- Notice Regarding the Termination of the BABYLON’S FALL Service -

BABLYON’S FALL is an action RPG produced by Square Enix and developed by PlatinumGames.

Become a Sentinel, a chosen warrior powered by the mysterious Gideon Coffin grafted to your back. The Gideon Coffin is a symbol of your servitude to the Domitinian empire, but it's also the only thing that will keep you alive as you claw your way through the titanic Tower of Babylon and confront the untold terrors that lurk within.

In BABYLON’S FALL, experience the refined, high-quality PlatinumGames action seen in titles like NieR: Automata in a high-octane hack-and-slash adventure. As a Sentinel, you'll gain the ability to wield a mighty arsenal of up to four weapons; one in each of your human arms, and two more held by the spectral tethers that extrude from your Gideon Coffin. Experiment with different weapon and armor combos and explore the virtually limitless array of strategic possibilities.

Finally, the greatest allure of BABYLON’S FALL is its 4-player online multiplayer action, which will be supported with regular updates post-launch and at no additional cost.

BABYLON’S FALL, a collaboration between Square Enix and PlatinumGames, is available on PlayStation®5, PlayStation®4, and Steam.

In PlatinumGames’ first live-service title, you can matchmake with up to 16 players via the “Sentinel Force HQ” hub area, and form a party of up to 4 before taking on various quests. 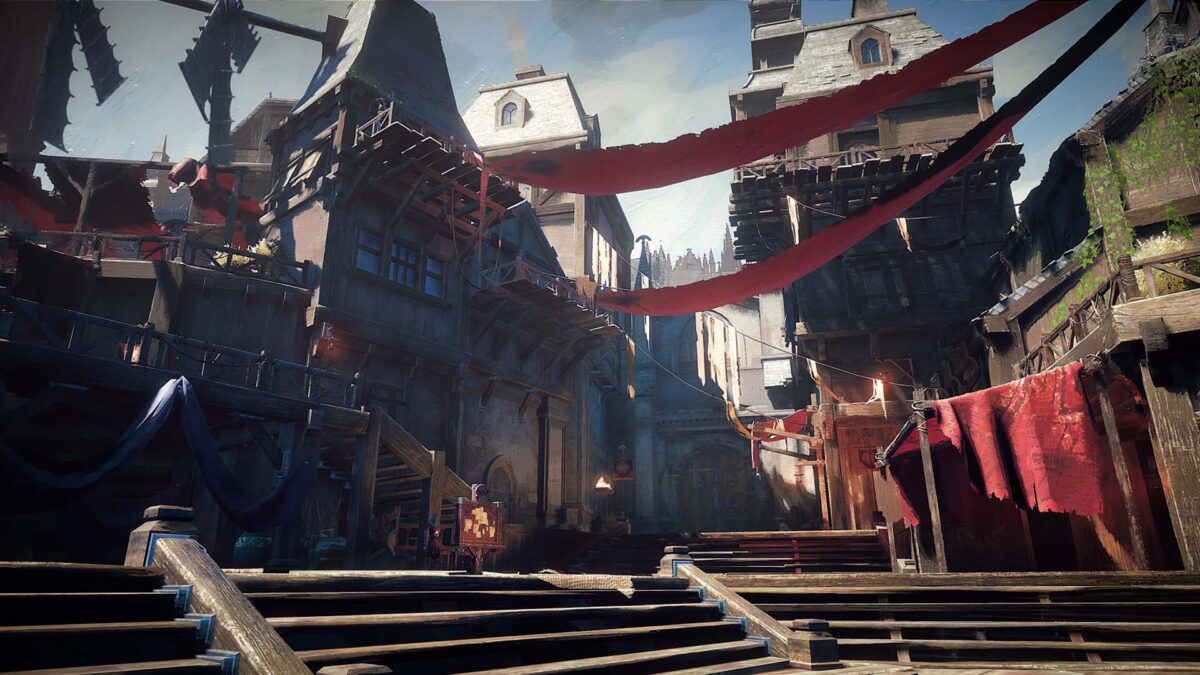 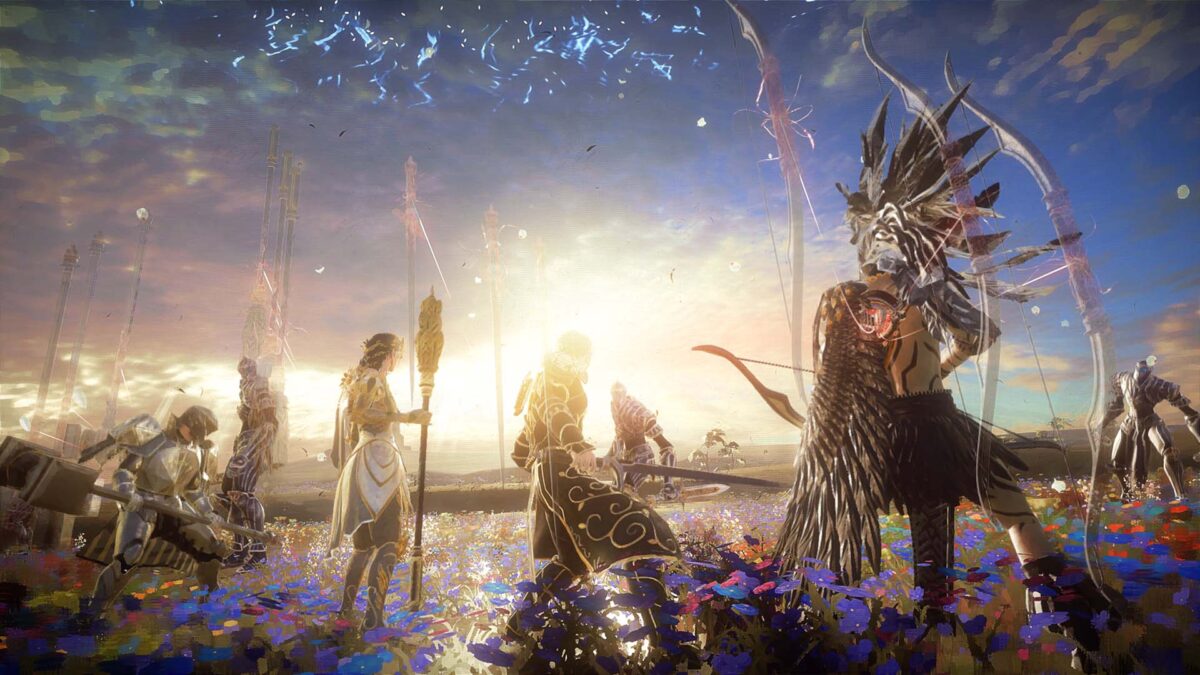 Each Sentinel Force HQ has a QuestBoard where you can choose from a wide selection of exciting and perilous adventures.  While at HQ, you can also tweak your loadout and stock up on items to make sure you’re in perfect form for your next foray into the Tower of Babylon!

Completing quests will reward you with powerful weapons and armor, allowing you to take on even more formidable foes. Collect loot, and experiment with different loadouts to create a build that suits your unique playstyle!

The highly tactical battle system lets players wield up to four weapons at the same time; one in each hand and two more manipulated by the ethereal Gideon Arms, which also enable mighty Spectral Attacks.

Sentinels can switch between three attack modes with different actions and attacks: Standard, Power, and Technical. This lets them adapt to enemies, partners, and the battlefield as needed. 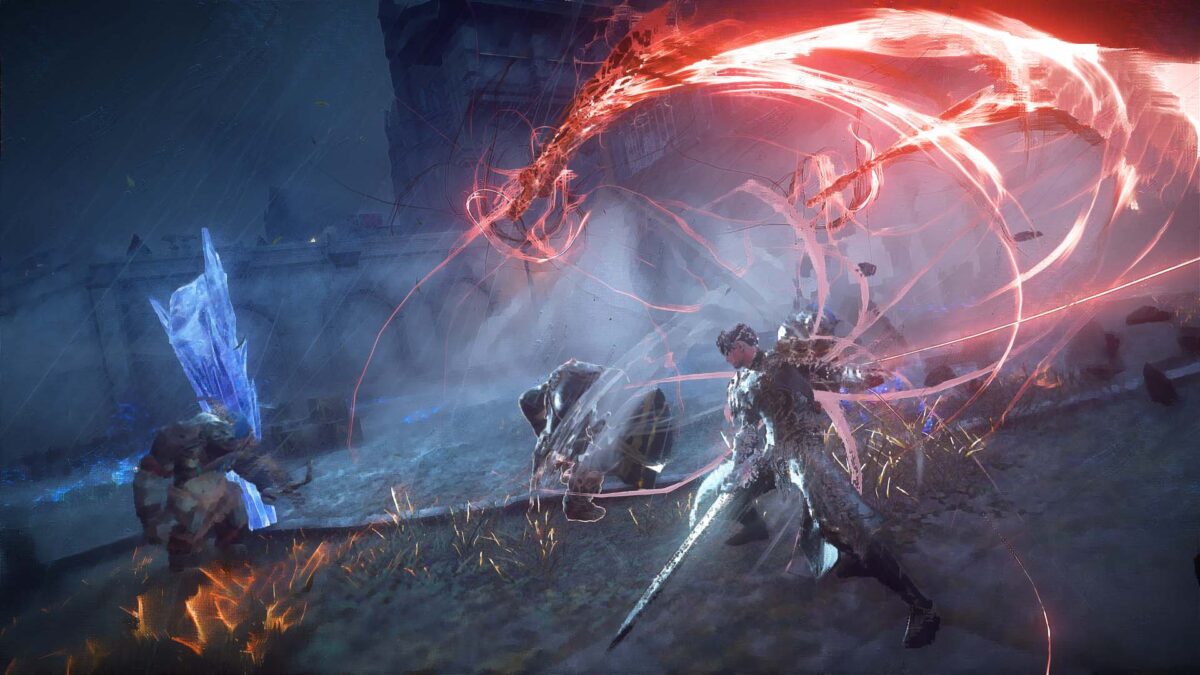 Balanced weapons with great versatility. Attack speed can be increased by up to three levels by landing continuous combo attacks.

Sword Spectral Attacks allow you to throw the blade to strike at medium range. 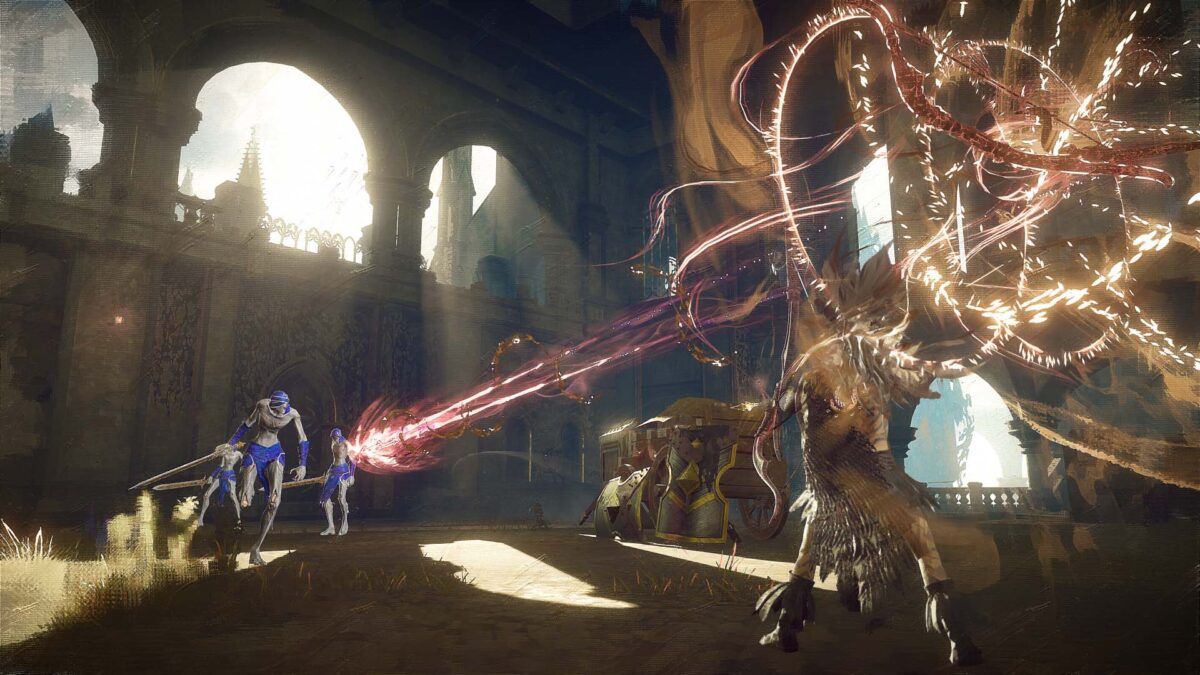 These ranged weapons can be fired while moving. Their firing speed increases as combo finishers are landed, and they can also fire powerful charged shots.

Bow Spectral Attacks unleash an especially deadly shot that can also be charged. 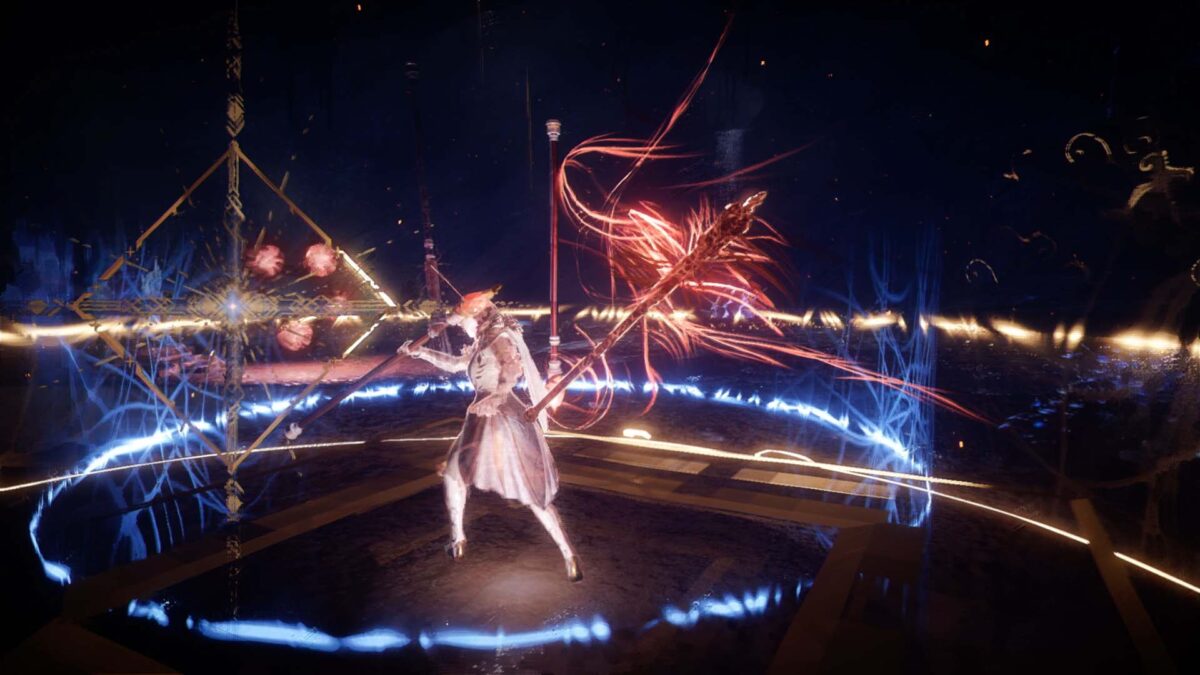 Rods fire potent magical blasts that can be charged, and can also create enhancing or debilitating fields, giving rod users a large repertoire of tactical choices. 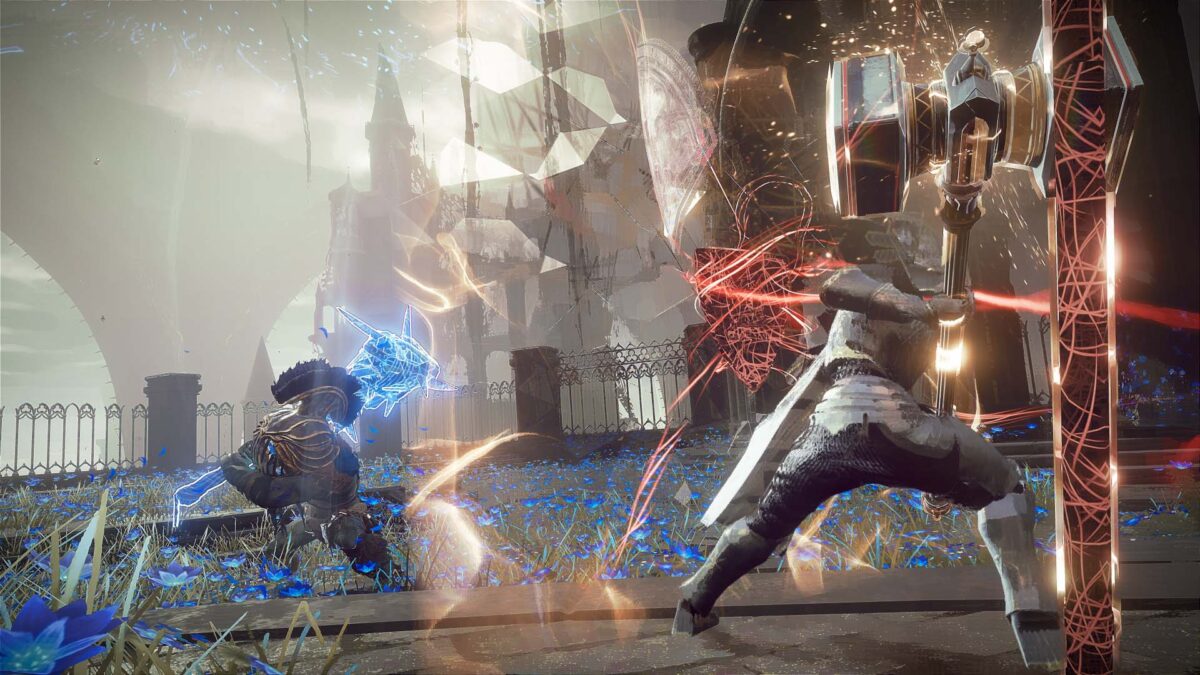 Hammers can deliver powerful charged attacks, and taking a blow while charging will increase the damage dealt even further. While wielding this rage-powered weapon, hammer users can also use a Battle Cry to generate threat and turn enemies toward themselves.

Hammer Spectral Attacks can be charged to smash with unbelievable power. 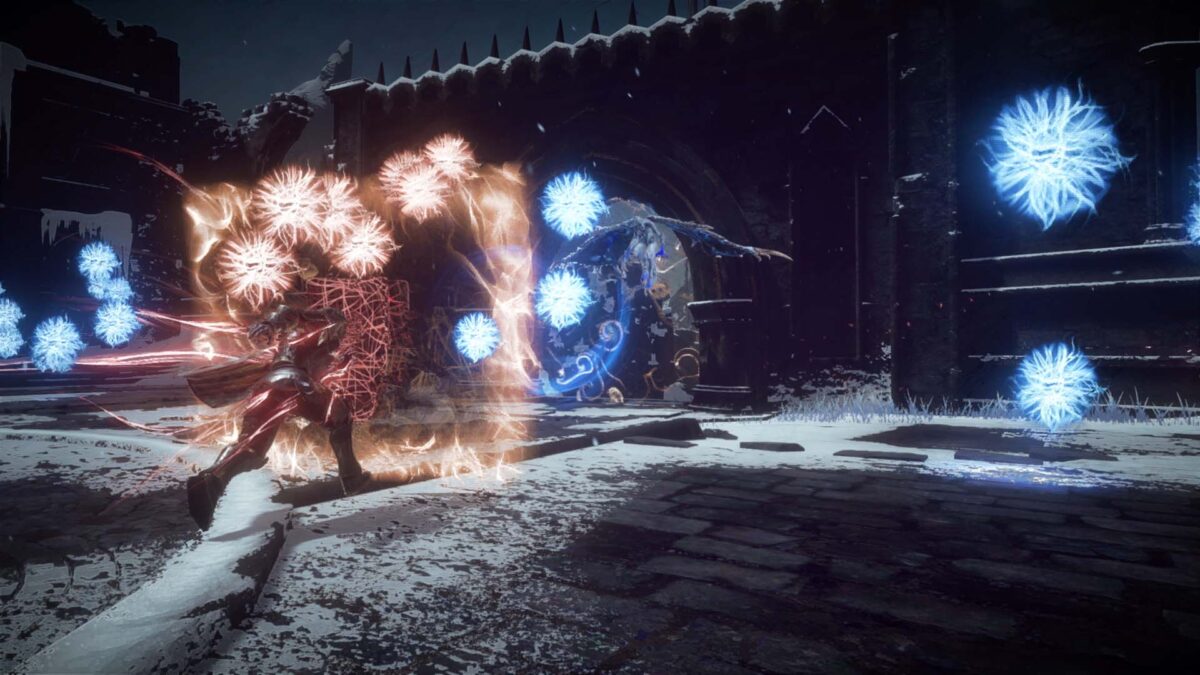 Shields can be used to reduce damage taken from attacks or parry them and counter. The power of the next parry increases based on the amount of damage absorbed.

Equipping a Gideon Arm with a shield allows you to summon a Shield Wall, absorbing all incoming damage in a wide frontal arc. Equip both Gideon Arms with shields and you can even reflect enemy projectiles.

Various ranged actions can be performed using the special “Gideon Gut” tethers that stretch from the Gideon Coffins on Sentinels’ backs, like launching yourself at enemies or lifting and throwing objects. There are also some Gutwork actions that are unique to specific factions. 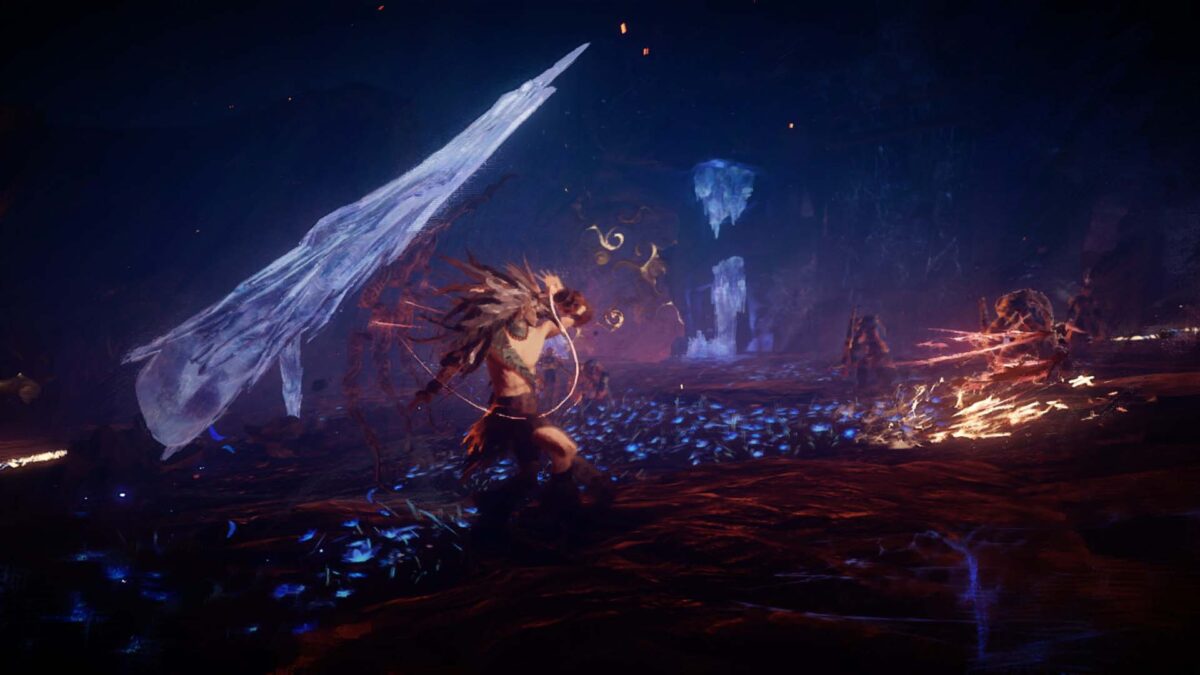 Grab pillars of debris and fling them at foes for big damage. 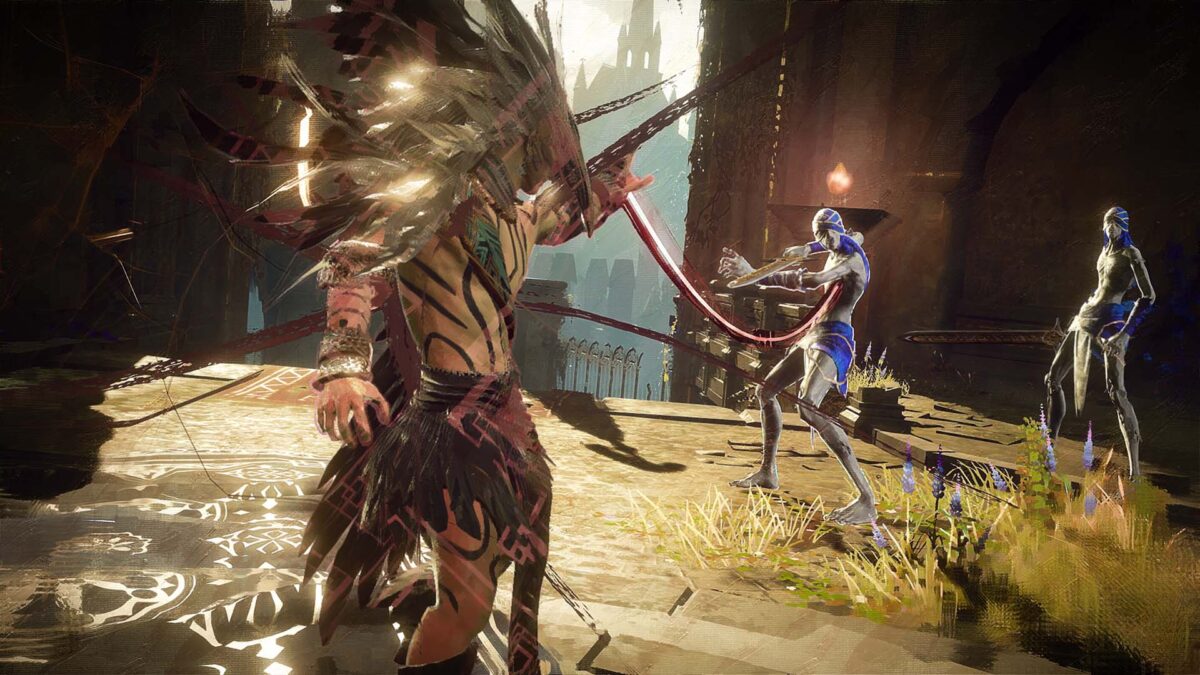 Snare an enemy with Gideon Gut and gradually debilitate them. 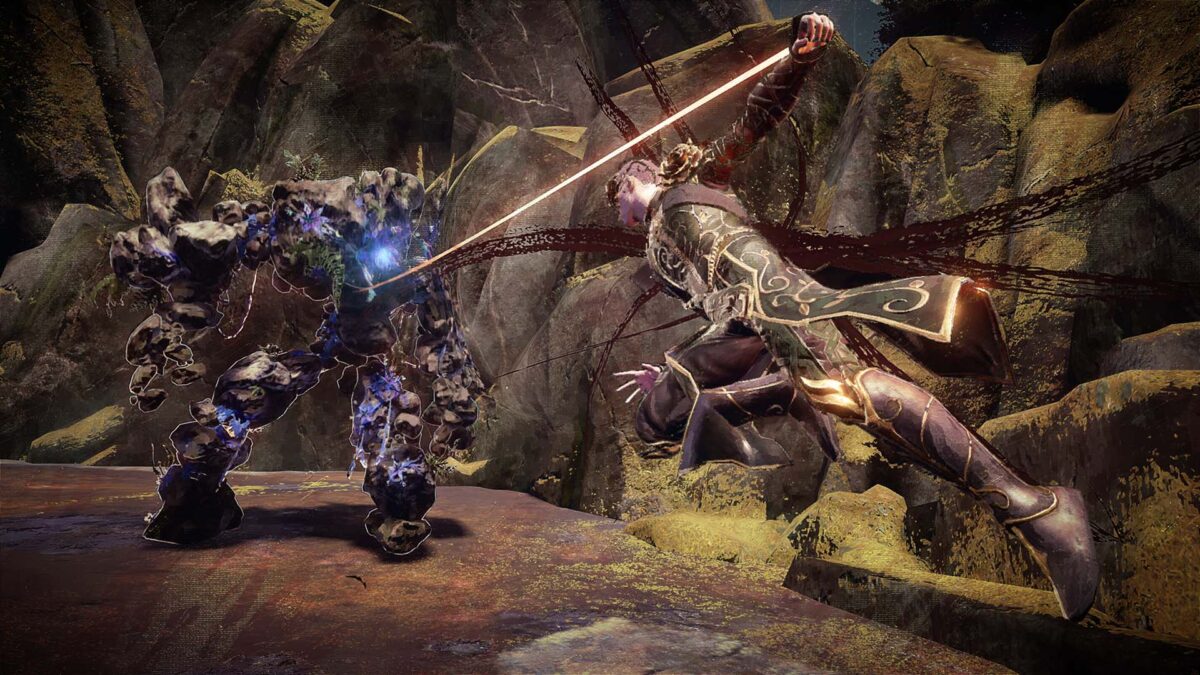 Rapidly close the distance to a tethered enemy. 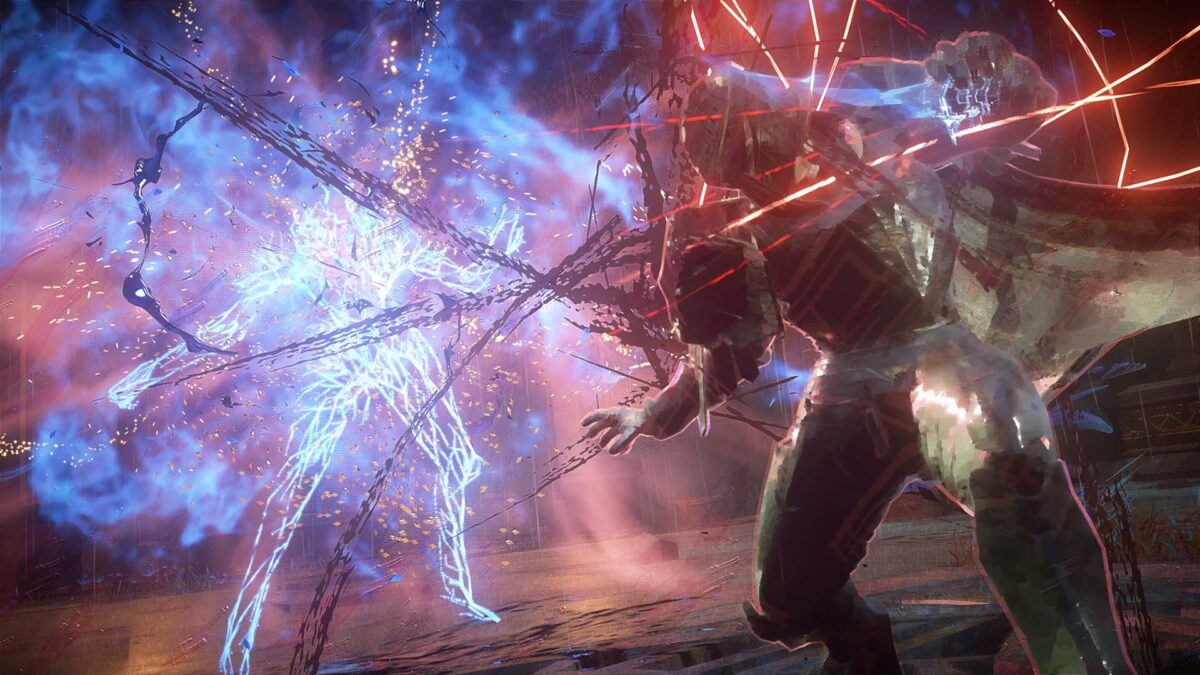 Hook the Gideon Gut to a dead or staggered enemy to siphon their soul, regenerating your HP and SP.

The unique world of BABYLON’S FALL is depicted using an original “Brushwork Filter” that gives it a look reminiscent of medieval oil paintings come to life.

As you uncover the secrets of the Tower of Babylon, you will proceed through a number of beautiful and impressive new worlds. 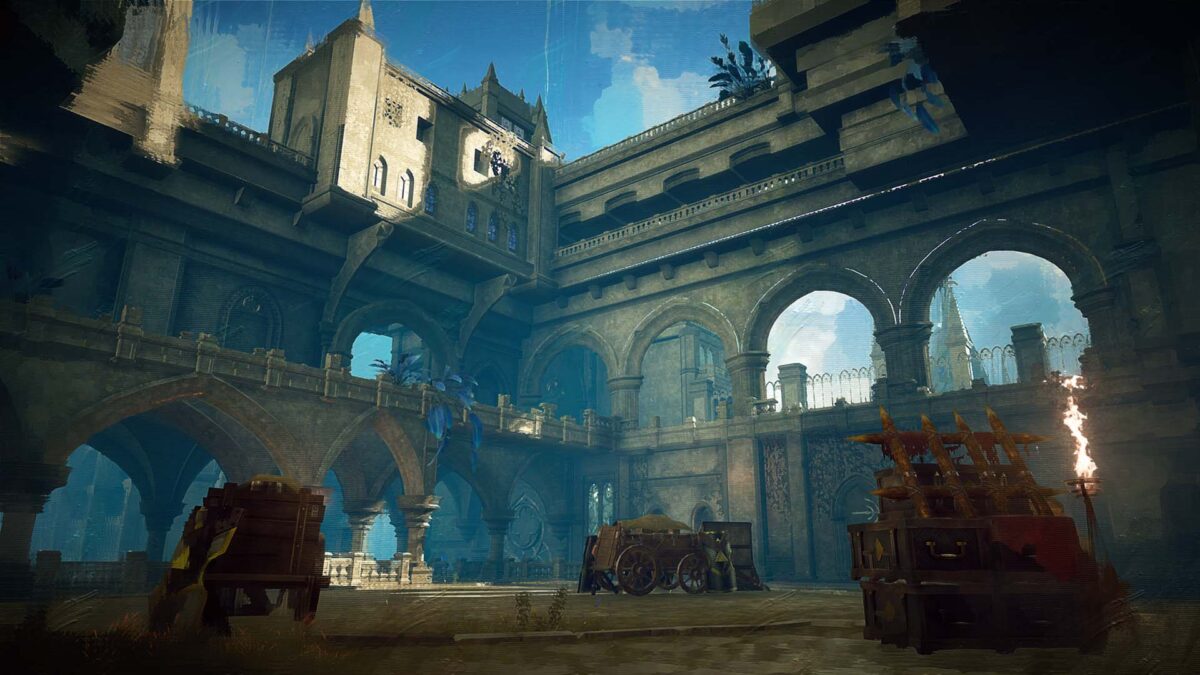 The lowest level of the Tower of Babylon, where citizens of the empire live. Because of constant Gallu attacks, citizens are restricted from leaving their homes, and the Cloister feels deserted despite the high population. 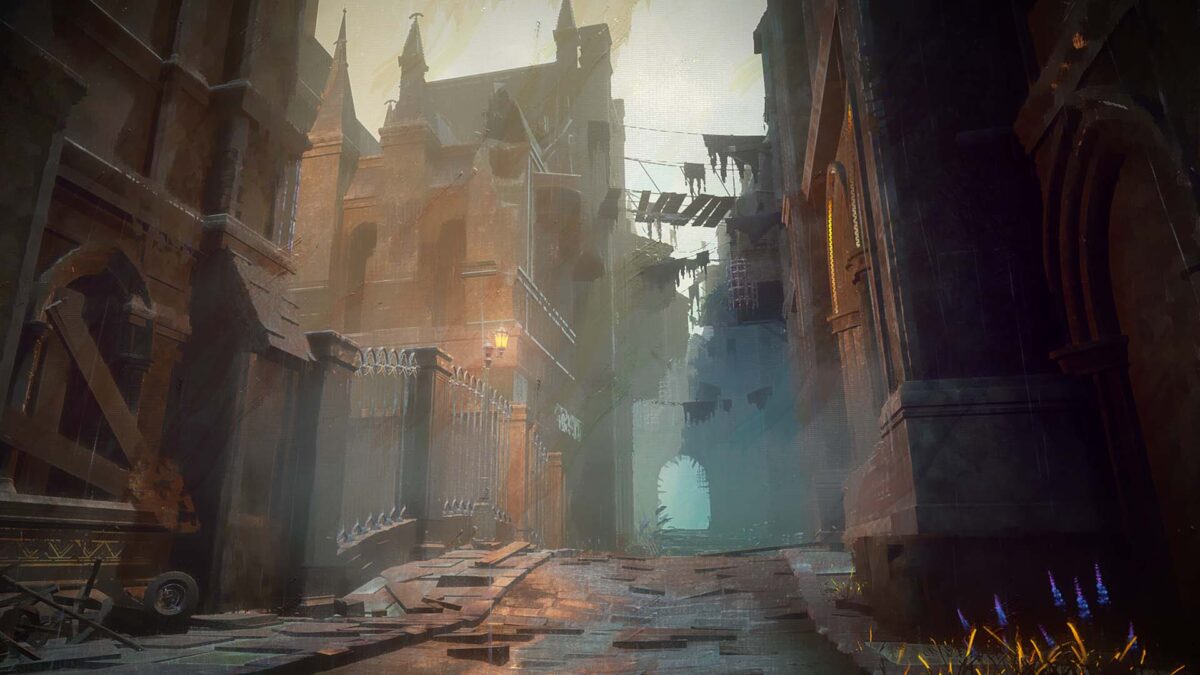 The outer edge of the area of the Tower of Babylon still under human control, surging with refugees, dissidents, criminals, and all others abandoned by the empire. Much of it is submerged underwater leaking from the Frozen Cloister. 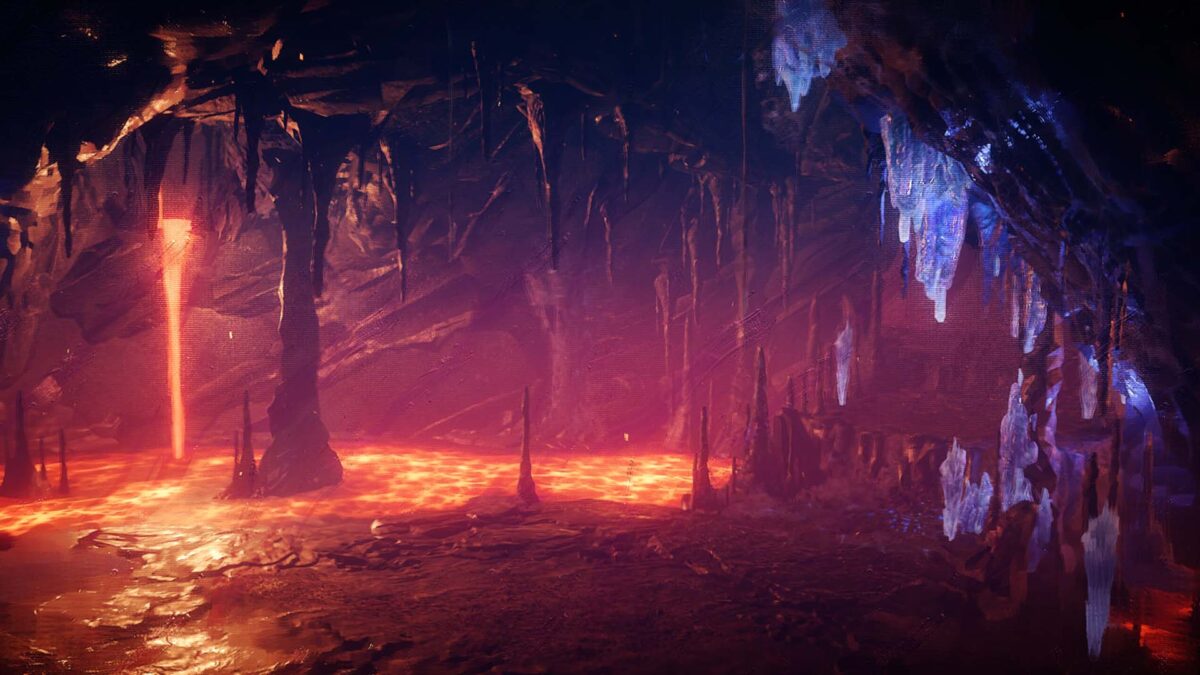 A cloister located near the center or the Tower of Babylon that resembles a volcano. Containing dark forests and lava-filled caves, it is home to scenery one would not expect to find atop a tower. 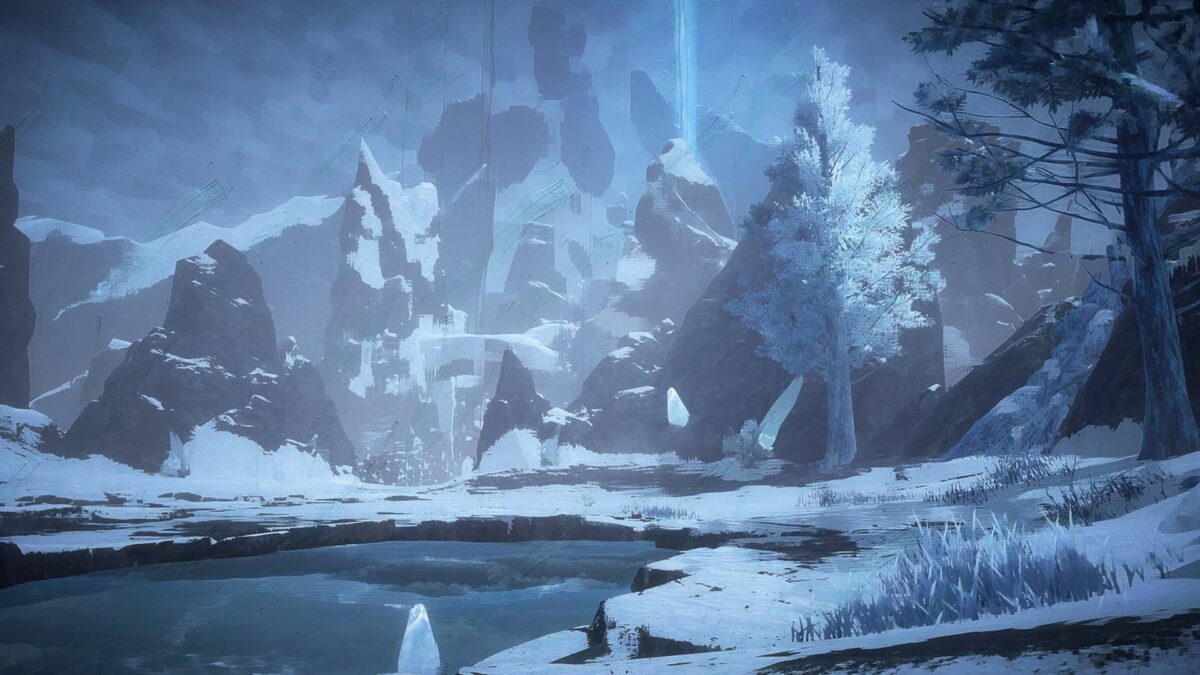 A snow and ice-covered cloister located in the upper part of the Tower of Babylon, above the clouds and below freezing point. It is a dangerous area that, in addition to being completely under enemy control, carries the constant threat of falling to your doom.

Sony revealed a new trailer for BABYLON’S FALL during their State of Play broadcast for December 10.

Square Enix unveil BABYLON'S FALL, along with this announcement trailer, at their E3 Showcase.