In 2009, Bayonetta had the whole world spellbound. Five years later, the witch is back in the ultimate action game – and the stakes are higher than ever before.

Bayonetta returns with a captivating new look, more beautiful and more merciless than ever. Now able to summon infernal demons mid-battle, she’ll use her new powers to face off against the most powerful beings of Inferno, Paradiso, and beyond.

Keeping the intuitive controls and explosive action that made the first title a success while offering an array of new content, Bayonetta 2 represents the climax of climax action.

The information on this page concerns the Wii U version of Bayonetta 2. For more information specific to the Switch version, please see here: Bayonetta 2 for Nintendo Switch

Over-the-top action around every turn! 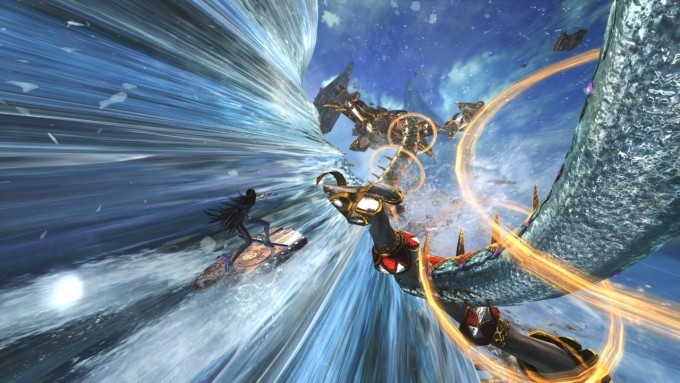 Bayonetta 2 throws you into a vortex of climax action faster than any game before. Its suspenseful gameplay will keep you on your toes, testing your response time from the moment it begins, right up until the ending credits. Experience a level of nonstop gameplay that exceeds all expectations. 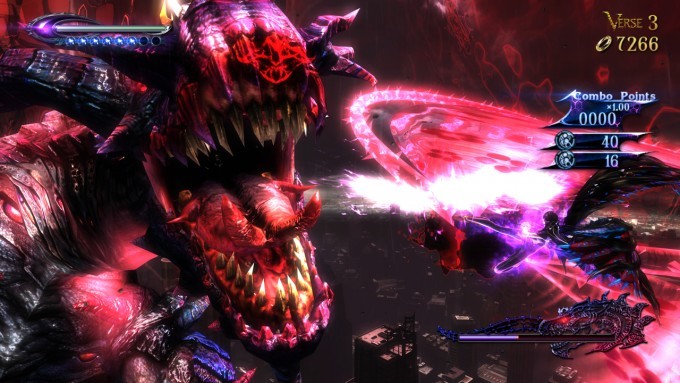 Smooth, natural controls were an integral part of the original Bayonetta’s success, and Bayonetta 2 continues the tradition with controls that’ll make you feel right at home. With enhanced response time, a liberating variety of powerful moves, and an incredibly diverse range of weapon combinations, Bayonetta 2 must be played to be believed. 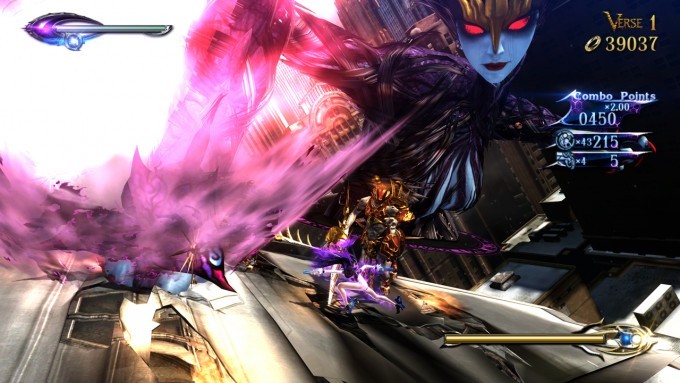 Following in the footsteps of the original, Bayonetta 2 marries gunplay to combo-based melee combat. Several all-new weapons are available this time around, allowing you to try several combinations and find the play style that best suits you. 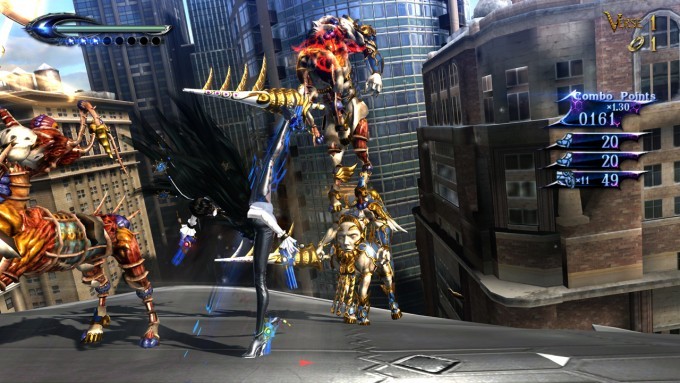 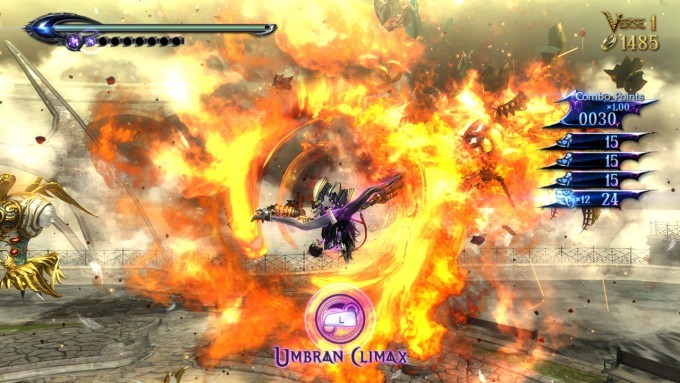 Bayonetta, like the good witch she is, has brought even more Torture Attacks this time around to punish those naughty angels. After you’ve had enough fun, finish them off with an extra dash of Umbran sass. 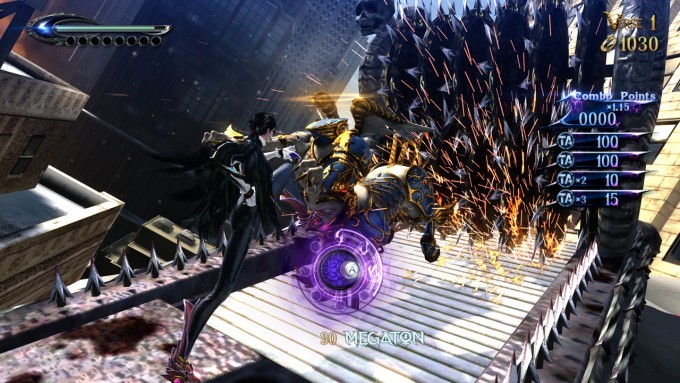 In the original Bayonetta, Bayonetta would finish off gigantic boss angels by feeding them to a massive Infernal Demon.
Now Bayonetta has the power to call forth these demons in regular battles as well. With Umbran Climax, you’ll feel the adrenaline of throwing your enemies to the mercy of demonic creatures of terrible size and strength. 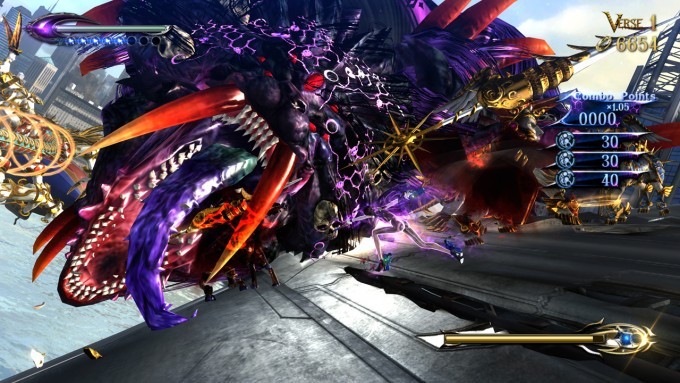 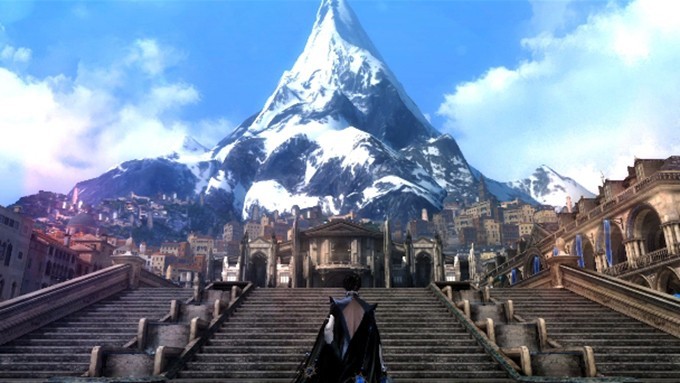 Bayonetta and Jeanne have enjoyed a few months’ peace since Balder’s defeat.

Then, suddenly, as they finish up their Christmas shopping, they’re beset by a flock of angels. Bayonetta summons the Infernal Demon Gomorrah to dispatch the heavenly host – but Gomorrah goes berserk and turns on the witch. Jeanne, noticing Gomorrah’s strange behavior first, pushes Bayonetta out of harm’s way… at the cost of receiving a lethal blow herself. Bayonetta watches as her friend’s soul is ripped from her body and dragged to the depths of Inferno.

With precious little time until Jeanne’s soul is lost forever, Bayonetta makes her way to the sacred mountain of Fimbulventr, at the ends of the earth. What awaits her there, however, remains to be seen… 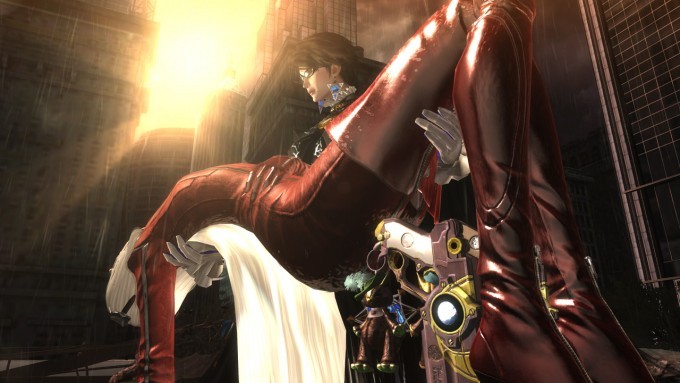 The original Bayonetta found our heroine borrowing the powers of unholy demons to fight against armies of angels. This time, however, the tables have turned once again, and not even the demons Bayonetta had previously relied on can be trusted. Bayonetta will fight deadlier enemies than ever before, across unseen dimensions – including the depths of Inferno itself – to save her truest friend.

The shadow remains cast – now on Wii U! 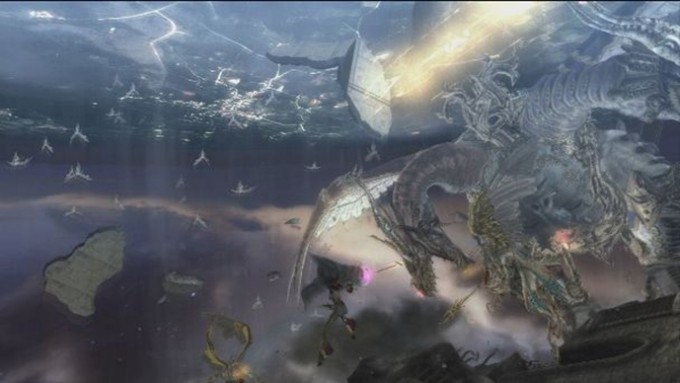 Bayonetta has sold over two million copies worldwide since its 2009 release on Xbox 360 and PlatStation 3. If you haven’t played it, don’t worry: Bayonetta 2 comes packed with a Wii U port of the original title!
This package is the perfect chance for fans old and new alike to take a step back and see the twisted tale of the Umbra Witches as a whole. 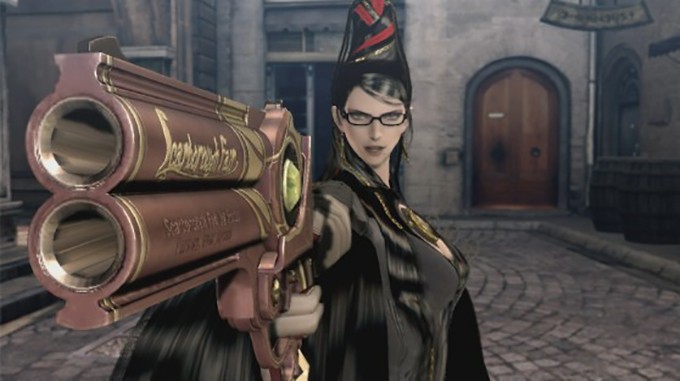 Not your average port

With its move to the Wii U, Bayonetta has gained full touch control support, allowing players to use their stylus to control Bayonetta’s actions throughout the entire game. Families with children a bit too young for Bayonetta’s beguiling charms will be glad to know that play can be switched from the TV to the Wii U GamePad at any time. The port is also Miiverse compatible, so you can share your best results and favorite screenshots with other Bayonetta fans across the globe. You might even be able to find someone who can give you some friendly pointers on that one area where you just can’t seem to earn a Pure Platinum rank…

A collaboration only possible on the Wii U

Fans loved unlocking stylish, new costumes for Bayonetta in the original title. Now, on the Wii U, Bayonetta has taken some fashion tips from famous Nintendo characters with some head-turning results. Princess Peach, Link, Samus – Costumes inspired by all three are available from the moment you turn on the game. These costumes provide a surprising twist on gameplay, even for players who think they’ve already seen all Bayonetta has up her oh-so-fashionable sleeves. 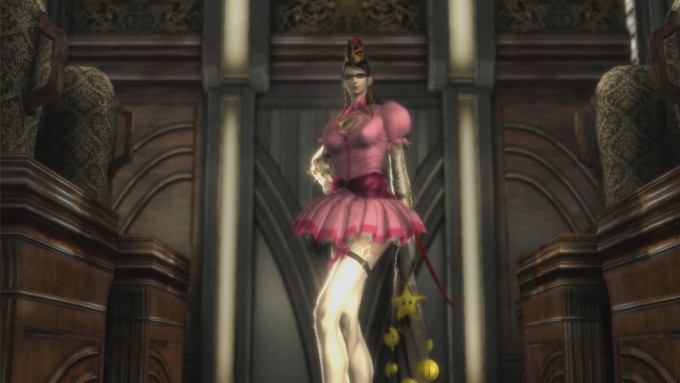 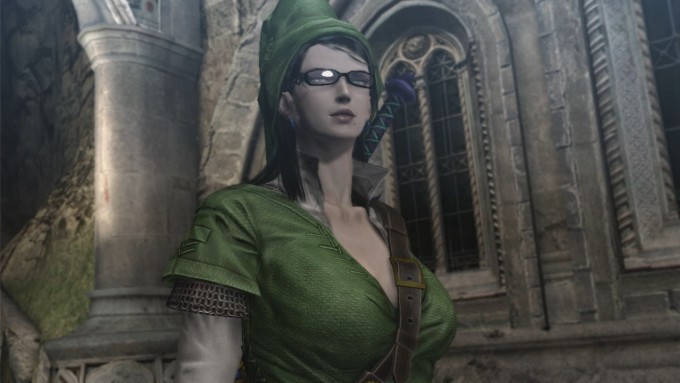 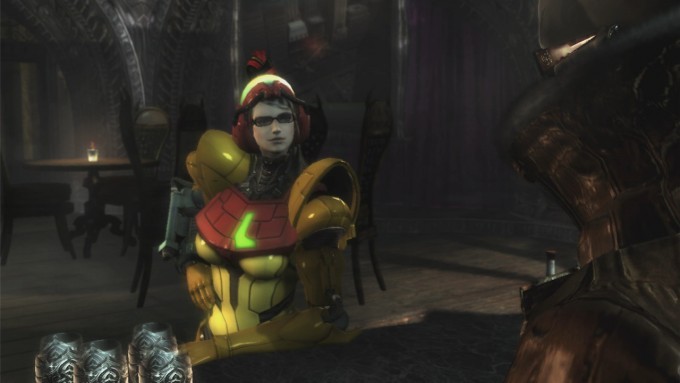 Bayonetta makes her Super Smash Bros. debut on Nintendo 3DS and Wii U.

Bayonetta is announced as a playable character for Super Smash Bros. for Nintendo 3DS/Wii U on Nintendo Direct. (18:00)
MORE

A 5-CD Complete Soundtrack released, with 183 tracks in total!
MORE

This giant stand-up poster was created for PlatinumGames’ Night, an event held to celebrate the release of Bayonetta 2.

The Time has Come Trailer

This trailer was shown at a Nintendo Digital Event during E3 2014.

Did You Miss Me? Trailer

This trailer was shown to announce the game on the Nintendo Direct Wii U Preview.