I’m very happy that PlatinumGames chose me to be the composer for SOL CRESTA, the first title in their NEO-CLASSIC ARCADE series. A few months before I received the offer, by sheer coincidence and just for fun I had copied Terra Cresta’s music using the PC-88’s FM sound source so from a technical standpoint, I was already prepared to start. 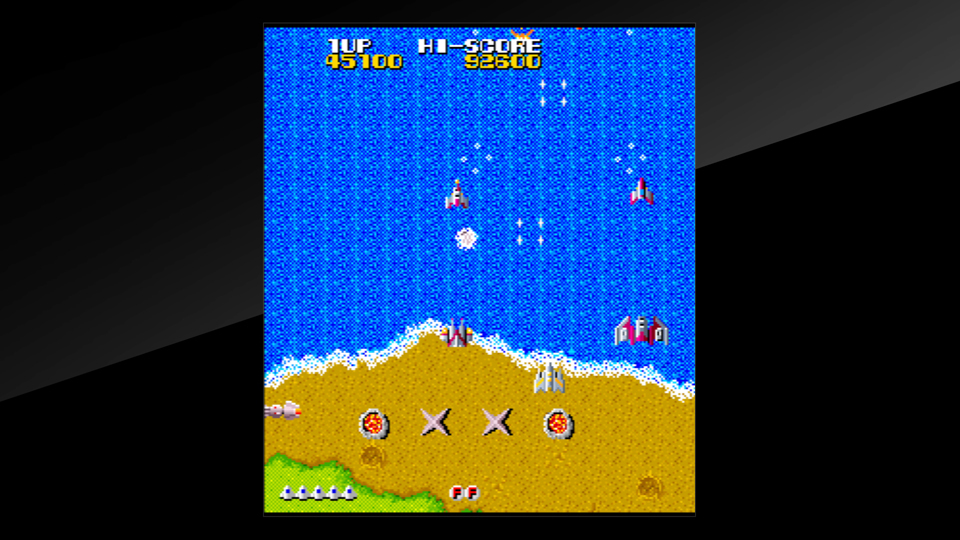 The first thing I was asked to do was to use the sound creation knowhow of that era as a base, and “elevate” that sound to a “Neo” level. I asked myself “If I had been a member of Nichibutsu’s sound staff and were to make a new arcade board, how would I do it?” Then I thought of the Yamaha YM2151 chip with a 16-channel PCM.

Using that I quickly made a demo track… but sadly it was rejected. The reason was that the melody was too much like that of a certain company’s shooting games, but that’s one of my habits, so I changed gears and pondered further.

While consulting with PlatinumGames, I thought once more about what would be fitting as the “Neo“ successor to the Cresta series. I thought it might be good to more actively emulate the sound of Kenji Yoshida, the composter of Terra Cresta’s music, but I was told to put my style in the forefront, so keeping that in mind I then thought it might be good to use the Yamaha YM3526 (OPL) chip, the most distinctive for the Nichibutsu sound. However, that alone wouldn’t be enough to get the “Neo” feel, so I decided to upgrade to the YM3812 (OPL2) chip, lining up about 8 of them to get a good, heavy sound. That became the core of SOL CRESTA’s FM sound.

Then it was time to start composing the music, but there weren’t any good programs that could emulate the OPL and at first, I used a free program called JuceOPLVSTi. However, while the sound itself was very similar, the functionality and stability weren’t up to the level that I wanted, and it took a lot of effort to use it effectively.

Unsure what to do I took to Twitter and asked if anyone knew of a good OPL program, and a developer at Plogue, based in Montreal, offered their chipsynth PortaFM synthesizer. It’s a wonderful, elaborately made emulator that was able to replicate the classic Nichibutsu sound. In addition to this emulator, I also used a 3-channel PSG, a 16-channel PCM, and a virtual sound module designed with reverb, delay, and choral external effects to work on composing. 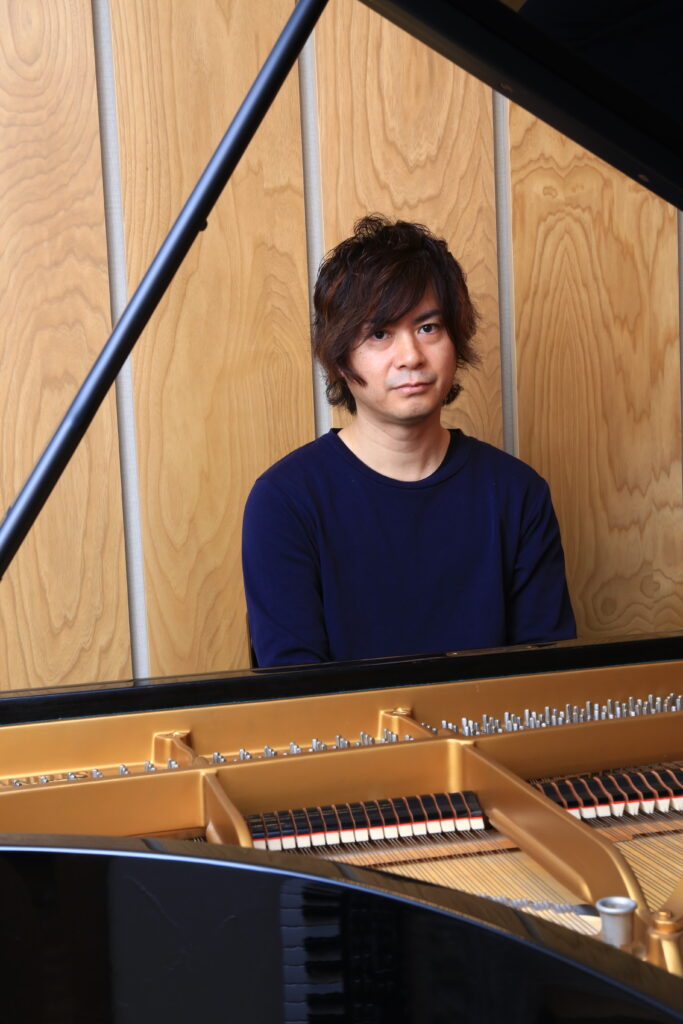 Hiroshi Yamaguchi from PlatinumGames is in charge of sound direction. He’s done excellent compositions for games like Bayonetta, and he also composed the music for the SOL CRESTA April Fools’ trailer. Hideki Kamiya and Takanori Sato, also from PlatinumGames, have been giving advice from the game production viewpoint as well, and the music of SOL CRESTA  has been composed through the teamwork of the four of us.

From the start of production until about halfway through development, the sound direction took a lot of twists and turns. Personally, I was very attached to the FM sound source version of Terra Cresta’s music, but Mr. Kamiya preferred the PSG version, so we tried compromising and putting in both versions. Also, while I wanted to focus on the original music, PlatinumGames wanted the “Koshiro sound,” so there were a lot of revisions and iterations as we tried to include the best parts of everything. I can proudly say that the result is a “Neo” sound that embodies everything we hoped to achieve. 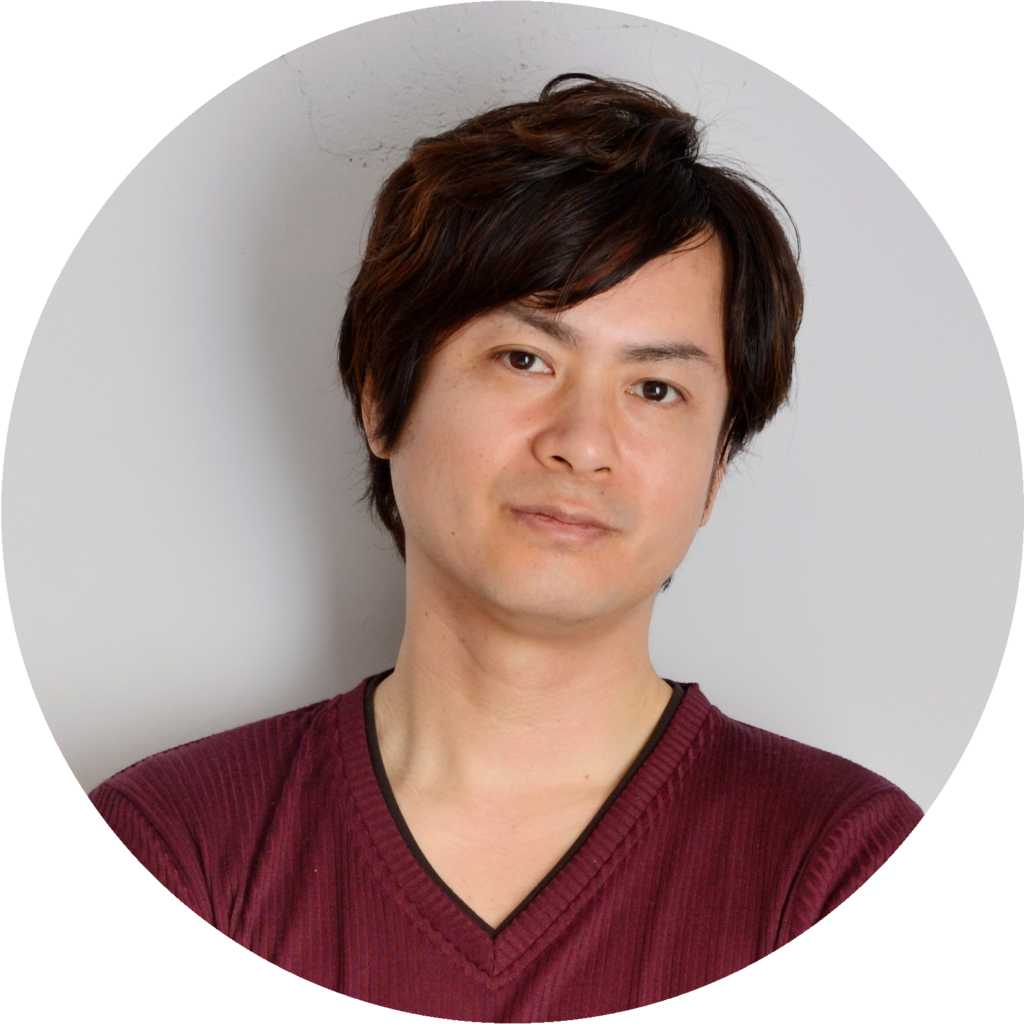 Yuzo Koshiro was born on December 12th, 1967 in Hino, Tokyo. The son of an artist and concert pianist, Koshiro studied the piano, violin, and cello from a young age and studied with legendary Miyazaki anime composer Joe Hisaishi from the age of 6.

Koshiro graduated from Nihon University Sakuragaoka High School in 1986. After that, he wrote for the personal computer hobbyist magazine Maicon BASIC Magazine published by Dempa Publications, under the pen name “YK-2.” Around the same time, as a sound programmer he submitted compositions for titles like Ys and Sorcerian to Nihon Falcom.

The catchy, aggressive sound was created with the Yamaha YM2203 sound chip, part of the PC-8801mkllSR series, and the music, with its distinctive baselines, also came to be known as the “Koshiro Sound” among game fans and became incredibly popular.

Afterward he continued to create music for PC game developers, and released a soundtrack CD under the Yuzo Koshiro name in 1986. It sold astonishingly well for an album in the game music genre, and firmly established Koshiro’s position as a game sound creator. It’s even said that the soundtrack for The Scheme sold more than the actual game.

Koshiro’s style makes use of various genres like early rock, house, experimental, modern techno and trance, and orchestration, and is widely acclaimed both within Japan and internationally.

Koshiro was able to replicate the unique PC-8801mkllSR sound on the Nintendo DS for Etrian Odyssey in 2007 and Etrian Odyssey II: Heroes of Lagaard in 2008, displaying the “True Koshiro Sound” to the fullest and gained popularity not only with fans of older game music, but also from new players unfamiliar with his classic works.

In the world of game music, Yuzo Koshiro continues to be a game sound creator active at the forefront.