(Originally posted on the Japanese Bayo-blog on December 25, 2009, but withheld due to spoilers.)

Hello, I am an animator here at PlatinumGames. You can call me Nakajo. It seems early, but it is already Christmas, huh? The office building that houses PlatinumGames has an enormous Christmas tree that really sparkles and shines, attracting huge crowds of revelers even on the weekends. This is the third tree that has welcomed the Bayonetta project, but this year things have calmed down, so I was able to look at the tree in a new light. (Don’t ask what it was like before this year…) 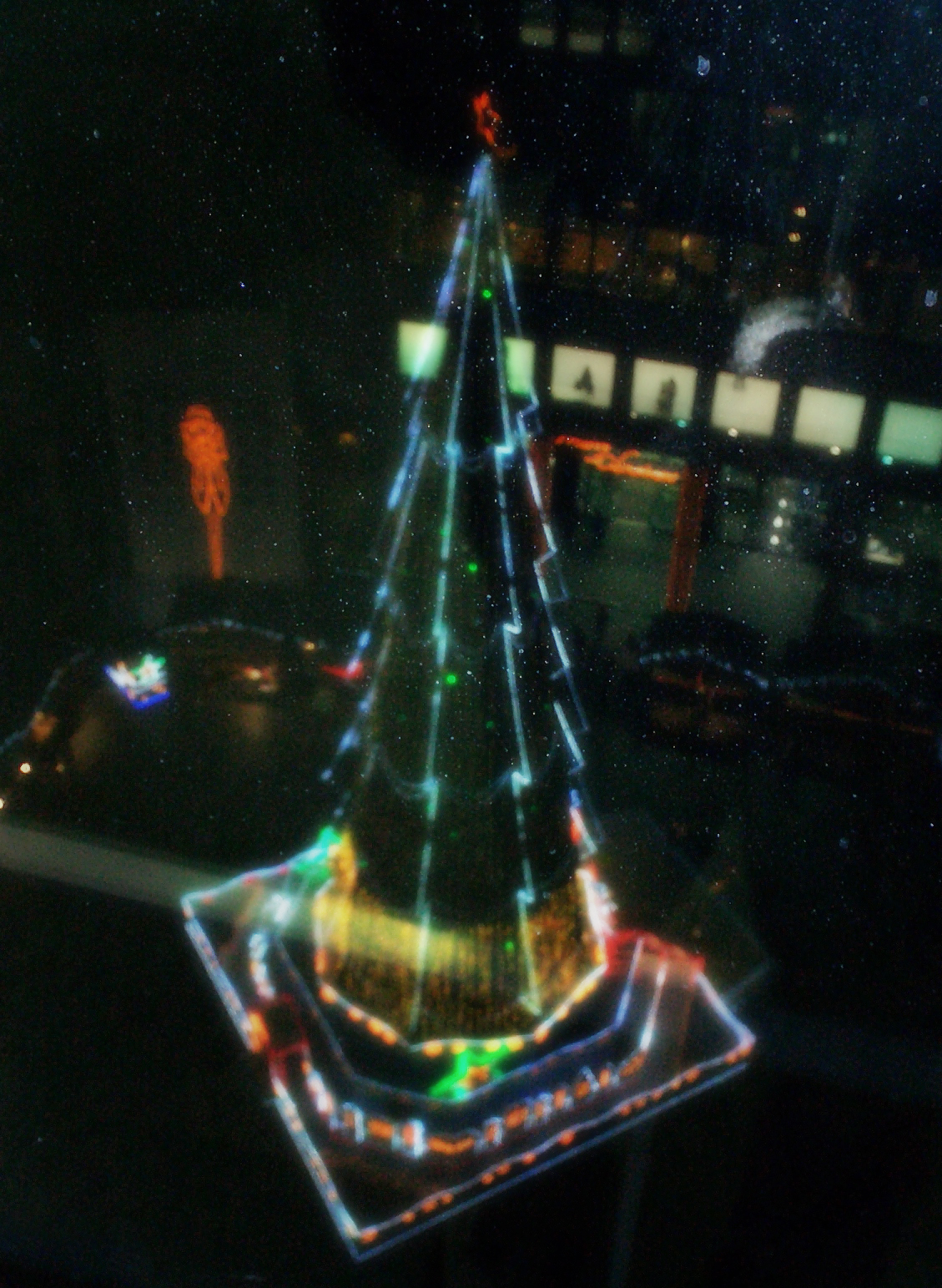 About My Role on Bayonetta
I jointed Team Little Angels primarily as an enemy animation designer. The senior animators on the team have already gone over much of the animation here on the blog; however, I thought I would talk a little bit about one of the Cardinal Virtues, Temperantia, and the Infernal Demon summon that finishes off the boss.
(I thought the animators’ blogs were finished up with Uchi’s blog… But I got called in to write one… I’m writing this now half-crying because I just couldn’t figure out what to include…)

When animating the Temperantia fight, I worked making sure to absolutely avoid destroying the sense of scale, all the while paying attention to the sense the heft and speed the fight had. With something as big as Temperantia, getting a sense of heft and scale requires the attack motions to get bigger and bigger, so I had to go through numerous… numerous… numerous… revisions to make sure the attacks didn’t come from off-screen. (If you are attacked from off-screen, you can’t see the locus of the blow, making it impossible to dodge, right?)

Since the main part of Temperantia is SO big during that fight, the boss actually ends up being the stage, and we included various gameplay devices to this end. Some new big of gameplay would be put into the game and then go through numerous… numerous… numerous… revisions. (Again!!) 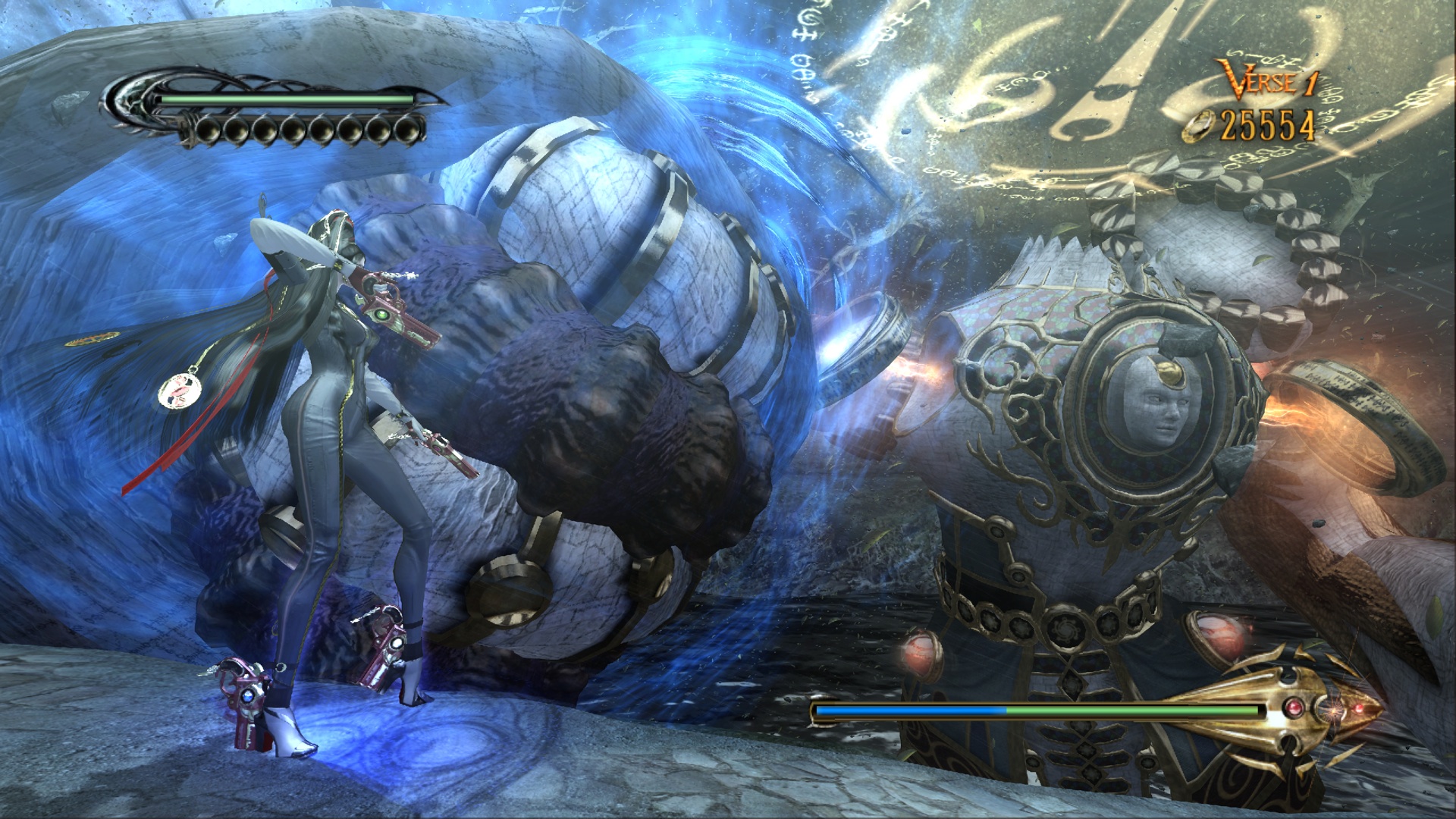 With the Infernal Demon summons, they would start by deciding Bayonetta’s summoning pose. Uchi-san also posted about the motion capture process in a previous blog, but I would patch things up using some of the stored motion capture data.

However, there is a limit as to how far you can use this data, and having things like “win poses” overlap with each other wouldn’t be good, so it was always a bit of a difficult situation when we’d begin to argue over poses:
“Hey, I’m using that pose already.”
“Really? I’ll look for something else…”

Once Bayonetta’s pose was locked down, I then moved on to how the Infernal Demon and Temperantia would interact. In Temperantia’s case, he is met by the six-armed demon Hekatoncheir. It was consulting with Kamiya-san, who wanted to make sure that this thing was powerful, that we decided to increase his number of arms from two to six. (Huh? He only used to have two… But six is three times as powerful! And three times as much work!! *cries*) During production, I got a really weird sweat and two or three times I thought that my soul might literally escape out of my mouth; however, I was able to finish the product.

Bayonetta is a game that holds many things and memories; however, having users play it and enjoy it would make me happy.

That’s all for now!