Vanquish was originally an open battlefield type of game, where the goal was to move around crushing enemy positions; however, once we got started with development, we quickly made the decision to change to a more linear structure. We abandoned the open battlefield and focused on making each stage as visually dense as possible. As a result, I think the graphics in Vanquish are really quite wonderful. It is one of the main points of Vanquish I want to recommend to people. (The only regret is that our decision decreased the amount of times the player uses boosting.)

Of course, arriving there was a struggle. Upping the visual density, increasing the contrast, making the special effects especially eye-catching, throwing tons of enemies on the screen… In an environment where we were doing whatever we pleased, it became pretty obvious that there was no good way of keeping your eye on the prize – the enemies you are targeting. I felt like I was being pin-pricked by the staff talking about how hard it was to see the enemies. Moreover, the enemy character that you see most often, a robot we call a Gorgie, was predominantly white. We had primarily gray backgrounds with white enemies. When you think about it from a realism standpoint, camouflage exists to make things difficult to see, so in that way things make sense, but from a game standpoint, it was not the best idea. I really liked the white enemies, so it took me a long time to come around to the idea of making them red. We also had to limit the number that we could put on screen at once due to hardware limitations. (This had the effect of limiting the huge amount of information we were throwing at the player, so I’m sort of on-board with this one.)

I’ve written quite a bit about it, but our art lead, Naoki Katakai and programmer Ryoichi tend to do whatever they please, and what they came up with was great, and I think our visuals are quite spectacular as a result. Thanks to all the staff that worked so hard on them. 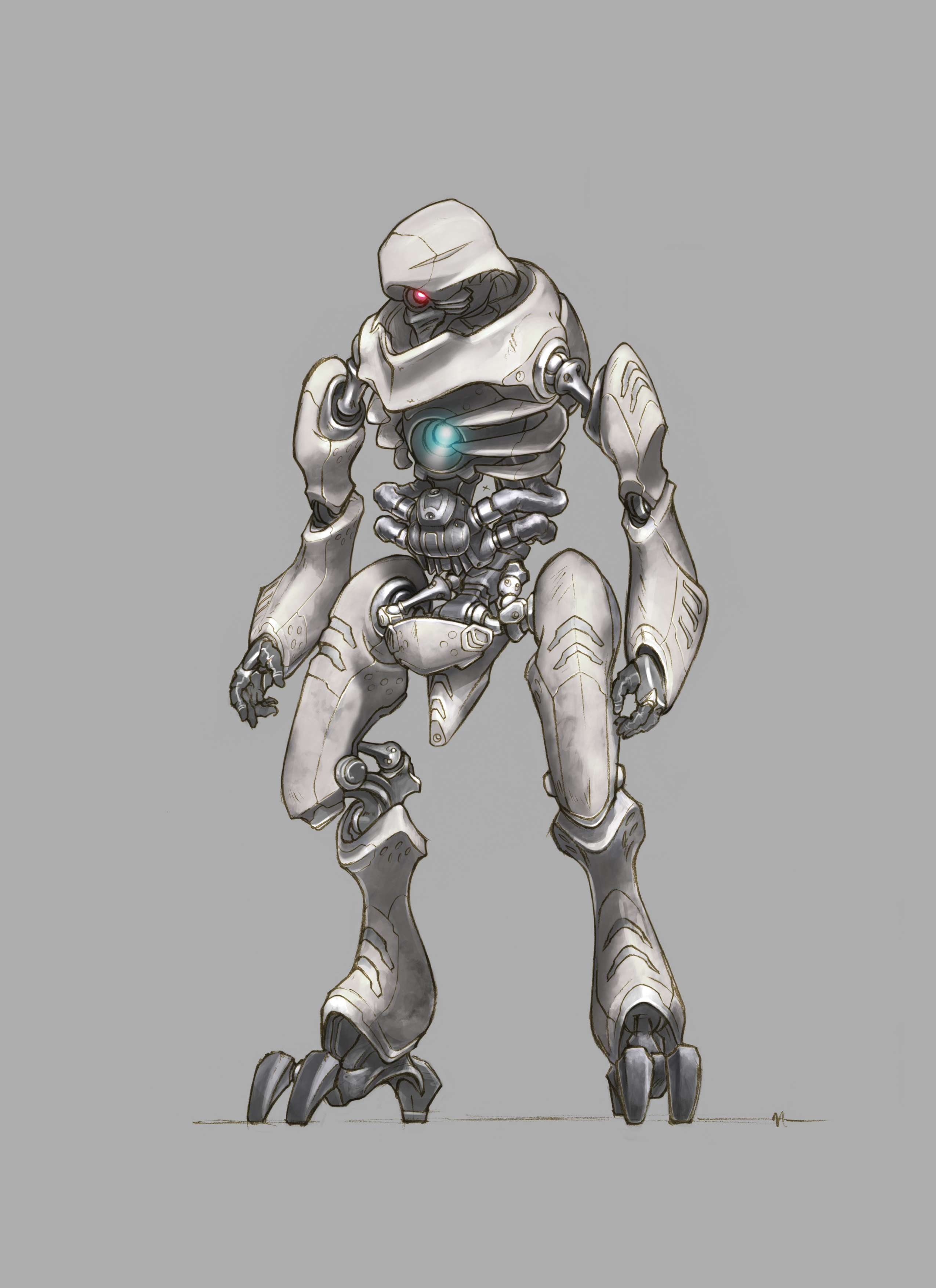 This is the initial conceptual design for the enemy known as a Gorgie. At first, they had white bodies… 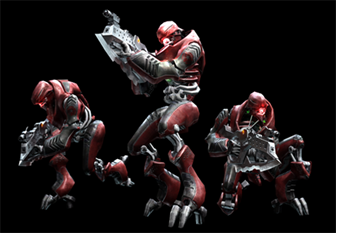 But they are red in the final design! 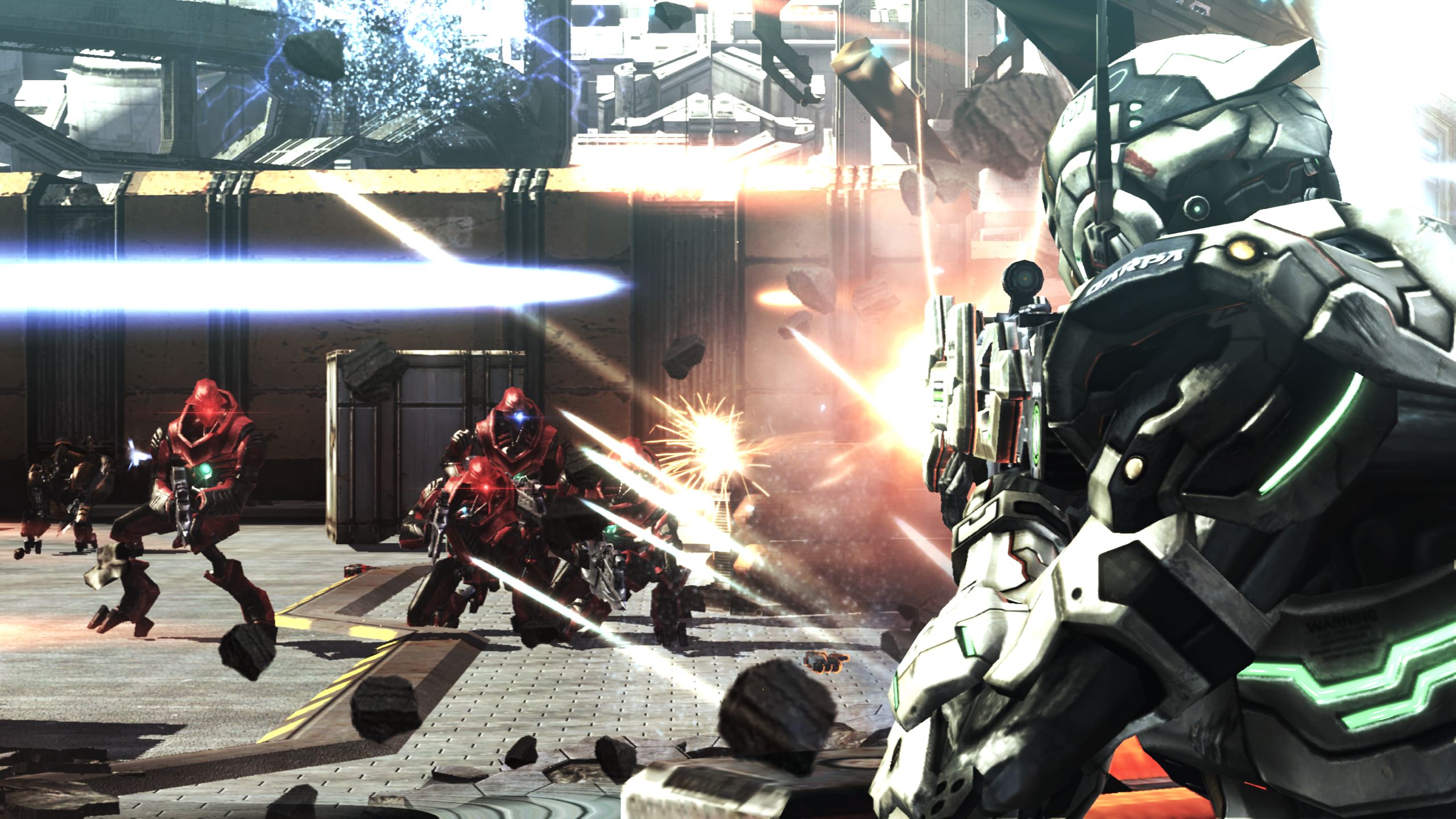 Once we made them red, they became much easier to identify in-game.