Well, this is the last entry for “my blog”…

For this entry, I think I’ll let you in on something that went on behind the scenes, and that is what we originally wanted Vanquish to become.

In our original vision for Vanquish, no one was actually inside Sam’s suit. Instead, it was a remotely operated robot with three different pilots who would take turns controlling the unit from afar. 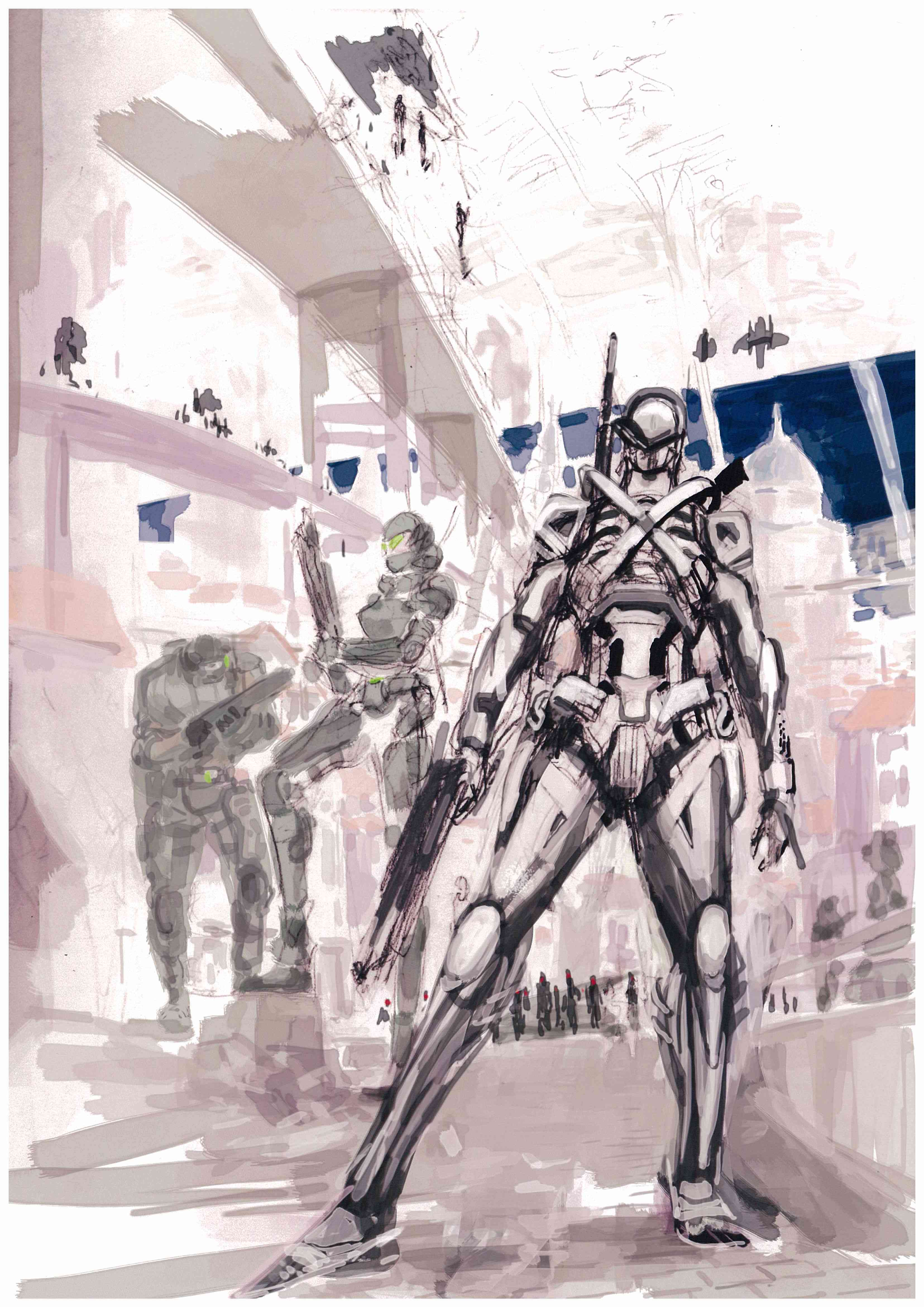 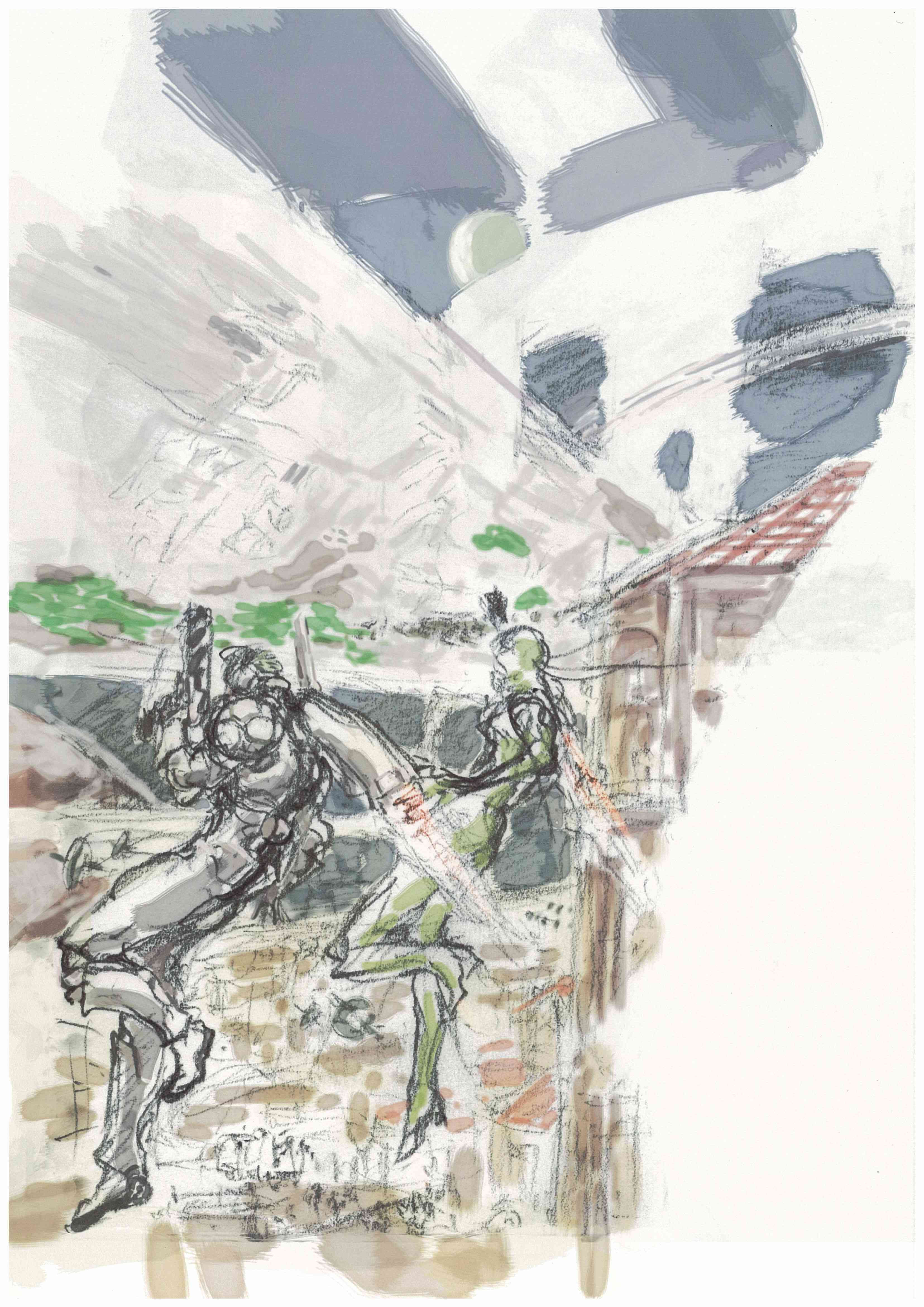 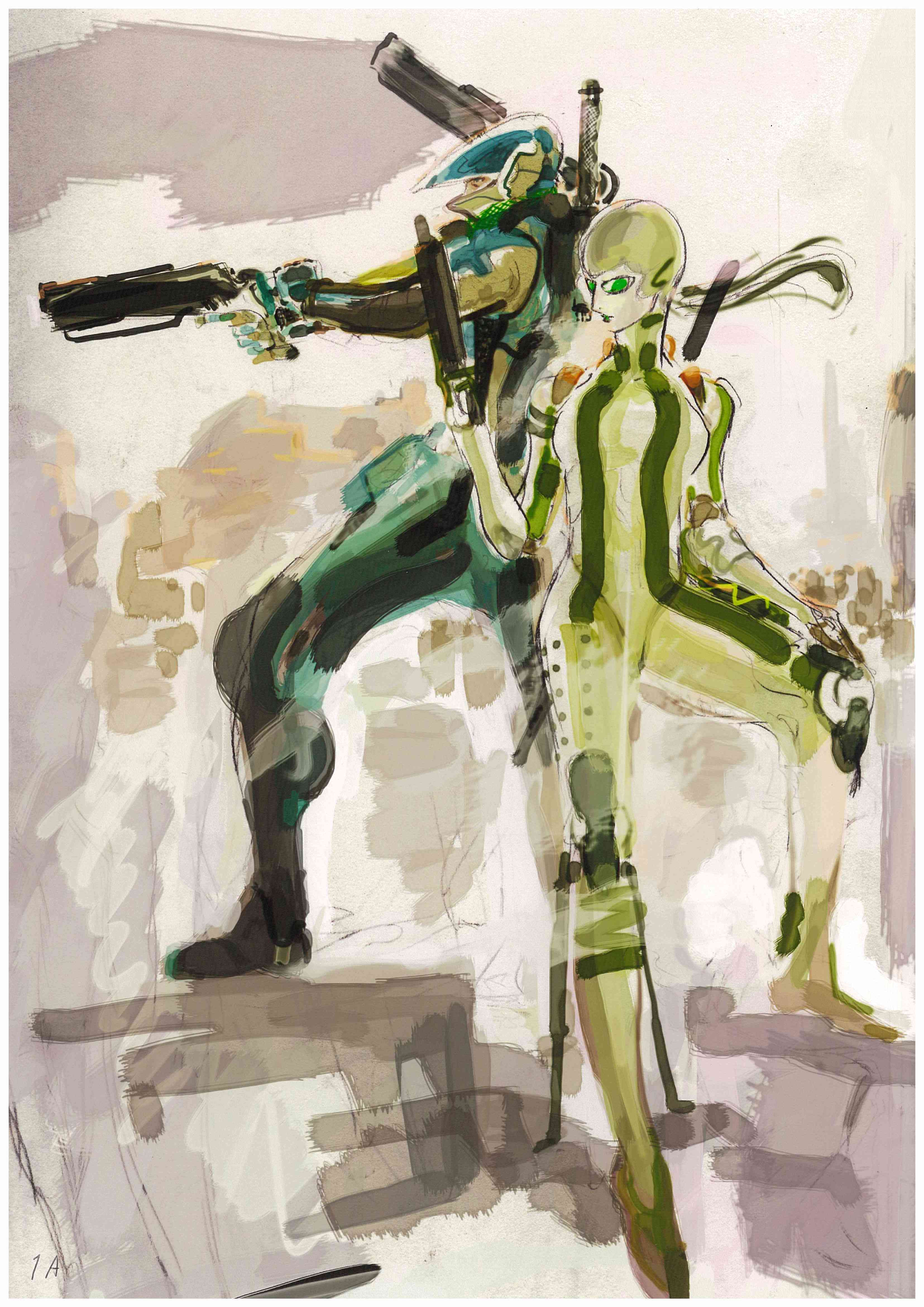 The robot would change forms according to the pilot in charge, as each pilot had been specially trained in areas such as shooting, melee, or hover and snipe. This single robot was capable of being battle effective in a variety of situations. I thought we could make something interesting out of how these three different pilots interacted with each other, much like Kamen Rider Den-O. This idea died a quick death early in the project, but personally, I still think the idea has its merits.

When making a game, there are plenty of ideas like these that get rejected, but they build up and can end up finding their way back, like in a sequel for instance, so you can never say that an idea is completely out of bounds. I don’t know what I will be making next, but considering how fickle I am, it will probably end up being a game completely different from Vanquish.

Well, until we meet again, in the realm of the video game.