You will be able to join PlatinumGames Producer Atsushi Inaba at the Los Angeles and Mexico City events, and the first 150 people to join the Los Angeles Event will be invited to a special launch party that will feature a live band performing the Metal Gear Rising soundtrack led by lead composer Jamie Christopherson! It will be an amazing event, so make sure to arrive early!

And make sure to follow PlatinumGames and JP on twitter for more details leading up to the event. 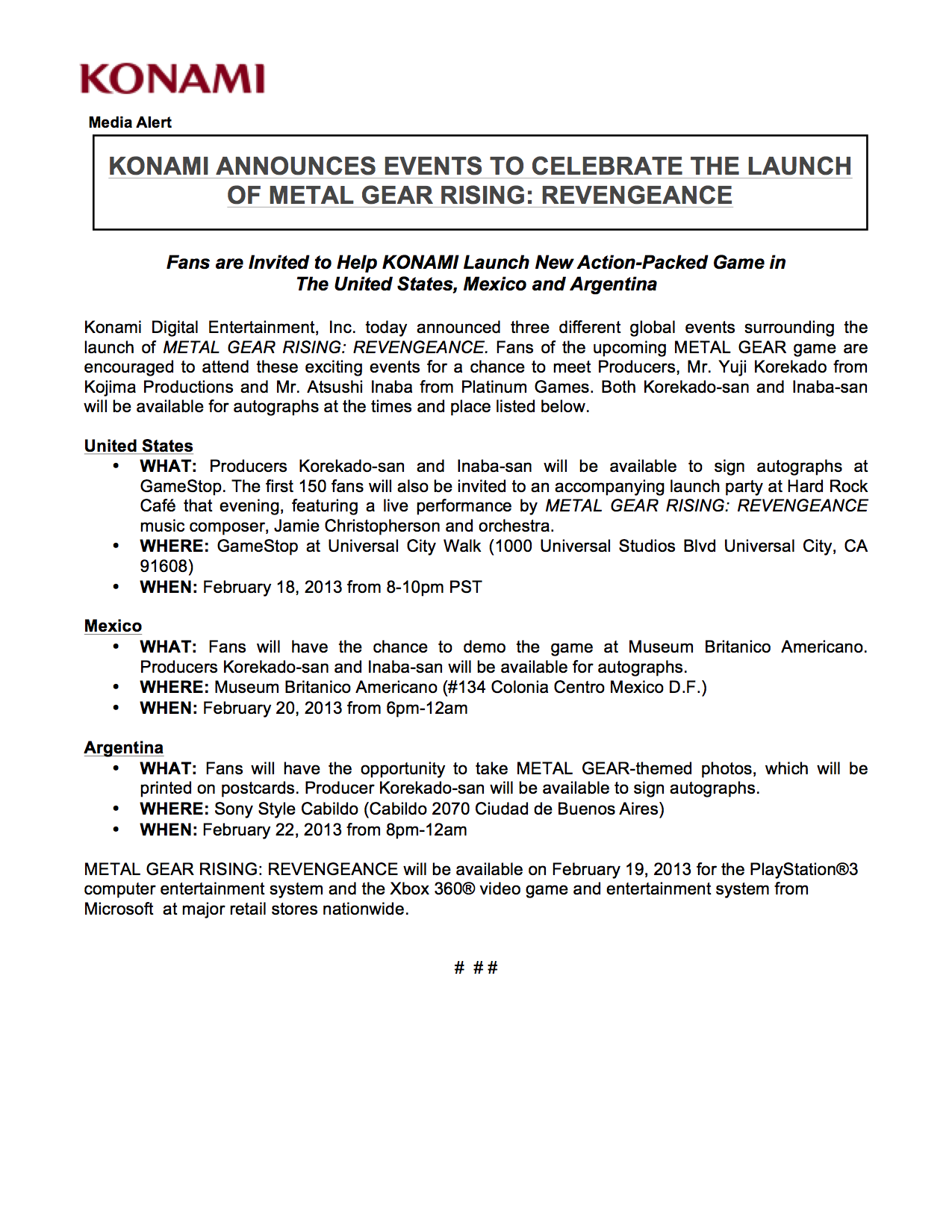