The story so far:

After the sudden invasion of the GEATHJERK Federation Supreme Armada, the CENTINELS began to develop a counter-strategy to protect their Earth. Their leader is Commander Laurence Nelson, a war hero who aided the fight during the previous invasion 20 years past. Also among their numbers is Professor Shirogane, the livelier-than-ever, dirt-old genius who created the CENTINEL-Suits and continuously devotes tireless effort to find other means of fending off our invaders. March on, Wonderful One-Double-Oh! Your release date in Europe is today!

Hope you’ve given enough thought about how you’re going to save the Earth because we the game hits stores in Europe today! Remember that you’ve got some options available: the game comes out in stores and you can buy a copy online, but you can download the game too.

Another something worth mentioning… this is just for anyone planning to buy the game in Europe, but Nintendo of Europe is doing a special campaign where you can get a 30% discount on the game by downloading it from the Nintendo eShop from its release date until September 21st! http://www.nintendo.co.uk/Games/Wii-U/The-Wonderful-101-641216.html

There are a few requirements you have to keep in mind there, but it’s a pretty sweet deal that’s definitely worth checking out.

All right, now that we’ve made that little digression, let’s return to our  tales of those eccentric wonderful ones.

First of all. If you’ve tried out the demo at all, have you ever come across this screen? 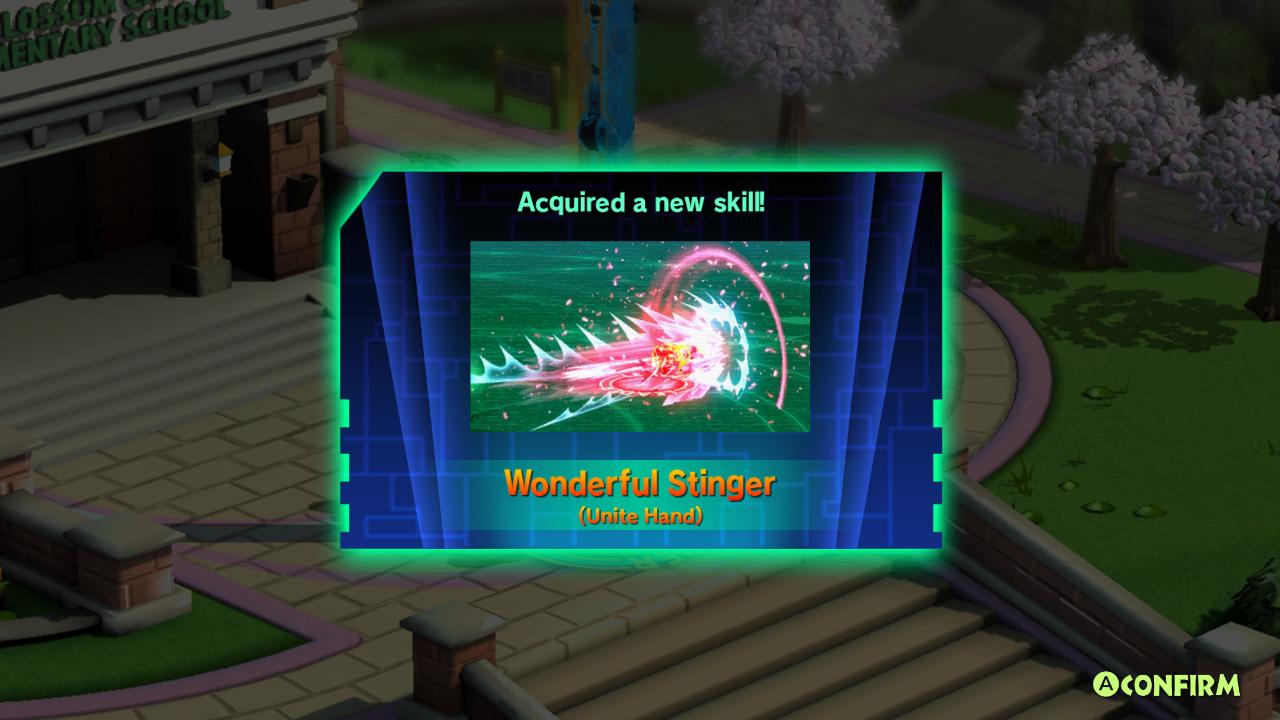 A new skill for our Unite Morphs? Looks pretty cool.

Half movement-based, half offense-based, and totally wonderful.

Wonderful Stinger is a skill that uses the Left Stick and the attack button to attack faraway enemies by charging at them in a straight line. It’s a speedy maneuver, so mastering it will help you clear the battlefield a lot faster.

Besides Stinger, there’s also Wonderful Rising, a skill that blasts enemies up in the air, making them vulnerable for an aerial combo, and Wonderful Cyclone, a crazy spinning move that attacks all enemies circled around you. Whenever you end up learning a new skill, be sure to check it out under Skills on the Status screen.

Press A quickly after pressing B

Knock all nearby enemies out of the ring!

These skills have slight (or significant) variations depending on the Unite Morph, and you’ll need to level up each weapon separately to be able to use the skills applicable for it (you’ll need to learn Wonderful Stinger for Unite Hand by leveling up Unite Hand, and the Wonderful Stinger for Unite Sword by leveling up Unite Sword).

Yep, in this game all of your units have levels. The more you use the Unite Morphs of one member, the more experience that member gains.

But of course the Wonderful One-Double-Oh were made to fight as a team. Abusing just a few completely overpowered members won’t work in the long run. There are some skills that can only be acquired by getting the average of all Unite Hand users to a certain level.

And don’t just find one Unite Morph you like and only level up that one. Even if you balance levels of all the Unite Hand members, you’ll end up with a whole lot of Unite Hand skills and nothing else. 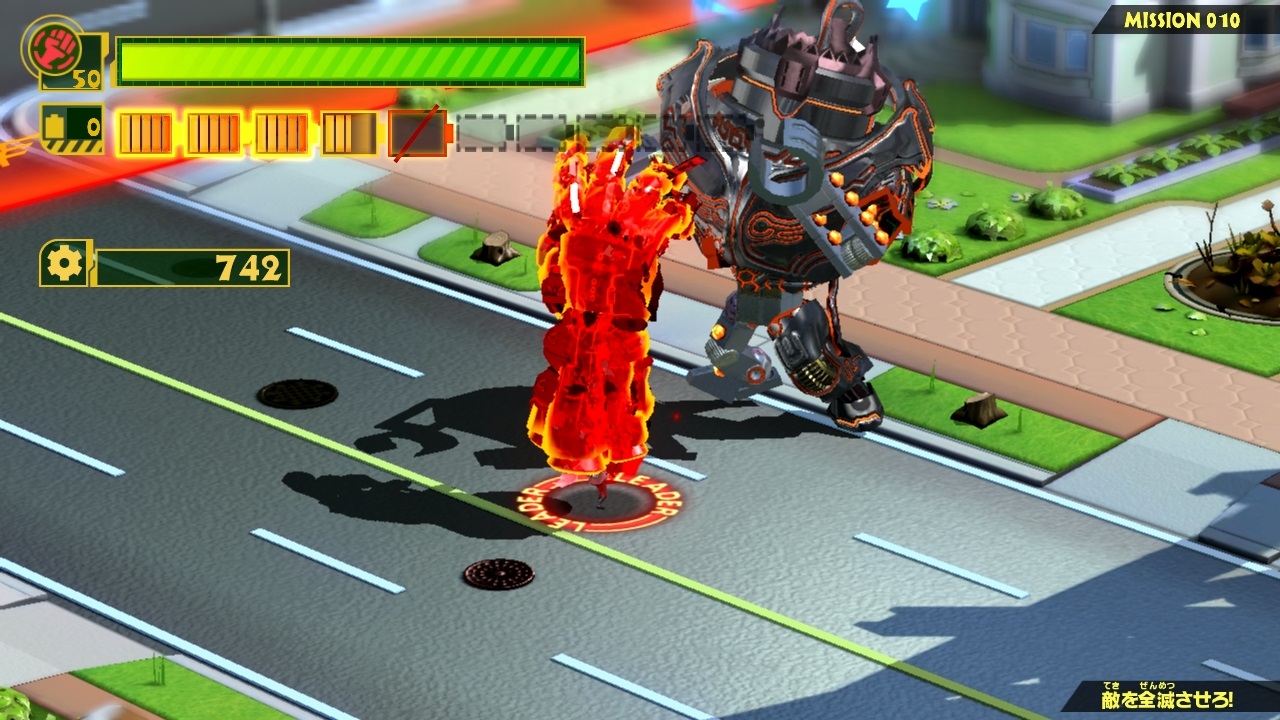 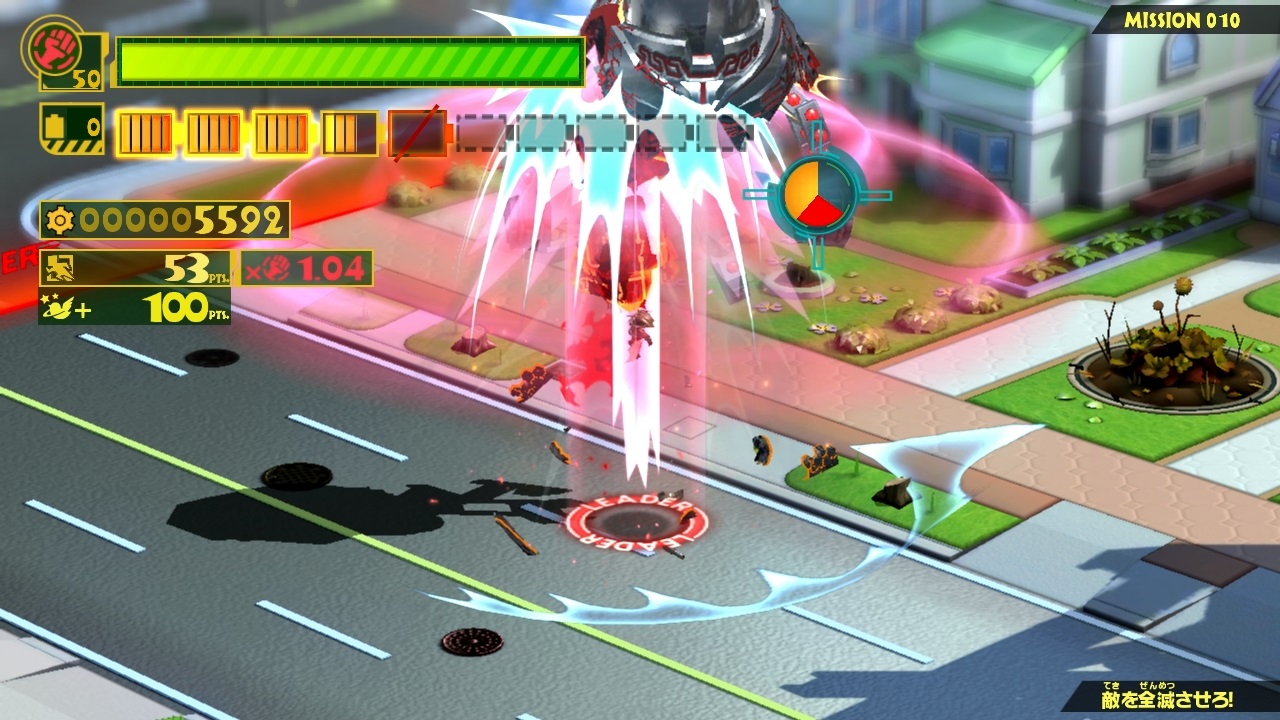 It’s important to keep the average level of the entire team high.

Raising the team’s average level to certain points will result in an increased maximum Vitality Gauge. We know you want that. 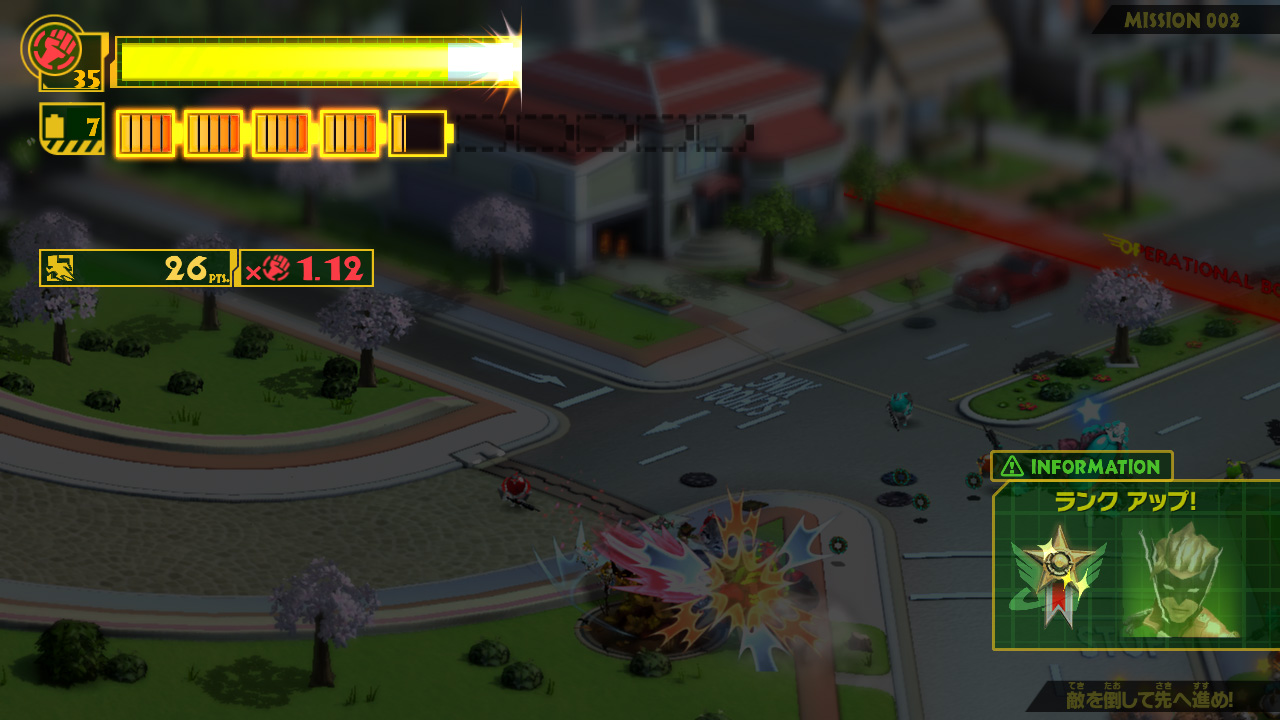 Level up and watch that Vitality Gauge go!

Then, there are those Custom Blocks we touched on back when we were talking about the Wonderful Mart. The number of Custom Blocks slots you have at your disposal also depends on the average level of your team. Custom Blocks are powerful accessories that can really turn the tide of battle, so more is definitely better in this case. 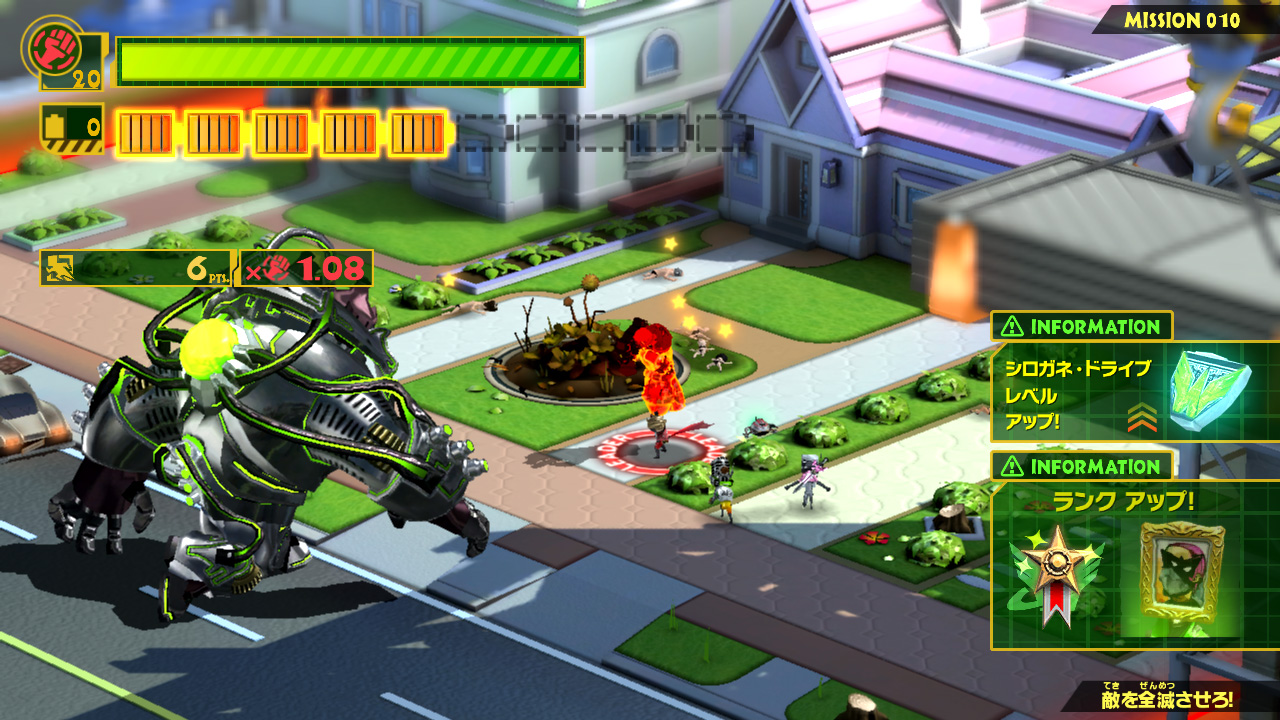 Leveling up your team will also level up the Shirogane Drive, giving you more Custom Block slots.

Now that you’re starting to understand how important leveling your team is, let’s look at how to check where they’re at. Press up on the Wii U GamePad’s D-pad. 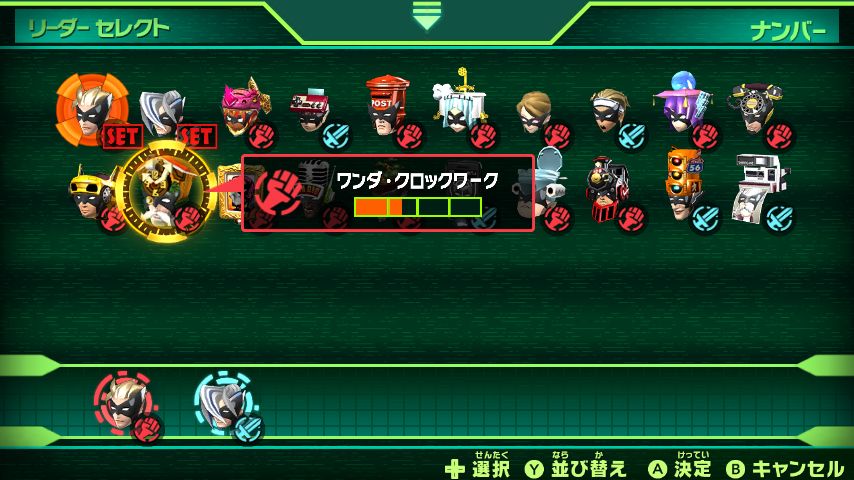 You can check each unit’s level in the Leader Select menu.

In this menu, you can check your members’ levels, and switch your current player character.

Another thing you can do here is assign which member will be in charge of their respective Unite Morphs. 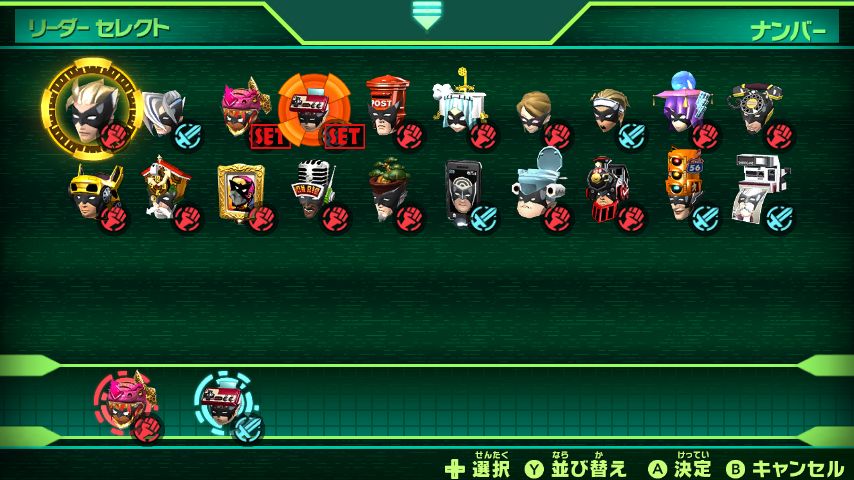 The members currently assigned to each Unite Morph are displayed at the bottom.

For example: if you set Wonder-Gamer to Unite Sword, the next time you draw a straight line and press A, you won’t get Wonder-Blue, you’ll get Wonder-Gamer. Then you can focus your leveling on him. 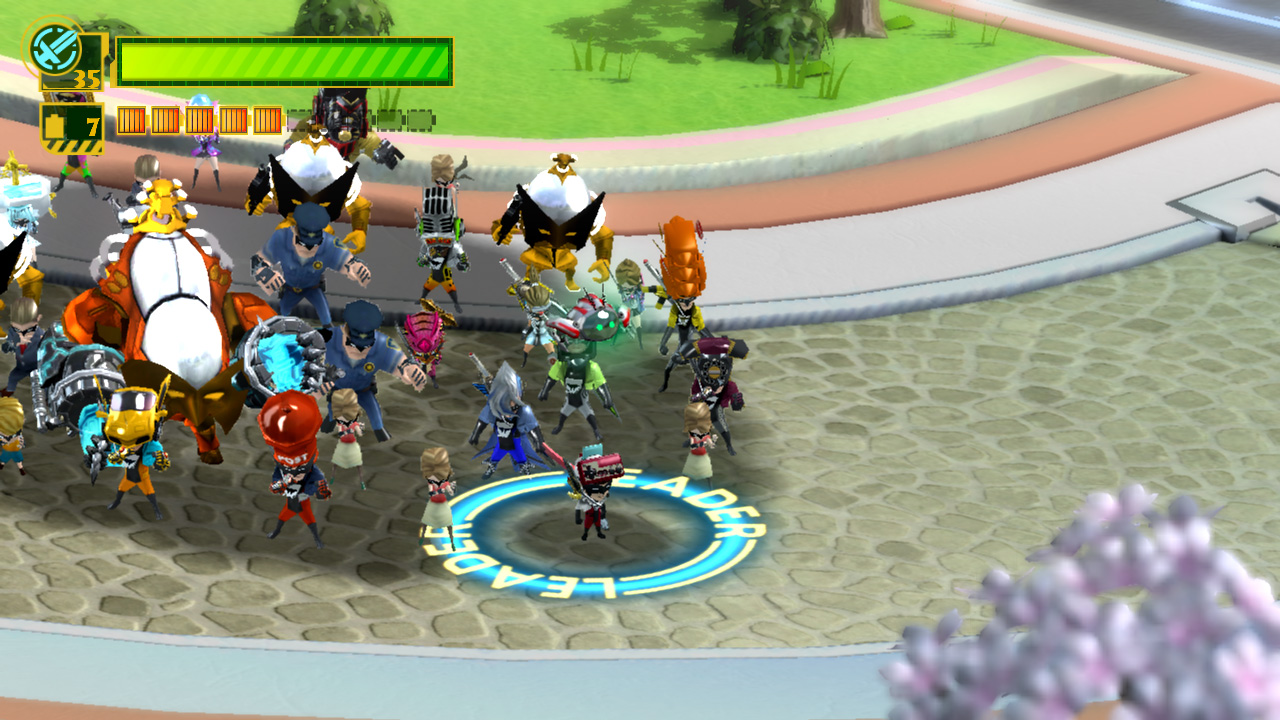 When you attack an enemy with a Unite Morph, all the members associated with that Unite Morph will gain experience. However, the current leader will receive more experience than the other members, so keep that in mind when leveling your team.

There are limits to how far you can go with leveling up a character, so once one character has filled their meter, that might be the sign for you to switch things up.

One more point worth mentioning: levels are only applicable to the non-temporary W101 squad. Any citizens that you save around town won’t gain levels, so be careful. 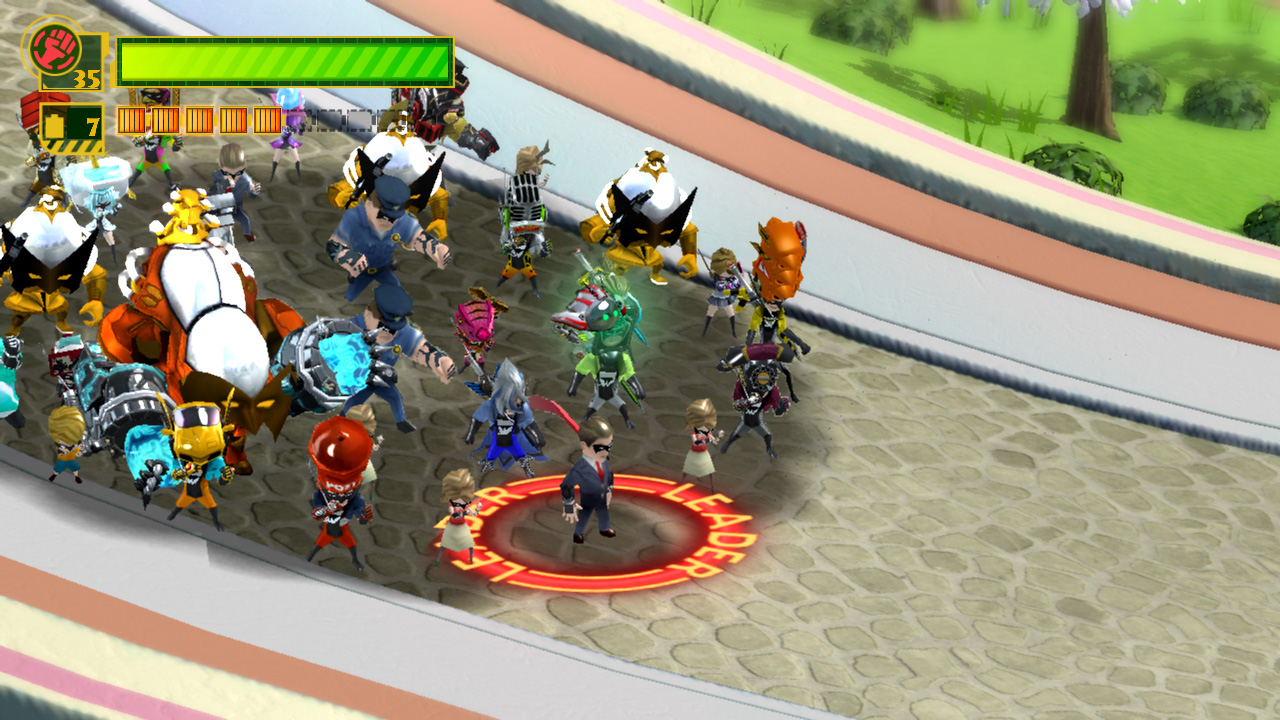 Wonder-Masks. For when you want to put down the briefcase and save the world.

So, hope you got something out of our talk.

With this leveling system, you can kind of branch out your playing style in different ways, focusing on specific Unite Morphs. Might be interesting to see how your gameplay style looks compared to that of your friends.

Now that we’re pretty much in the countdown territory of the game’s (European…) release, next time we’re going to have an awesome look at the game’s bosses. Take a peek and start thinking about how you’re going to plan your strategy for when you play the game.