Hi everyone, The Wonderful 101 director Kamiya here. A full year has passed since the game was released, but I imagine many of you in Europe and Japan were able to give it a try thanks to the recent Mario Kart 8 promotion.

August 24th was the 1-year anniversary of the release of The Wonderful 101 in Japan but, to be honest, since I still receive messages of encouragement from fans around the world on a daily basis, it really doesn’t feel like that much time has passed. I am truly thankful that so many of you hold the game so dearly.

Now that we have the corny introduction out of the way, let’s get down to business. I have some exciting news to bring you today. We’ve been working behind the scenes, trying to find a way to release something many fans have been asking for, and today I can finally announce it: The Wonderful 101 Official Soundtrack is going to get a digital release! It clocks in at a whopping 127 tracks! This would fill 5 CDs, but we are splitting it up into two tidy volumes, each of which you can download for just $10 a piece. With this you can enjoy every track from the game wherever you are.

The sound quality is a step up from the music in the game itself, so even those of you who spent hours in the Sound Test are in for a treat. The theme song for the game, “The Won-Stoppable Wonderful 100”, has also been remastered. The game version of the track was edited to loop endlessly, so we got Hiroshi (lead BGM composer) to go back and give the song a fitting conclusion. The soundtrack is the only place you’ll find this version. 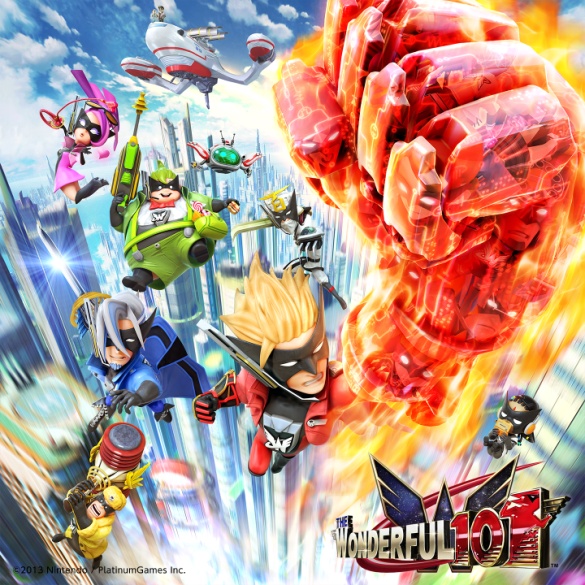 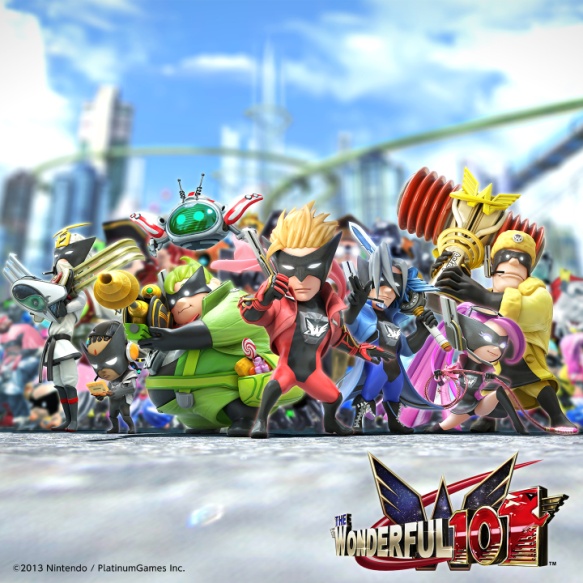 To give you some background on the music direction from my perspective as director, I began by explaining to Hiroshi that I wanted to use an orchestral style to capture the feeling of an epic battle. I imagine the initial impression many people have of the game is a bunch of cute characters frolicking around a colorful world. However, my plan from the start was to create a unique feel by having this light-hearted world juxtaposed with the daunting threat of a massive alien invasion. To do this heroic ballad justice, we needed an equally grand orchestra. A cute exterior with an epic and dark heart; you could almost call the game “a wolf in sheep’s clothing”. Of course, having this ferocity extend to the game’s difficulty may have deviated a bit from the plan…

Another episode that deserves mention is the kerfuffle was had making the theme song. Of course, it was mostly my decision to throw out the near-complete version of the song and start from scratch right before the game went gold that put us in that situation in the first place.

I had decided from the start that the song needed to have vocals, but I just couldn’t seem to settle on an overall style. Near the end of the game’s production, we had PG staff lay vocals over some modern anime style tracks, and the song was coming along nicely when, all of a sudden, it hit me: The song had to be in the style of 60s anime / special effect-filled hero TV shows! The music from “Captain Ultra”, “Captain Scarlet” (the original American version), and “Stingray”, the so-called “supermarionation” series, as well as Japanese TV shows like “Pirate Prince”, “Super Jetter”, and “Ultraman”, while classical, somehow manages to seem fresh when you listen to it nowadays. These songs effortless convey the coolness of the hero, and the more you listen to them, the more you feel your own heroic heart begin to stir. This style perfectly captures what The Wonderful 101 is all about! There was no doubt in my mind when I came to this realization…right before the end of production. I went over to Hiroshi, he looked at me, said I was crazy to ask for such a radical change so late in production, and told me it was impossible.

Just kidding, he totally made it happen! 😀

It goes without saying, the subsequent process of finding professional vocalists (in both English and Japanese), getting a handle on the 60s anime / supermarionation style, and arranging the song in the time remaining put quite a load on the already-busy Hiroshi. It was crucial to capture that 1960s flair. As I am sure you can imagine, for Hiroshi, born in 1979, grasping the subtle distinction of 60s shows as opposed to those from the 70s (or even recent ones for that matter), was quite the challenge (and time was short, remember.) But this is Hiroshi we are talking about. Having survived many of my selfish requests in the past, I gave him my absolute faith, hardened my heart, and turned down his submissions one after another. The fruit of our labor: an epic song that, I’m sure all who have heard it will agree, truly burns with the passionate soul of a hero.

Despite all this work on a single track, the soundtrack for The Wonderful 101 managed to reach 5 CDs worth of music. I feel this with each project, but there are really not enough words to express my gratitude to my sound staff. Hiroshi has been with me over many years, and I’m sure many of you would recognize his music, but I cannot forget Takizawa, who backed up Hiroshi in his many hours of need, and quickly adapted to a development schedule filled with curveballs to make all kinds of wonderful tunes. I also want to give a shout out to Ms. Kurokawa, the lone women in our mostly-male sound team, whose deep understanding of hero TV shows and powerful compositions betray her outward kitten-like appearance. Some friends also came from outside the company to lend us their strength over the long development period: Mr. Kondo (whose work many of you may recognize from Ōkami ), Mr. Norihiko Hibino (who I’ve worked with since Bayonetta), and Masato Kouda (an old friend who joined Capcom the same year as me and worked with me on Devil May Cry.) Thank you for putting up with my outlandish requests; I couldn’t have done it without you.

The massive number of tracks in this collection, the music that allows the game to reach its full potential, is a testament to the sound team’s hard work and their desire to give players an unforgettable experience. Everyone, please enjoy listening to these songs as you picture each level in your mind’s eye, and when nobody’s looking, I hope you whisper: “Unite Up!”

The soundtrack will be available for download starting September 15th. If you have any messages, please send them to my twitter:

Download on iTunes / Sumthing.com. The price per volume is $9.99, with individual tracks available for $0.99.