Welcome back to the ASTRAL CHAIN devblog! Picking up where we left off last time, I’m UI artist Kenta Okura. Most of my work on ASTRAL CHAIN’s UI is in the Heads-Up Display you’ll see throughout gameplay, but I worked on some of the menu and monitor stuff, too. At first I wasn’t sure which to write about, but when I thought about it, I decided to focus on the HUD animations, which were particularly challenging to make. 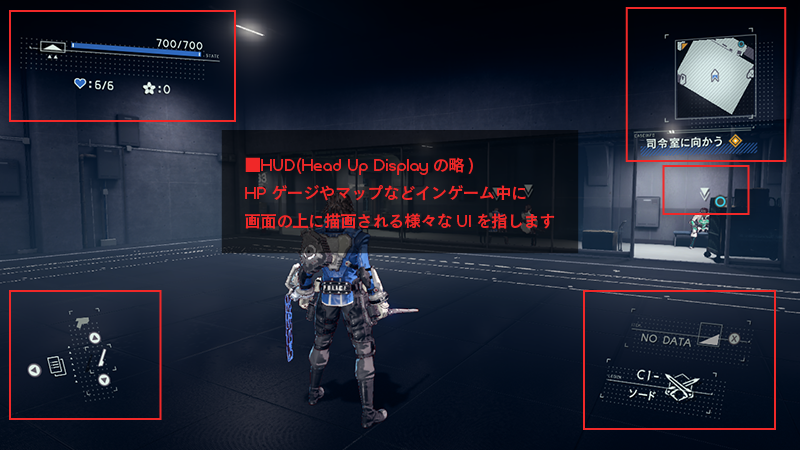 HUD stands for “Heads-Up Display” – All of the UI elements that show up over the main game screen to help you out, like the HP gauge, the minimap, and more.

When a cutscene or other transition finishes and the main gameplay screen returns to your TV or console, the HUD elements have to come back in smoothly. That’s where the animations I’m writing about today come on.

The HUD is different from the menu, in that you don’t directly interact with it as a player. But there’s a lot of information that the game needs to show you, so you’ll be seeing the HUD a lot, from the very beginning to the very end. I knew that these animations had to be the best quality I could manage.

I set aside a lot of time to gather references and decide on a design direction for these animations. This is a usual part of the process, of course, but I knew that neglecting it would be a fast track to subpar, unconvincing animations. So I took these initial planning stages particularly seriously for this project.

Rui Onishi, our UI art lead, had already put together materials explaining the overall UI concept and design for ASTRAL CHAIN. With those at my fingertips, I could focus specifically on what the HUD animations needed as I searched for further reference material. I spent two solid days just working out a the following rough guidelines for these animations. (In retrospect, that might have been a little too much time…) 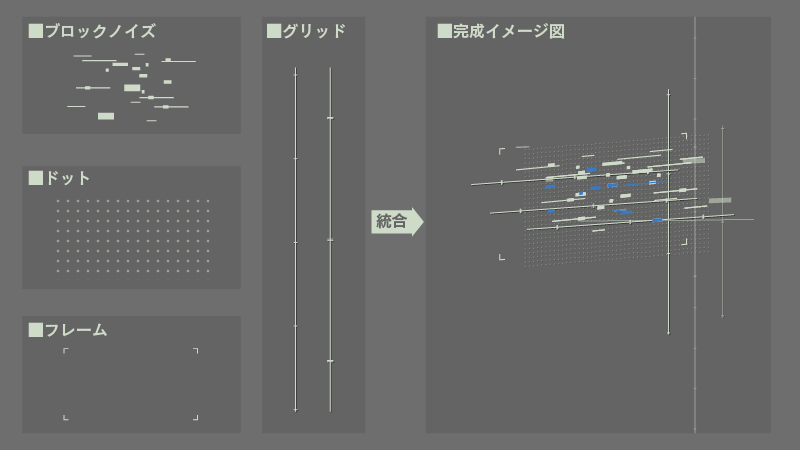 A few appropriately digital-looking design elements at left;
See how they come together at right!

Those were my main two design principles for these animations, but that’s not all. I also kept the following in mind as I worked:

With all of this firmly in mind, I was ready to animate. Of course there are always complications, minor twists and turns that come up throughout the creative process, but thanks to all the groundwork I’d done, I worked through them relatively easily. Here’s what the completed animations look like:

I feel like these HUD animations are at home in the world of ASTRAL CHAIN. What do you think?

Hello, everyone! UI Artist Ryoko Konami here. I worked on several parts of ASTRAL CHAIN’s user interface, like designing icons for items, the map screen, and the HUD and menus for the game’s photo mode. And photo mode is exactly what I’ll be writing about today! I figure the others have already written plenty about the overall concept for the main UI…

During ASTRAL CHAIN, you’ll be given a camera that you can use to take original photos all over the Ark. Director Takahisa Taura had a few rules for the camera interface:

In addition to these rules, the camera’s HUD also had to fit in with the overall UI concept for the game. Plus, it had to be useful without getting in the way of the players’ snapshots! I gathered reference materials on camera user interfaces and started putting together a placeholder layout. Once Onishi and Taura gave that layout their approval, I asked a programmer to implement it into the game. 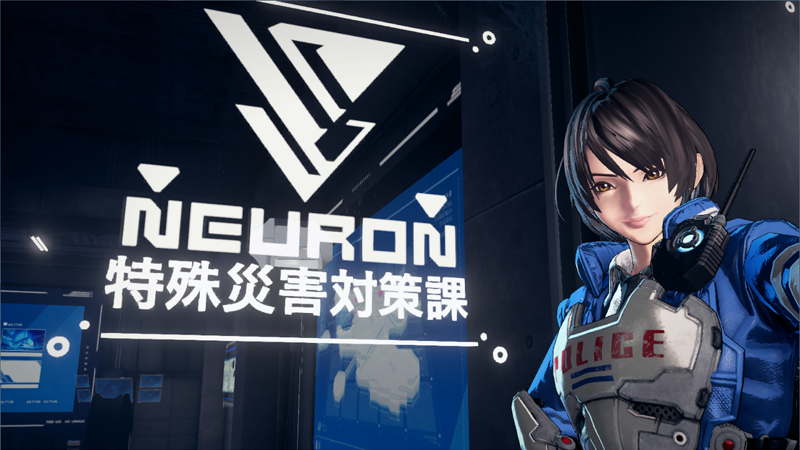 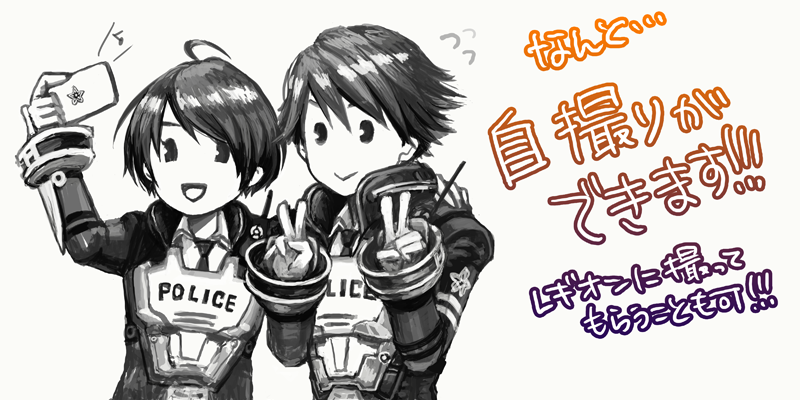 Yes, you can take selfies! And with your Legion in tow, you’ve got the best selfie stick on the Ark!

Once the camera and its new HUD was implemented, PlatinumGames’ photography club (of which Taura is a member) took a crack at it… and gave me some pretty specific feedback.

…and more. Before I knew it, I was adding new icons and gauges to the camera HUD to go along with all these new features. 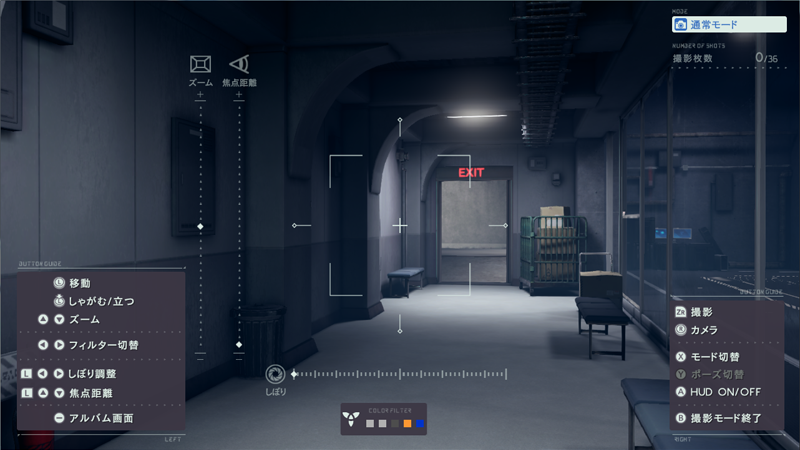 With these new options added, photo mode does more than just take screenshots the way you typically see them. You can add all sorts of artistic touches and tinker to your heart’s content to get that perfect in-game shot. By the way, you’ll start out with a few color filters, but you can unlock more by meeting special conditions throughout the game! Check out the “Orders” section of your Legatus Menu for more details.

When we first decided to add a photo mode to the game, it was just a tool for taking cool screenshots. But as development continued, it took on another role! If you snap a picture of a new character, enemy, or location, their information will be added to the Neuron database for you to browse at your leisure. It’s one way to learn a lot more about the world of ASTRAL CHAIN!

ASTRAL CHAIN’s photo mode brings back fond memories of traveling for summer vacation with an instant camera by my side, capturing memories for my scrapbook… Hopefully you can put camera mode to good use to capture all your memories of ASTRAL CHAIN. Of all the pictures I’ve taken with it, this one is my favorite: 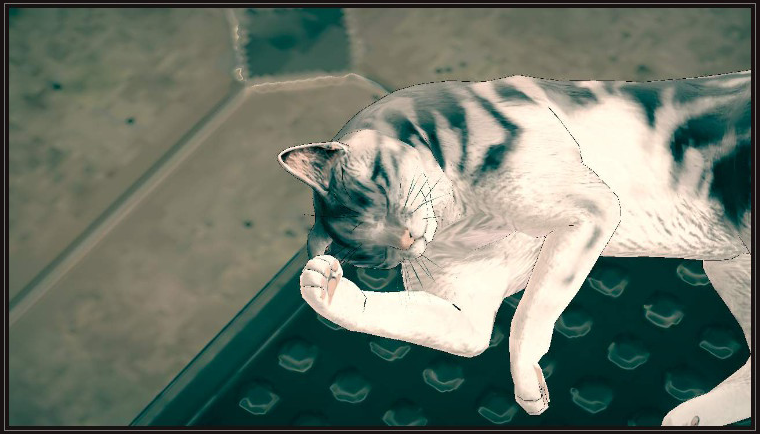 So while you’re out fighting crime and taking down chimeras, don’t forget to stop and take a few pictures for your album!

Rui Onishi back again to tie things up! Thanks for sticking with the ASTRAL CHAIN UI artist team throughout this big two-part devblog! Honestly, I feel like each one of us could keep going if they’d let us… Either way, I hope you enjoyed seeing a bit of ASTRAL CHAIN’s user interface from our eyes!

Kenta Okura
Before joining PlatinumGames in 2016, Kenta Okura worked in the field of pachinko machine development, specializing in compositing, authoring and 2D element design. On ASTRAL CHAIN, he primarily worked on the HUD and also contributed to the menus and monitor graphics.

Ryoko Konami
Ryoko Konami joined PlatinumGames as a UI artist at the end of 2015. Her work on ASTRAL CHAIN includes the camera HUD, icon and map design and more. She also helped run the PlatinumGames booth at this year’s Bit Summit!

Rui Onishi
Rui Onishi joined PlatinumGames in 2014. Since then, she’s worked on titles such as Transformers: Devastation and Star Fox Guard, as well as the Steam versions of Bayonetta and Vanquish. Outside of games, her artwork has been featured on the packaging of Bayonetta’s Infinite Climax Edition, and her logo design was chosen to commemorate the newly-commissioned Shoryu submarine.