Hello everyone. I am Kenichiro “Yoshi” Yoshimura, the modeler for Bayonetta.

I’m finally able to talk about my work on Bayonetta, so I thought I would give you a glimpse into the inner workings of Bayonetta’s character model.

To be honest, I am not really doing anything super-special technically. Once we had her design locked down, it was just a matter of putting in the blood and sweat until it all came together. 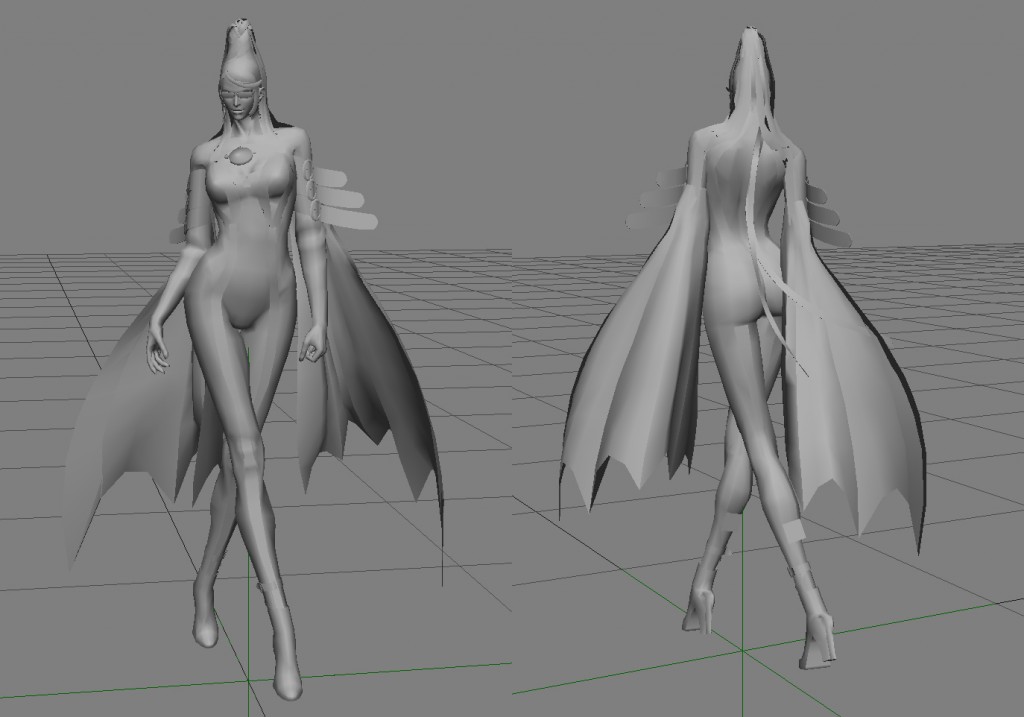 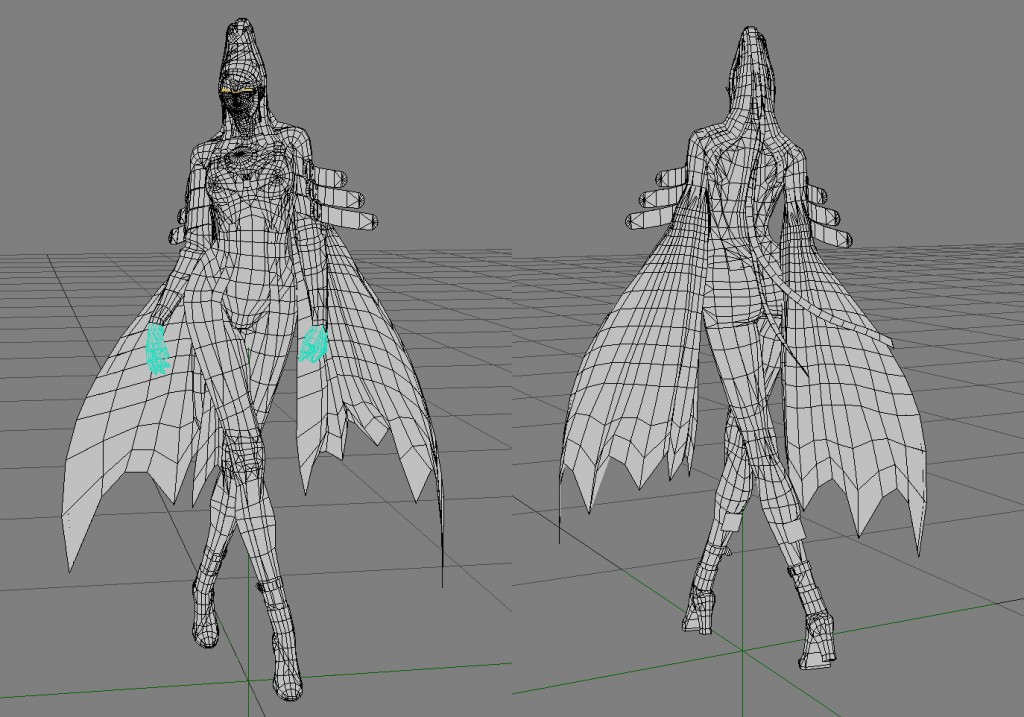 This is the wireframe for Bayonetta.

What I focused on was how to best express the character designs that Mari Shimazaki had drawn – her long limbs and petite head, as well as the beauty of her feminine lines. I have looked at many foreign models for reference in my line of work, and there are people actually proportioned like Bayonetta.

I also made a normal map for Bayonetta, something that has become a sort of de rigueur technique for current generation games. Normal maps are a technique that allow you to fake expressing the small bumps that are often hard to represent on a model. 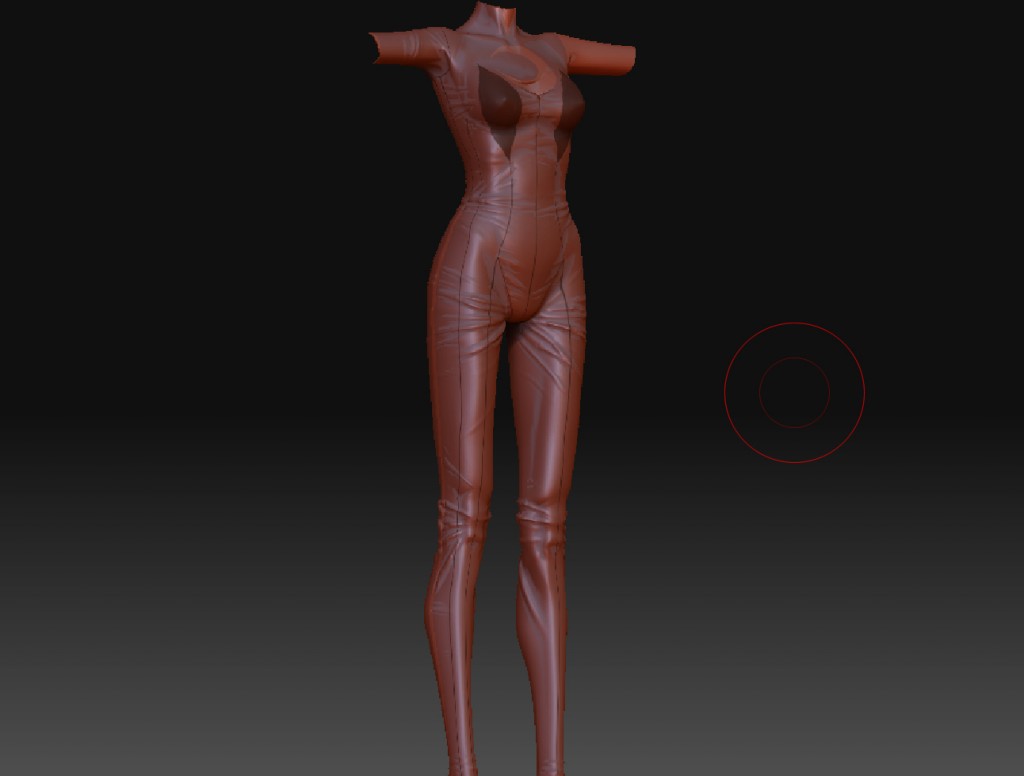 I used normal maps in a tool called ZBrush to create the wrinkles, as well as other bumps and creases, converted it to a 2d image, and then applied to the model. Which leads us to this… 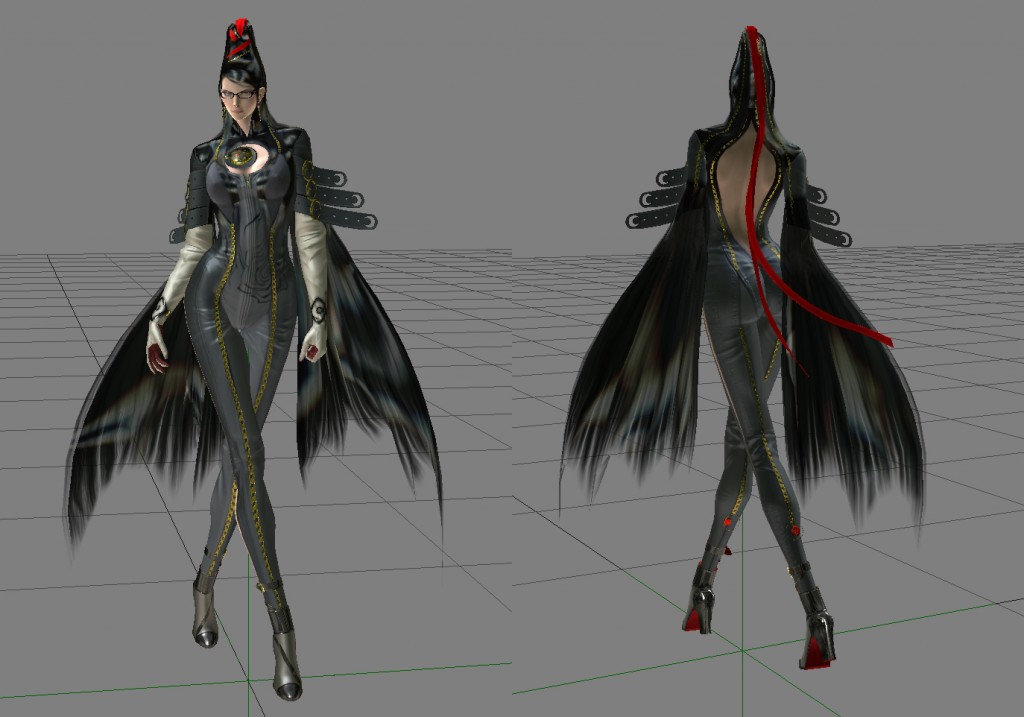 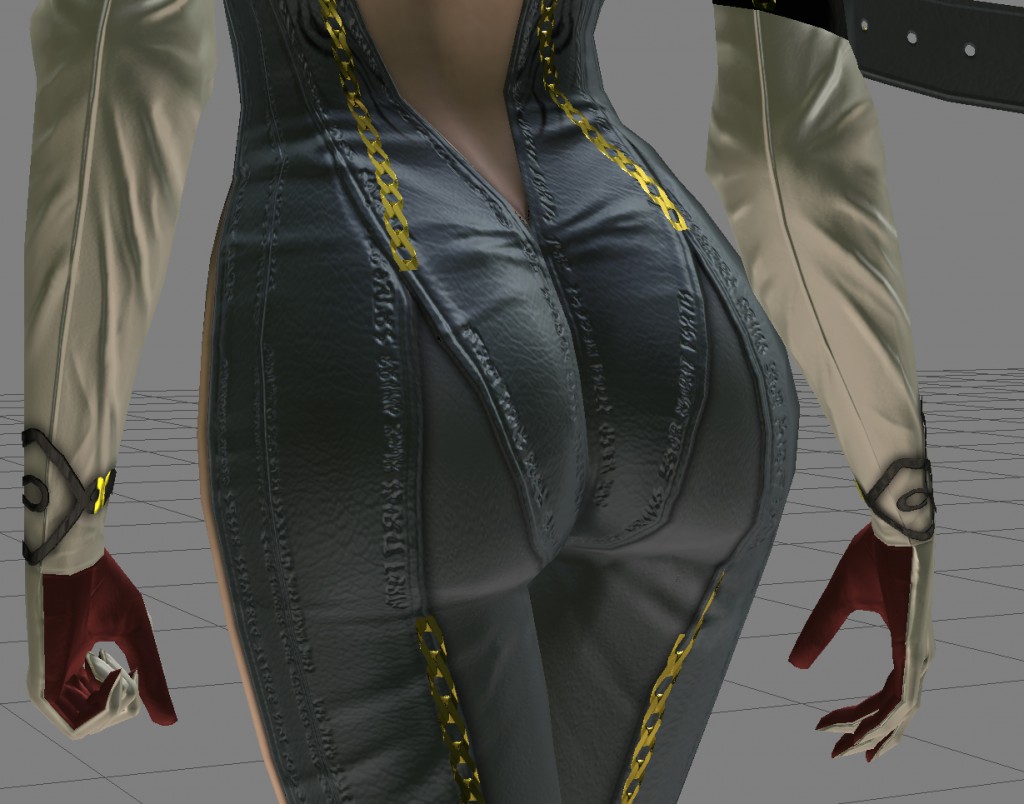 I really wanted to get Bayonetta’s backside perfect. I guess I am into that sort of thing… 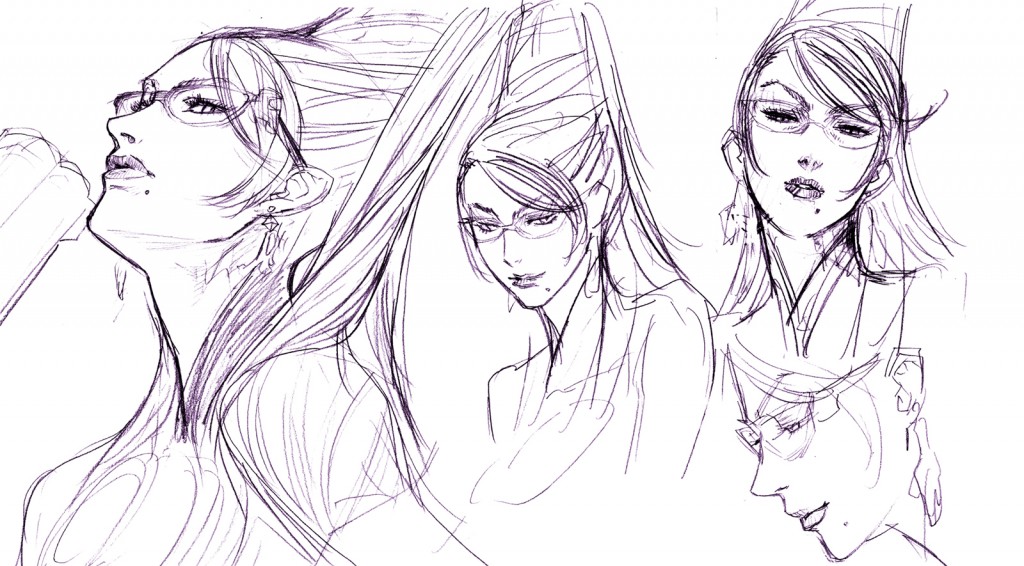 Bayonetta’s face: She is really attractive, yet dangerous, so I wanted to get that across without over-doing it. She is beautiful, but she can’t be pandering. Those sorts of things are really hard to pull off, let me tell you. So I would draw some sketches as I worked and eventually arrived at a final design as I was modeling. 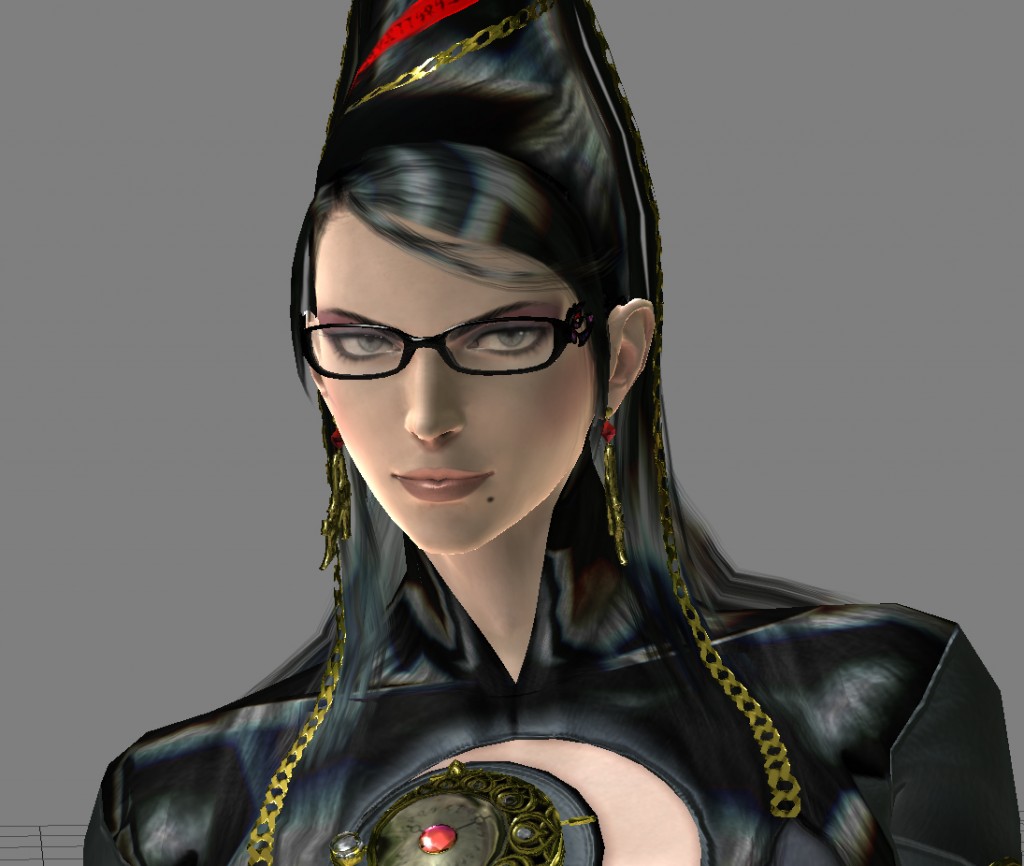 Since Bayonetta is obviously a woman, I made sure to consult with another woman, Mari Shimazaki, about how her makeup should look. As a guy, I haven’t the slightest idea where to even begin with something like that.

So… That is how I modeled Bayonetta. Of course, it is much easier to write about than actually do. But I think she came together through a knowledge of anatomy, 3D space, and lots of hard work (that’s the important part)!