Well… Since Bayonetta is now in everyone’s hands one way or another (released in Japan, and the demo is out worldwide), I thought I would pinpoint a few things on the models I created.

First of all, I wanted to go into the differences between Bayonetta and Jeanne.

Even though the bones (the joints needed to make the model move) are shared between the two, and their bodies share the same basic balance… 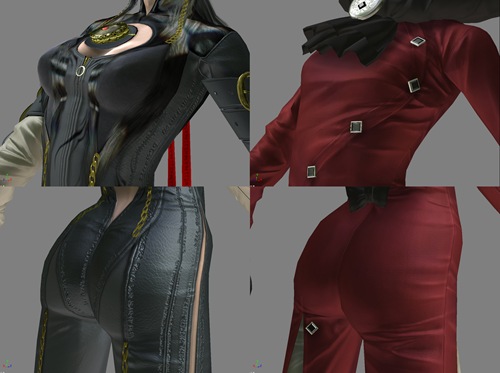 …And a smaller butt, too!

If you lay them on top of each other, this is what it looks like.

It also seems like Kamiya-san is partial to Jeanne. I’m with Bayo on this one.

Next up is Sapientia. 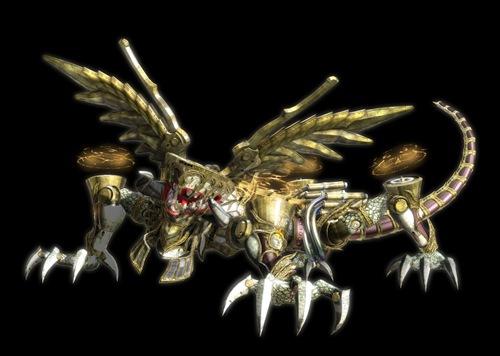 I took the liberty of throwing in some of the things I like and added a liberal amount of mecha elements that weren’t in the original concept design. 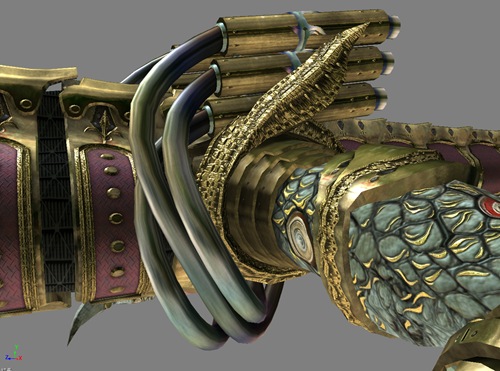 These are the exhausts. I airbrushed on some clear blue and some clear orange to give it that distinctive “scorched” look. 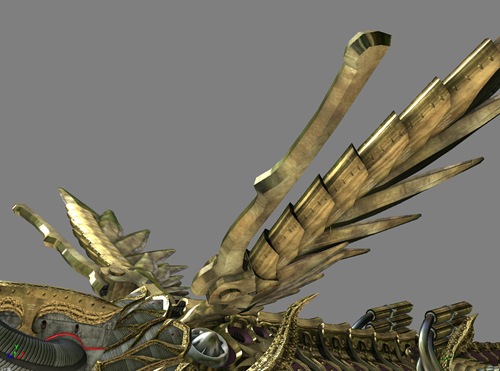 The wings are a brake and clutch setup. When Bayonetta summons the Infernal Demon Madama Butterfly, this is what the demon uses to take hold of Sapientia. (At least, that is how I justified it in my head.) 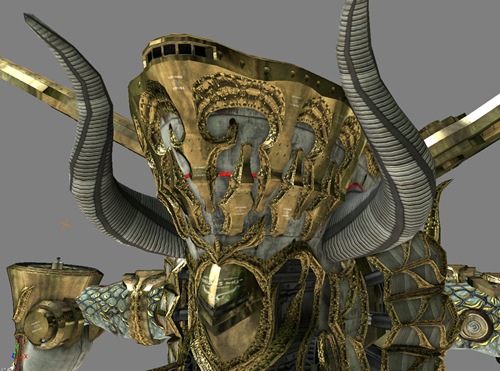 Part of the head is the command bridge of a warship. There is probably an Applaud at the helm with a crew of Affinities manning the ship. (Again, how I justified it in my head.) 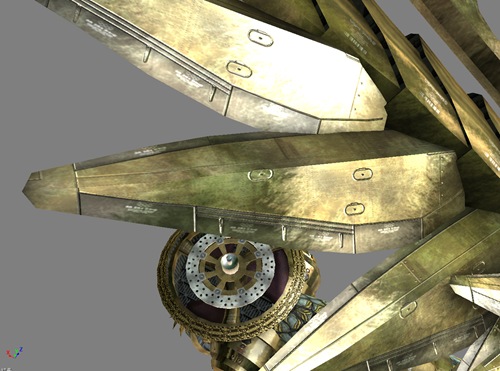 There are caution marks around the body. On the wings, it says “NO STEP.” (But you can’t really read it) The wings are structurally weak, so you can’t stand on them. (Another justification off the top of my head.) 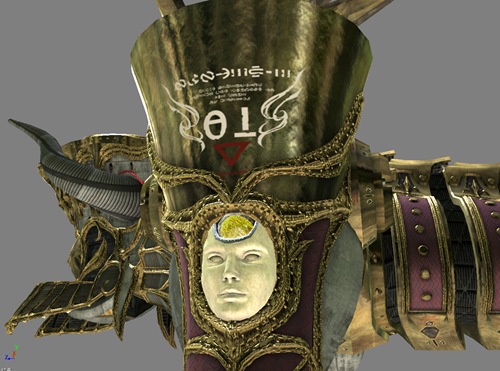 The writing above the heads on each of its legs has meaning. This one says System-E in our angelic font. System-E is the successor to SEGA’s System 16 arcade board. (Or so Kamiya-san devised…) I guess you could say that our mecha-angel Sapientia is powered by a SEGA arcade board. 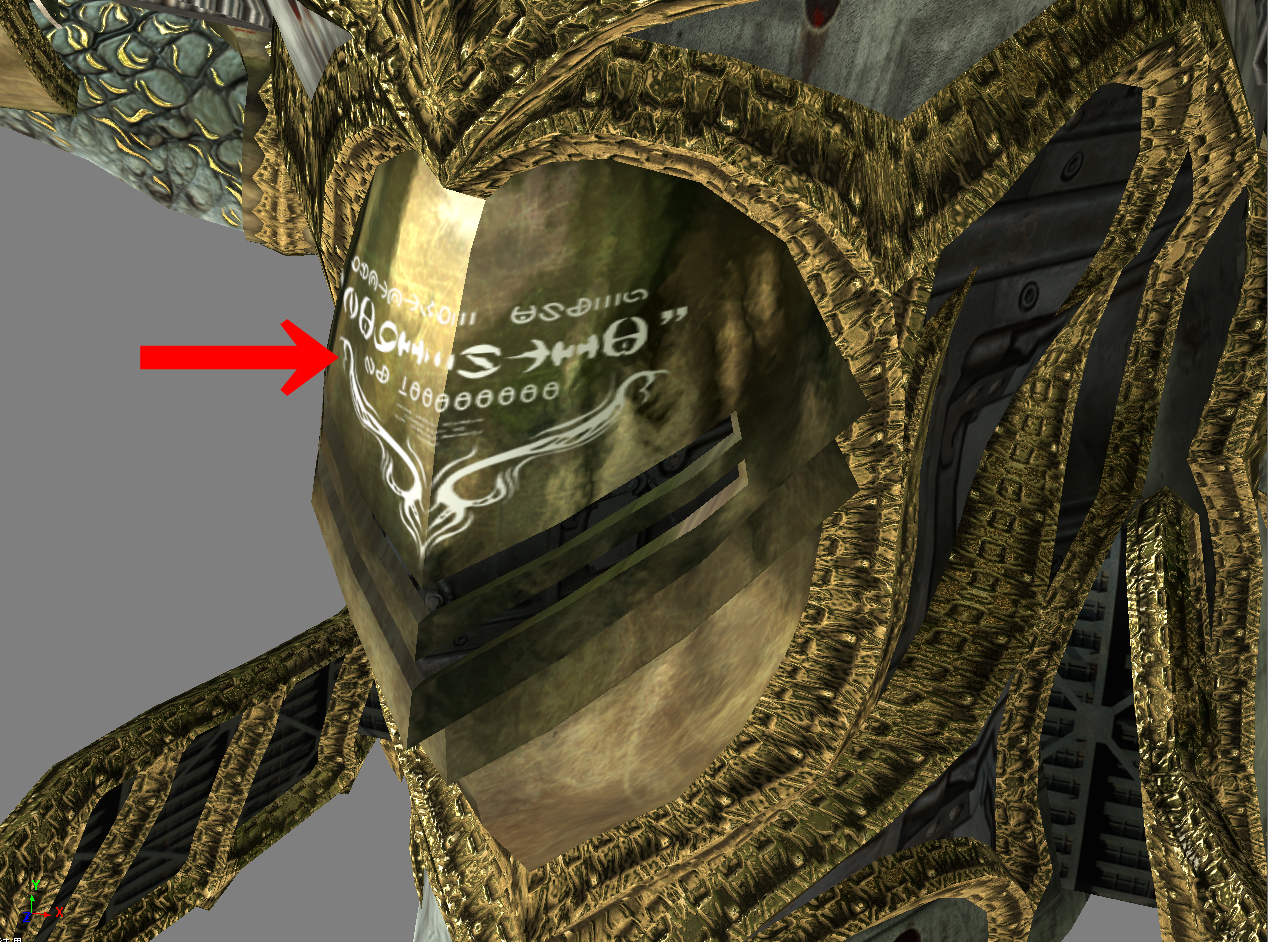 UPDATE: Sorry! The thing about System-E is actually mistaken!! System-E is apparently the arcade version of the SEGA Mark III (Master System)! What I meant to say was that written on Sapientia’s head (now pictured above) is SG-1000000, which Kamiya-san’s set up as the theoretical follow-up to SEGA’s SG-1000 game system. Never the less, Sapientia runs on SEGA hardware. (And the legs are on Mark III…)

So now you have an idea of some of the small details that I was particular about putting in. If you pay close attention to these sorts of places when playing the game, you might find even more new details. Bye bye!