In December 2010, our Japanese blog played host to a behind the scenes on the production of the Vanquish figures and our collaboration with Square-Enix. Now that that figures are set for release in May, we thought we’d give you a glimpse into the huge amount of work that brought these figures to life!
———
Hi everyone! I’m Kenji Irie, a designer here at PlatinumGames.

I wanted to tell you a bit about my work directing the production of the Sam and Zaitsev (Bogey) figures that Square Enix announced at TGS 2010. They are turning out great, so I wanted to give you a closer look!

This is just an early peek, as we still have some small fixes and painting left to accomplish, but I think that the final product that will reach your hands will be even cooler than the figures are now, so I will update the blog again with info on the final version!

First up is our lead character, Sam. They have captured every little detail in the ARS Suit. They even brought to life many of the little details on the inner suit as well. We are moving on to the painting stage of production, so I hope you are all looking forward to the final product.

Next up is Zaitsev, in Bogey mode. This one still needs that final level of fine detail, but the proportions are very close to what is actually represented in the game, and when you pick it up you get this awesome feeling of heft to the toy. It’s great. 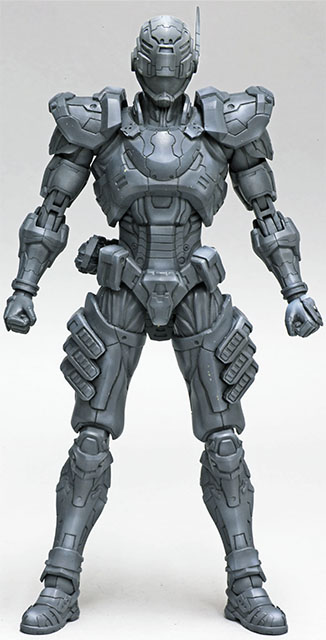 Sam’s Standing Pose: I am very picky when it comes to the balance of things, but they listened to me as I kept asking for fixes. Thanks to the sculptor being so understanding of my requests, we were able to get this awesome standing pose! 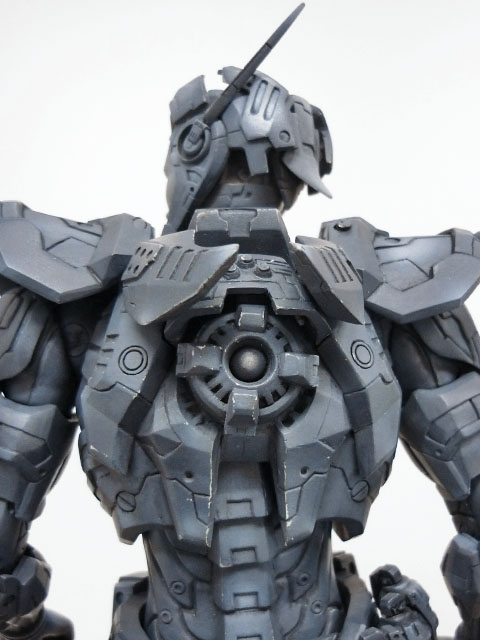 Sam’s Back: The back pack of the ARS suit is what you see most often in the game, and they were able to get all the little details into the sculpt with exacting skill! 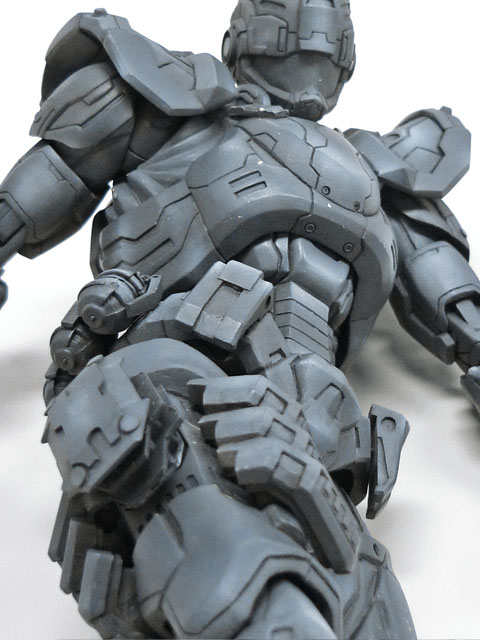 Sam’s Boost Mode: By changing out the included parts, you can recreate Sam’s sliding pose! 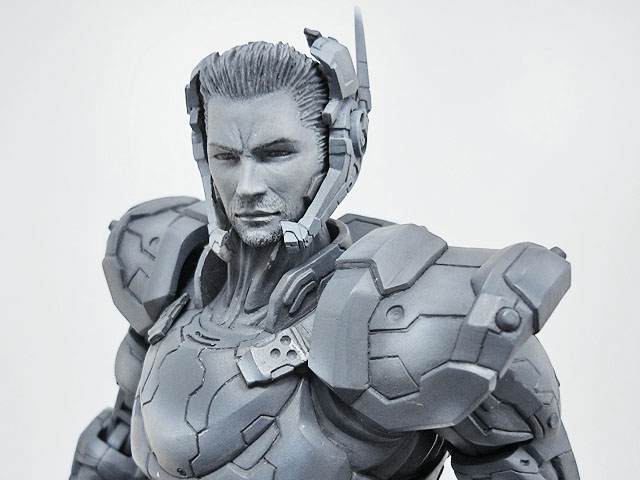 Sam’s Face: Of course, we also included a swappable head! It really looks like Sam. Such a bad ass…! 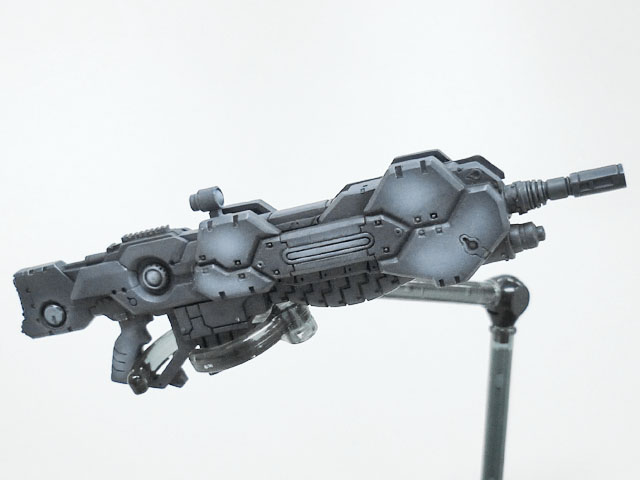 Sam’s Gun: Just like Sam’s sculpt, the BLADE Weapon system has been recreated down to the finest details. 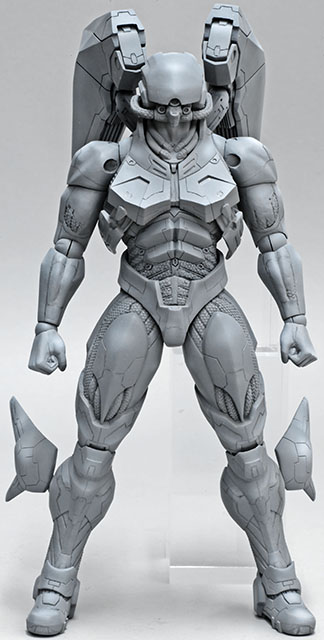 Bogey (Zaitsev) Standing Pose: I think you might think he is a bit fat from the picture, but when you actually see the figure, you are really satisfied with the size of the sculpt! 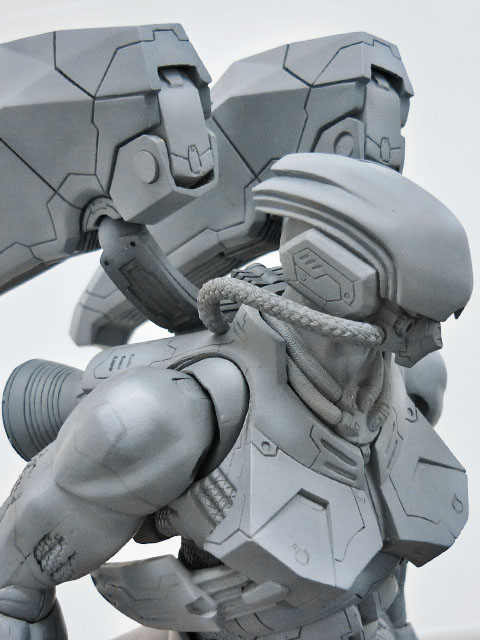 Bogey (Zaitsev) Upper Body: Everything is there, from the pipes, to the back pack, and even the jets! 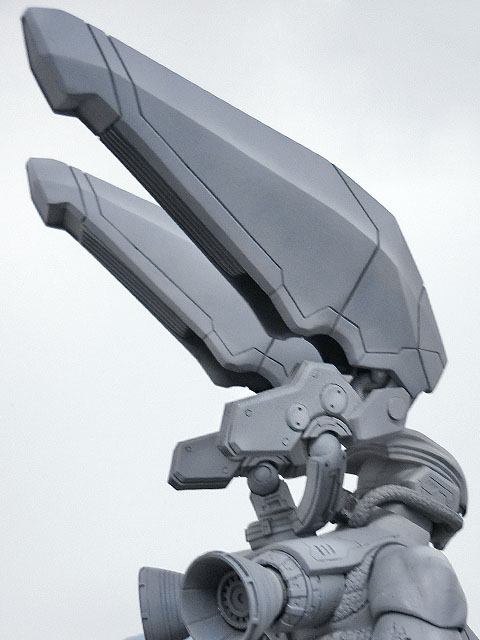 Bogey (Zaitsev) Back Pack: The Back Pack on the rear of the sculpt articulates, so you are able to recreate the in-flight pose! 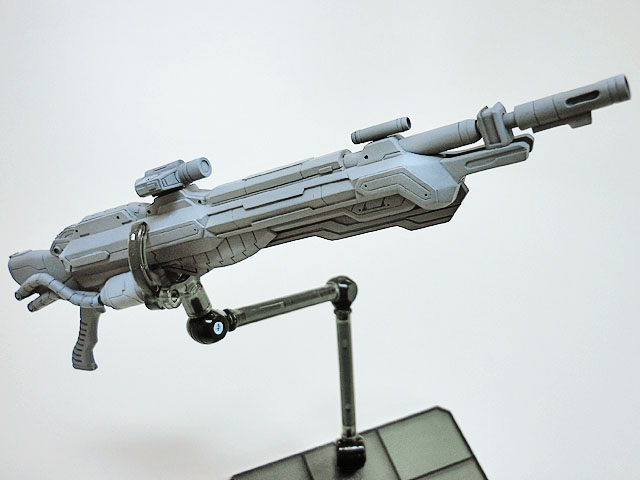 Bogey (Zaitsev) Weapon: Bogey’s distinctive weapon, recreated down to the very last detail on the scope. 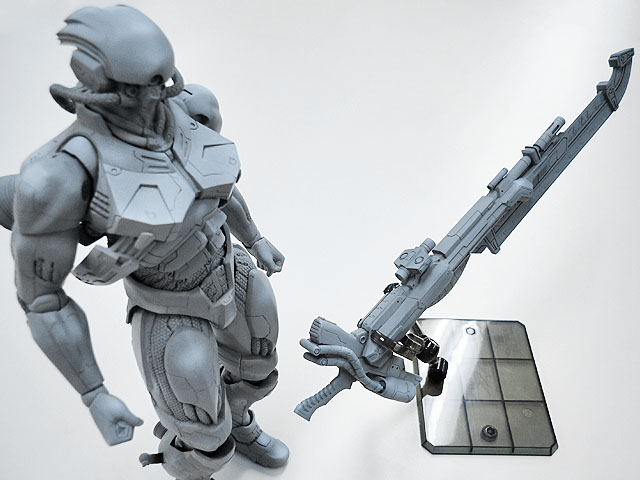 Bogey (Zaitsev) and Weapon: You can also attach the interchangeable blade attachment to Bogey’s gun!

So if you are interested, keep checking with us for more info!

Check back next week for part 2 of our figure making-of!