It’s a pleasure to meet you. My name is Ichi, and I’ll be your guide for The Wonderful 101 Blog. I hope that you will find my guiding skills to meet your taste. 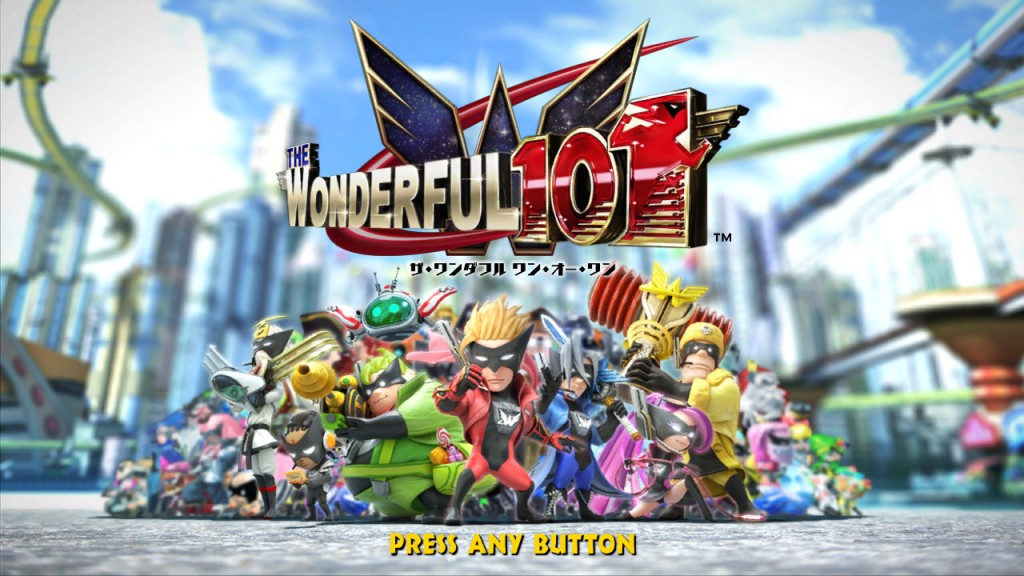 Behold! The TITLE SCREEN of The Wonderful 101!!

Take a look beneath that brilliantly shining title logo and you’ll see our elite group of costumed heroes, selected from every corner of the world.

At the center of this group shot you’ll see, standing tall in a red battlesuit, the leader of our hero squad, Wonder-Red. To his left and right are—you guessed it—Wonder-Green and Wonder-Blue. But the stars of this story aren’t just who you see in the front there. Each of the 100 Wonderful Ones pictured above are the main character of this game! That’s how they got their name, of course—The Wonderful One-Double-Oh. So the player doesn’t just control one or two heroes, they control a whole gaggle of them.

Well, that mystery member may just happen to be the WONDERFUL you yourself: The guy or gal herding this crew around.

Or then again, it could have a second meaning that you’ll just have to find out when you play through the game’s story.

Still, looking across the superhero stories we’ve seen until now, they’ve usually starred a lone superhero taking down an entire sinister organization singlehandedly. At best, you’ll see a 4-5 hero group. Could 100 heroes be going a bit overboard? Just what necessitated this gigantic group?

To answer that, let’s discuss the game’s story. 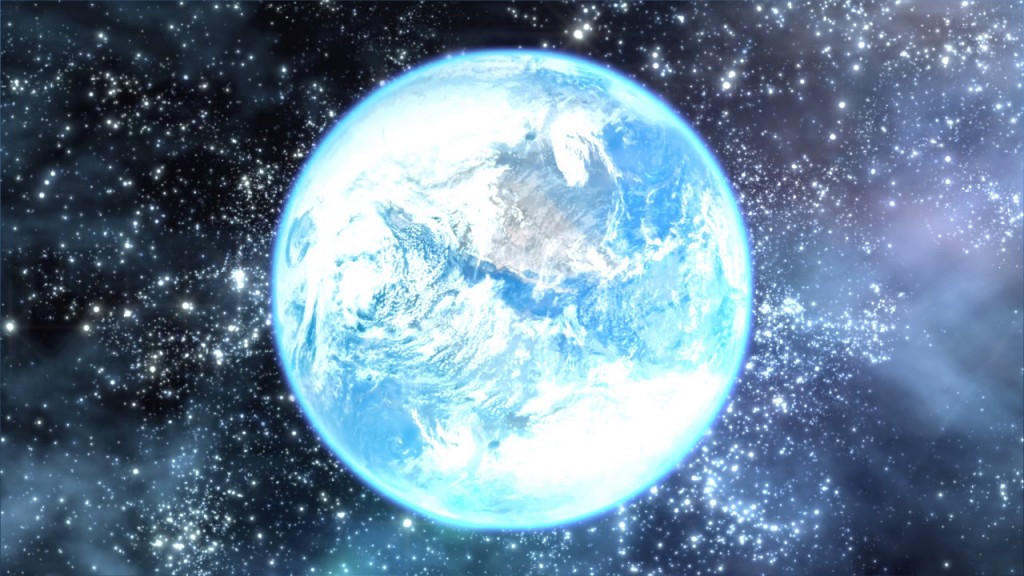 It all started 40 years ago… Earth had never known an enemy like the GEATHJERK Federation Supreme Armada. Without warning, these hideous invaders from an unknown stretch of the galaxy appeared on the planet’s doorstep, waging war on mankind with an army ten times the size of our own. 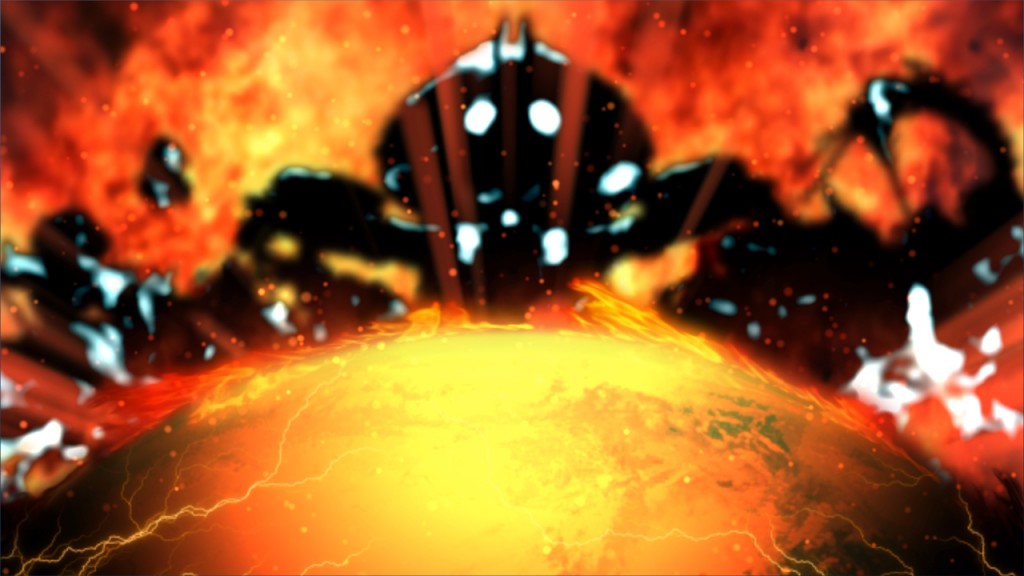 Earth responded by quickly gathering its greatest minds to establish the CENTINELS Planetary Secret Service. Fighting tooth and nail, Earth survived the GEATHJERK invasion not once, but twice. Yet, once again the aliens have launched a full-bore attack on humanity using the entire might of their main fleet. 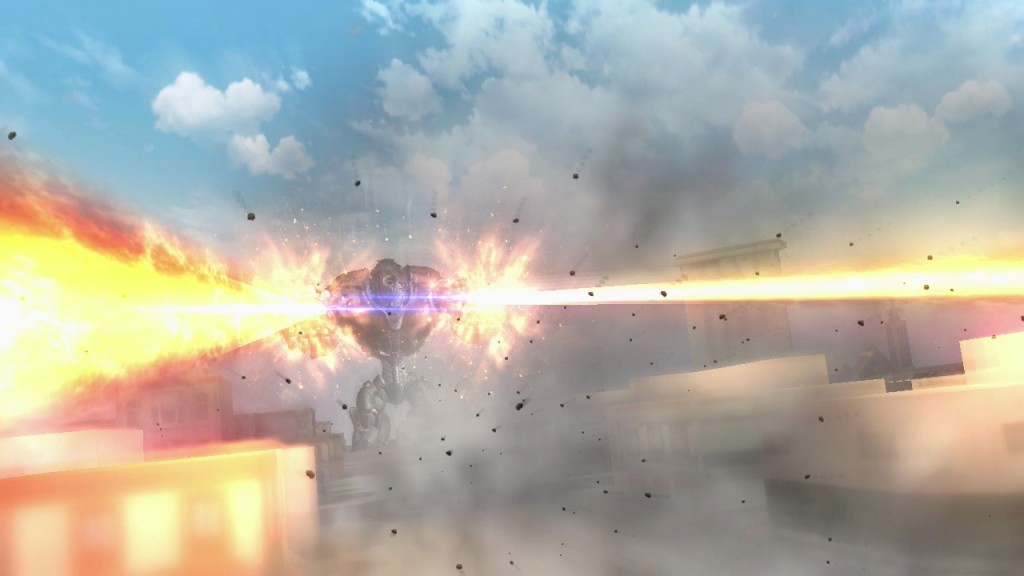 To save the human race from this dire threat, the CENTINELS sent out an emergency distress call to the “Wonderful One” special combat agents secreted in 100 field offices around the world.

Working together, these brave soldiers are the brains and the brawn behind the defense of Earth; the stoic face of humanity standing up to an alien evil. Though born in different lands to different lives, the Wonderful Ones are tied together by their passion to protect the places they call home. 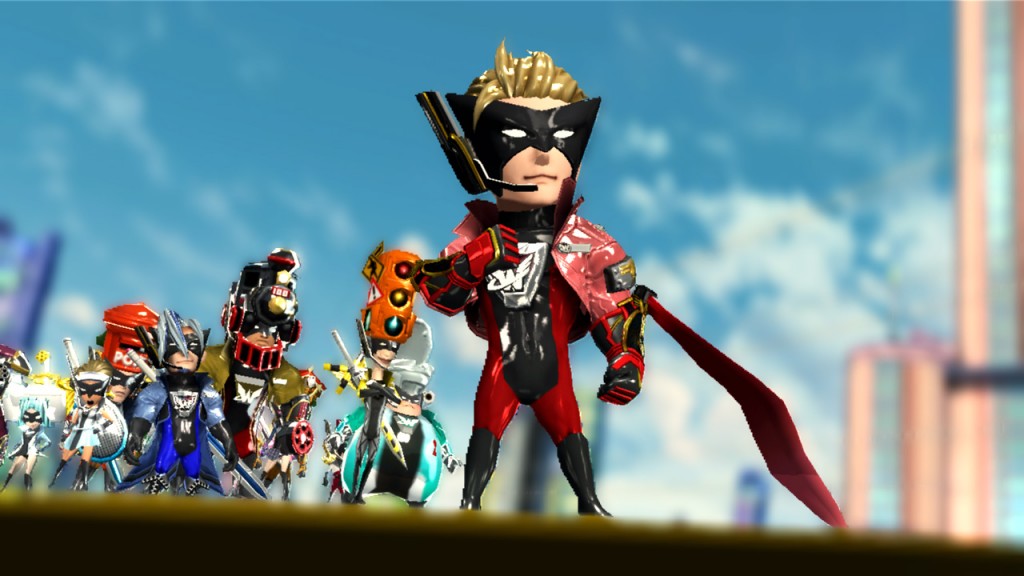 The Wonderful 100 will unite up and double down on the strength and courage they’ll need to defeat the aliens once and for all!

And the final hero to lead them all is… you!

…And that pretty much sums it up. Seems like Earth’s being threatened by some colossal, unidentified alien army. Obviously, that would be a little much for a small scale superhero group. It’s crises like these that the Wonderful 100 was made for.

So in The Wonderful 101, you’ll be controlling your band of 100 heroes to protect the Earth from these alien invaders. In a word, it’s an action game, in the purest sense.

As you travel through the wreckage the invasion has generated across each stage, you’ll need to save panicked citizens, overcome obstacles, take care of your enemies, meet up with additional forces, build up your unit, and prepare for a showdown with the stage’s boss. 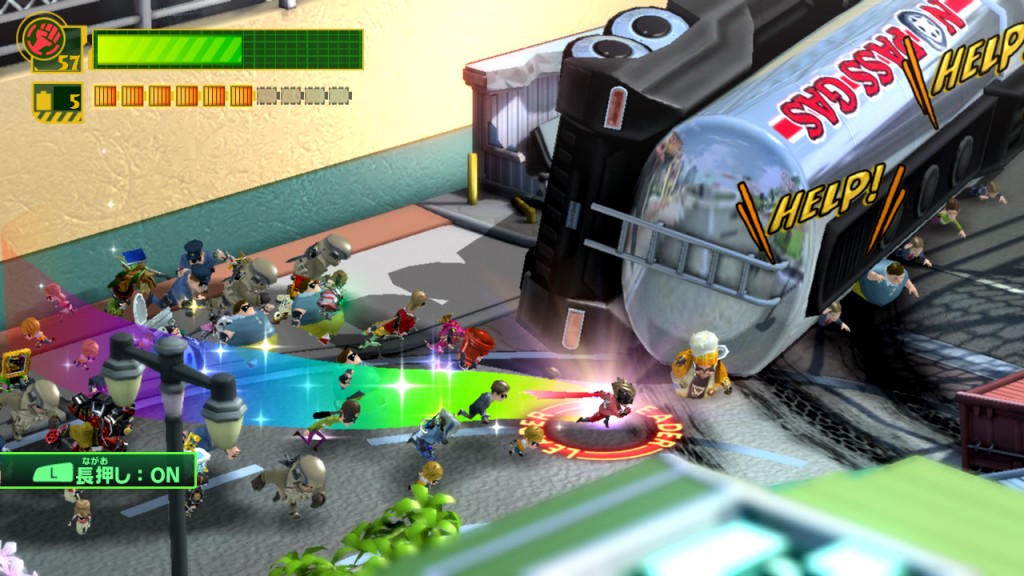 Be sure to keep an eye out for troubled citizens. 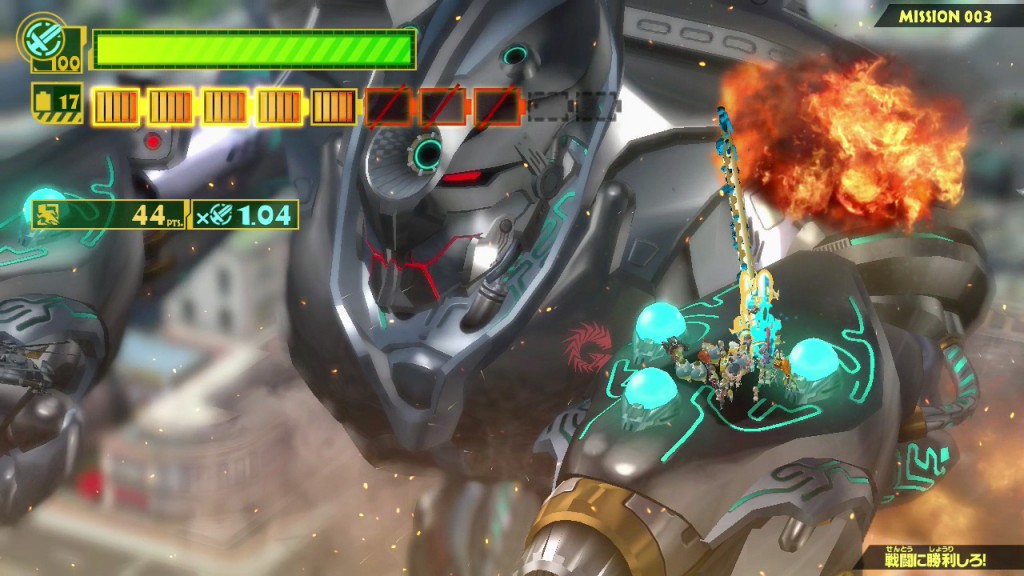 Try your luck against some massive bosses.

Along each stage there will be sudden developments that either uncover secrets between characters or a character’s past, or add more riddles to the equation. 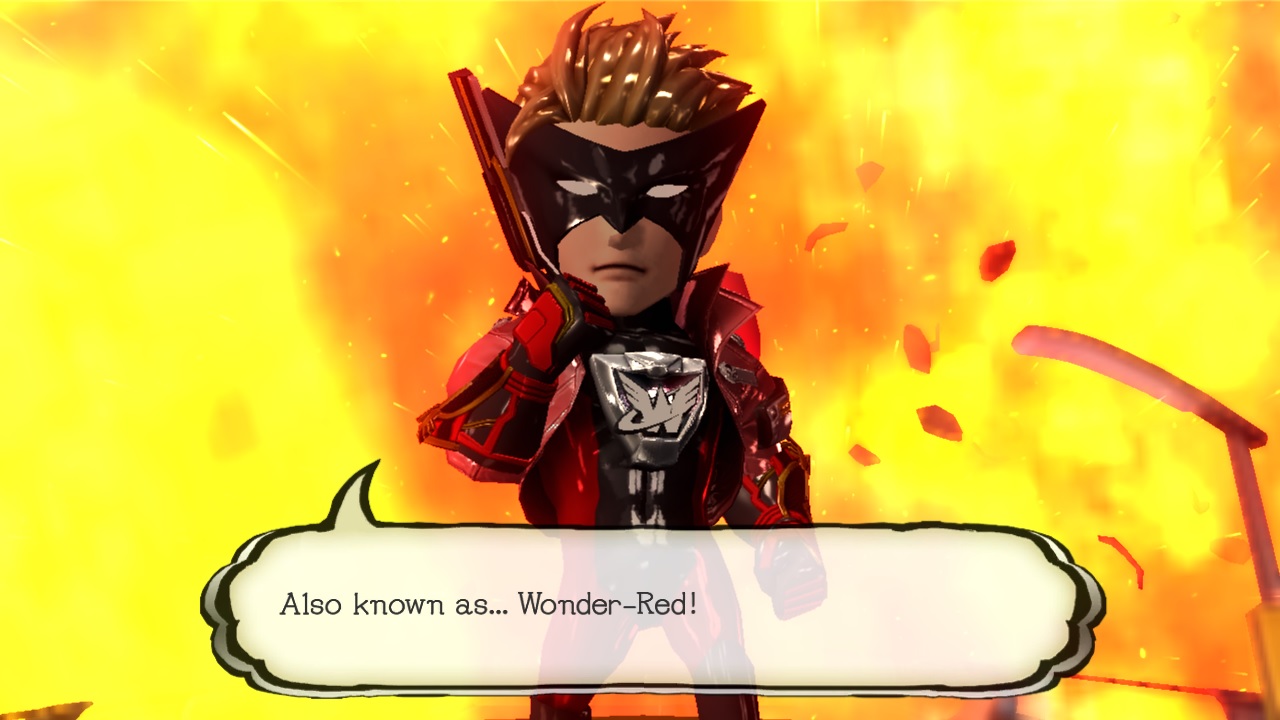 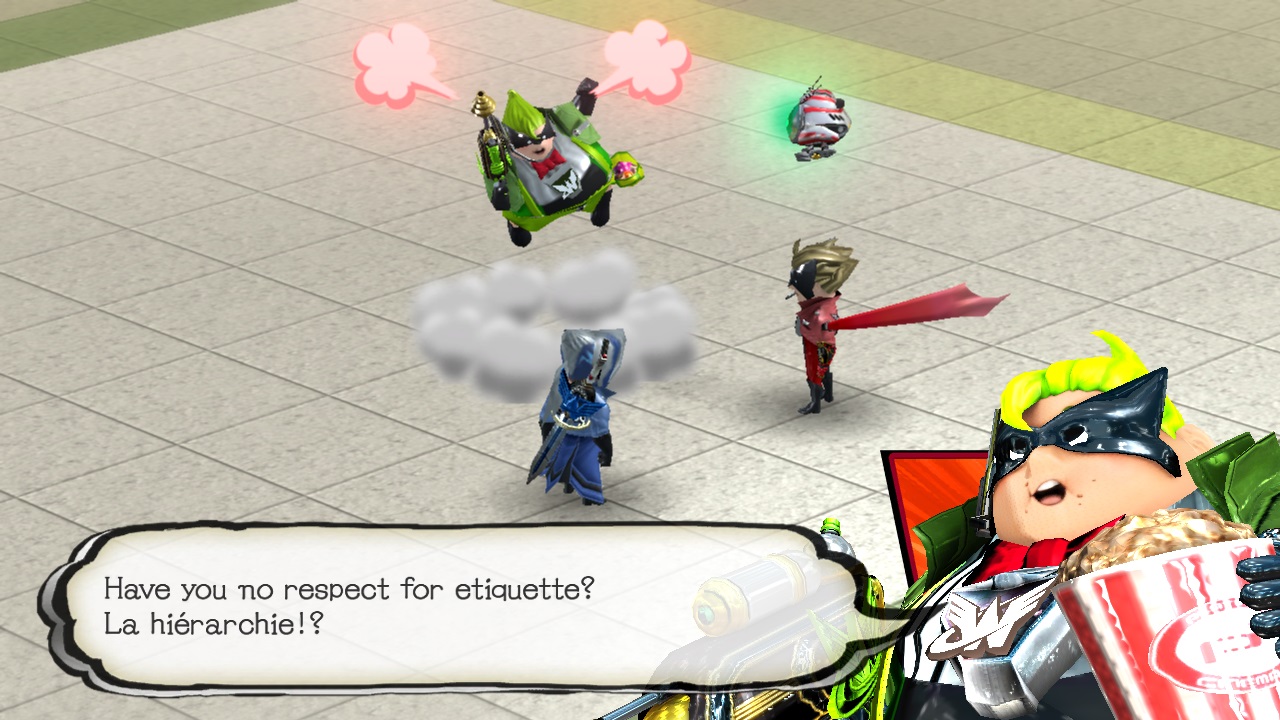 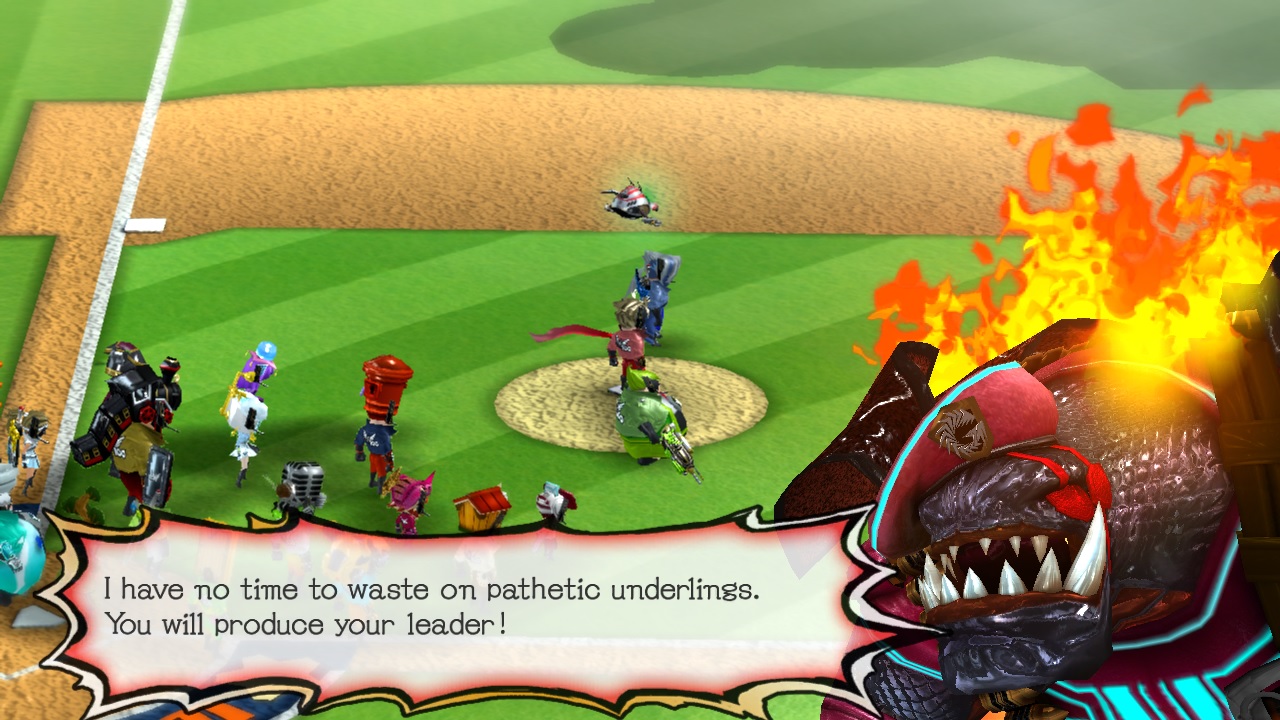 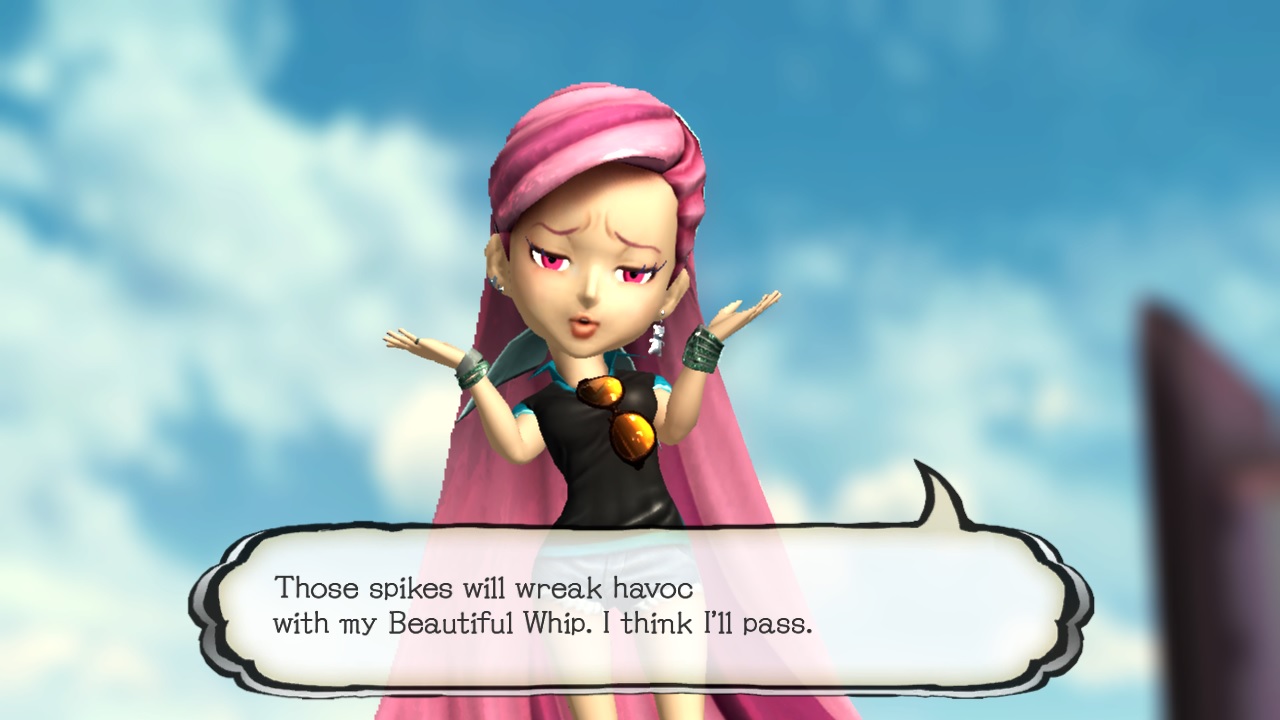 Also, I know it sounds like trying to control 100 characters at the same time would be a mess, but rest assured, it’s more fun than you think.

During gameplay, you’ll choose a main character that your other heroes will closely huddle around. This means you don’t have to be worrying if anyone is lagging behind. Actually, once you experience how fun it is to be slinging your whole group at the enemy, you’ll probably have a hard time feeling satisfied controlling just one character in other games again. 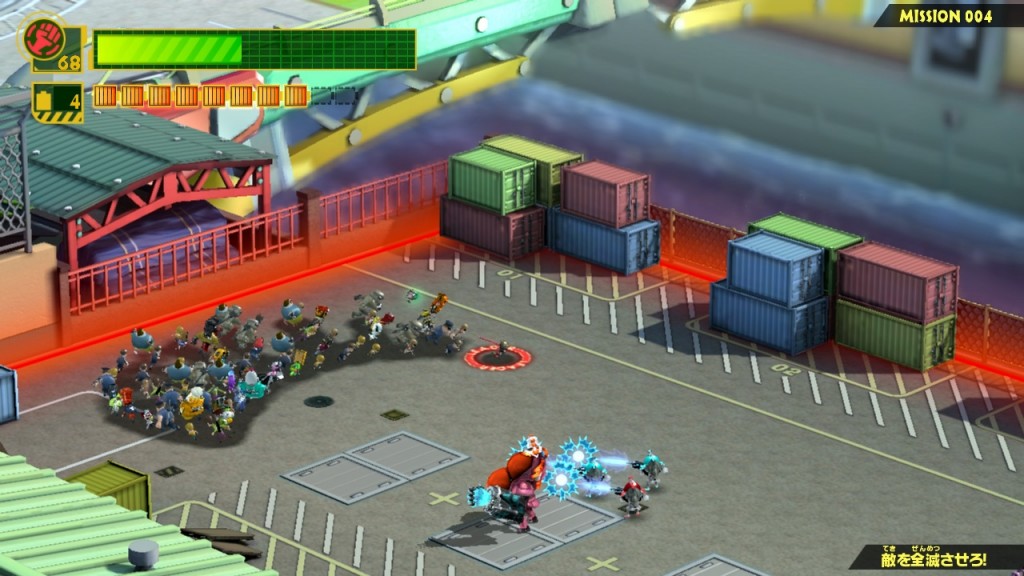 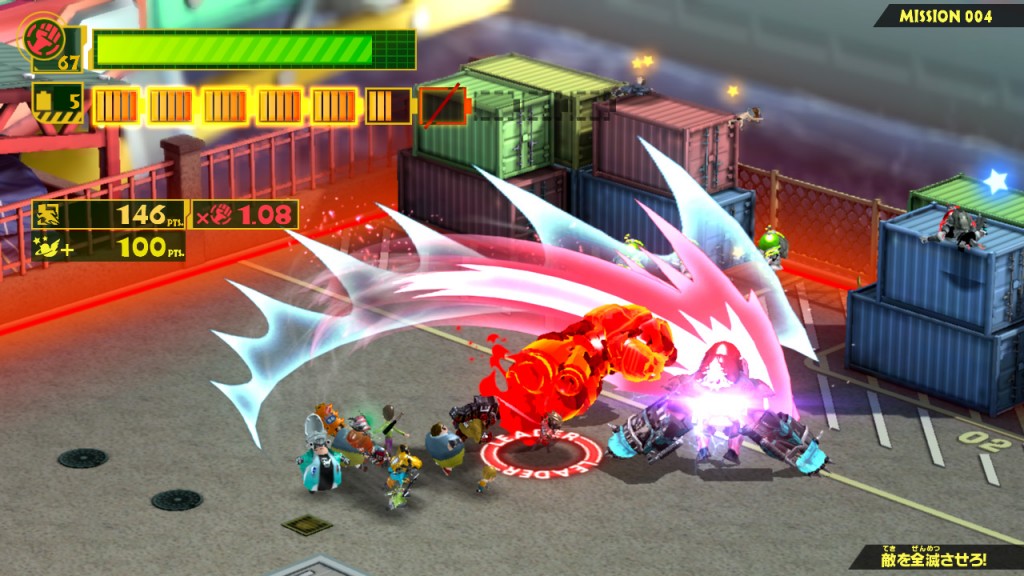 There also happen to exist several types of special attacks only possible through utilizing your hero group. These make up the meat and potatoes of the game, so we’ll save getting into them for next time.