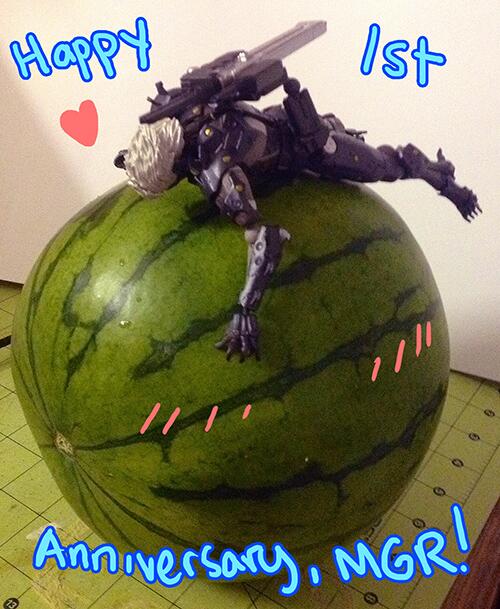 To celebrate the one-year anniversary of Metal Gear Rising: Revengeance, we recently held a contest on Twitter. We were touched by the outpouring of support and wacky videos we received.

Until scientists invent a device to measure raw enthusiasm, we didn’t feel that there was any fair way to objectively judge the submissions, so we decided the contest winners by random drawing. There were, however, several entries in particular that brought a smile to our faces.

The contest asked fans to tell us something they loved about MGR, or send us a video that had something to do with the game. In this post, we will share some interesting facts about what people enjoyed about MGR, and a few of the most memorable video submissions. 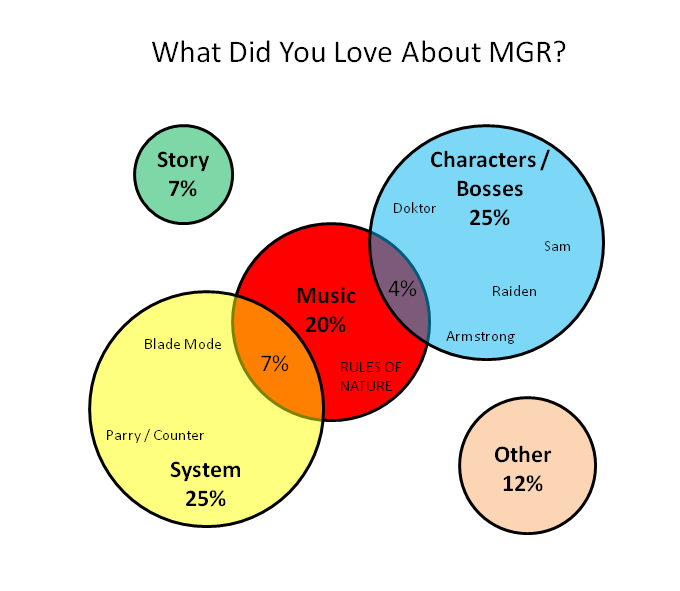 The soundtrack was a common theme running through the entirety of #mgrcontest. While individually it didn’t come out on top, many people mentioned how the soundtrack integrates into other things they love about the game, such as the boss battles, or how it elevates the action to new heights.

Speaking of music, check out our interview with MGR composer Akira Takizawa from last week. We asked you to tell us about your favorite Takizawa piece in the comments. Rules of Nature came up multiple times, with The Hot Wind Blowing and I’m My Own Master Now following close behind.

The battle system, including Blade Mode, was a popular choice among fans. This was reflected in the fan videos in…surprising ways.

Characters matched the battle system shot for shot in popularity. We are thrilled that our designs inspire amazing fan art. @rtcifra was even kind enough to take a video of a beautiful painting in progress.

PlatinumGames is filled with fans of classic games. While we may have missed our chance to release a genesis title, this video gave us a glimpse into an alternate reality.

Finally, what would a contest be without a little Cosplay? Happy B-day Raiden!

It takes guts to punk a guy who rips out spines as a hobby.

One individual enjoyed a very specific aspect of MGR. No comment. 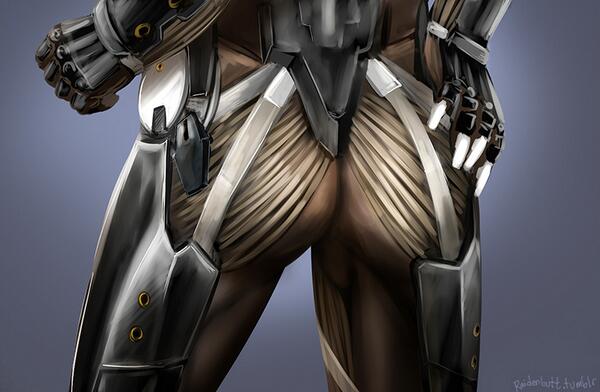