Hello, my name is Hiroki Onishi. I was the lead environmental artist for Bayonetta 2.

A large section of Bayonetta 2 takes place in Noatun, a city filled with waterways and rivers. In order to design Noatun, we traveled to Italy and Belgium to see cities that fit this aesthetic up close. The trip ended up being more rewarding than we could’ve imagined.

Our journey began with a 12-hour flight from Kansai to Brussels. We planned on visiting Bruges and the Cathedral of Our Lady first, but when we arrived, we heard the Royal Palace was currently open to the public, so we rearranged our schedule to make that our first stop. 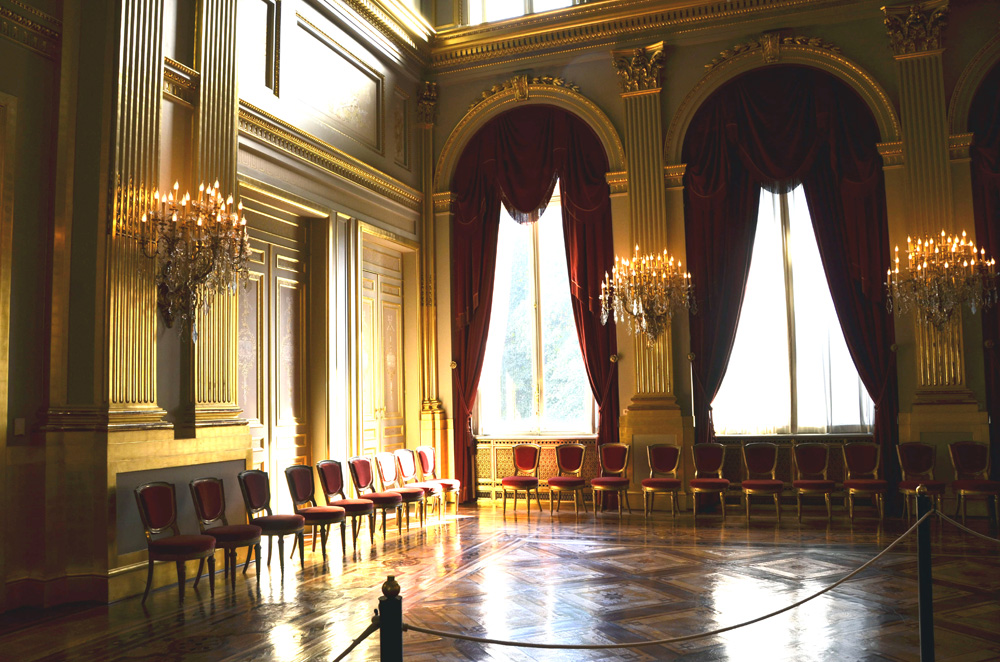 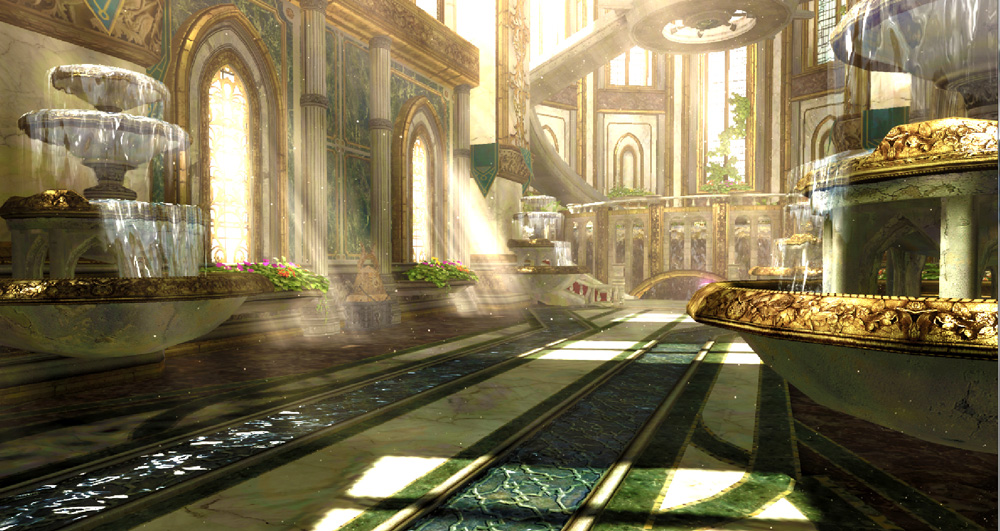 The Royal Palace was perfect for helping us figure out the some of the game’s grander architecture. A lot of the places we visited prohibited photography, so we were thrilled that the palace allowed cameras as long as the flash was off. It was a great start to the trip. The building we created for Bayonetta 2 ended up being a little more stylized than we originally planned, but I’m happy with how it turned out. I think its impact on the player is stronger than before. Look forward to seeing it in the game. 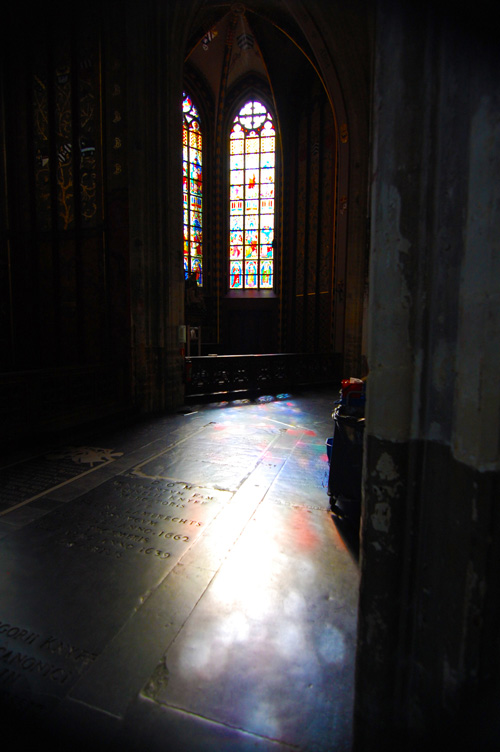 Church of Our Lady

Can you see the color reflected on the floor from the stained glass in the picture above? These kinds of antique glass have a high transparency that clearly reflects color onto walls and floors when hit with sunlight. This photo was taken in the Church of Our Lady in Bruges. If the sunlight is too strong, only white will be reflected, but if it’s too weak, the colors will blur and be indiscernible. If you don’t have the correct amount of light, the phenomenon won’t occur. We saw several cathedrals on our trip, but this was the only time we were able to catch light reflecting on the floor. I saw this and thought… I really want to recreate how beautiful this is in a game. It ended up being everyone at Platinum’s favorite location inside the cathedral in Bayonetta 2. It’s nice to be able to just turn on a game and see it any time I like. 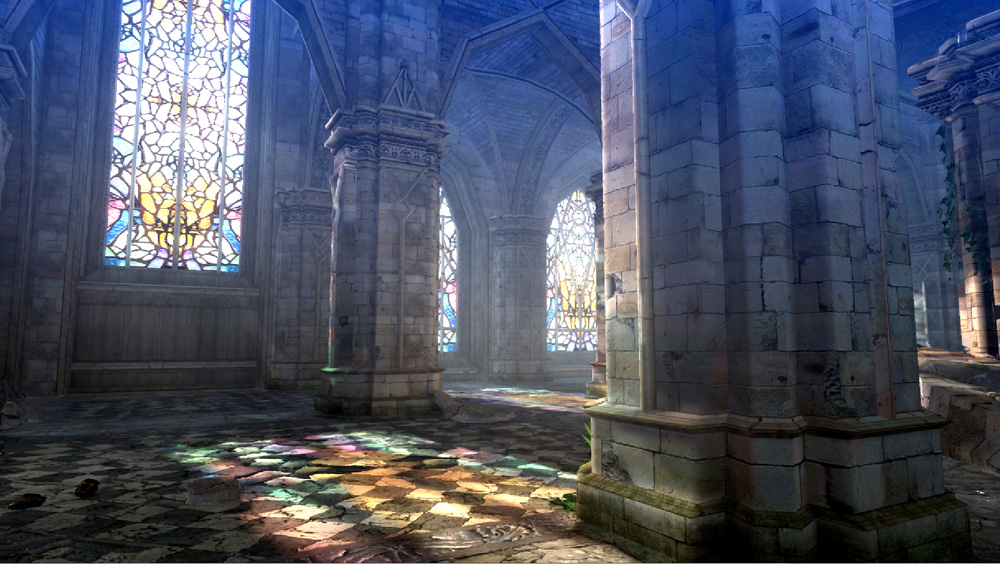 After we were done in Belgium, we moved on to Italy. Our time in Italy provided two breakthroughs to Bayonetta 2’s environments.

The first were these stone walkways. The picture below was taken in Florence–notice how thick the stones are and how the road curves upwards in the middle so rain will naturally flow down to the waterways on the side. On narrow roads with no waterways, the path slopes inward, so the water will collect in the middle.

We designed several paths like this for Bayonetta 2. In an action game, it’s more beneficial to the player in battle to have the camera looking downward, so the ground will usually take up a significant portion of the screen. Therefore, we put a lot of emphasis on making these textures look realistic. I think if Bayonetta really did fight here, she’d probably get her heel stuck between two rocks in the road. 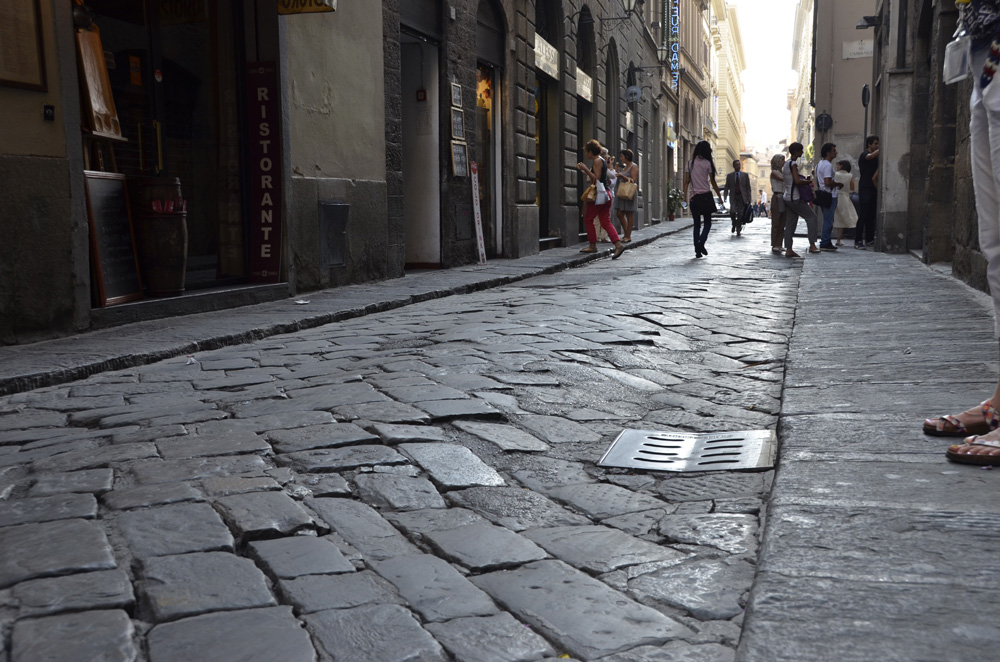 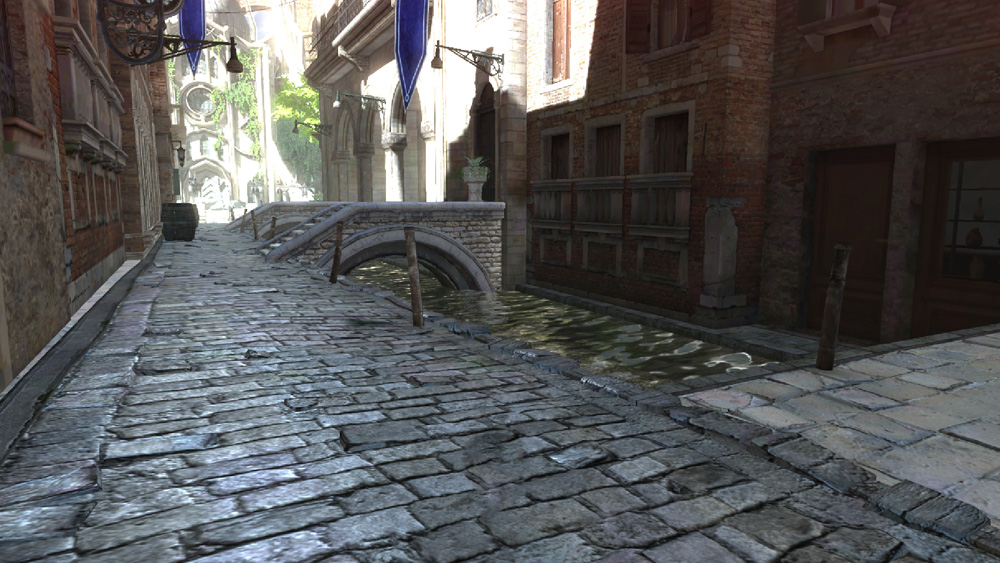 Our other major takeaway was the tiled roofs. Most of the roofs in Italy are made with orange bricks that turn white or black when aged. Only bricks that have been newly thatched are orange. Houses that didn’t regularly repair their roofs would have nothing but white bricks. However, if you look from the distance, the city’s buildings look like they are covered in a uniform layer of orange. Our hotel in Venice had bricks low enough that you could stick your hand out of the window and reach up and touch them. They must have been considerably aged, but they felt sturdy and held in place surprisingly well. In Japan, there are places that try to imitate European style by selling pre-aged, multi-colored bricks, but after going to Italy, it terrifies me that Japanese people probably don’t understand how different the real thing is. 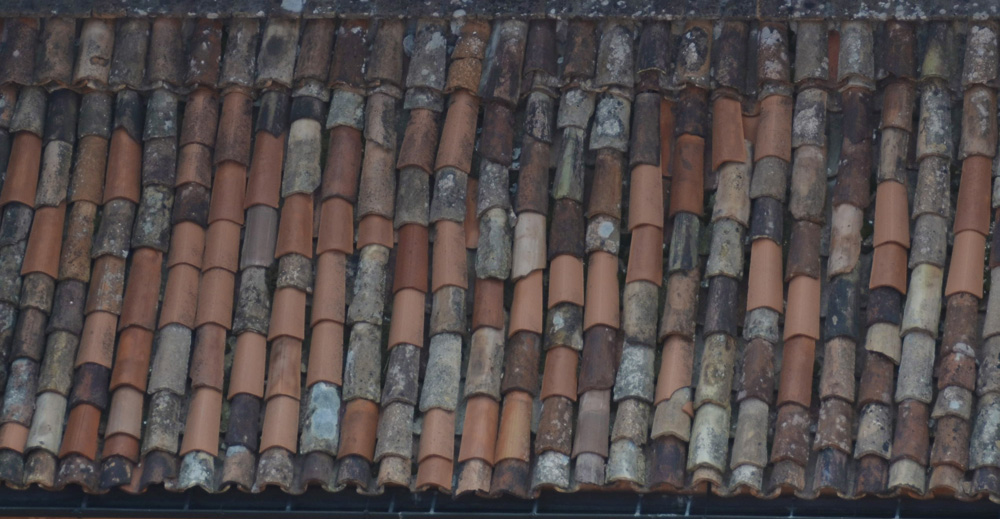 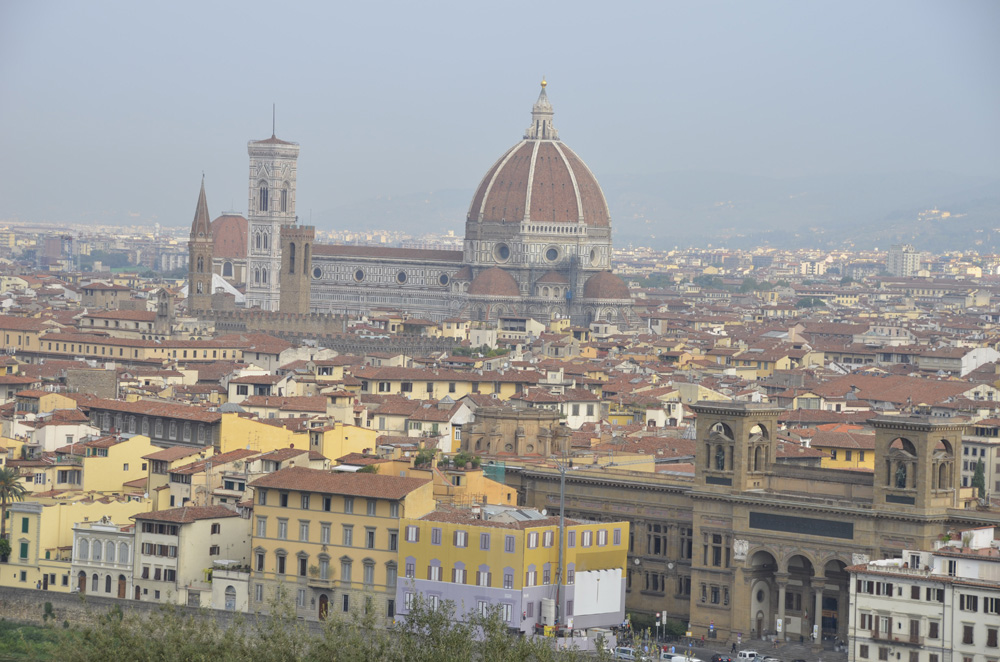 The cities in Italy were full of flowers—the terraces on buildings would usually be decorated with colorful flower arrangements. I assumed this was done for tourism, but when I asked someone, they told me everyone grows them because it’s easy. They’re mostly geraniums that need to be watered or looked after very little. It’s true, we were in the city taking photos from early in the morning until late at night, but I never saw anyone watering anything. When I came back to Japan I bought some geraniums myself to see if they really were that easy to take care of. They were all right when it was still warm out, but every last one died in winter. Maybe Japan isn’t the most welcoming climate for them. 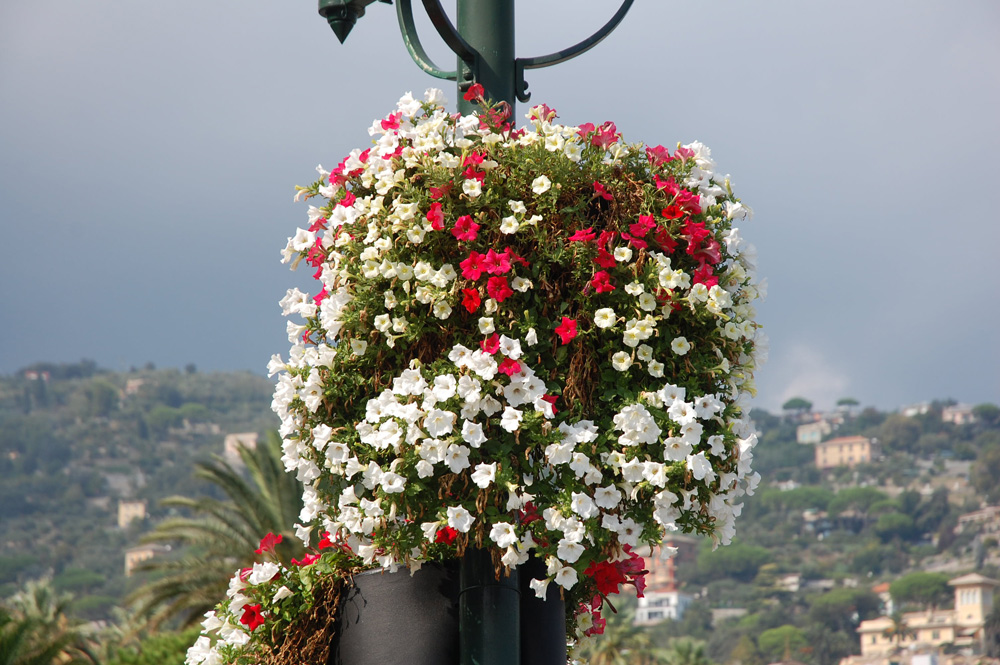 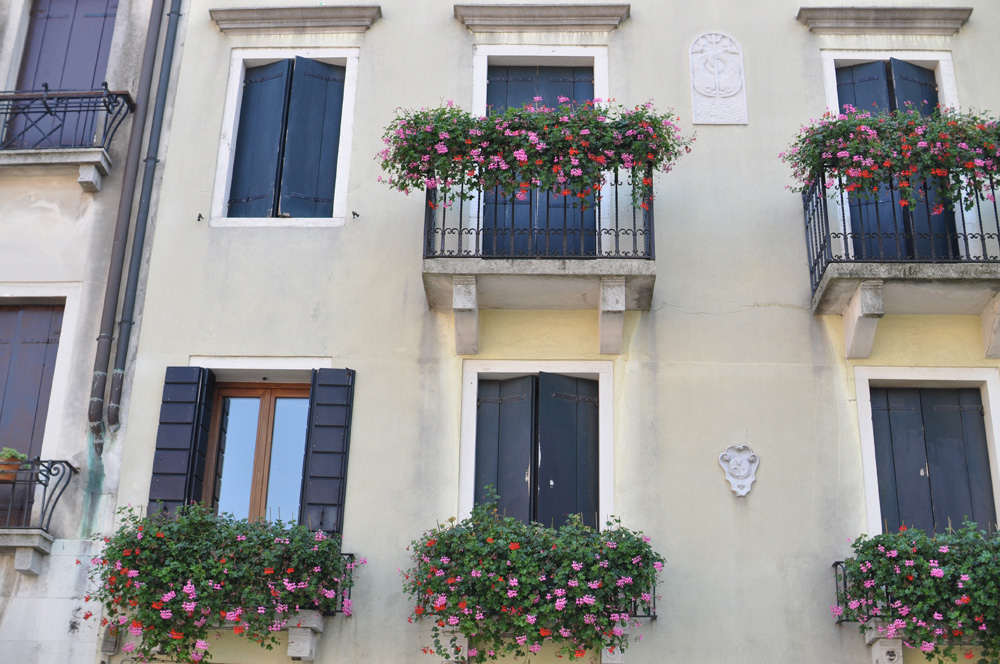 I saw something interesting when I was in Venice. Can you see the picture below, and how the knobs are close to the middle of the door? When I asked why, I was told it was because older locks were made separately from handles, and it was hard to fit both in the same place. The picture below wasn’t the exception; a lot of doors in Venice looked like this. They seemed like they’d be tricky to open. 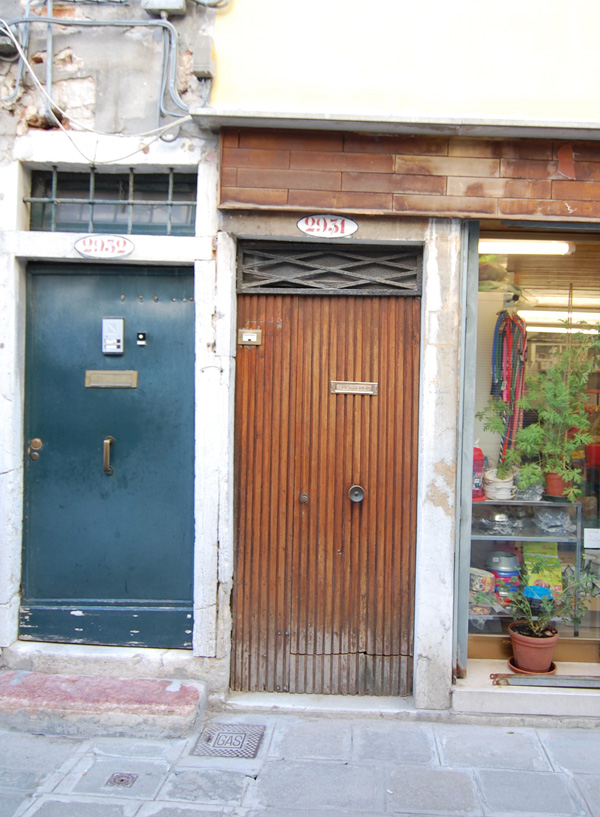 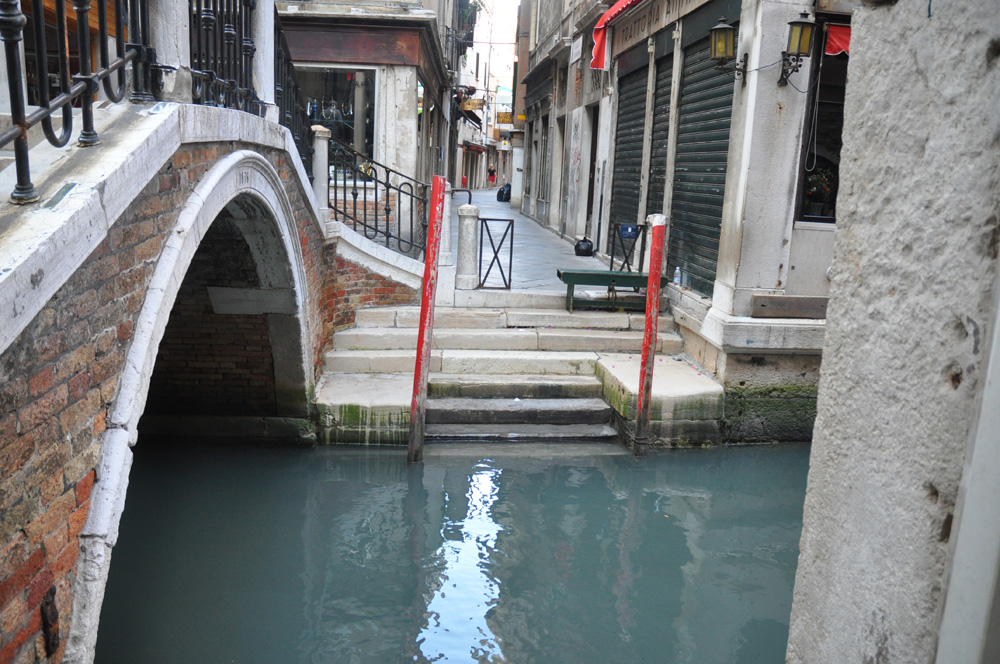 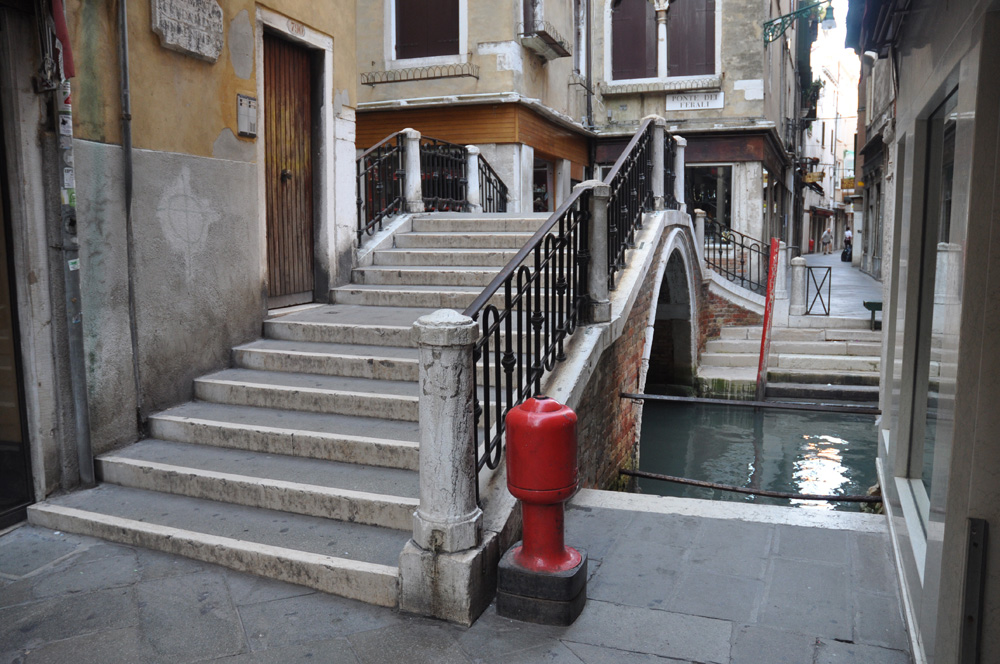 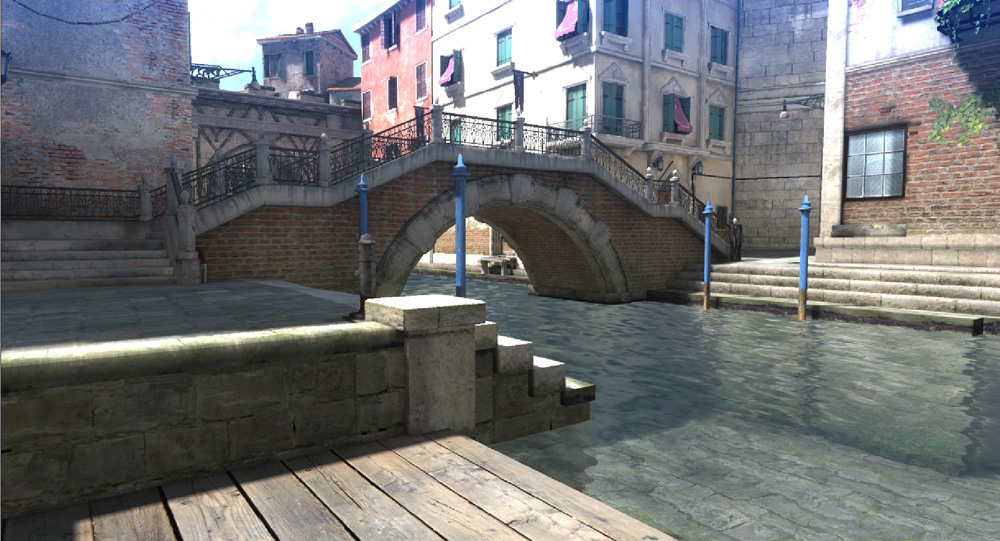 I think the most challenging thing we faced after our trip was conveying how important water was to the everyday lives of the city’s inhabitants. In Venice, there were no roads for cars to run on, because there were no cars—everything was handled by boats. There were no gates in the rivers to make sure travel was simple. Even refrigerators and laundry machines were carried to houses on small boats before being loaded up on push carts. We had to carry all our equipment on a boat to our hotel, and then drag everything along bumpy stone paths. It was a new experience for all of us, and it gave us some slight culture shock. Yet I think it was things like these that gave Venice a unique artistic quality that was interesting to express in the game. If anyone from Venice were to play the game and actually relate with our depiction of the citizen’s daily lives, I’d be honored.

Going abroad provides new experiences, information, and teaches you to view things in a broader, different way than before. Even outside of work, I still make an effort to travel abroad every year. If anything, just because I learn so much from it. I actually still haven’t traveled anywhere in Asia outside of Japan, but I hope I’ll eventually have the chance to. Thanks for reading all the way to the end!