Hello everyone, my name is Hiroshi Yamaguchi. I was a composer on The Wonderful 101.

Starting today, people around the world will be able to download the official soundtrack for The Wonderful 101! But that’s not all. This is the first soundtrack released under our very own PlatinumGames record label: Polaris Tone. As the game celebrates its 1st anniversary, I could not be happier to bring you the soundtrack.

I worked on The Wonderful 101 for around two years of its development. When I first joined the team I was the only one in the BGM section. While experimenting with various directions to take the music, rough design documents and in-progress screenshots were my only reference.

Even at this early stage, the concept of 100 heroes coming together in the Unite Morph was already in place. More than just your run-of-the-mill hero series, it was a tale of courage and comradery; a story of 100 brave heroes working together to stop evil on a massive scale! With this world in mind, I set out to make catchy music that would appeal to an audience just as wide as the universal themes of heroism that the game is all about.

The first song I completed was for the opening stage: “ST01 Roll Out, The Wonderful 100! Battle in the Blossom City Burbs.” I really liked the hook at the end of this song, so I decided early on to use it as a recurring motif throughout the whole game. Around this time I had also finished a rough version of the music for the second stage: “ST02 Head for Blossom Tower”, using ideas I had left over from stage one. Just as I was patting myself on the back, thinking how smoothly everything was going, Director Kamiya requested a common jingle that would appear in the music for each stage. It proved much more difficult than I initially anticipated. It is embarrassing to admit, but it took me over 40 attempts to get it right. You can hear the fruit of my hard work in “Roll Out Jingle 1.” I break into a cold sweat now just hearing the word “jingle.”

Three months after I started on the project, Takizawa, a composer with three years experience in the company, joined me on the team. About half a year after that, a new composer (in her first year at the company) named Kurokawa also joined the project. While originally conceived as a mid-sized project, by the time Kurokawa joined us the game had already grown considerably in scope, and the overall shape was starting to come together. I thought to myself, “this one is gonna be huge” and, as expected, we were super busy right up until the end of the project.

The highlight of the project for me was composing “The Won-Stoppable 100.” You may have read about this in Director Kamiya’s blog, but we decided to redo it right before the game went gold. It was a do-or-die situation for me. There were points where I was on the verge of giving up. I would go up to Director Kamiya and Assistant Producer Kurooka and beg them to accept my latest version of the song. Then one day, Takizawa comes out and says, “Listen, I’ll take care of the implementation of all the sound data. Mr. Yamaguchi, you just focus on making this song the best it can be.” What choice did I have? What kind of composer…what kind of person would I be if I didn’t make something spectacular!?

I delegated as much of my work as possible to Takizawa and Kurokawa and devoted my full attention to composing. That is the story of how, in one month, we got the theme song composed, recorded, and downmixed. As we approached our physical and mental limits, my co-composers gave it their all to get the game finished. I’m sure seeing the game come together before our eyes gave us the motivational boost to make it through. As I scrambled to get the song composed, many other people were working to get the English and Japanese vocals decided, the lyrics translated, and the recording schedules in order. It is fitting that many people had to work together (unite up?) to get the theme song finished.

The making of this music may have been stormy at times, but the clouds have cleared, and I am very thankful that we can bring you the soundtrack. We all came together to make this soundtrack something that resonates with people. I hope you enjoy it!

That’s all from me. Everyone, please listen to the soundtrack and feel your heroic soul ignite!

Hello, Takizawa here. (I’m the one with the sharp-looking eyes that would make even Wonder-White envious.)

It’s finally out: the wonderful soundtrack we’ve all been waiting for. If I ever don a mask, call me Wonder-Happy! This project was the longest I’ve ever worked on a single title. I could wax nostalgic for hours about the various bittersweet memories and heartwarming moments I had with my teammates over the course of production.

Burnt by the searing sun of summer,

Touched by the lonely winds of autumn,

We cross the perilous thin ice of winter,

Wow, I’m not sure what came over me. I was about to go into a Wonder-White-esk soliloquy. For sensitive listeners like myself, I recommend the track “A Sign” from Vol. 1. It may seem like just a short atmospheric BGM, but because it is so versatile, we ended up using it as a connecting piece throughout the game! Even the staff have forgotten how many times we used it, but if you have time on a rainy afternoon, feel free to give it a count! Until next time!

Hello everyone, my name is Kurokawa. The soundtrack for The Wonderful 101, the first game I worked on, will be available starting today! I’m speechless! When you spend over a year working on something, you really get emotionally attached. I got really excited when I heard it was going to get a digital release!

The other day I went back and listened to all 127 tracks…wow, that sure is a lot of music. Intense too, especially the second half.

The theme phrase is used in over half the songs, so it is a lot of fun to see how it has been arranged in its various iterations. Before long you’ll be spotting that theme phrase like a champ. To both fans of the game and those of you who have not yet had a chance to play it, I hope you enjoy the music we made and, as you listen, find yourself immersed in the heroic world of The Wonderful 101! 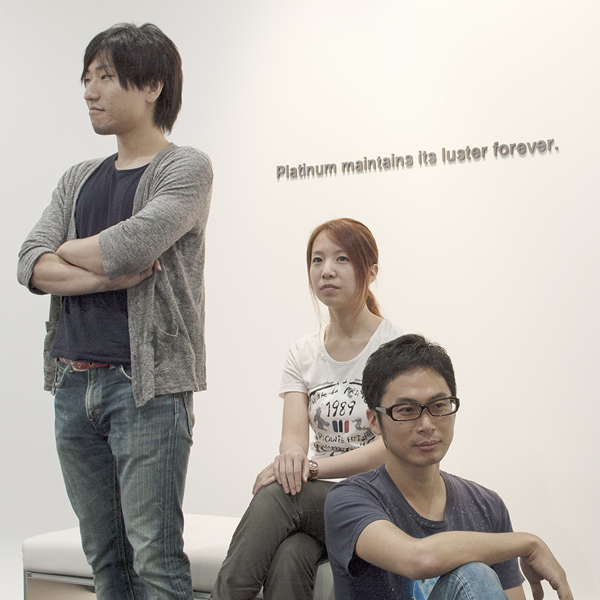