Hello, everyone. Liz from the localization team at PlatinumGames here!

Today I’ll be telling you about my first E3. Getting to go to E3 was actually a big moment for me – something I dreamed of when I was younger. So, did it live up to the hype? Let’s find out.

This was an especially exciting year to be at E3 as a PlatinumGames employee, because we announced three new titles! I hope all of you are excited for Transformers: Devastation, NieR New Project, and Star Fox Zero. We sure are!

Without further ado, let’s get started. Imagine yourself in sunny LA…

The day before the conference, the guys and I had some extra time, so I decided to take them to a video game store. Now, coming all the way from Japan, I didn’t want to take them to any old chain store, so I did some research and discovered an awesome retro game store in Los Angeles.
The folks there seemed to be excited to meet us when we mentioned that we were from PlatinumGames. Platinum games were prominently displayed in the store windows! Looks like these guys are fans. 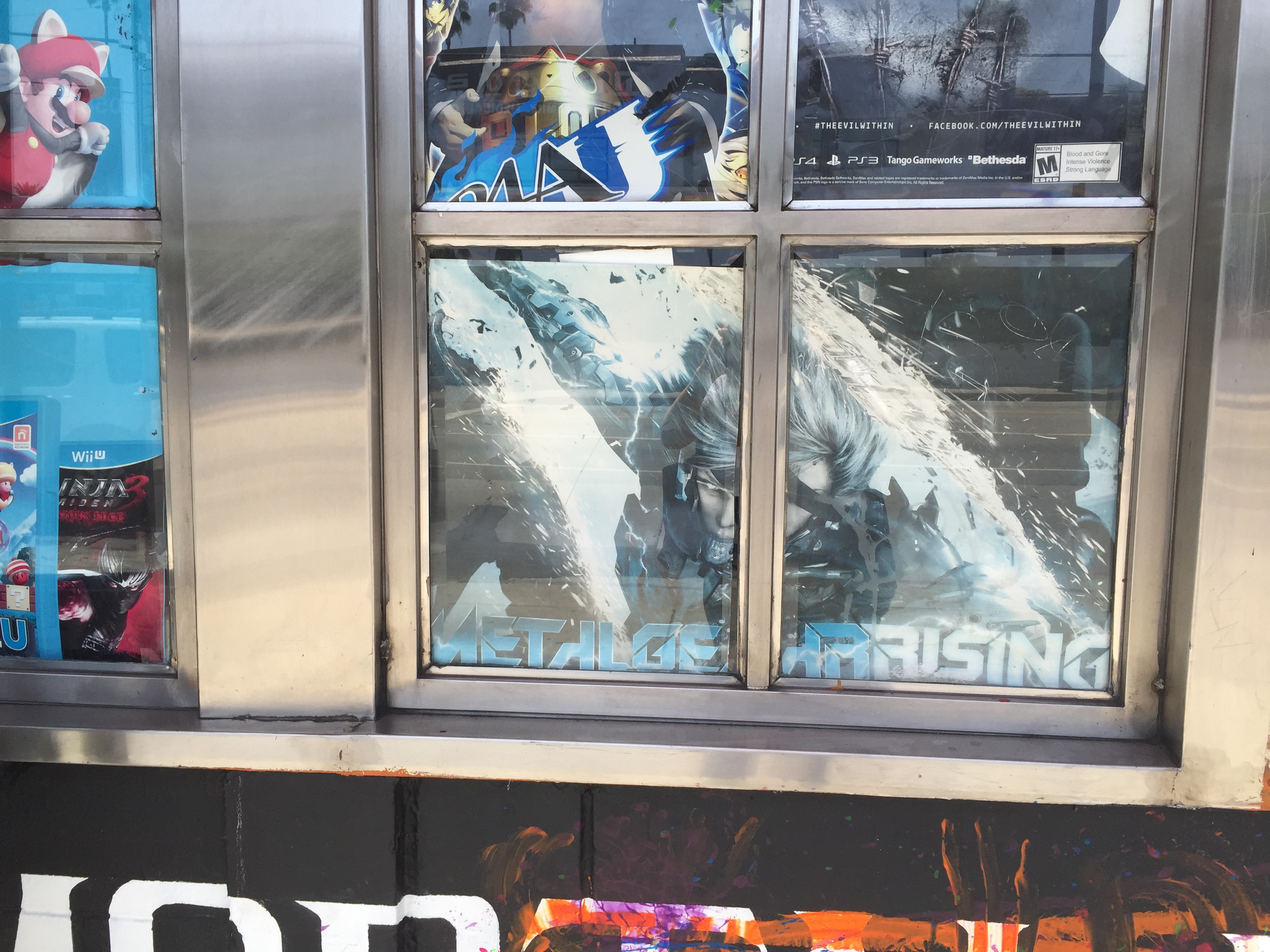 We got a kick out of the old consoles, some literally lying around. 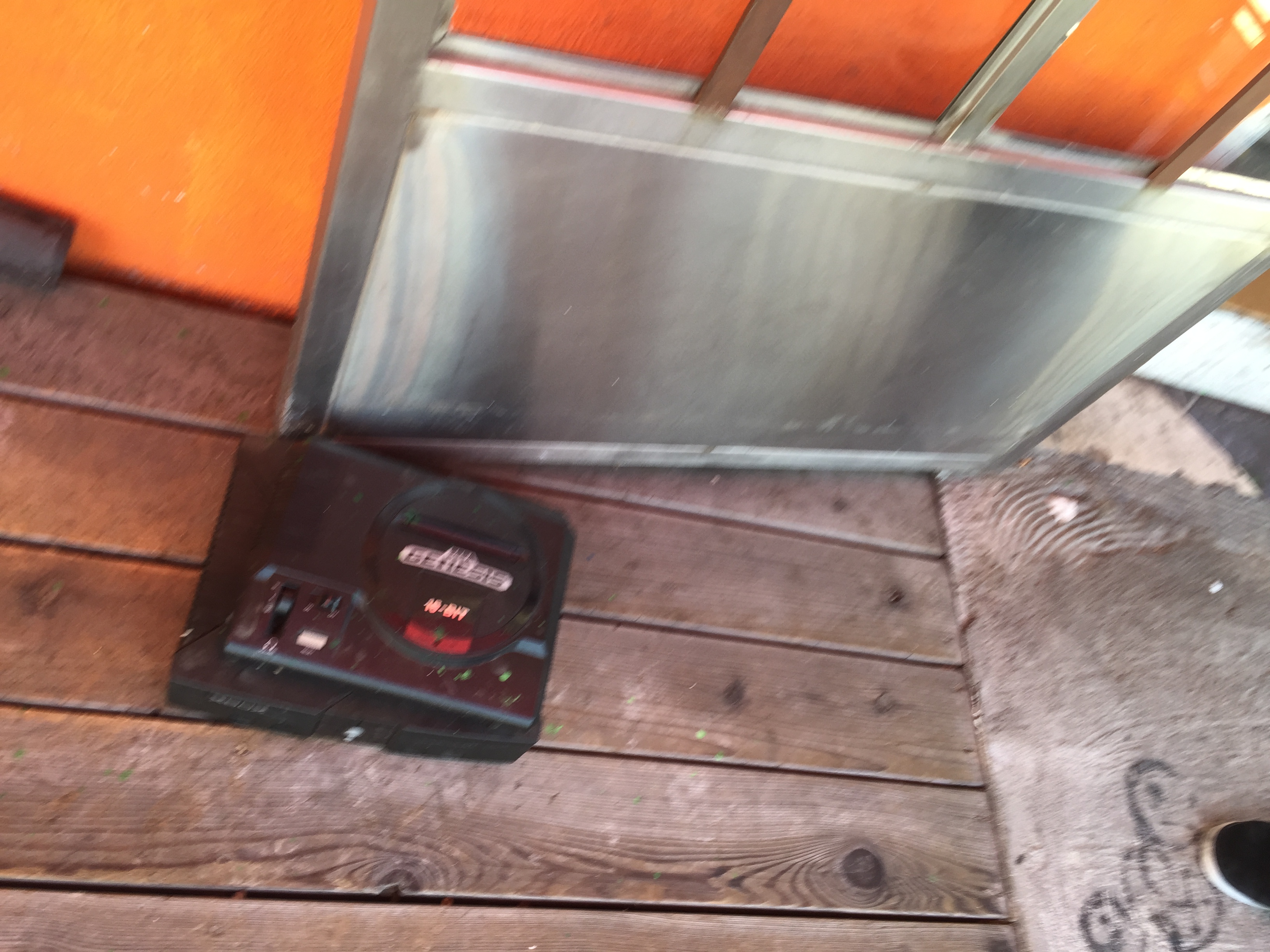 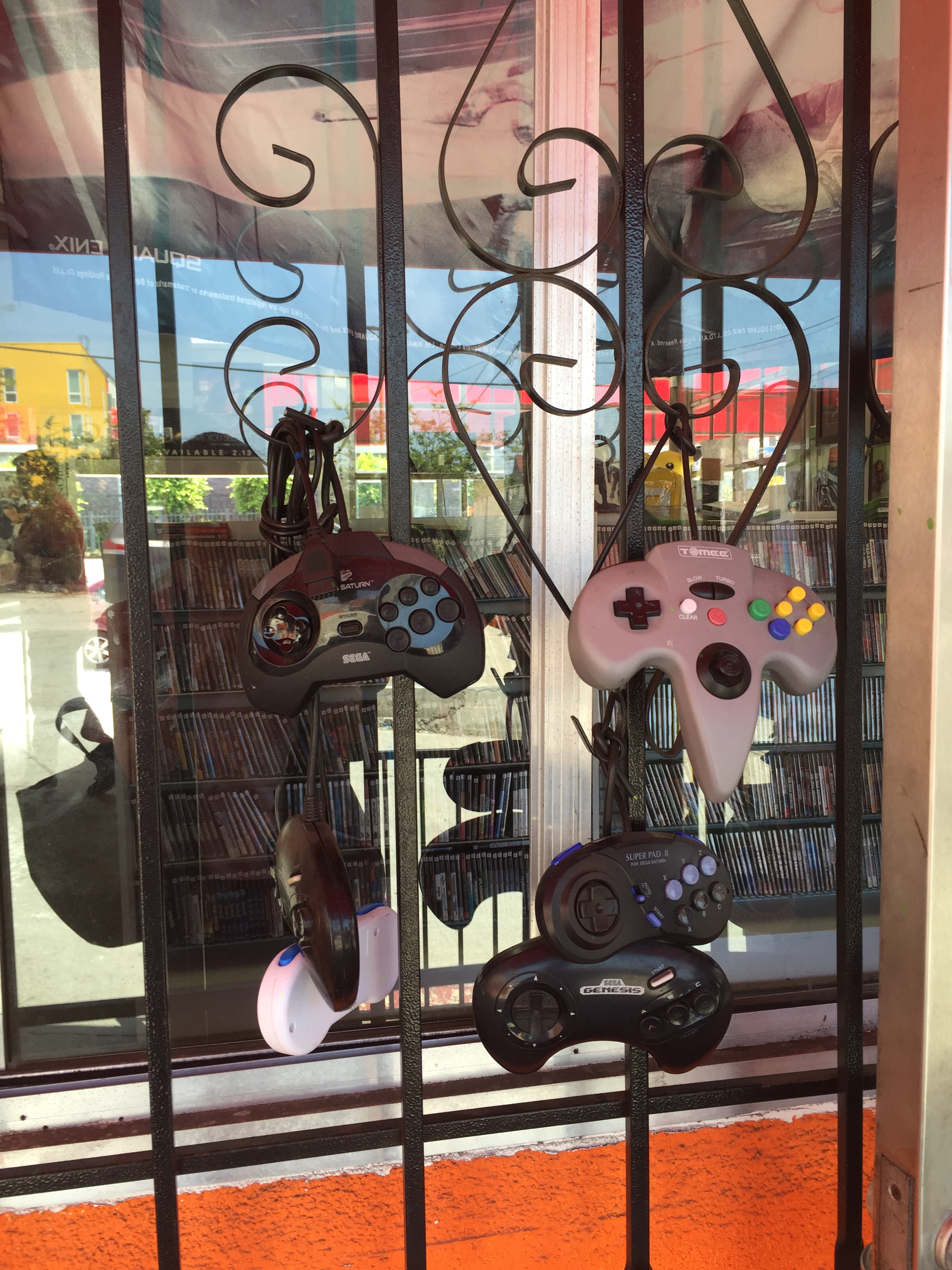 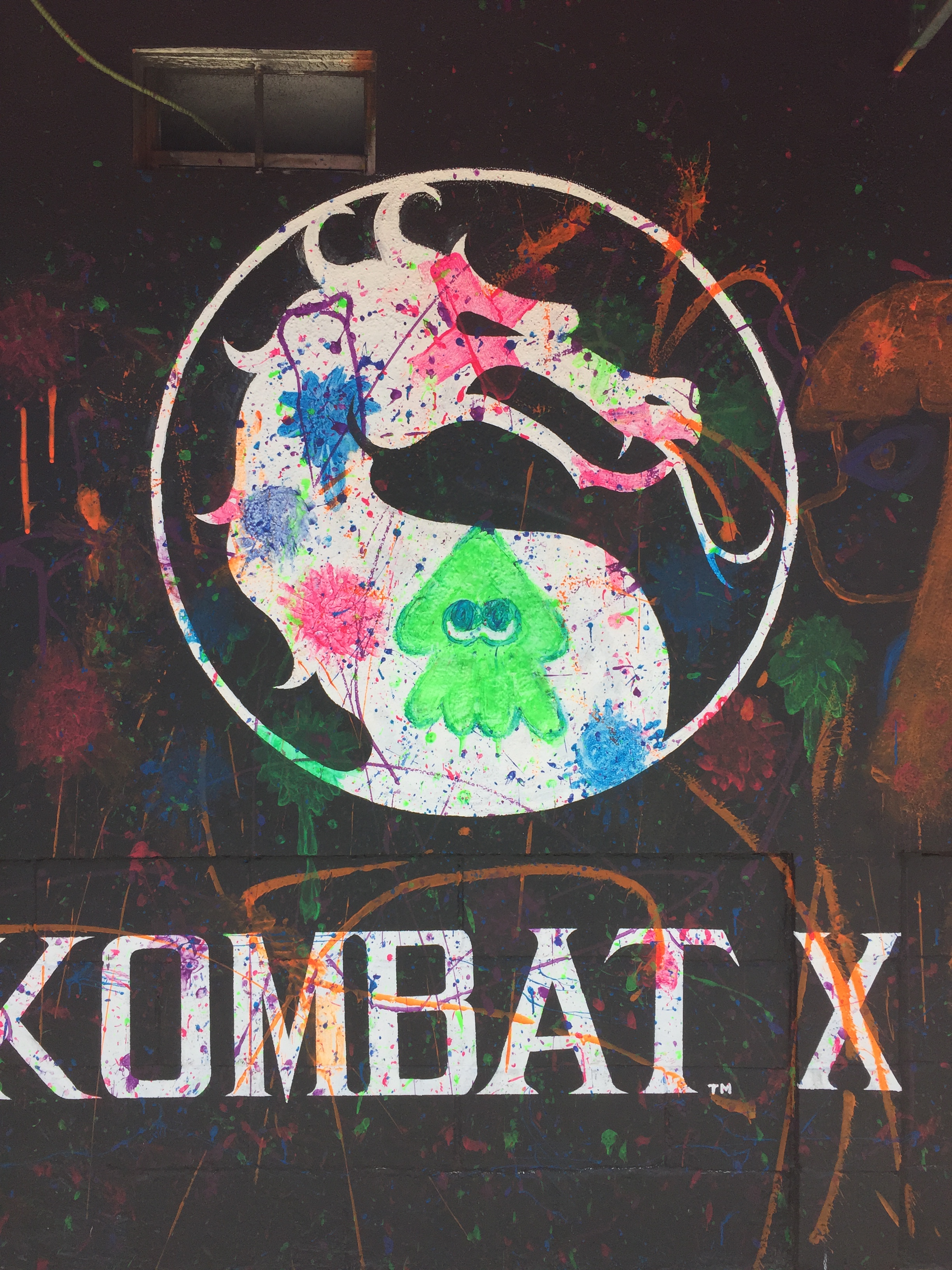 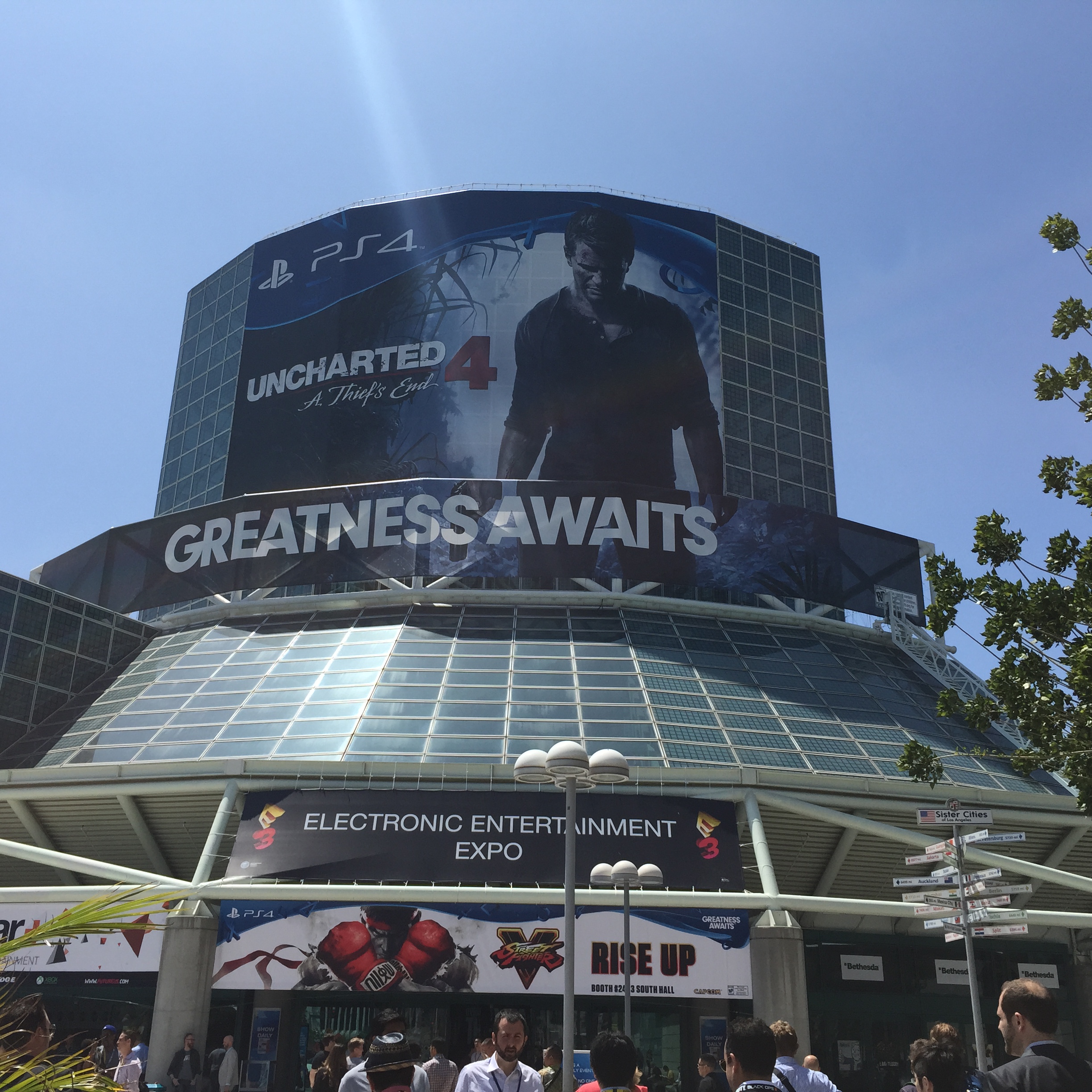 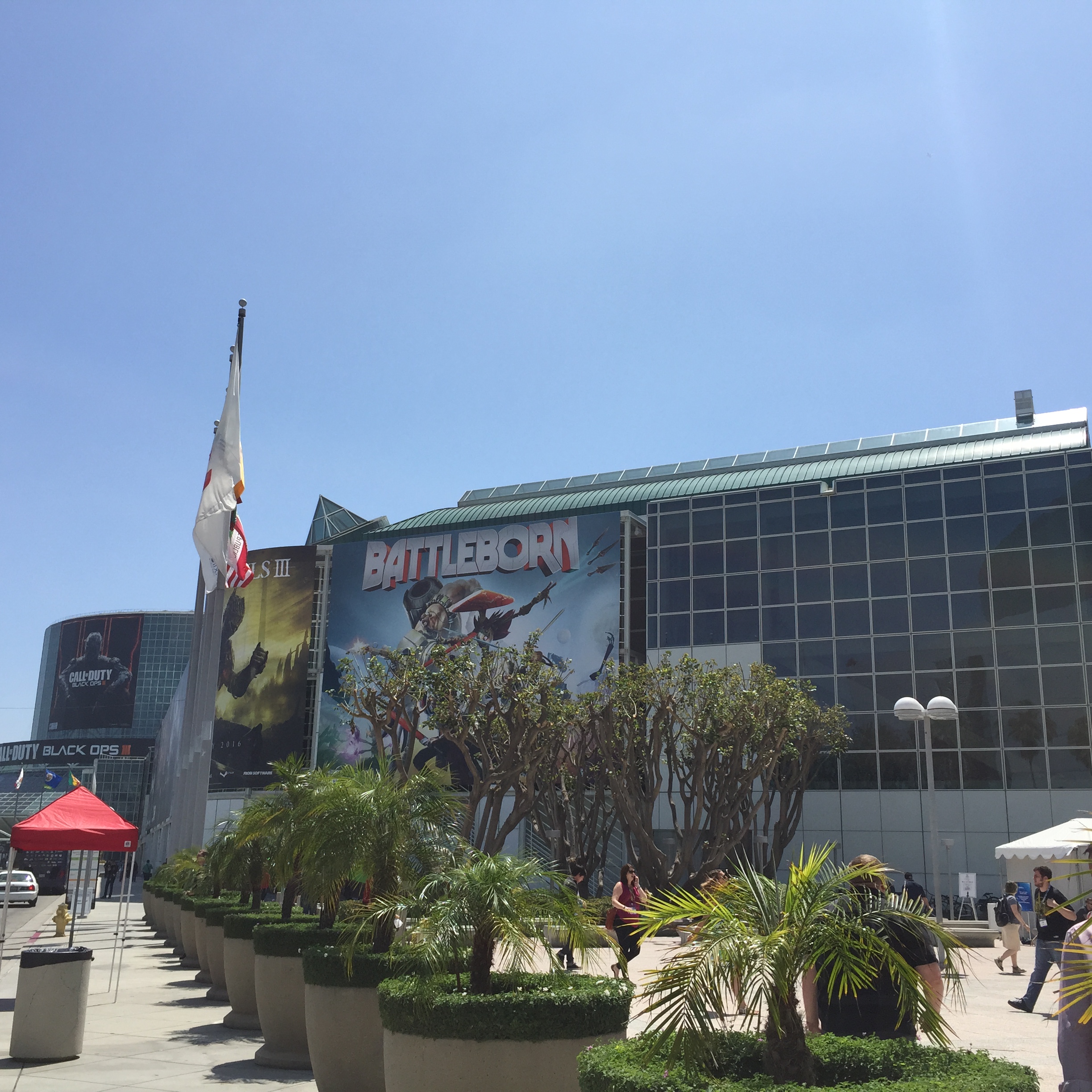 I was somewhat overwhelmed by the conglomeration of people lined up outside the halls, waiting to get in on the first day. It was modest chaos. Forget lining up, these guys are just milling around. 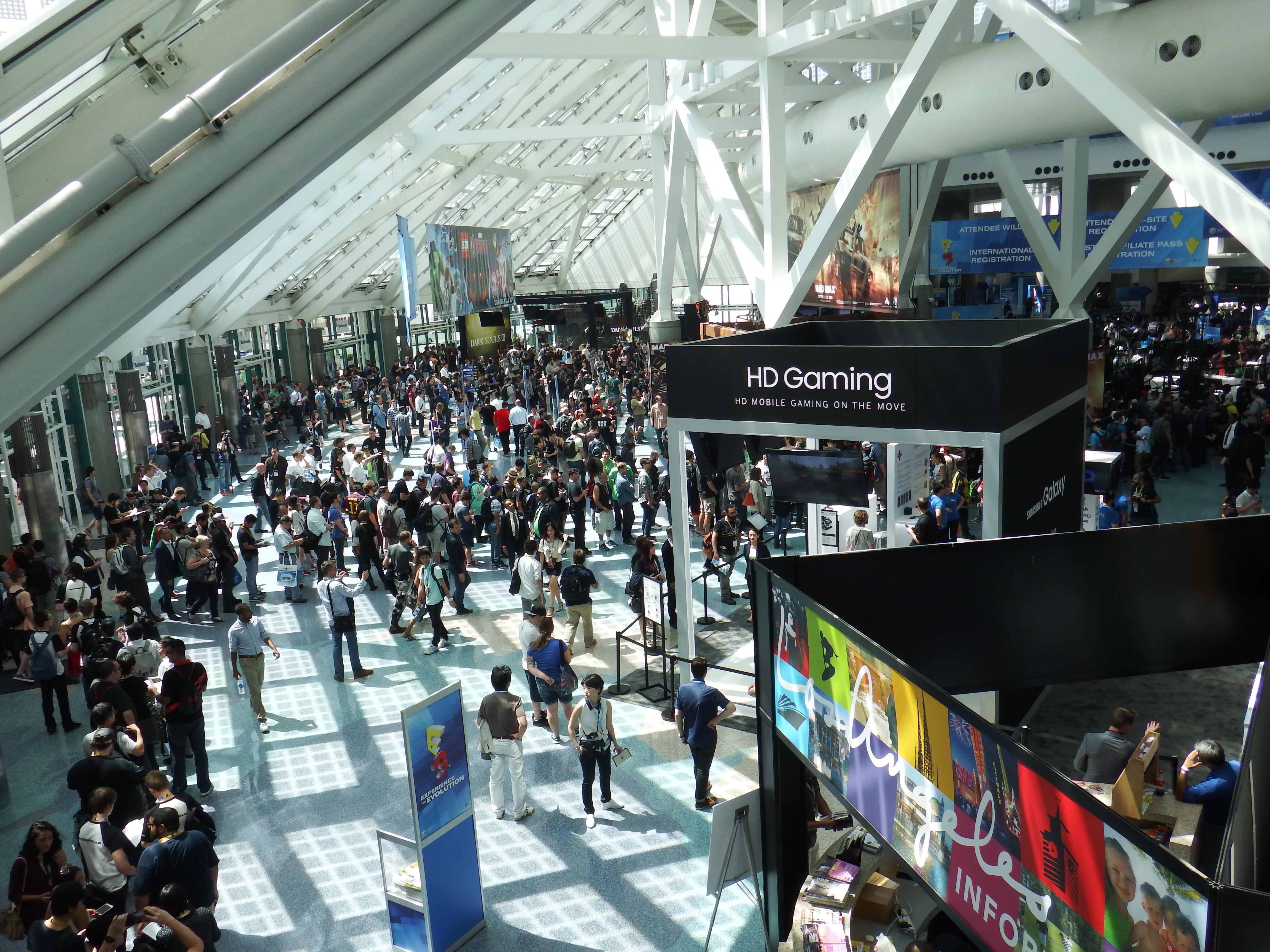 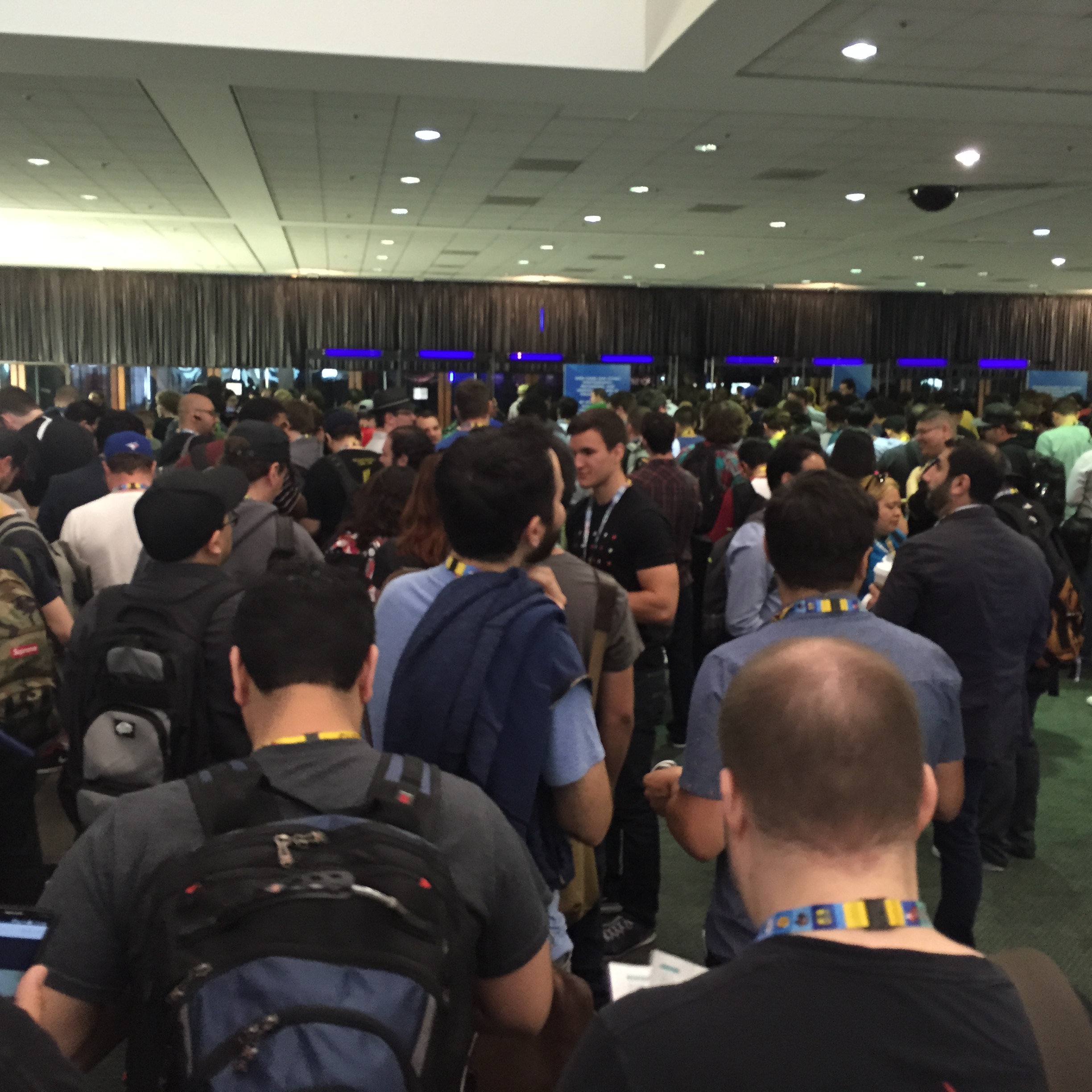 As soon as the doors opened, there was a rush to the Star Fox Zero demo. Lines for this were long throughout the convention. 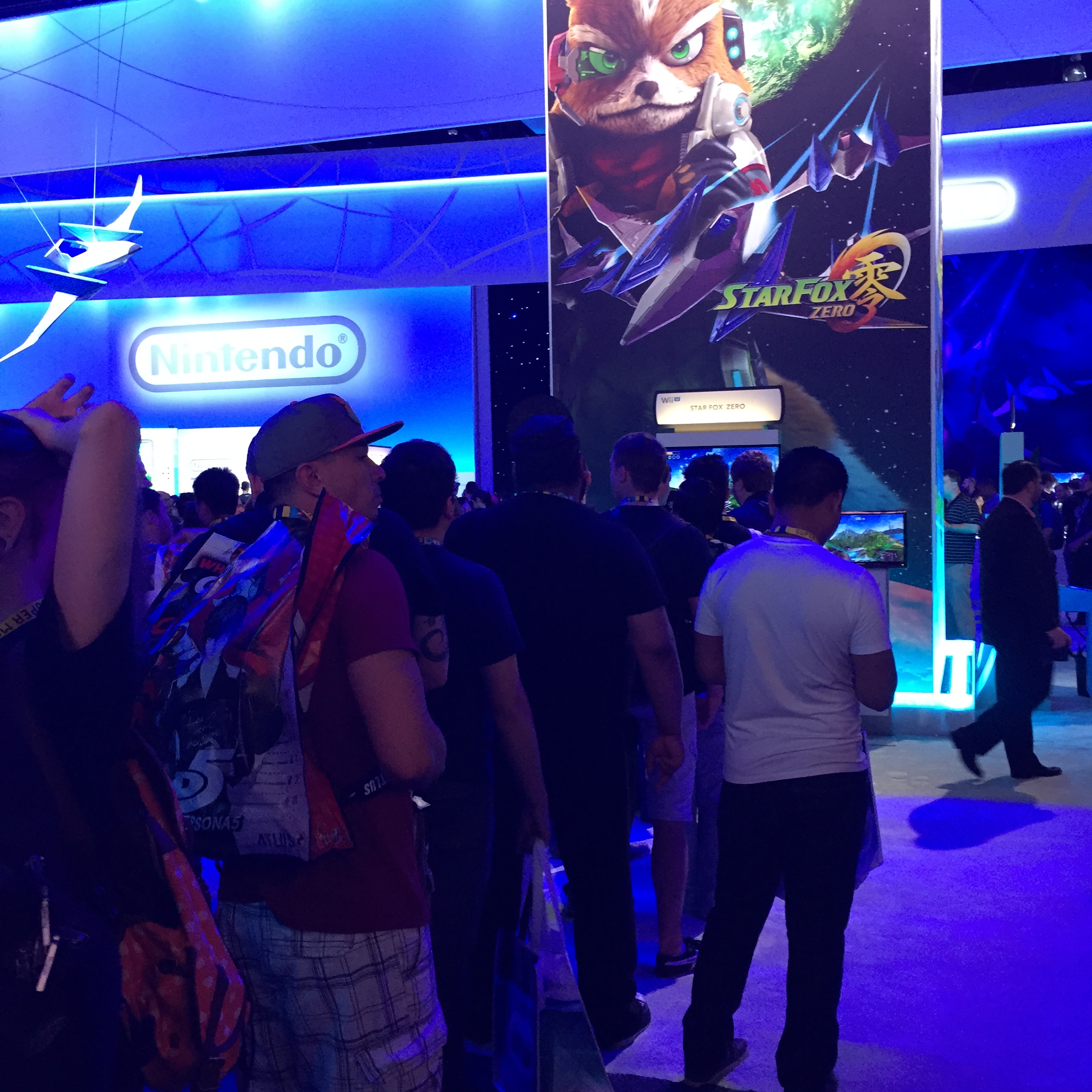 In the afternoon, it was time for our very own Yusuke Hashimoto to appear on Treehouse Live with Miyamoto-san and other Nintendo staff to talk about Star Fox Zero.
(Watch here!) 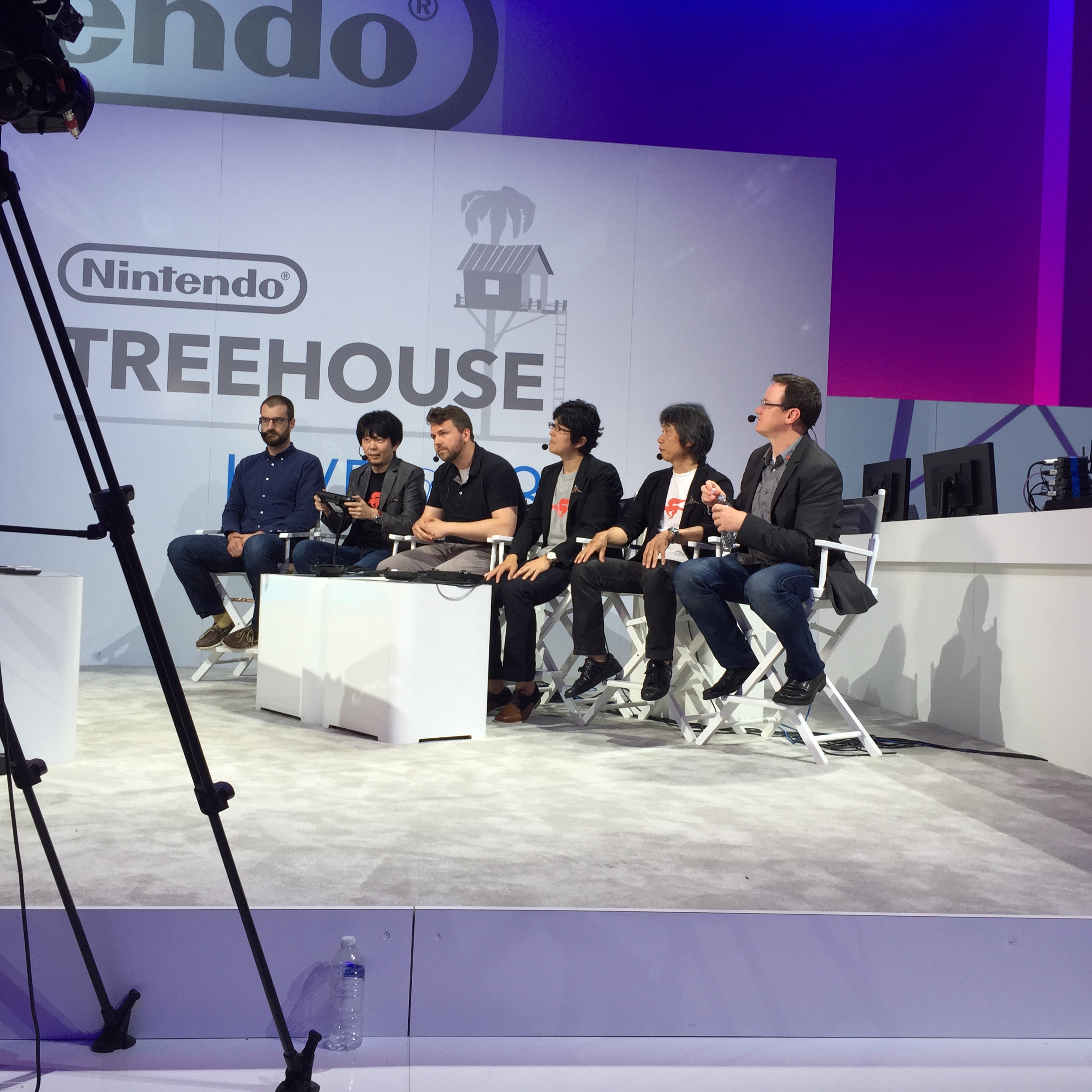 Hashimoto did a good job on stage, don’t you think?

There were also other Platinum sightings throughout the con. Of course, it was fun to see the NieR trailer playing at the Square Enix booth. Judging from the crowds, many people seemed intrigued. 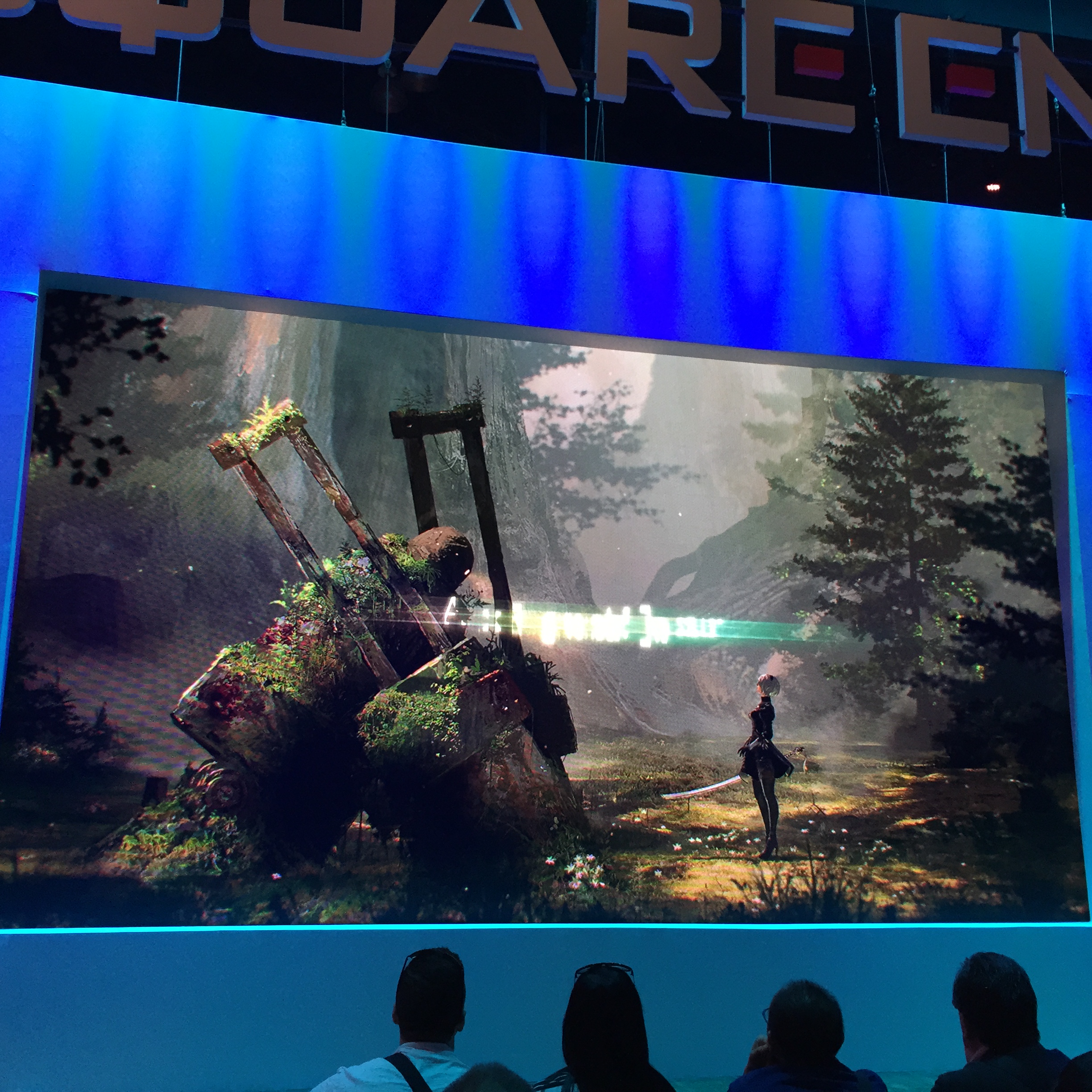 On the second day, I watched Kenji Saito (Director) and Atsushi Kurooka (Producer) talk about Transformers on Twitch! They had several appearances throughout the con, so they were pros at appearing in front of the camera by then. Great job, guys! 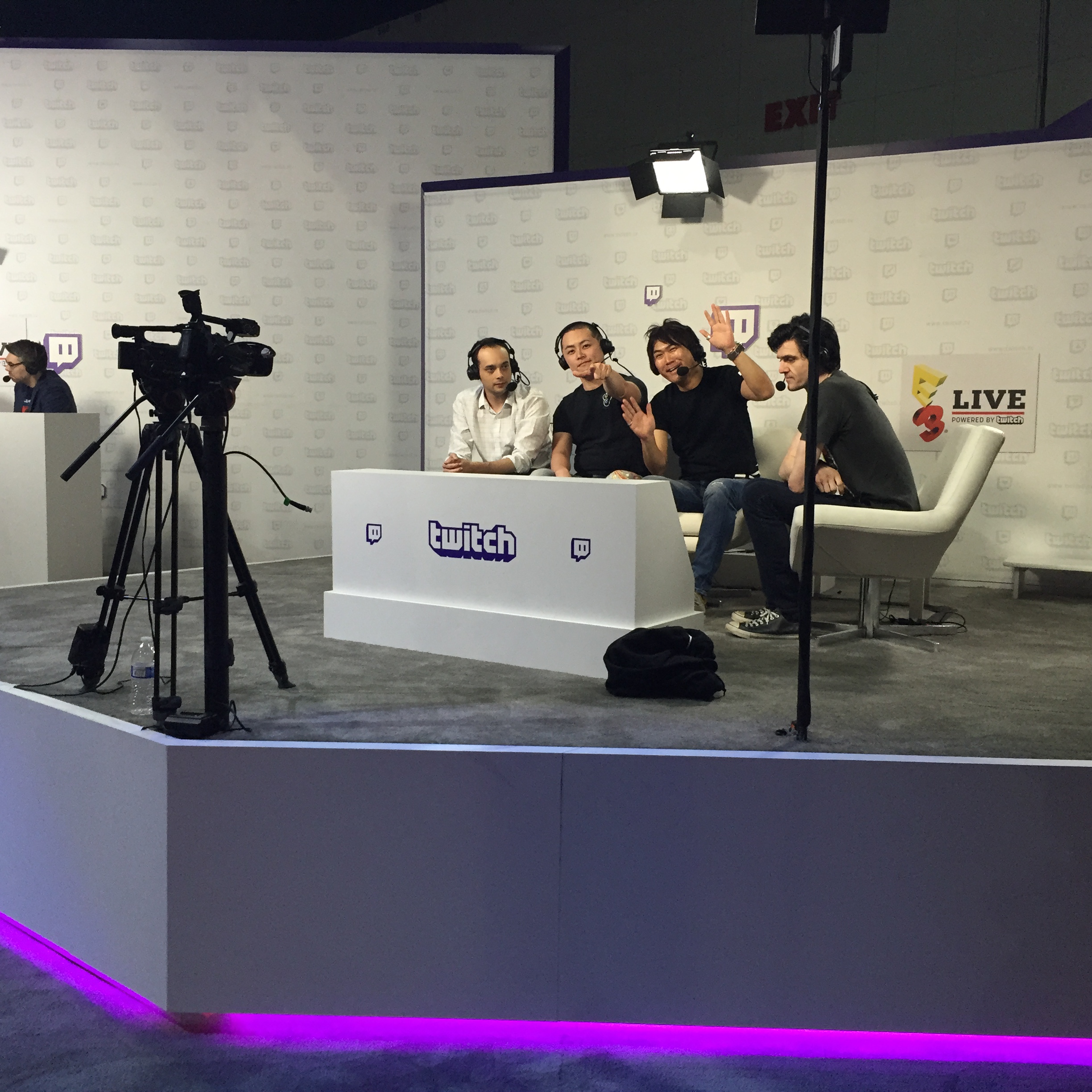 Luckily, I also had a fair amount of time to wander around and see what else E3 had to offer.
One thing that made an impression on me was what a big theme VR was this year. It was all over. 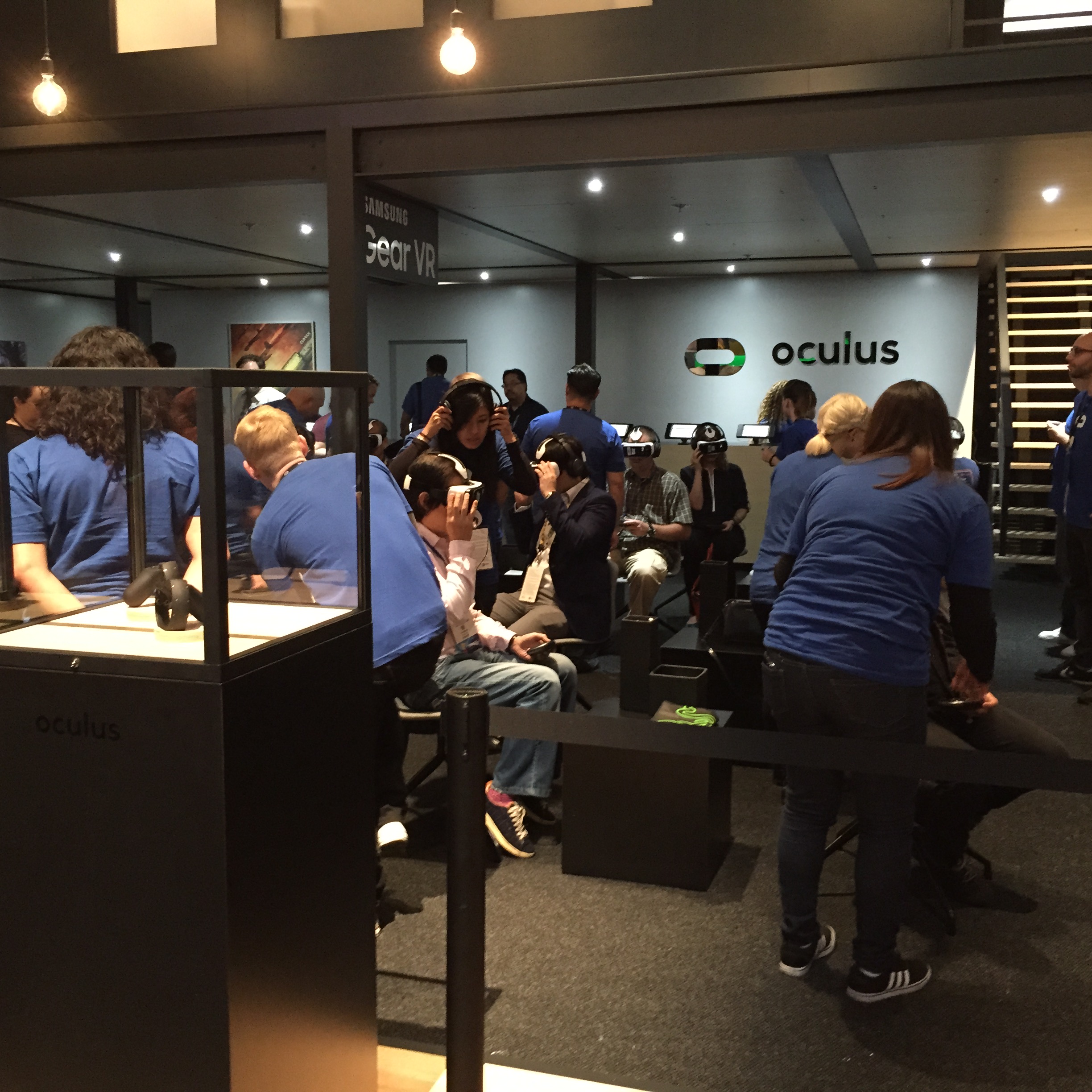 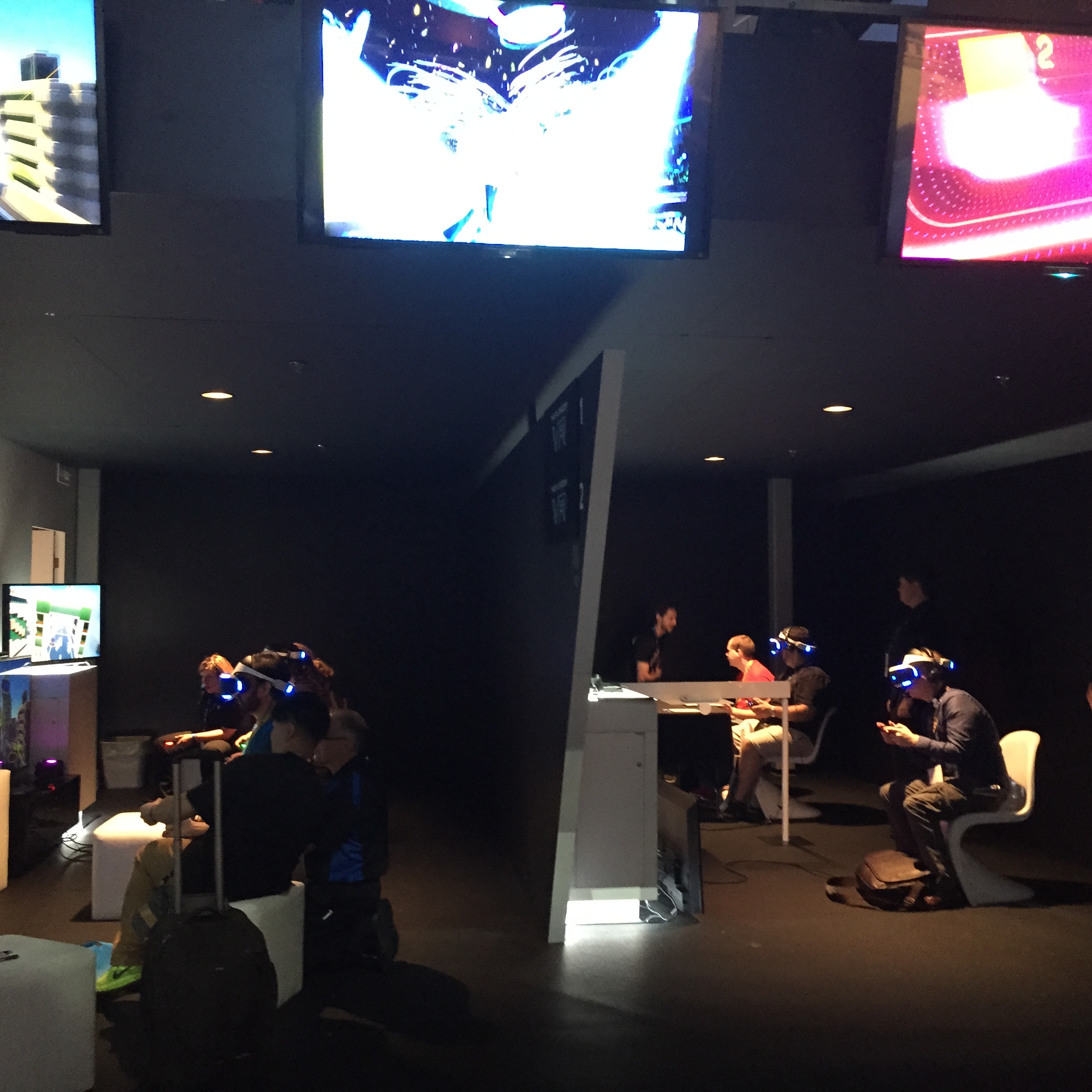 One of my coworkers reported trying it and feeling a little sick, though! I’ll give it a try… one of these days. 😉

Of course, the console makers’ booths were gargantuan. 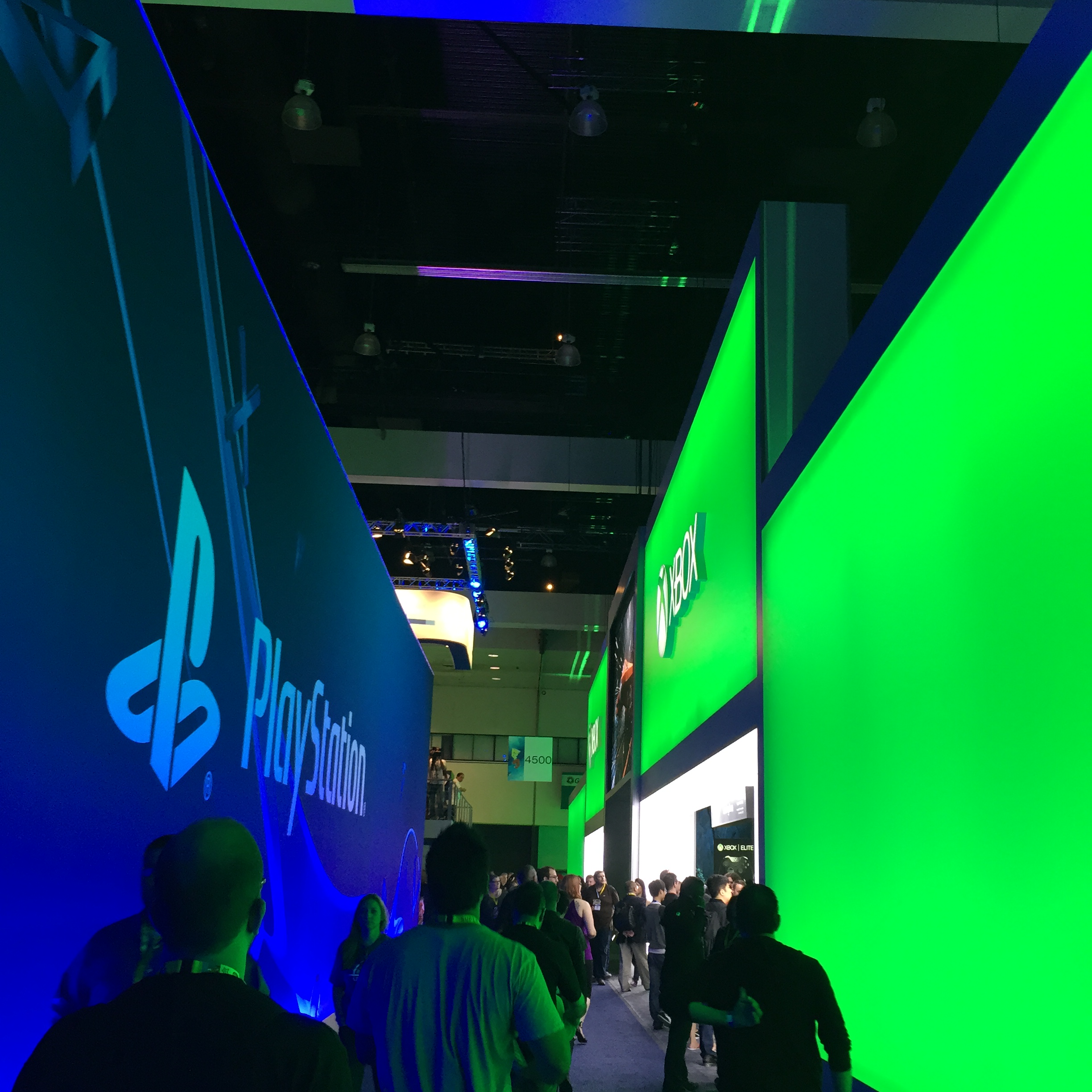 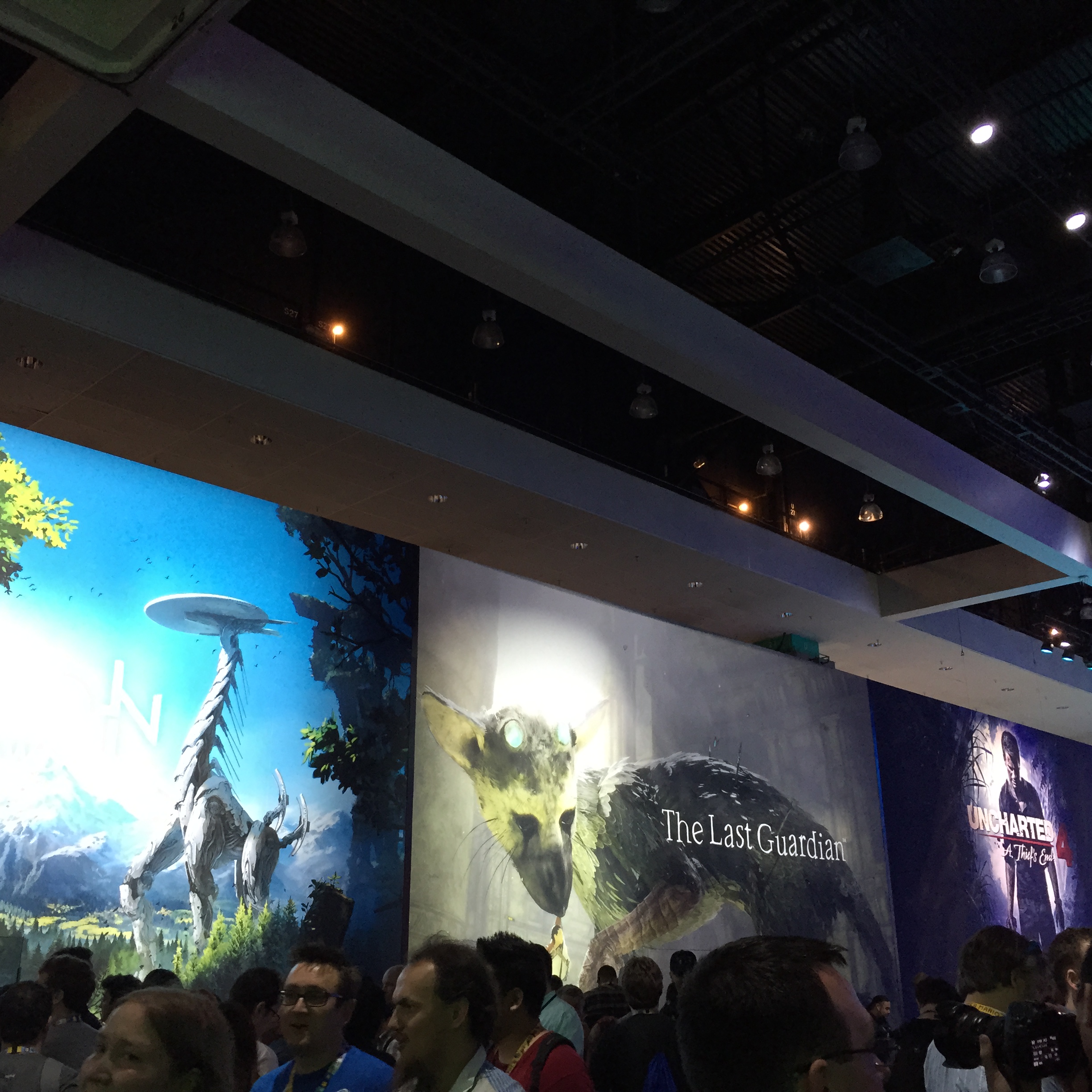 But the third parties weren’t far behind! 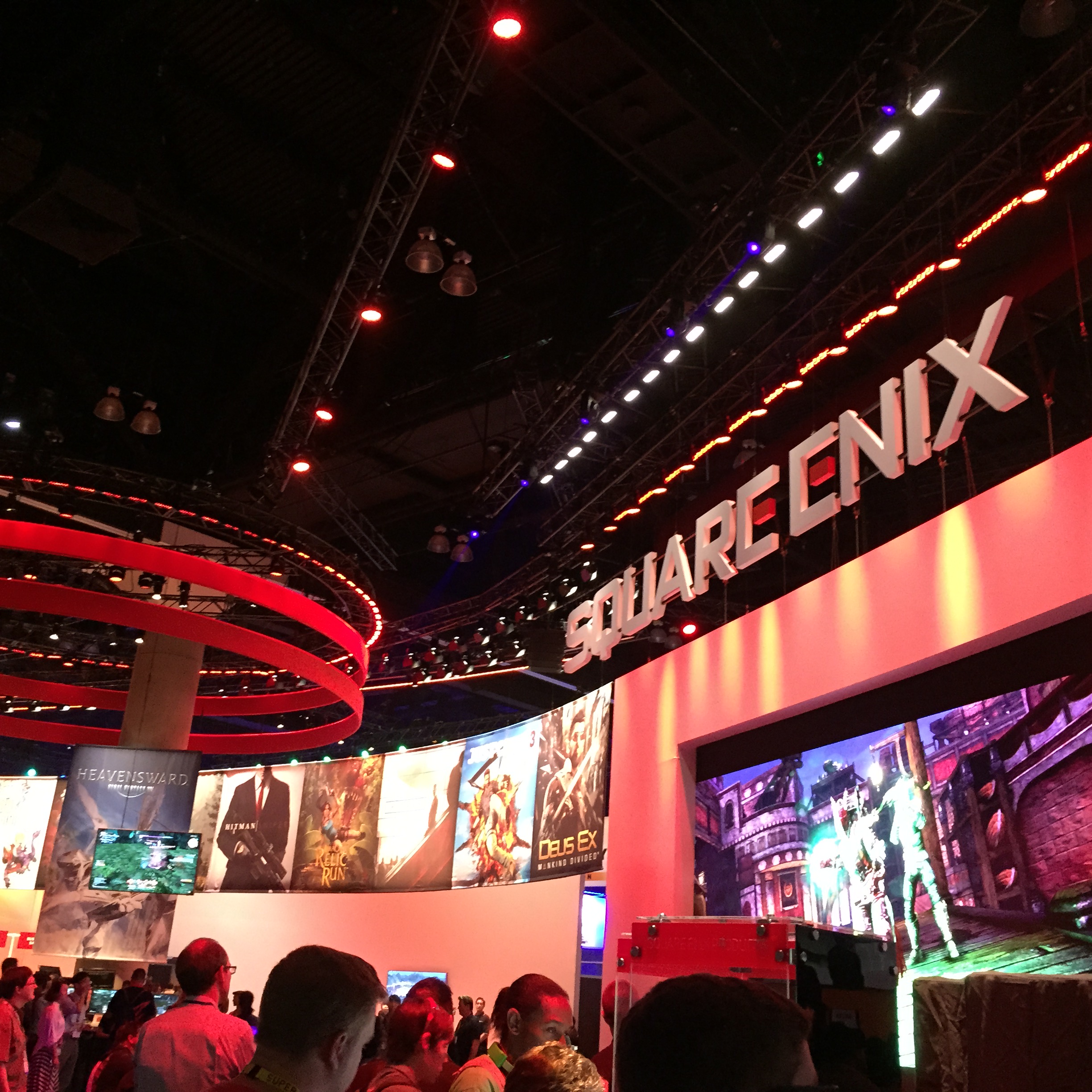 Here are a few more sights from around the convention: 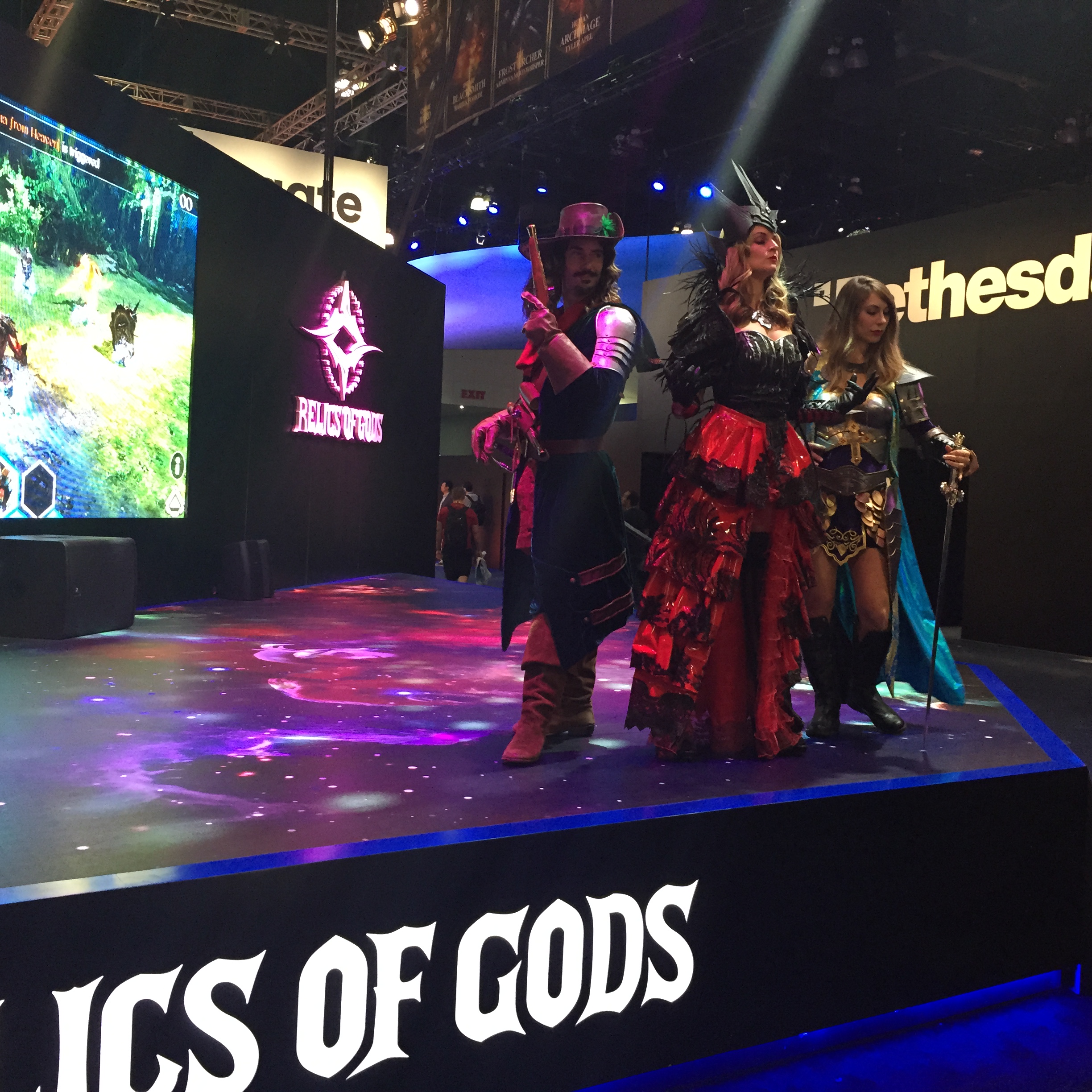 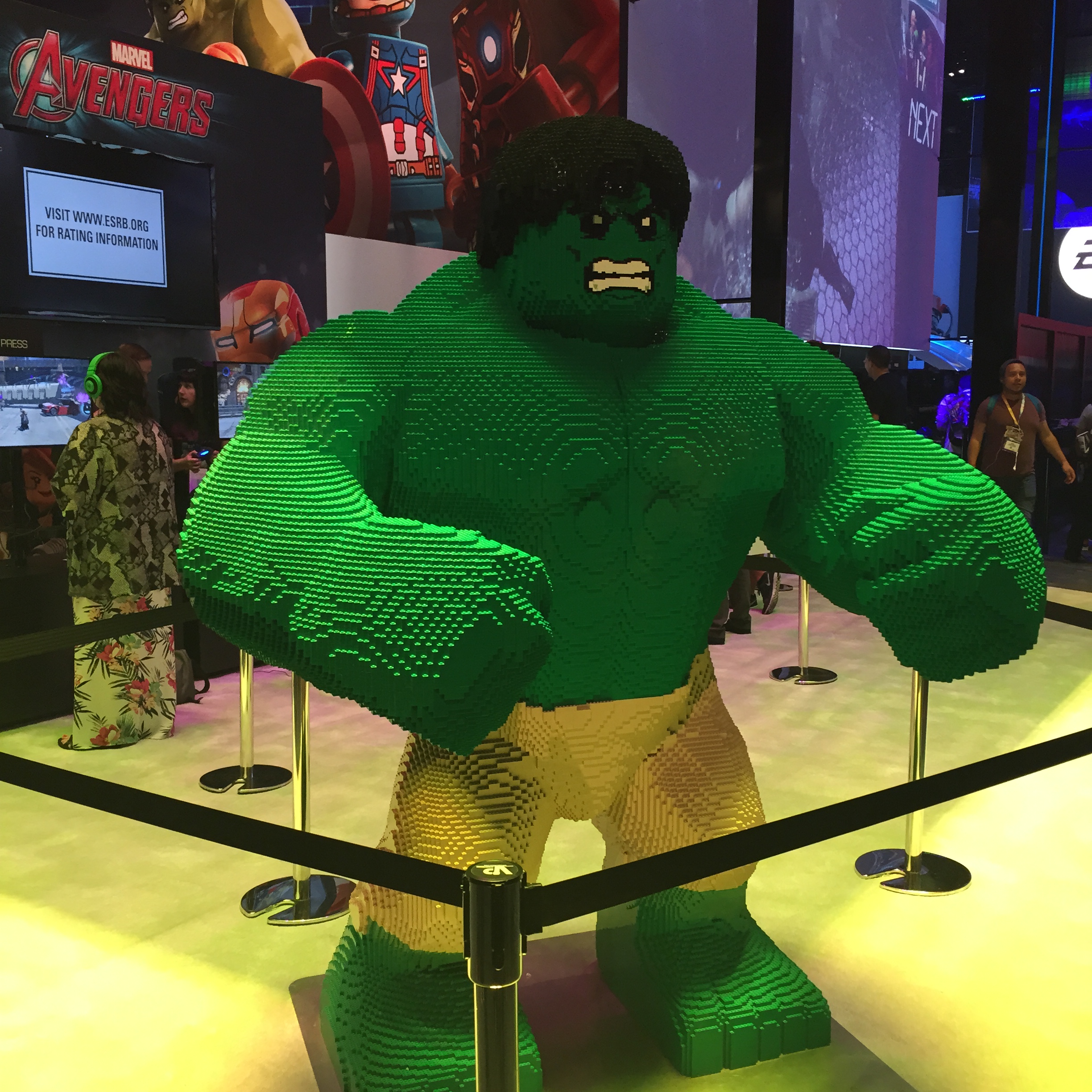 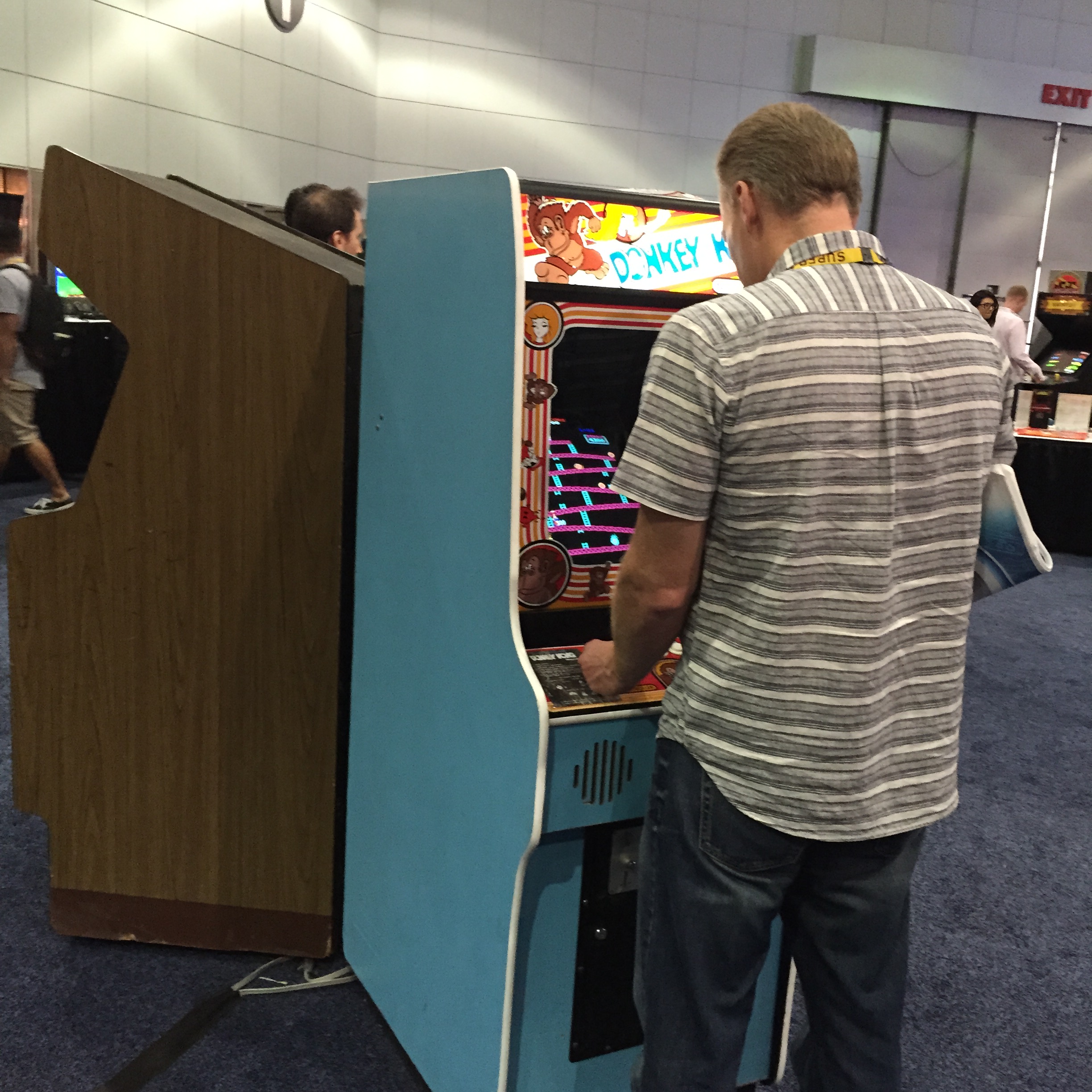 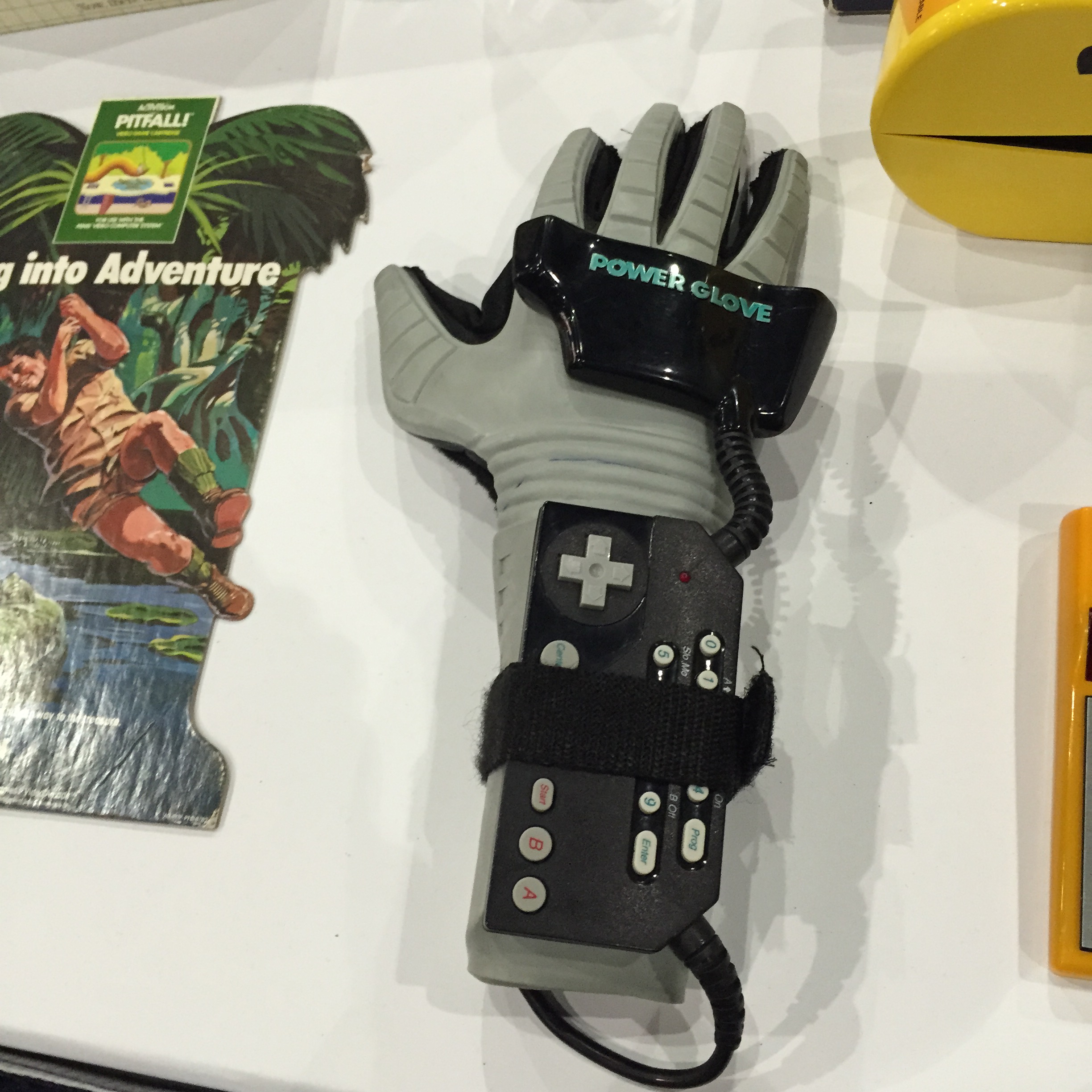 Personally, I had a lot of fun at the indie games area. I enjoyed checking out Wattam (a Katamari Damacy successor), and an Alice-in-Wonderland-based game that was actually an interactive pop-up book. 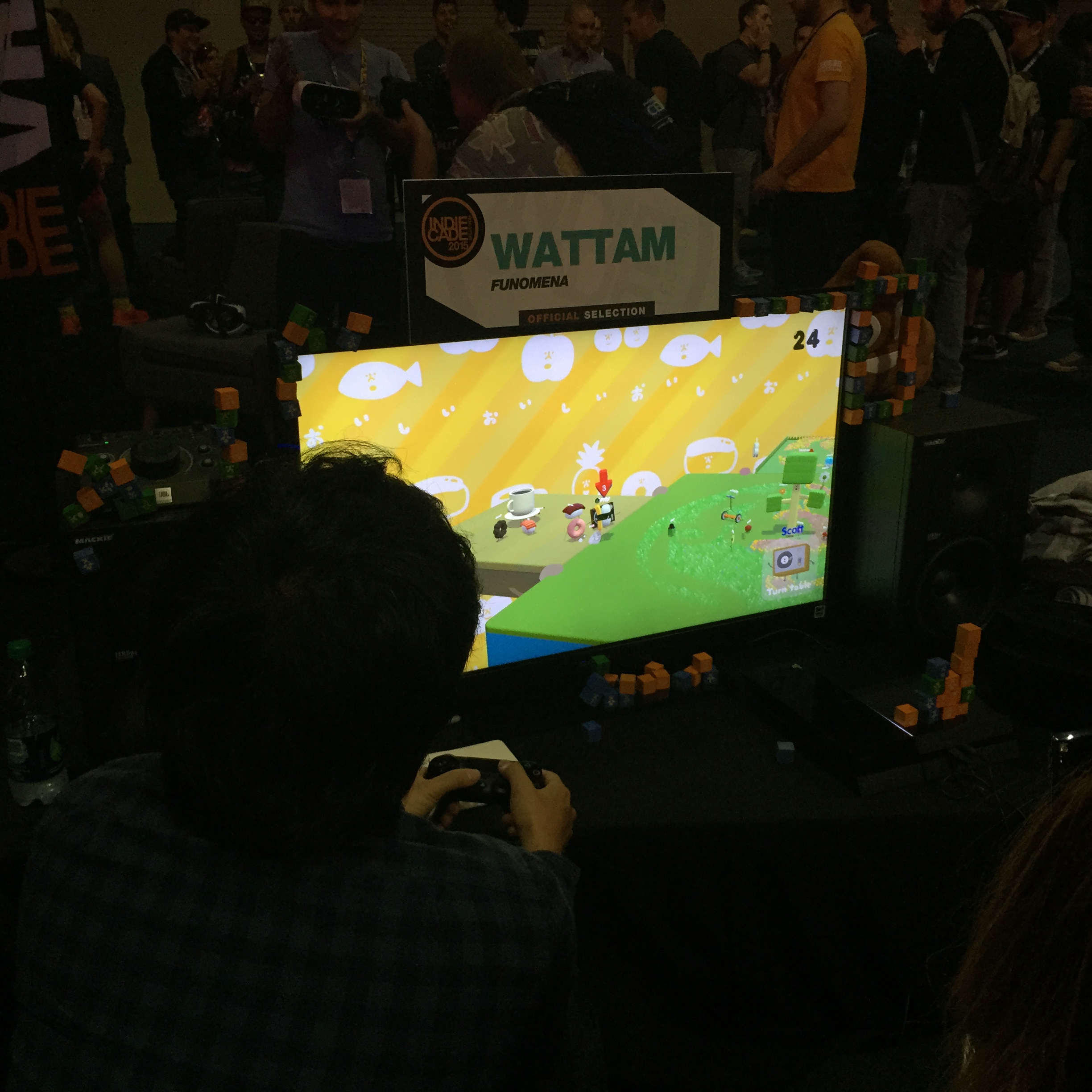 So, what other games did I play? I mostly eschewed the long lines, but I did find time to check out Fable: Legends, the new Amplitude, and Life is Strange. I spent a long time immersed in the Life is Strange demo. I’m a sucker for mystery/adventure games, probably the result of my childhood obsession with Myst.

Finally, I have to set aside a moment to discuss one of my other loves in life – food. I really had to restrain myself, or this blog post would have been a long parade of food and drink shots. With the excuse of exposing my Japanese co-workers to American culture, we visited a different restaurant each night. They were pleasantly surprised by the California rolls! 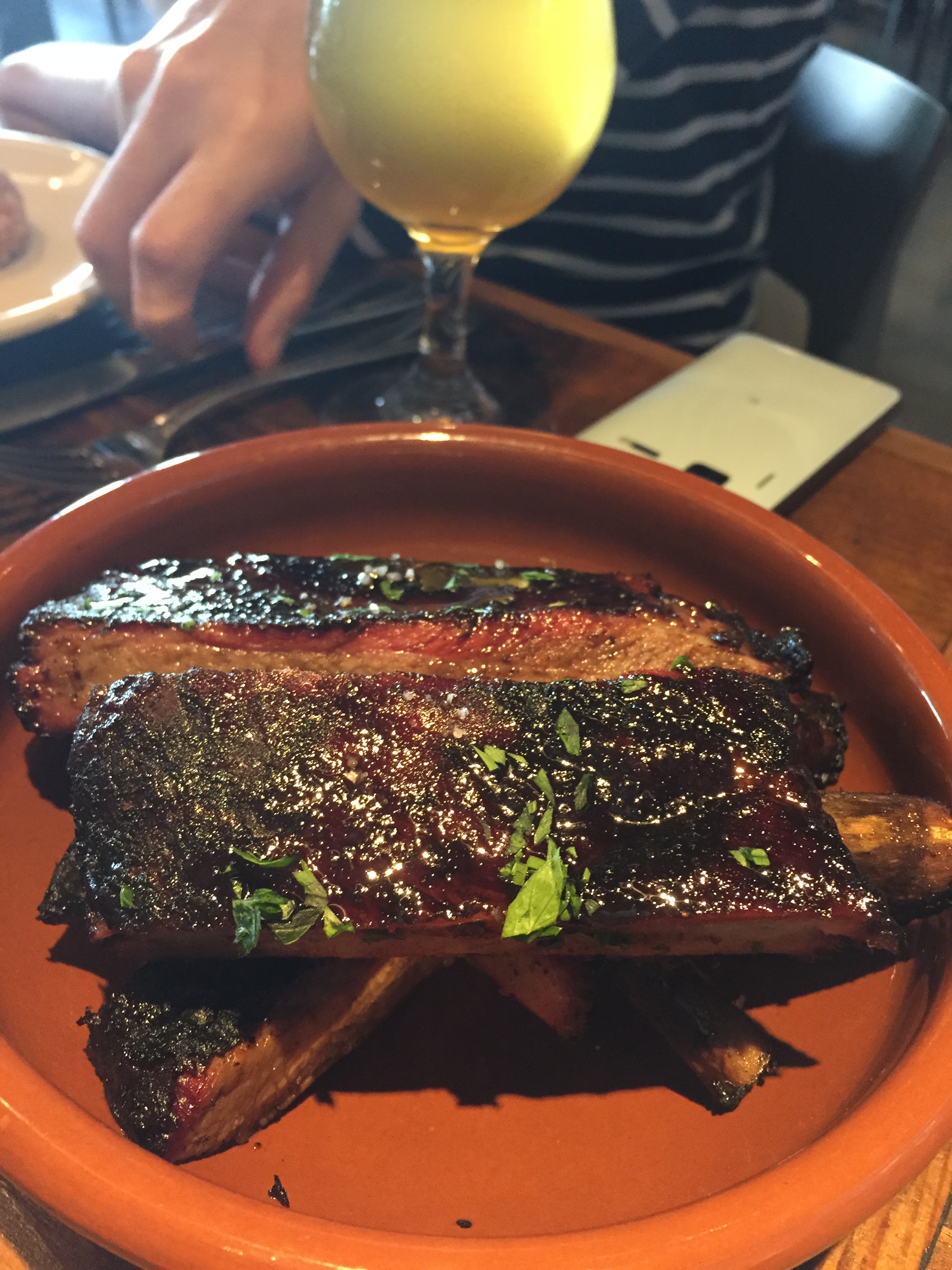 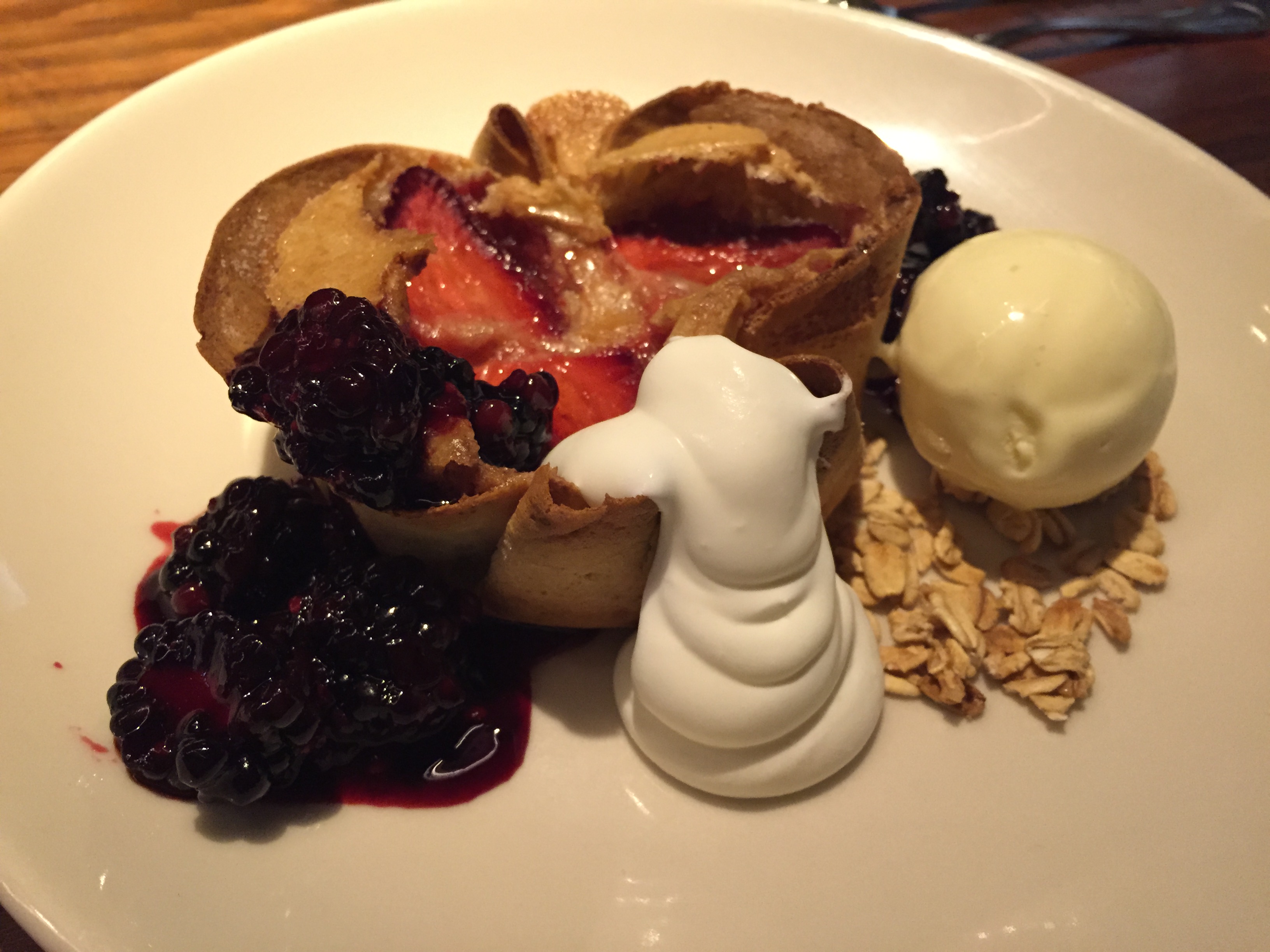 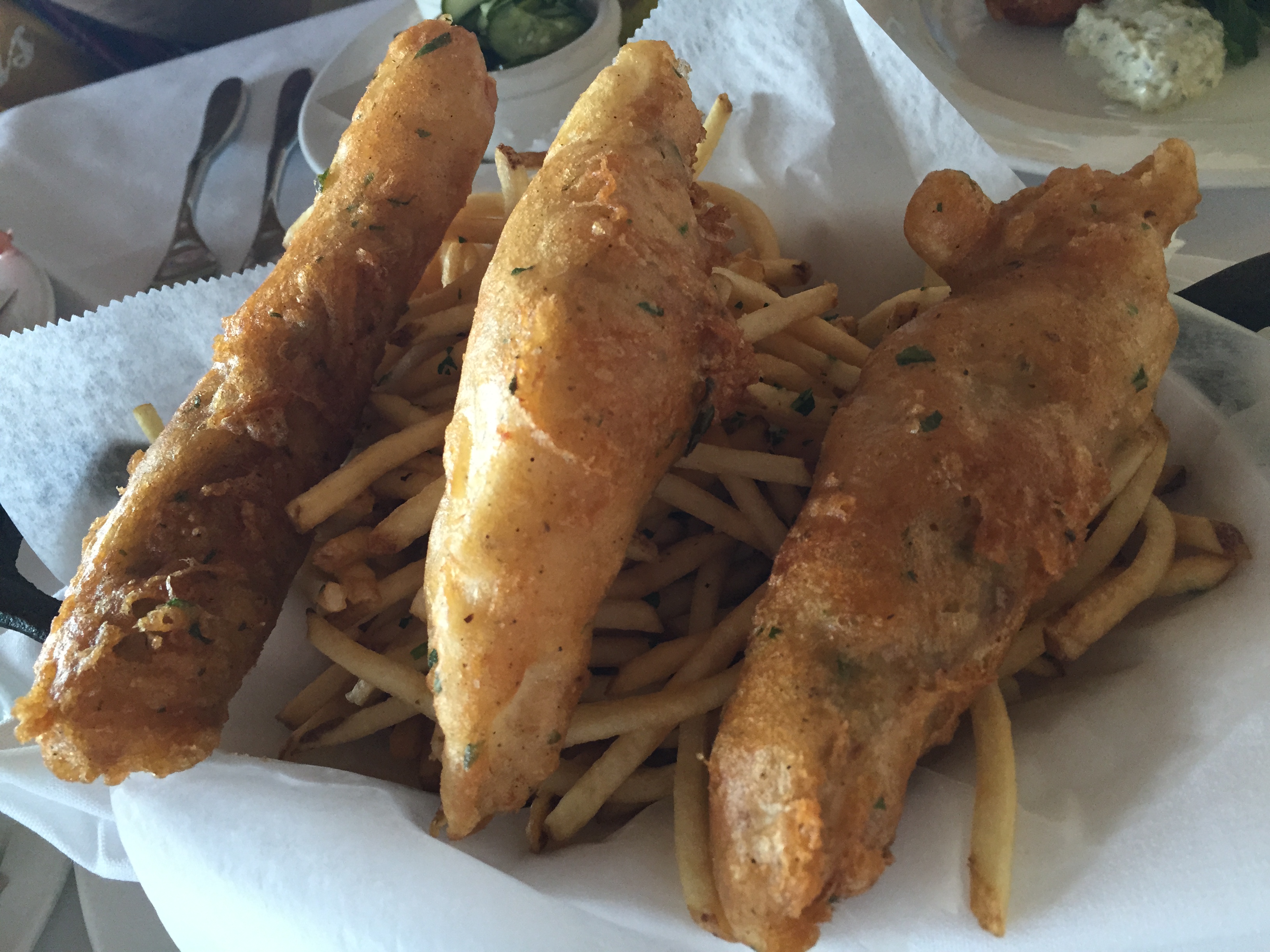 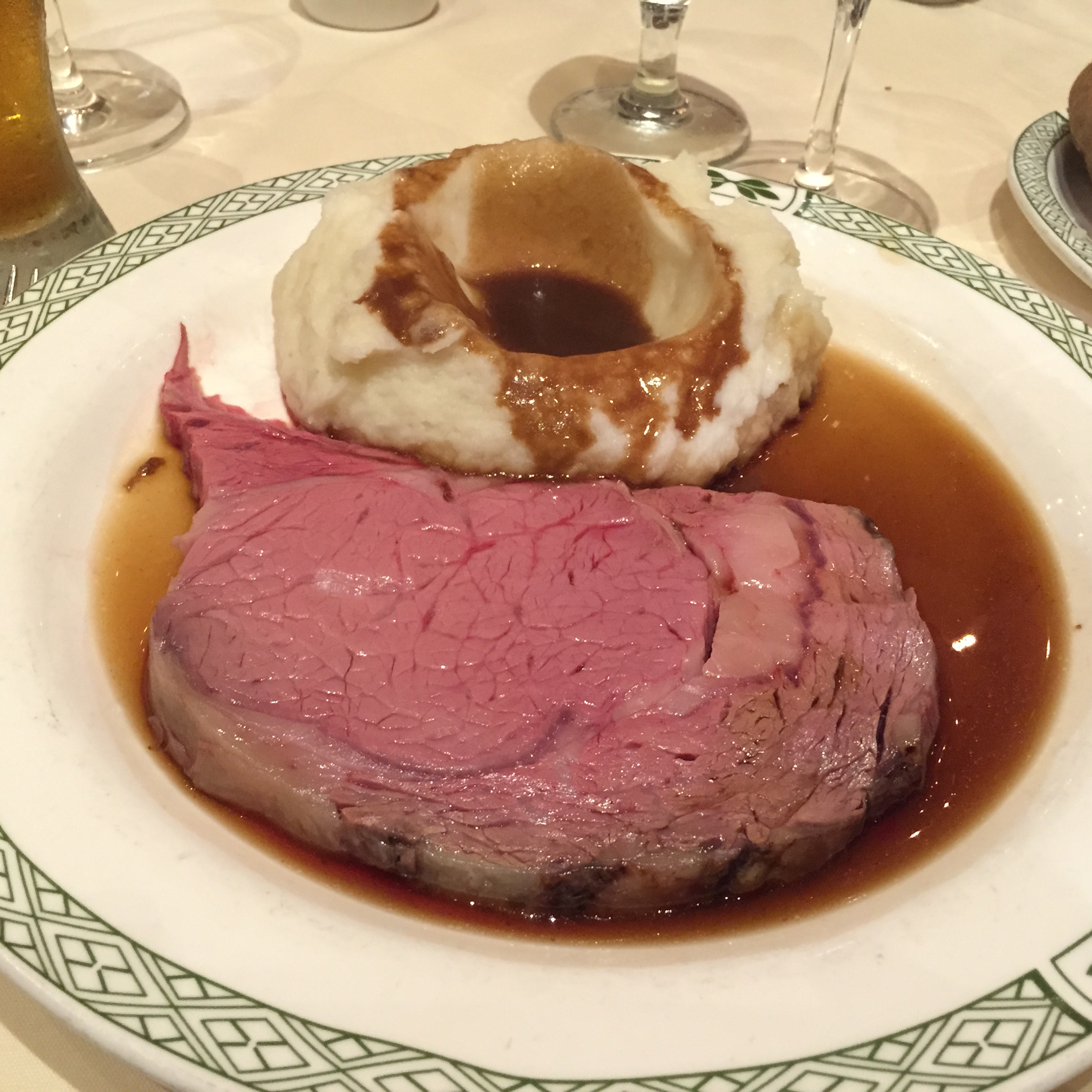 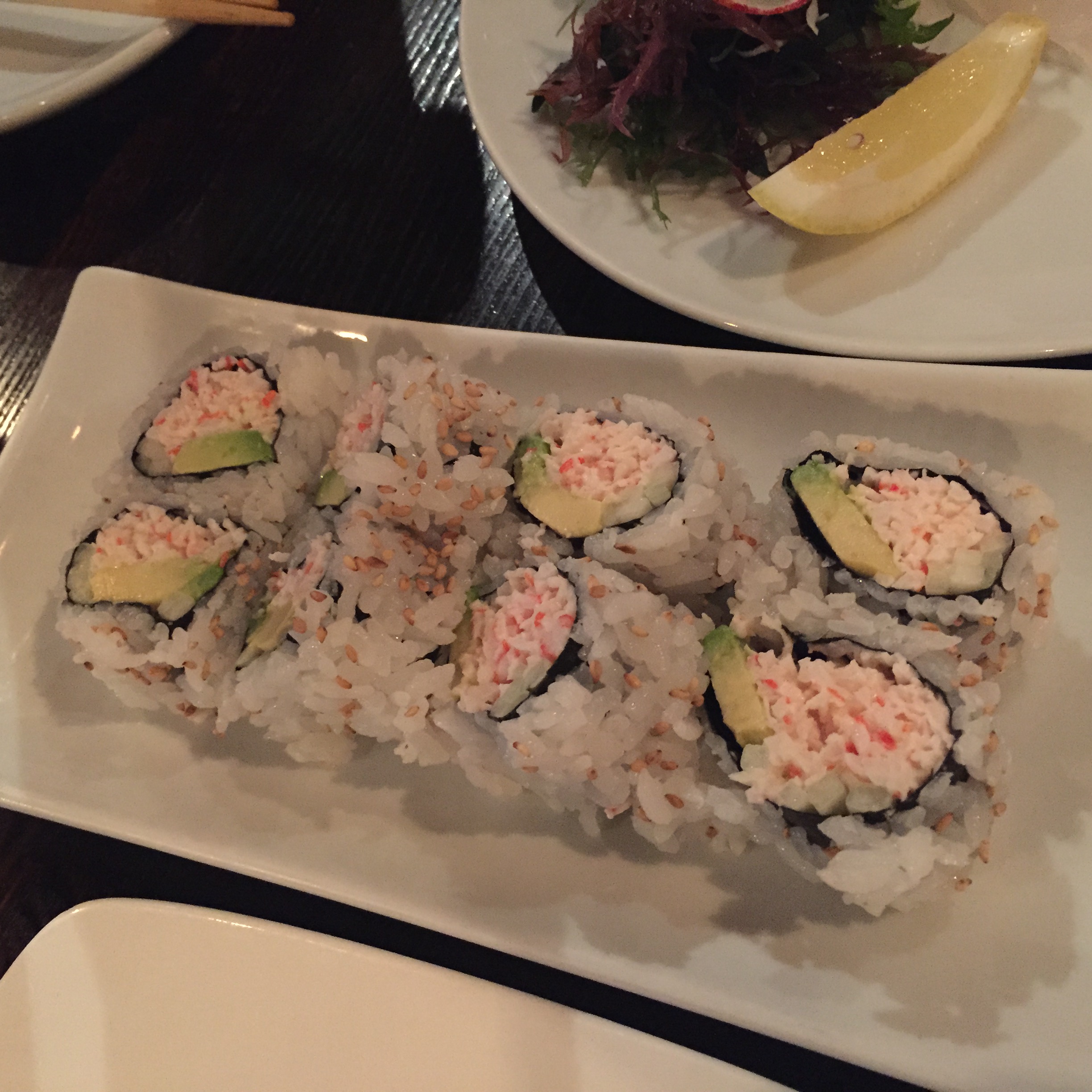 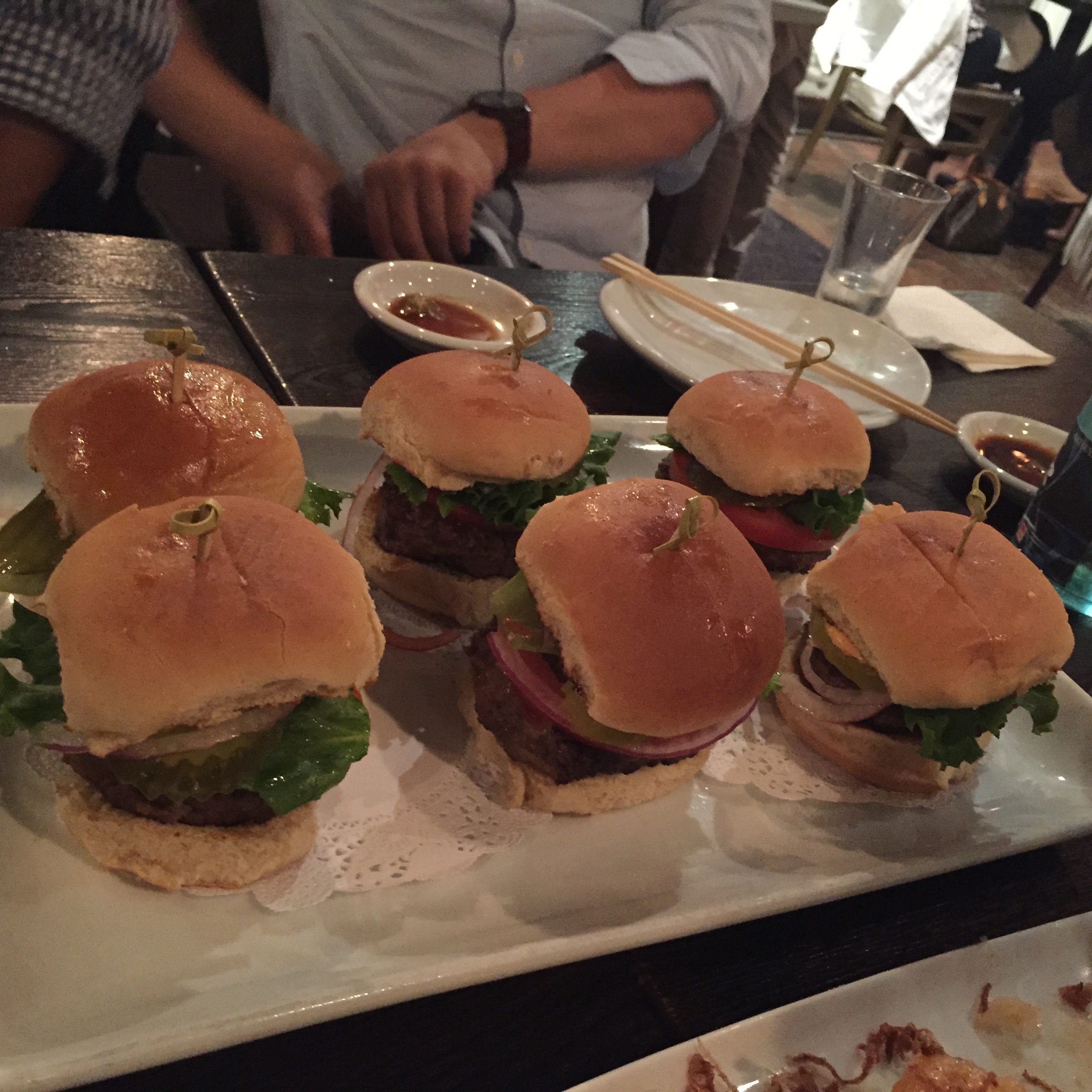 In conclusion:
Well, it’s hard to wrap up such an overwhelming experience in the format of a blog post. I had been to PAX and other conventions many times before, but this was my first time attending an industry event like E3. While the noise, lighting, and sheer number of people were exhausting, the love and excitement for gaming was truly infectious. It was particularly gratifying to see and hear the anticipation for the three new titles we announced. E3 was a great reminder of what this job is really all about. I was also glad to run into many game industry friends and acquaintances and renew some old ties.

So, that’s it! I hope you enjoyed this report a fraction as much as I enjoyed attending E3, and stay tuned for more. Next up: more Scalebound news at Gamescom!