As we announced earlier this month, VANQUISH is coming to PC on Steam on May 25! Since its 2010 release, we’ve received hundreds of messages from VANQUISH fans online, eagerly asking for a PC version. It’s now our pleasure to bring this beloved title back for fans old and new! If this will be your first time playing VANQUISH, we’d like to give you a crash course in why this classic action shooter has inspired such a cult following.

A new direction for the genre-defining Shinji Mikami

Resident Evil broke terrifying new ground in 1996, and its influence still creeps through the survival horror genre established to this day. It’s no exaggeration to call director Shinji Mikami the father of modern horror games. He’s a master of toying with tension and suspense.
VANQUISH finds Mikami bringing this mastery out of the darkened corners of Raccoon City and into the intense sci-fi battlefield of the space colony SC-01 Providence. 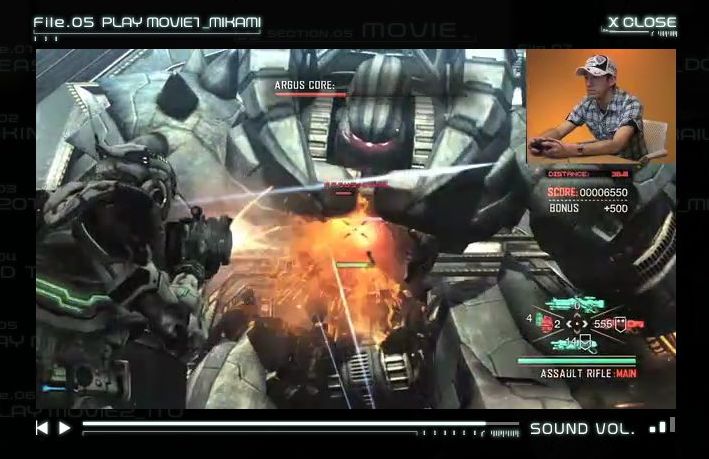 Mikami himself plays through the demo

VANQUISH puts players in control of Sam Gideon, an American soldier equipped with experimental battle armor called an Augmented Reaction Suit. Sam’s ARS puts a wide range of incredible actions at his disposal. In VANQUISH, high-tension shooting meets the thrilling, fast-paced character action that PlatinumGames fans crave. If it’s your first time playing, start out by getting the hang of these four features – they’ll serve you well on your mission.

Wait, I can do THAT?

VANQUISH is a single-player game that you can play again and again to hone your personal playstyle. But why stop there? Sam has a lot of tricks up the sleeve of his ARS, and after all, variety is the spice of life…

Luckily, diehard VANQUISH fans have been pushing themselves to make greater and greater play videos since 2010. If you’re after some inspiration, get searching and you’ll find more new ways to fight than you’ve dreamed of. See if you can come up with some top-class techniques of your own!

Sam’s ARS may overheat from time to time, but the man himself plays it cool. He won’t let a firefight stop him from taking a quick smoke break while behind cover. His discarded butts can draw enemy attention away from his actual position. (Don’t try this at home, kids.)

Sam indulges in his favorite vice in this making-of clip.

Most of the enemies Sam encounters throughout the game are highly dangerous battle robots – which means there’s no need to feel bad about blowing ‘em up real good! Players who are sensitive to graphic violence can also get in on the mayhem guilt-free.

… Okay, you might feel a little guilty about breaking up this Gorgie dance party.

The battle continues with Tactical Challenges

If you’re hungry for more after you’ve played through the main story, Tactical Challenges await! One of these special challenges is unlocked with every story Act you complete on a difficulty of Normal or higher. They’re pretty tough as it is, but the sixth and final Tactical Challenge – unlocked by beating the first five – is known for requiring weeks of practice from even the most dedicated VANQUISH masters. Do you have what it takes?

Ready for the ultimate challenge?

So you’ve mastered Sam’s moves. You’ve played through the story a few times, you’re making good progress on the tactical challenges and you think you’re pretty good at VANQUISH, right?

God Hard mode will be the judge of that.

The highest level of difficulty that VANQUISH has to offer, God Hard mode took one Japanese player – who had already completed all six Tactical Challenges – a year of practice and 1423 lives to finish.

This fiendish challenge is typically only available after you’ve finished the game once, and for good reason. But if you’re sure you want to jump right in to God Hard, we’ll let you in on a little secret: At the title screen, spin your gamepad’s right stick twenty times in a row. There’ll be a sound effect to let you know if it worked, and then you’ll be able to choose God Hard at the difficulty menu. Just don’t say we didn’t warn you.

VANQUISH debuted on PlayStation 3 and Xbox 360 in 2010. We’re delighted to share this chapter of PlatinumGames and SEGA history with gamers who missed it the first time around. And of course, we’re proud to give longtime fans the definitive version of this classic title – complete with HD visuals and stunning 60+ FPS movement.

If you pre-purchase VANQUISH on Steam, you’ll get the Digital Deluxe Edition – and if you already own Bayonetta on Steam, your pre-purchase is 25% off! But remember, both of these offers are only valid before VANQUISH for PC releases on Thursday, May 25!

Until then, enjoy these screenshots from the HD version! 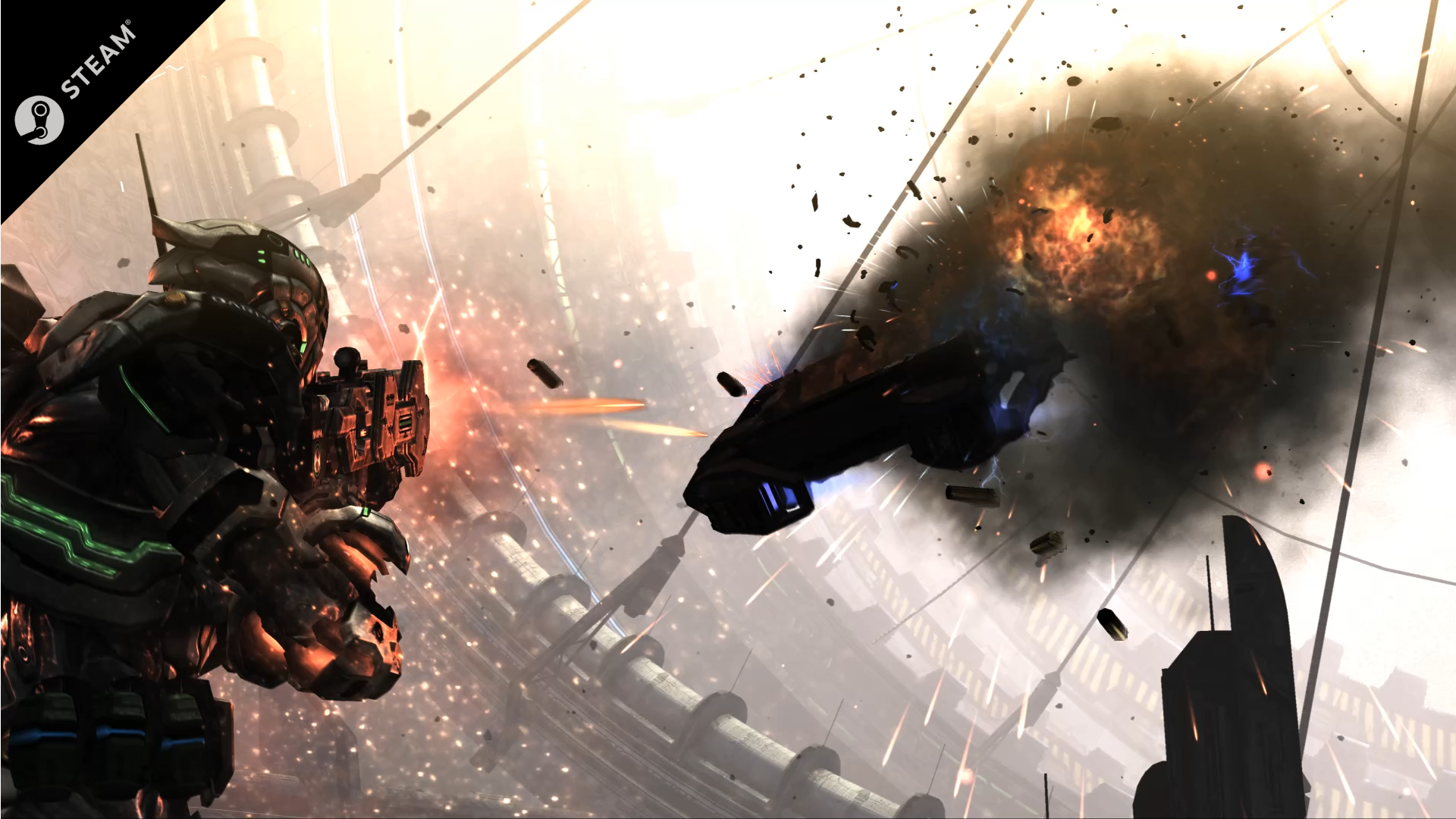 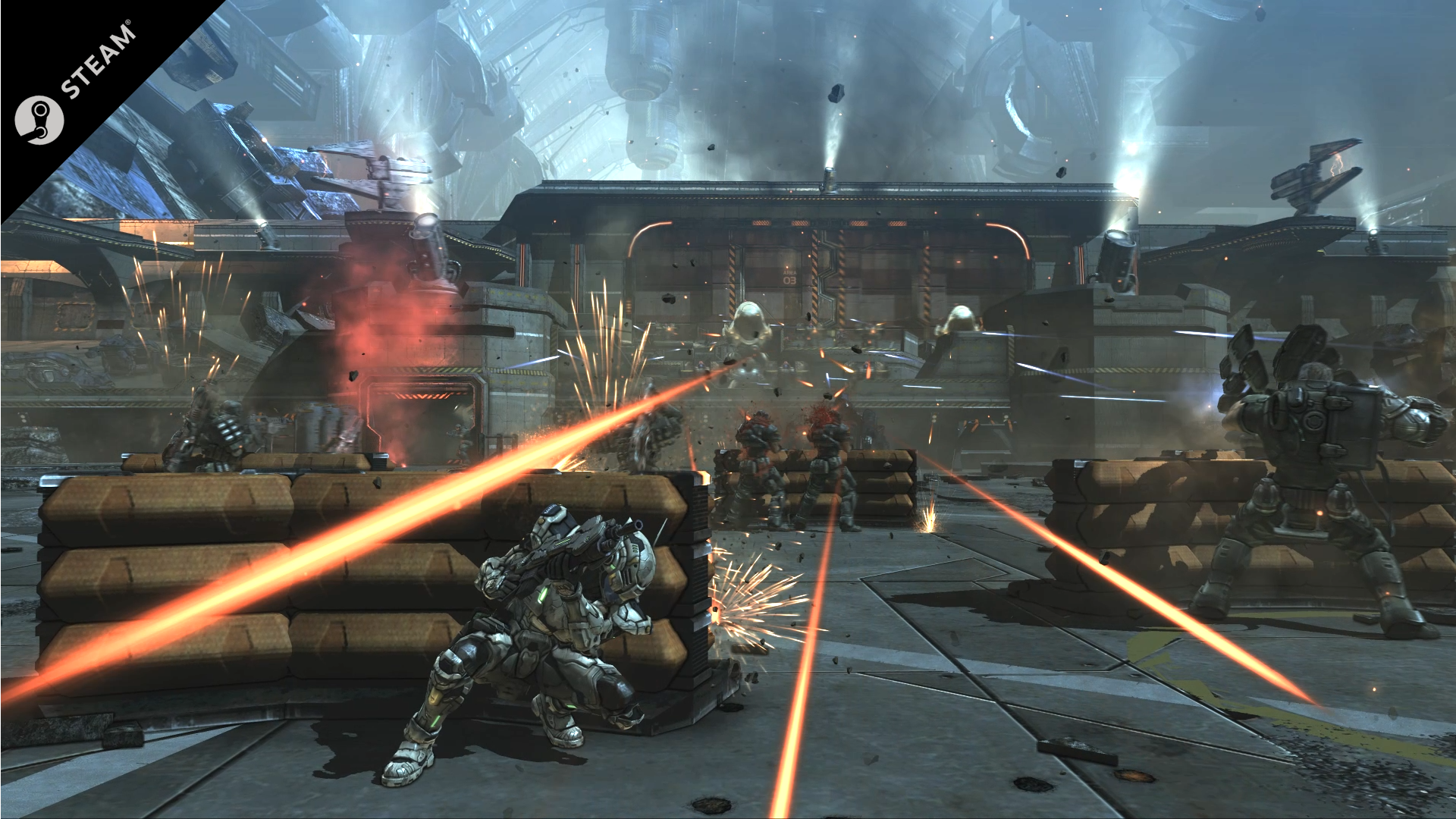 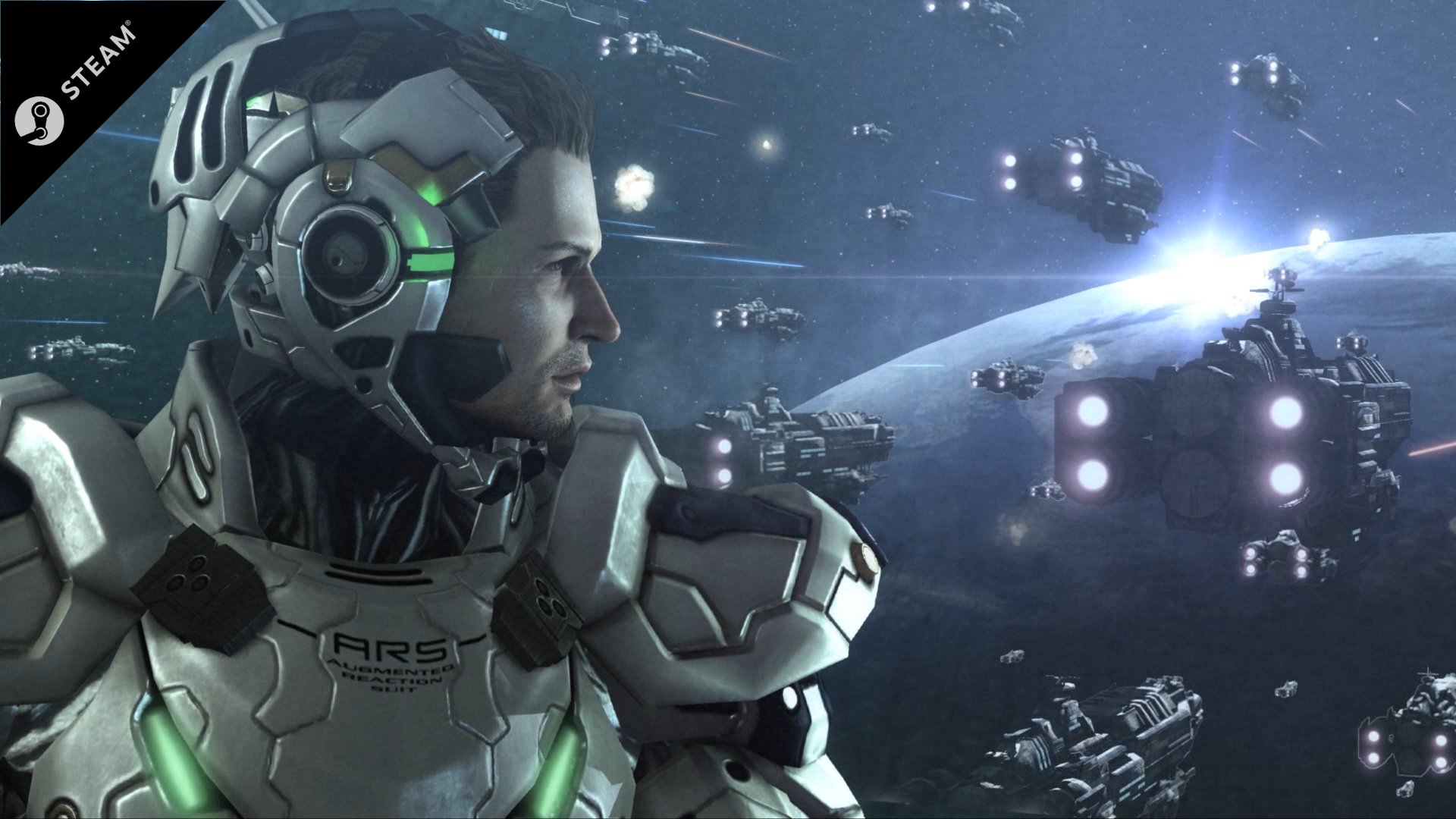 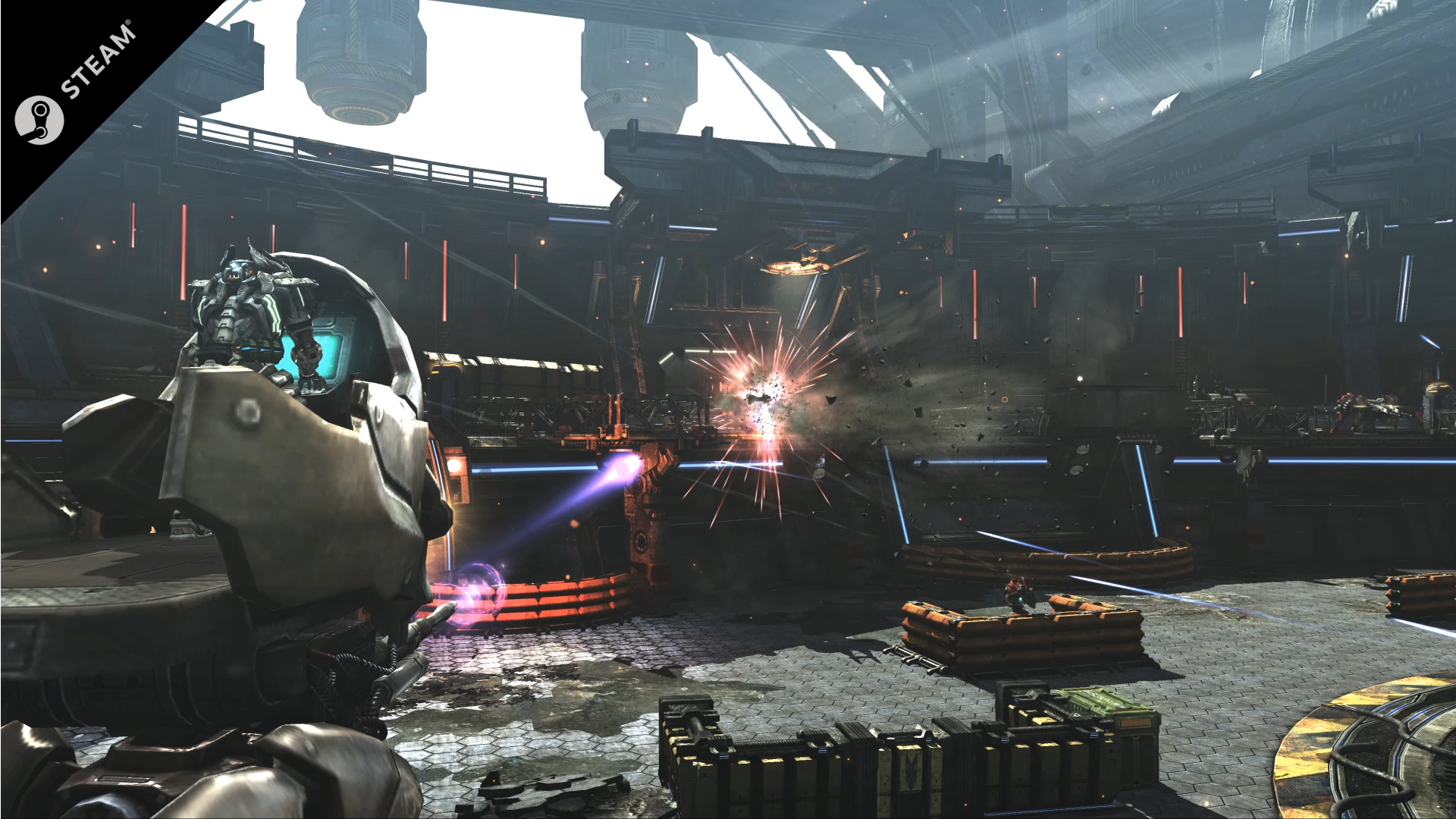