Hello, PlatinumGames fans! I’m ICHI, from the Platinum PR department. Back when VANQUISH first came out, I never imagined we might one day see it on the PC, with a beefed-up frame rate and resolution to boot. But seven years later, here it is!

It takes me back to where I was seven years ago. I was here at PlatinumGames, helping out on the original official Japanese Vanquish website and taking screenshots to help promote the hot, new title. 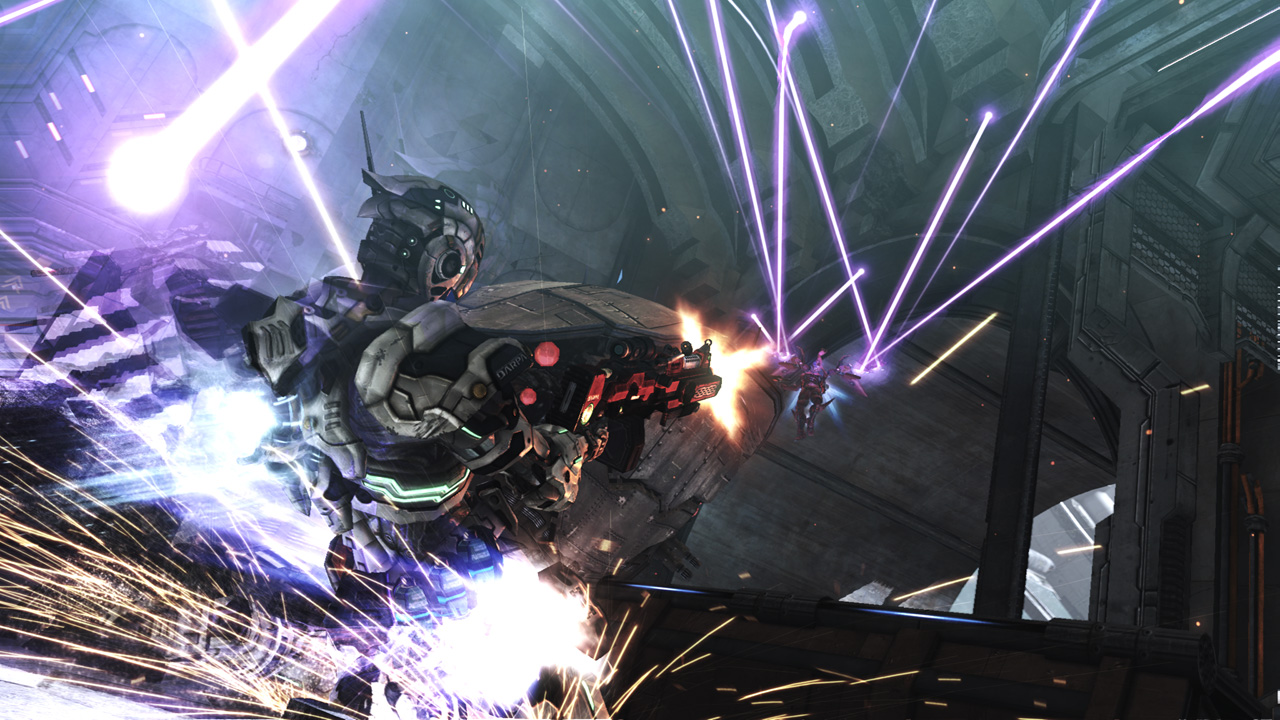 When I saw Sam in his Augmented Reaction Suit, the first thing that popped to mind was That’s. So. Cool! I wanted to douse our fans in that feeling. I wanted to make sure they thought the ARS was as awesome as I did. I tried a bunch of different approaches to get that feeling across, taking all sorts of action-packed screenshots and making videos to show off the ARS’s cool, mechanical movements.

But enough old memories for now! Let’s focus on the Steam version.

When I was taking screenshots for Vanquish’s original console release, I kept thinking about how clean and cool the visuals were. The explosions, like fireworks; the barrages of missiles and lasers streaking across the sky; the rubble tumbling down – it all looks very stylish. But to make everything look so nice, we had to make some tradeoffs on the framerate; the game only ran at 30 frames per second. Motion blur effects did help smooth things out a bit on that front, though.

When development began on the PC version, I wondered just how much prettier the game could be with modern technology behind it. I was not disappointed.

The PC version is absolutely gorgeous and velvety smooth. You can follow the paths of each bullet and bombshell with your own eyes. I had to play it. And of course, I had to play it on GOD HARD.

For those who don’t know, God Hard is an extremely high difficulty setting that you can unlock by beating the main story. In God Hard, enemies are much more powerful and numerous, and Sam’s defenses are significantly weaker. To top it off, several tweaks to the game system add to the challenge; weapons no longer level up, for one.

Even counting all the old guard Vanquish fans who played it on console, I expect relatively few have tried God Hard. I expect that most of them who have likely gave up before making it to the first boss. In the spirit of full disclosure, that’s exactly where I was at first, seven years ago. I just couldn’t do it. I was sure our designers had deliberately made God Hard impossible. 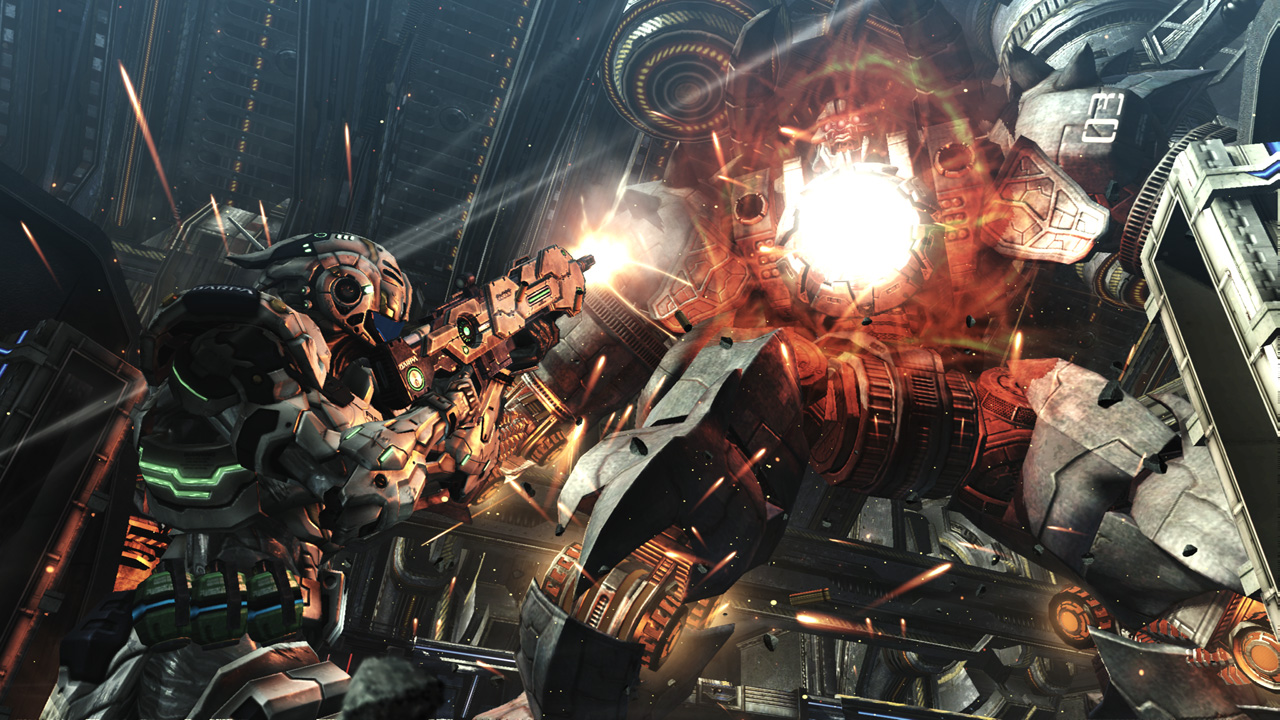 Publicity screenshot for the 2010 release.

But then, I watched one of our programmers beat it before my very eyes. I knew then that I could at least make it to the first critical point – the first boss fight. At the time, people were saying that fight was the first major hurdle to beating God Hard. If you could just make it through, you probably had the skills to go far. My personal experience with God Hard showed that to be true.

As it turned out, I could handle God Hard better than I’d expected!

I’d really like everyone who hasn’t tried God Hard – and everyone who’s tried and given up since 2010 – to taste the joys that I felt when I started succeeding. To encourage you, I’ve made a video of myself playing and completing the infamous Act 1-3 on God Hard!

The PC version of Vanquish, now available on Steam, presents a great opportunity for me to share this joy with you. It’s a pleasure to play, and the loading screens fly by, too! I’m hesitant to call my video a “super play,” since there are plenty of people whose Vanquish skills are a million light years beyond my own, but perhaps my personal approach will be useful study material for your God Hard attempts. I’ve added my own text commentary, too – make sure you turn on the English captions for a translation!

Thanks for reading, and see you at the end of God Hard!

This video has been reduced in size; ICHI is playing in 1080p.

Oh, one more thing. If you’ve just purchased the PC version and you’re a Vanquish veteran or a glutton for punishment, use this trick to access God Hard difficulty without having to beat the game first:
At the title screen, spin your right stick around in a full circle twenty times. You should hear a sound effect indicating that God Hard more is available!

ICHI Follow @PG_ICHI
ICHI joined PlatinumGames in 2006. He is a member of our PR department, an avid gamer, Twitter enthusiast and occasional stop-motion animator.