Nice to meet you. I’m Taura. I handle game design.

When I think of Anarchy Reigns, the best way I can describe it is…

My job for this game was mainly to design the characters.

What exactly, though, should someone in character design do? They need to think like this:

“How should the characters fight against one another?”
“This character needs a move like this!”
“We’ll make this guy say this right before he finishes somebody off!”
“How powerful should this attack be?”
“I need to take a moment to think about this character’s three sizes.”

And there are many other decisions to be made, of course. But that should give you some idea of what I do.

Gaming has reached a point where online multiplayer is to be expected. But if you asked me how many multiplayer online brawler games exist with stages as sprawling as the ones in Anarchy Reigns, I’d say none.

That’s why we took the concept of an action brawler, and through repeated trial and error, created a multiplayer game where it feels good to jump in the middle of the chaos and just go at it. I think it’s a rare game, and a quality one too.

Anarchy Reigns takes the three basic fighting commands, “Attack”, “Throw”, and “Guard”, and adds two more: “Killer Weapon”, and “Evade”.
All of these characters share these commands. But some are a little more gifted in certain fields than others. Try everyone out and you’ll find someone that fits your own playing style the best.

Jack is the all around, well-balanced character. An easy character to use even if you’re just starting out.

Bull has a lot of power, especially in his throw. But he’s a big, easy target, and he’s not exactly graceful.

Sasha and Mathilda can pull off complex combos quickly enough to really throw an opponent off guard, but they don’t pack a lot of punch. And so on.

Of course, you can just choose whatever character you think is sexiest too, I wouldn’t judge you. My personal favorite would have to be that smooth, gleaming line of dreamdust that travels from the hips, across the… nevermind. Let’s move on.

Throw items and ATE into the mix and you’ll be kept on your toes trying to take down your opponent while being thrown into some… entertaining situations.

On top of all this, we’ve made it so you can set which abilities your character has. Even if you and your friend choose the same character, taunts like “Yeah, but my Jack’s got a better special attack!” or “Well, let’s see how you deal with my Sasha’s throw!” is perfectly okay. Feel free to customize things how you’d like.

So, okay. That may have been a lot to take in. Here’s the summary:
Basic fighting game elements + character strengths/differences + items + ATE + abilities=

Having each of these elements work in harmony (anarchy?) together wasn’t an easy task. But in the end, we feel we’ve succeeded in providing a completely new gameplay experience.

Be sure to try it out! This is a new genre to gaming.
A multiplayer online brawler.
And take a quick look at this, ahem, sexy anarchy pic before I go. 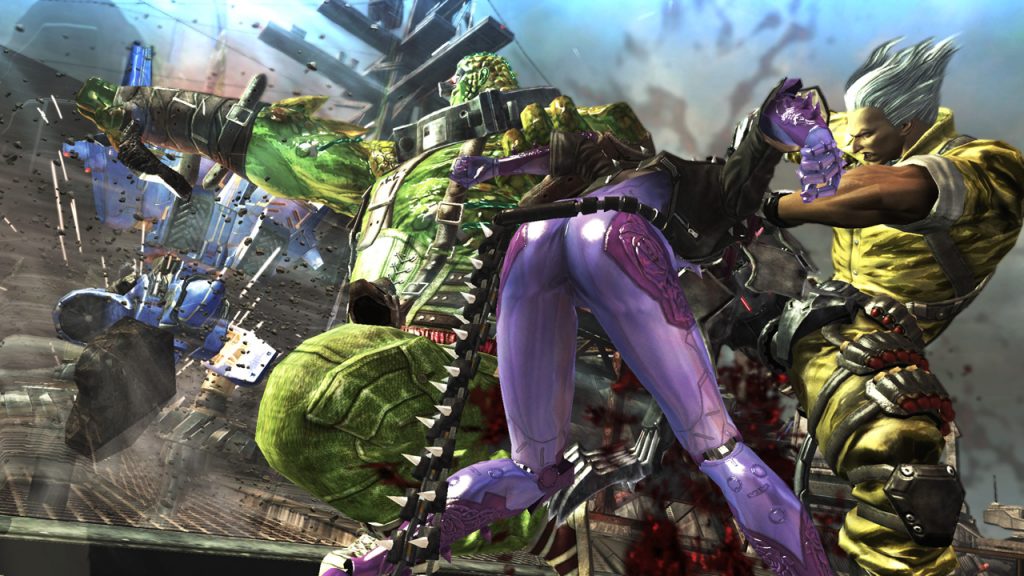