I was in charge of making the different types of matches in Anarchy Reigns along with its director, Yamanaka. Hope you enjoy my blog entry.

Anarchy Reigns tackles a new genre in gaming: multiplayer online brawling. From the start of development, there’s been a lot of trial and error. From the number of possible players, to the size of the stages and the types of matches, everything is new ground. Deciding what worked best and what would provide the most fun took a lot of thought.

Before considering our hardware limitations, we experimented building stages where absolutely everything could be destroyed, which was very good fun on the PC, and gave us hope for what might be capable with next generation consoles. We weren’t able to bring the destroy-all stages over to the packaged game itself, but ultimately we think we were able to give freedom to the player in a different way. 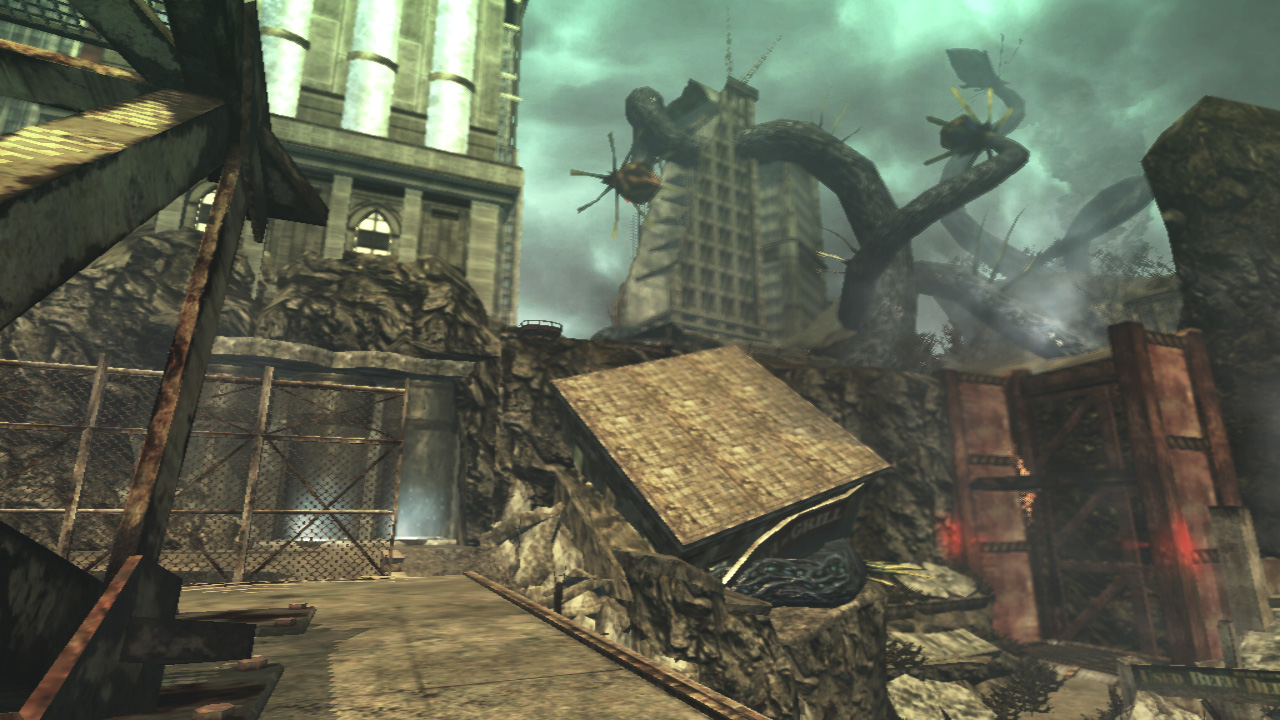 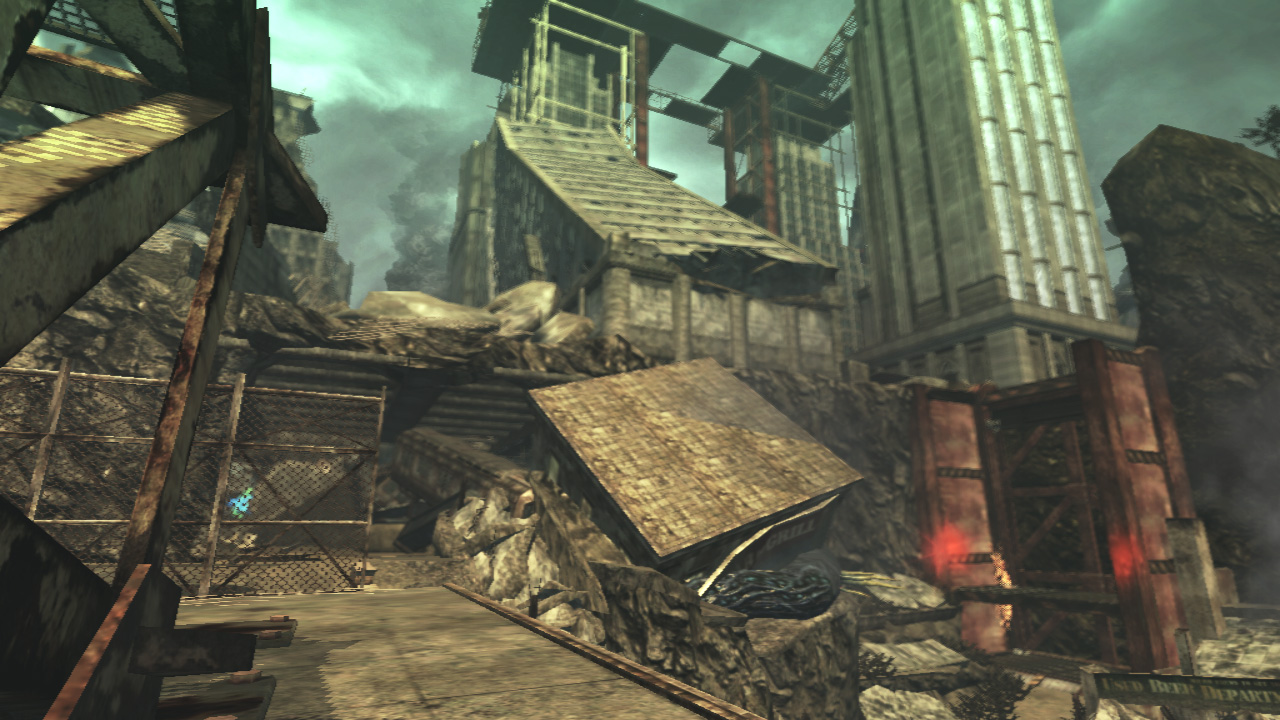 (The map goes through some major changes mid-battle)

Experimenting around also told us this game needs different kinds of matches. So we put in a ton. All different kinds. We think you can play without worrying about having your gaming style restricted… there’s sure to be a type that’ll fit you. All against one, capture the flag, one on one… plenty to keep from getting bored.

Each stage is kind of a monster in size as well, and full of ATE (action trigger events) everywhere, explosions and robot invasions, in real time, bringing the battlefield into an almost constant state of chaos. Only the players that are able to get past these obstacles while holding their ground against opponents will make it to the top.

Of course, the foundation of this game, and ultimately the way to leading yourself and/or your team to victory, is getting good with your character and being able to pull off combos/techniques. But with so many unexpected turns in each match, beginners can enjoy playing just as much as the pros. 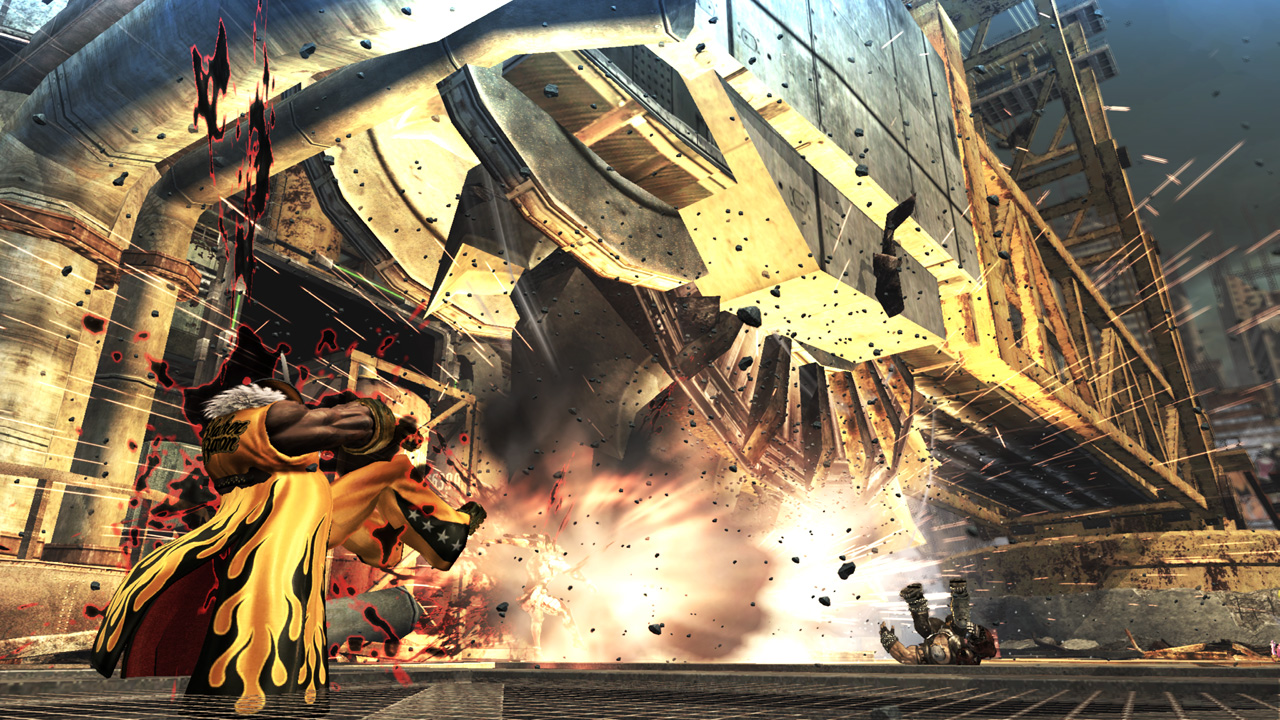 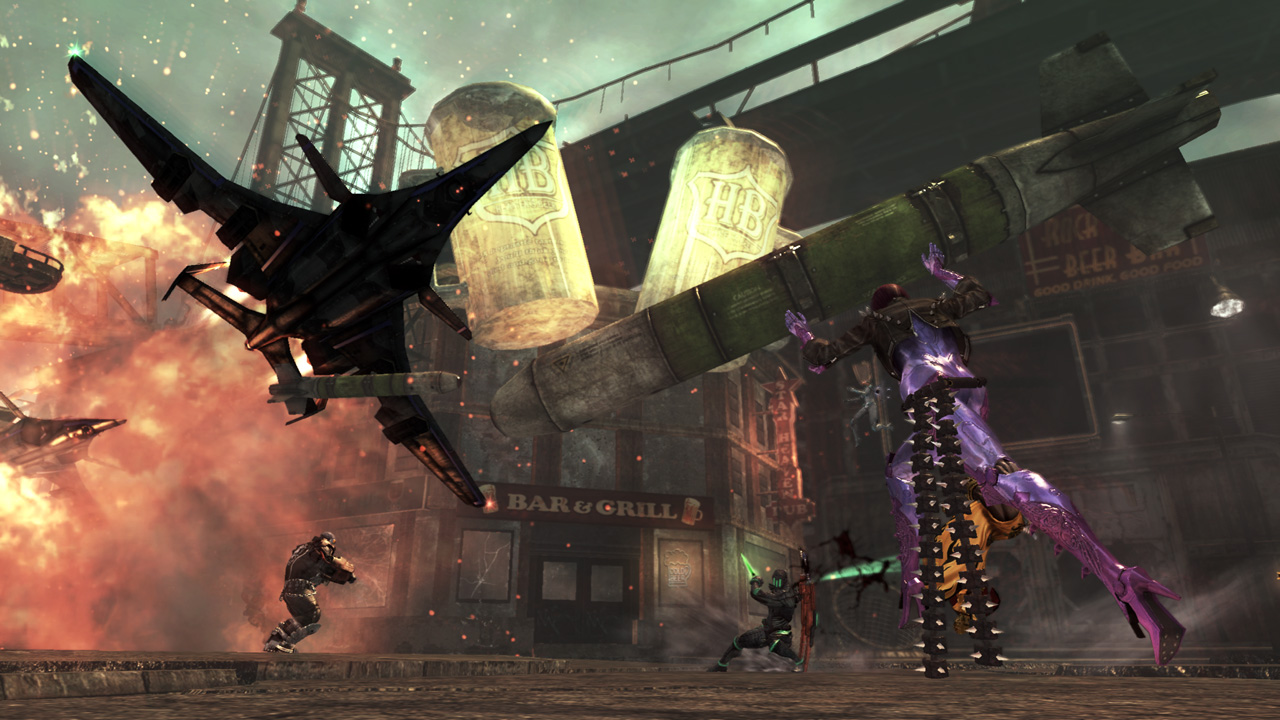 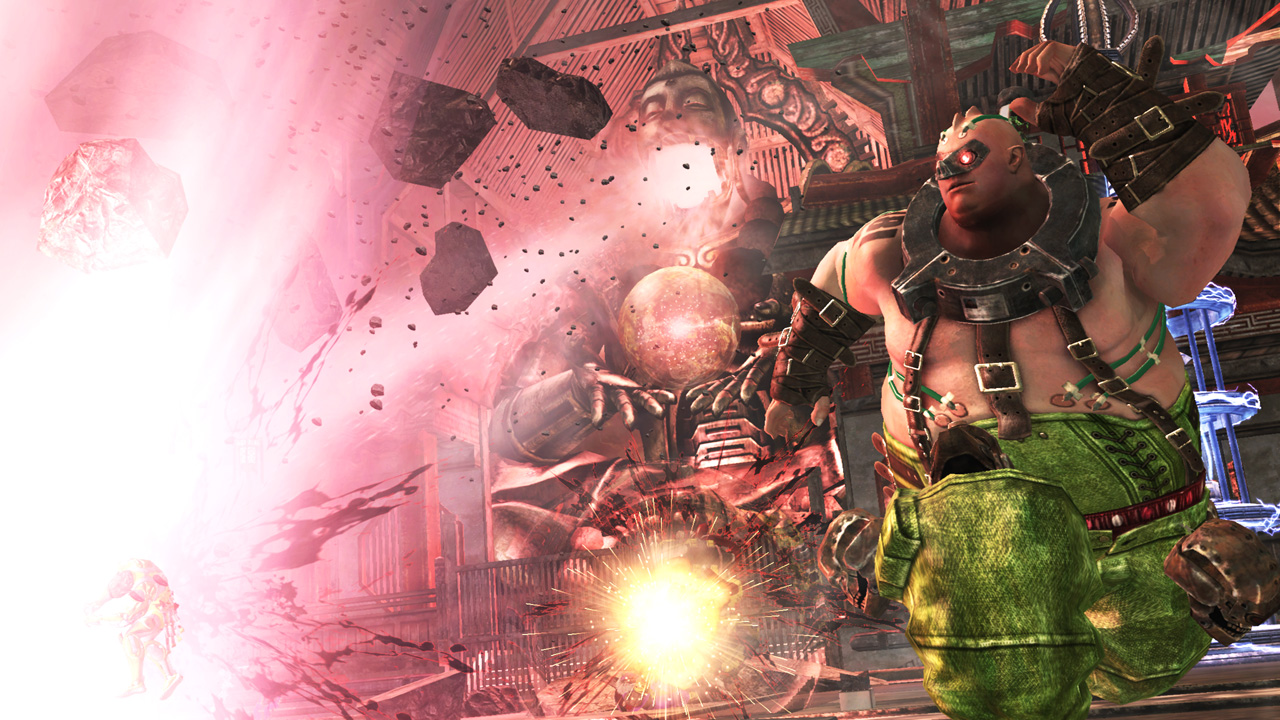 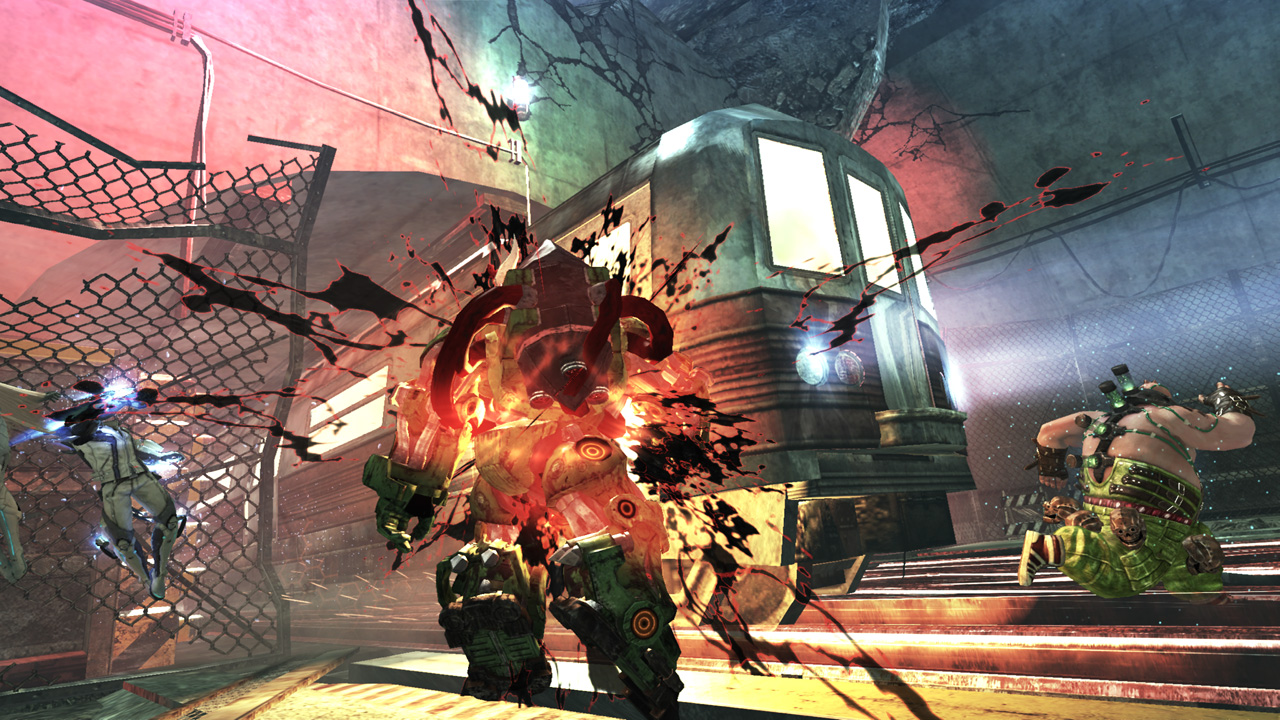 Anarchy Reigns is probably one of a kind in regards to how much a stage can evolve right in the middle of a match. I think that’s one way we’ve been able to deliver a completely new gaming experience to the player.

Nearing the end of development, around when most of the staff had learned the game from inside and out, it was still common for sudden midmatch surprises to fill the office with laughter as we played. I would listen and think, we’ve made a game you can really get a lot out of, for a long time.

We’ve included the standard match types everyone knows, and then a good deal that you probably haven’t seen before as well. Be sure to try everything out, you won’t regret it.