Anarchy Reigns, though mainly an online, multiplayer game, actually has quite the campaign mode that I very much want to tell you about. 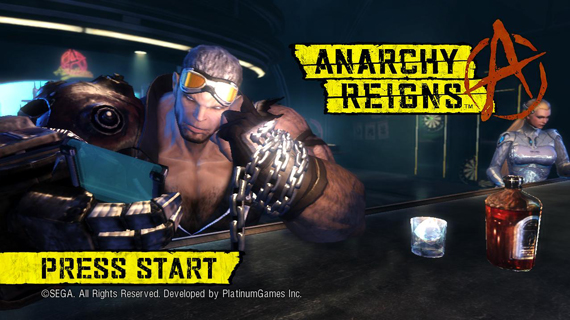 Right, I should say my name first. It’s “No Plan” Sato, and I’m in charge of Anarchy Reigns’s story. That’s… an adequate introduction, I think?

Anyway, the story behind campaign mode is going to make you cry. You are going to be crying big time. Believe it!

This is it, for real. We’re going to take a look back, and try to run away while doing it. Save your applause and adoration for the end.

I remember the morning. Rain beat against the windows relentlessly. Ominous clouds surrounded our work building. This was the first day I heard about campaign mode.

“Black side? White side? What does that even mean?”
“It means there are two protagonists.”
“Sure are… a lot of different types of missions.”
“We don’t want a half-assed campaign mode. We want a good one.”
“But… this is a lot of work for the schedule we’ve set.”
“You can do it.”
“Umm.”
“You’re doing it.” 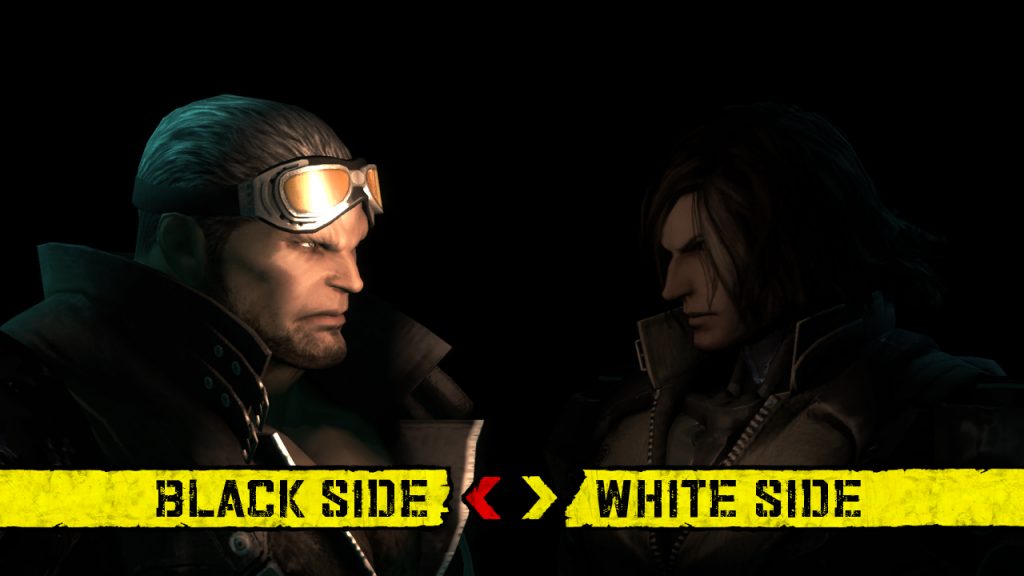 Stages were starting to be finished.

Just imagining the game’s characters running around in each of them made my heart LEAP.

You know the missions are going to be interesting when the stages are this good.

And these missions really were all incredible, but their production kept getting delayed.

Anarchy Reigns is, above all, a multiplayer game. Gameplay is tested, and changes are implemented, every day.

Campaign mode works with these changes, while making its own as well, then rebalances everything to make one-player mode play smoothly.

But every time multiplayer mode changes, campaign mode has to change as well.

And these fixes to multiplayer mode would continue for days, and always go until late, late at night. Wasn’t long until someone collapsed from overworking/stress/lack of sleep. You fared well, my friend. 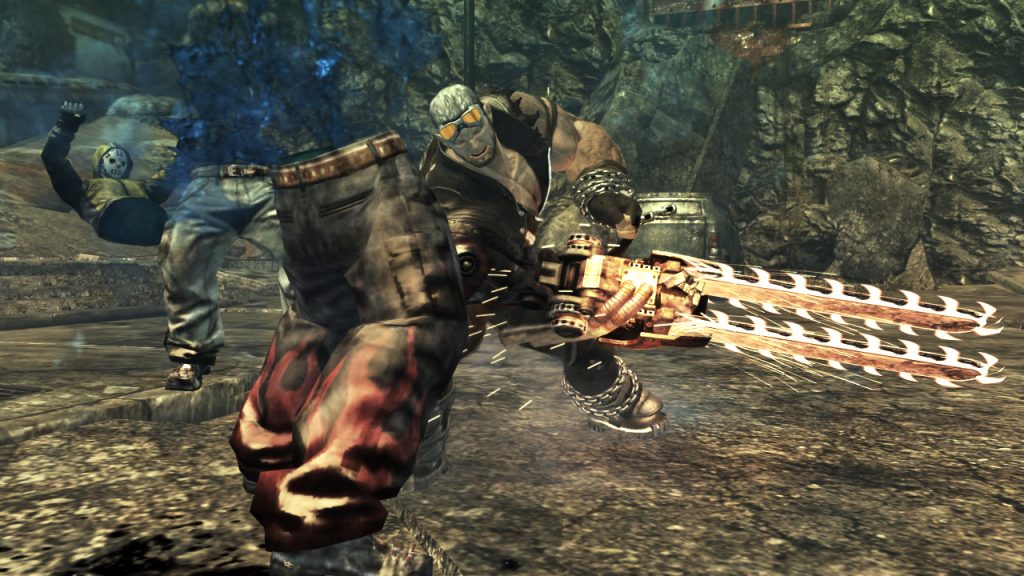 Development was starting to enter its most critical phase.
But fate had something else in store.

Comrades, falling left and right.
But no matter what, the show goes on. 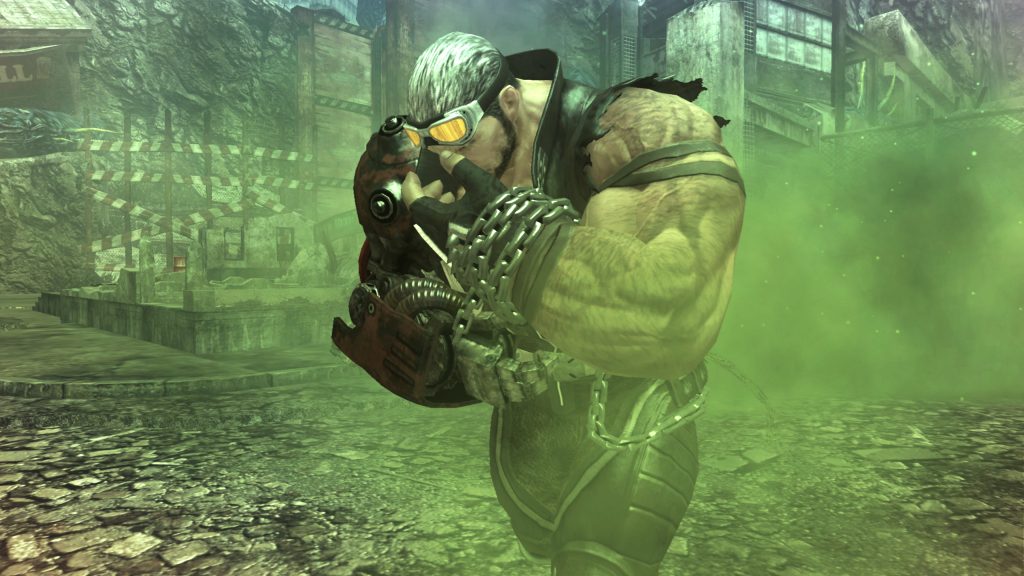 Each stage has different rivals, waiting for a throw down.
But that doesn’t mean you always immediately just go at it.
Depending on the rival, there could be a variety of ways things happen: 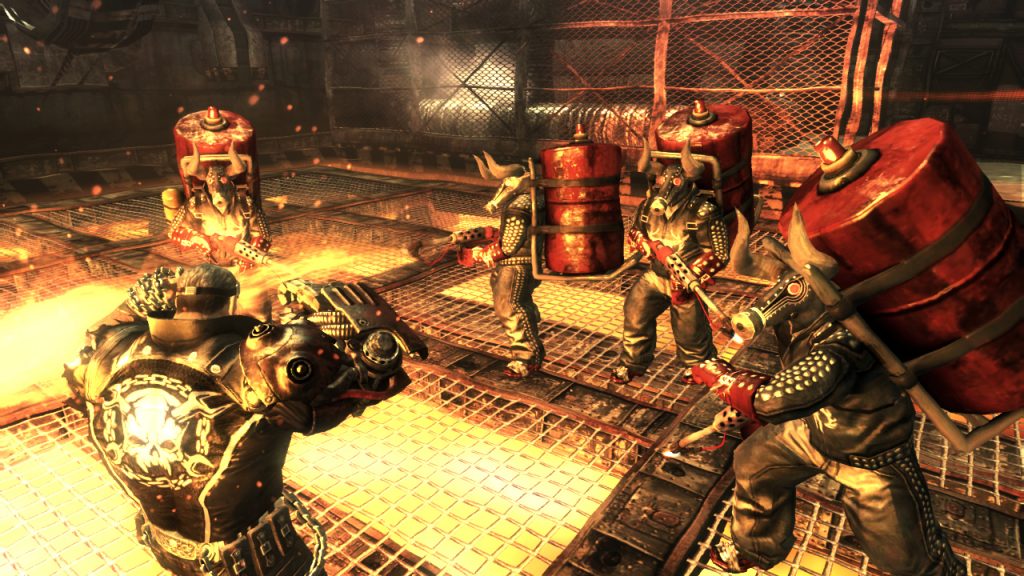 Durga, sweeping in with Garuda in an air raid. 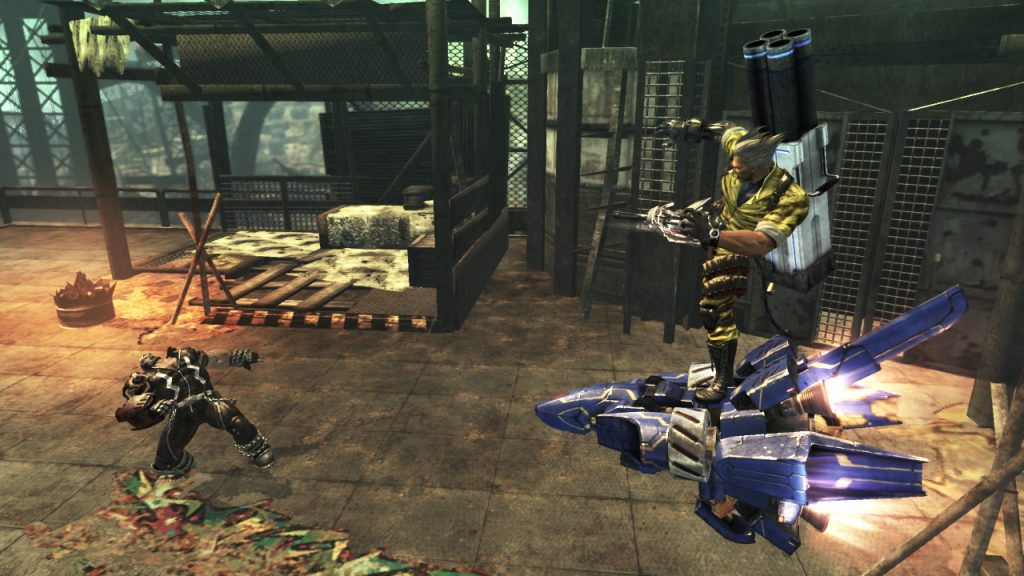 Zero slicing and dicing with his ninja squad. 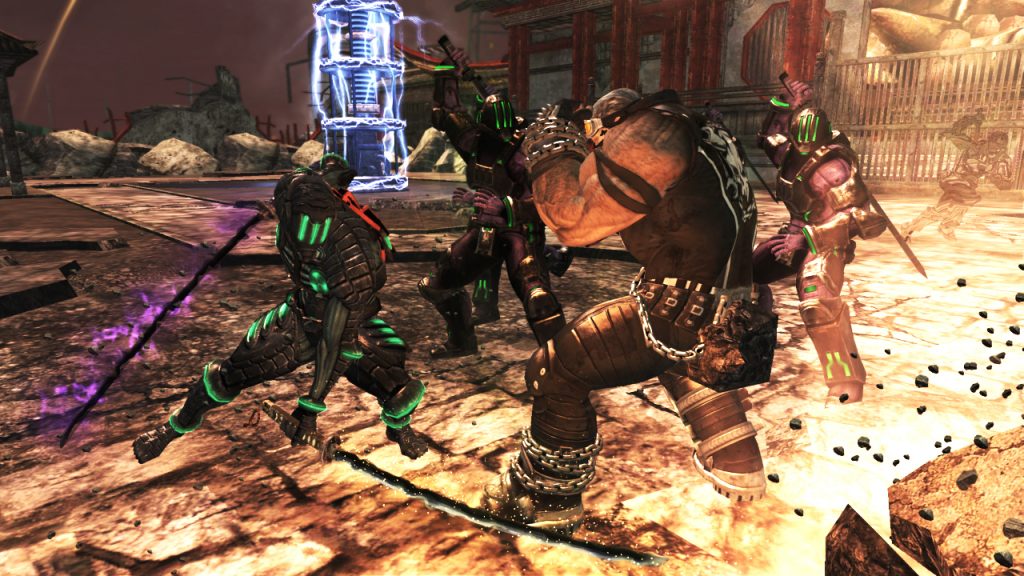 Boss battles that pack a lot of excitement.

But, Anarchy Reigns was made for online battle. Things started to take a back seat.

Yes, it needs to be a fantastic game for online play. I know that.
But, campaign mode is a part of Anarchy Reigns too, right…?

So I let out a SCREAM in the staff room.

“Anarchy Reigns isn’t just an online game! Everything in the game has to be good. Everything!! Otherwise there’s NO POINT.”

Silence. The staff room is frozen.
But soon, these words were jet propelling campaign mode. 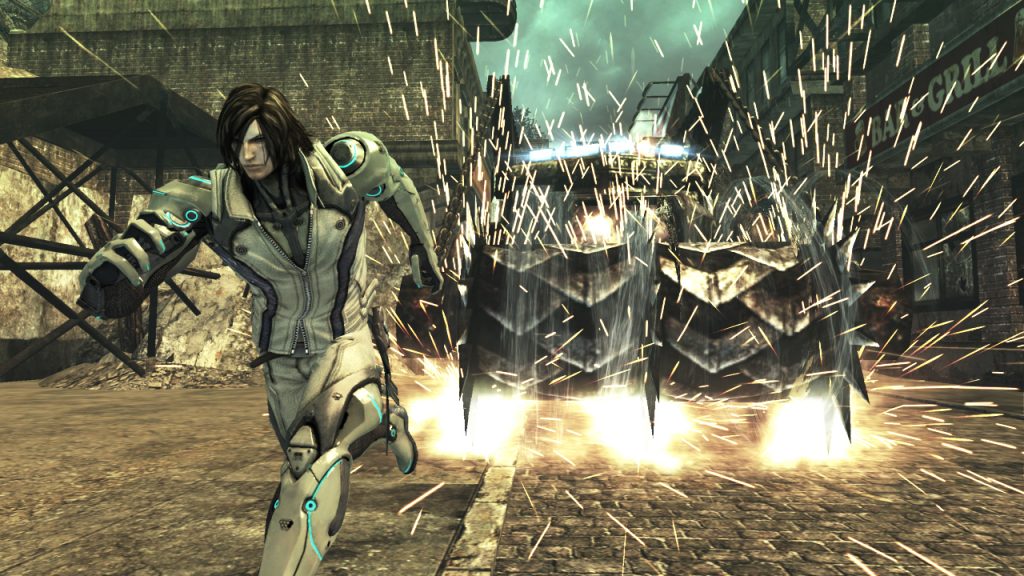 Almost everything finished. Only thing that’s left is the bug check.

But thinking the biggest hurdle had been passed was only a sign of our innocence. True hell was just around the corner.
…

Sorry… let me take a break.

Honestly there’s a lot more to be told, but I’m going to cut things off here for today. At any rate, let me just say, after facing every challenge that exists on the earth, I think we were able to make a pretty damn good campaign mode.

Our sweat and tears went into making this game, so play it. We really want you to. So you can see how good it is for yourselves.
Anyway.
This has been “No Plan” Sato from Platinum.

May Buddha be with you! 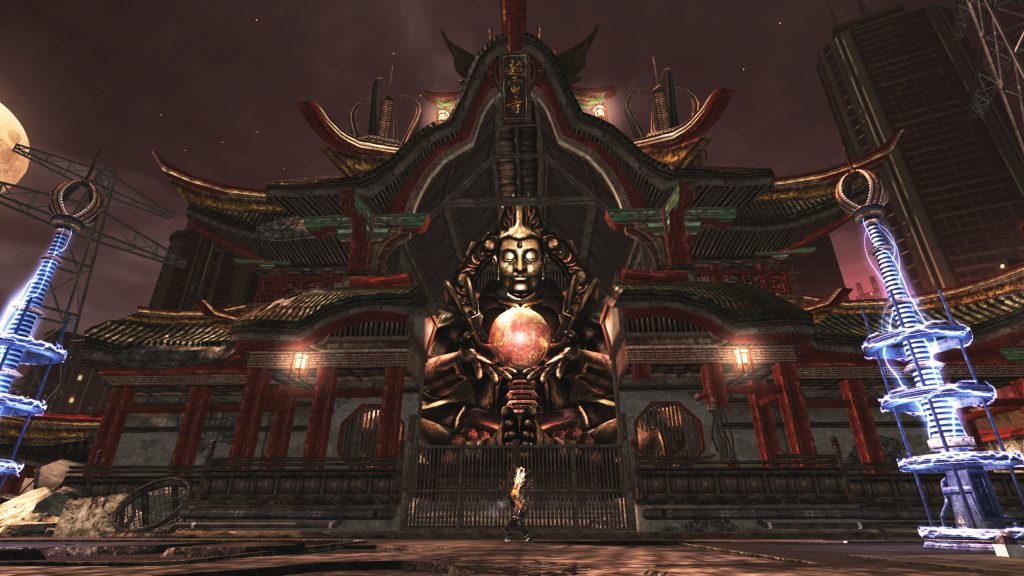 After faring many long nights and finally reaching a confident “we did it” point, one man cried out.

“All right. We’re adding this too!”

Next: “The gameplay elements just keep coming! Beware of what’s in the safe!!” 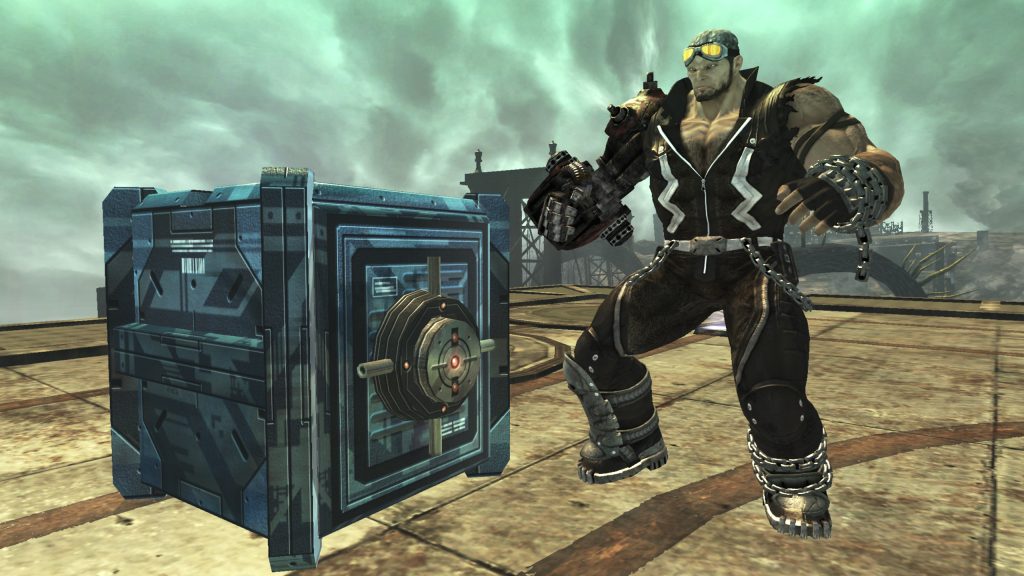 At long last, he appears in the distance, just as the deadline is drawing near… the producer.