Hello! ASTRAL CHAIN lead character modeling artist Koji Ishida here. For this week’s devblog, I’d like to tell you about the process we used to put finishing touches on how the characters appear in-game.

In the earliest stages of development, we didn’t have a firm plan for how the characters of ASTRAL CHAIN should look. The only target we had to aim for was more of a general vibe than a solid design, really: A cool cop who keeps sci-fi streets safe at night.

Even before Masakazu Katsura came through with his finished design for the main characters, we knew the game would be set in a big city where neon lights the streets at night. Once we character modelers had Katsura’s designs in hand, our task was to make sure they looked completely at home in that setting. As early as the game’s prototype phase, we were focused on one major challenge: Make it so the character models look cool and stand out, even against a brightly-lit city at night.

The character modeling staff put a lot of hard work into making the models themselves look cool, but all that effort would just fade into the background without special lighting and effects for those characters. But what did that mean for us, exactly? Should we err on the side of a more realistic approach? Or go all the way towards smooth, anime-like cel shading? But if we did that, they’d clash with the realism in the environments… We gnawed on this problem for a while, and eventually settled on a hybrid approach. We started with realistic, physics-based lighting, and then put special character-only lighting effects on top of that to give them that distinct anime pop. Masakazu Katsura’s designs themselves have a strong anime and manga pedigree, after all!

Here’s what the main character looks like all by himself, without any of the character-specific lighting on his 3D model: 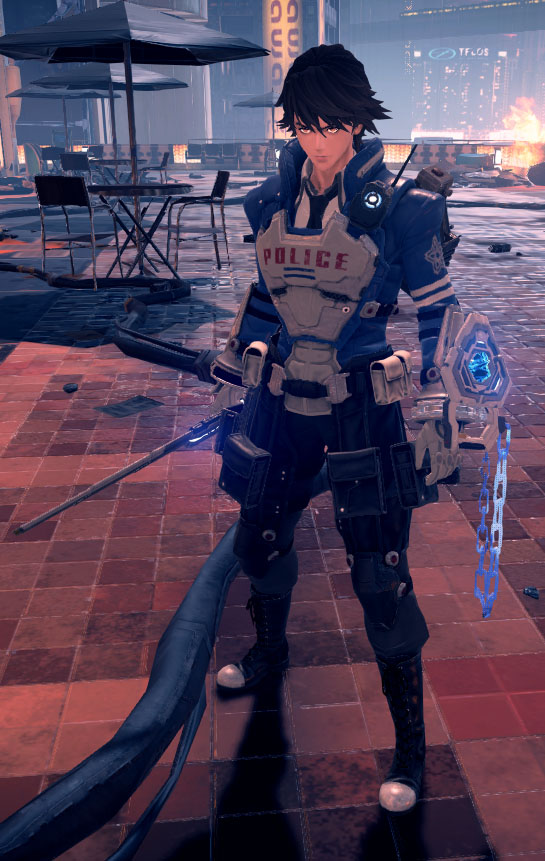 Starting with this, we added more elements. Here’s what they look like on the model, one by one…

Rim Light is the light you can see on the left of this image (the character’s right): 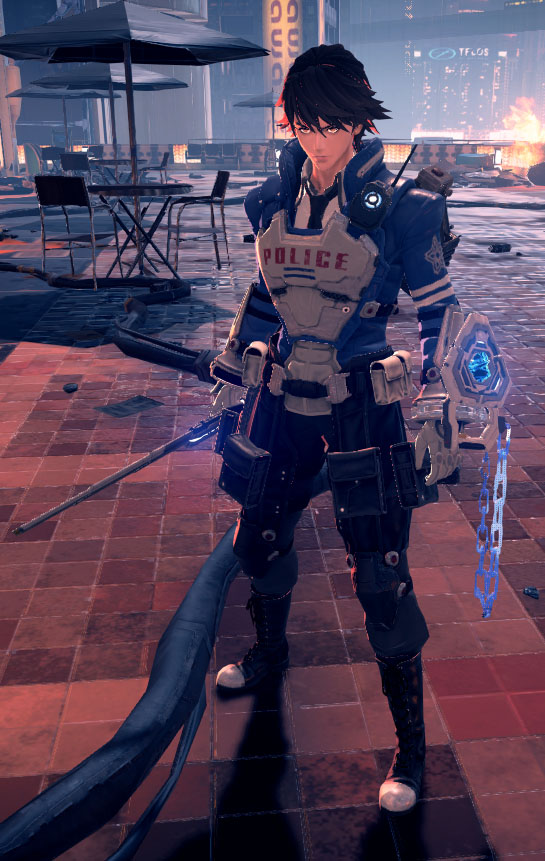 And Key Light is the light on the right side (the character’s left): 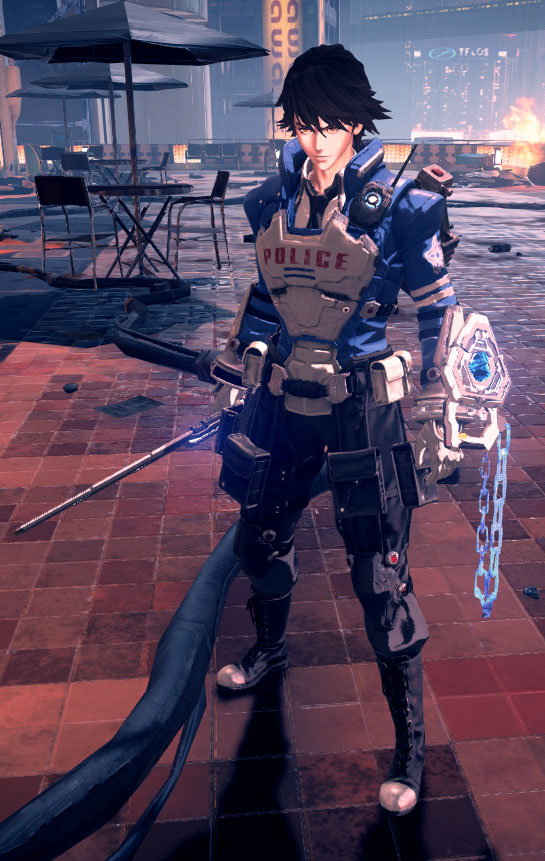 Highlights on the eyes and hair: 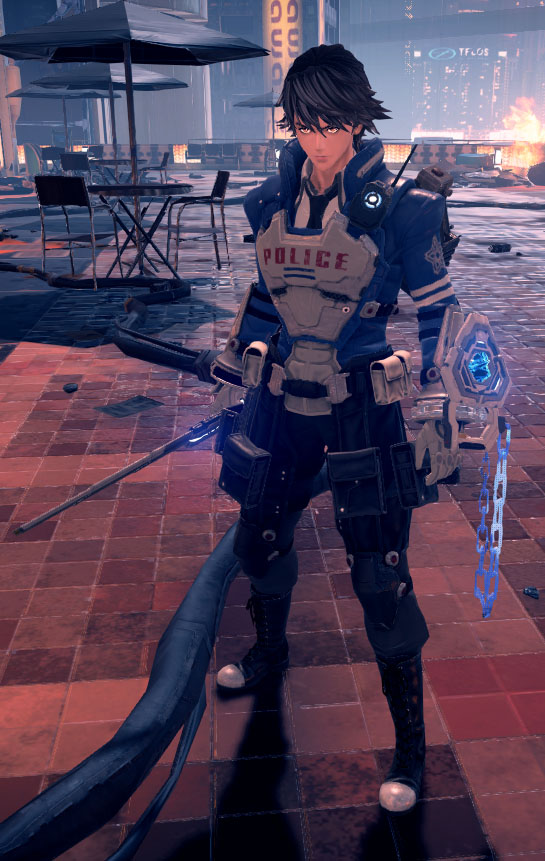 Scatter coloring on the character’s skin, for shadows: 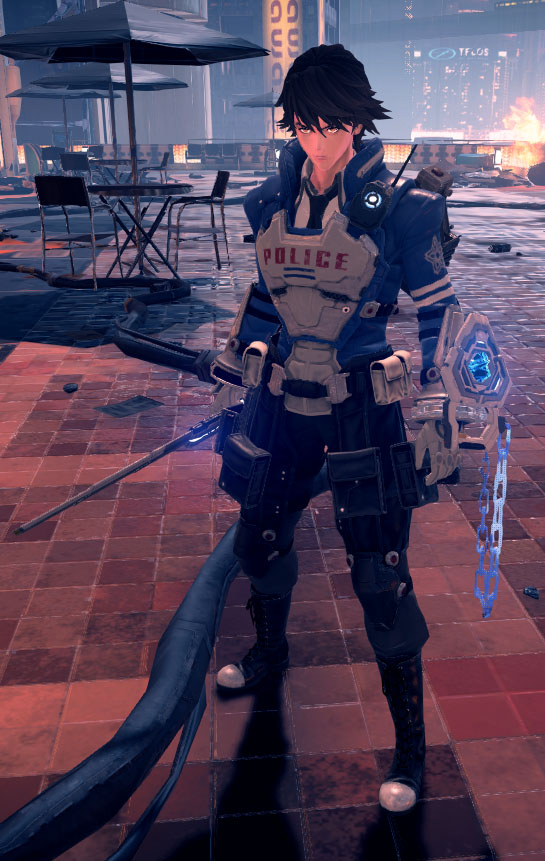 And last, the outline around the whole model: 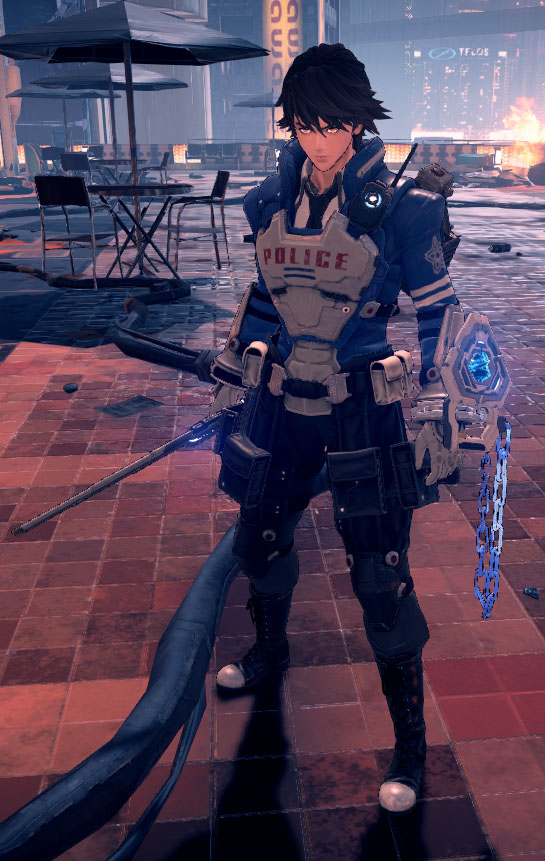 Put them all together, and here’s what we get: 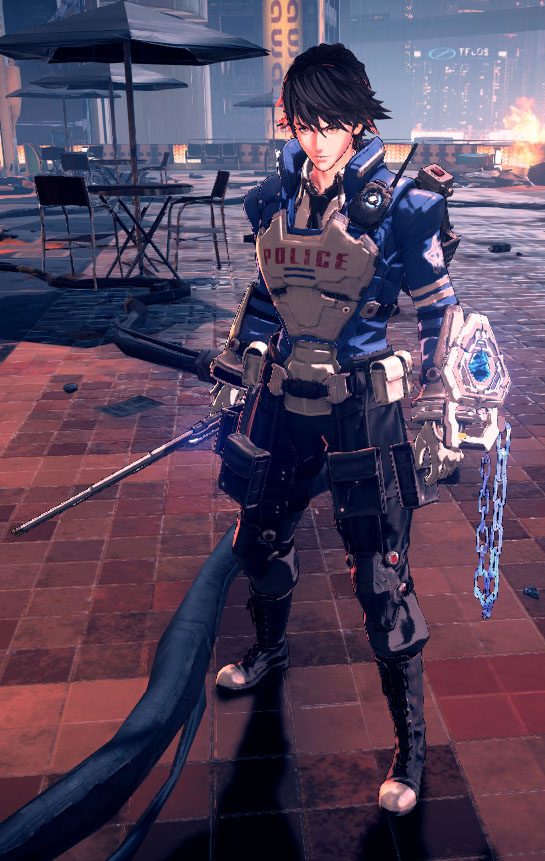 There! We’ve nailed the part-realistic, part-anime look these character models deserve! The colors of each of these light effects can be individually adjusted to suit different situations, too. 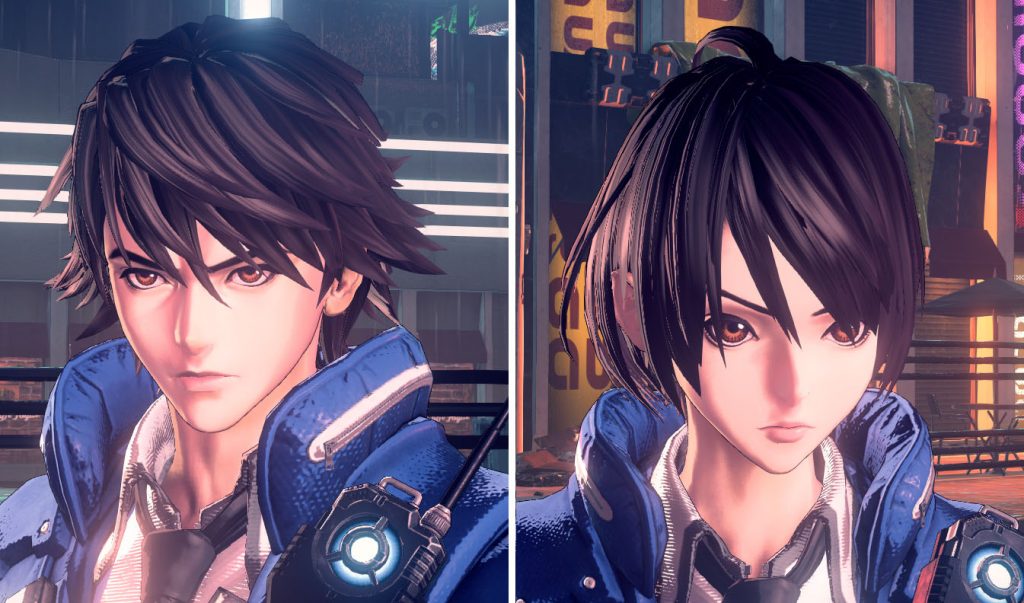 Three-dimensional models like these include data called a “normal map,” which tell the game’s lighting which parts should look recessed and which should stick out. In addition to the normal maps in these characters’ faces, we also have a special system for making sure shadows land on the character properly to give the best possible anime effect.

ASTRAL CHAIN presented another new challenge to the character modeling team, too. Because unlike most PlatinumGames titles, ASTRAL CHAIN offers character customization!

…and change accessories and colors to make your ASTRAL CHAIN character truly your own. I hope you enjoy building your own character with the pieces we’ve put together for you! 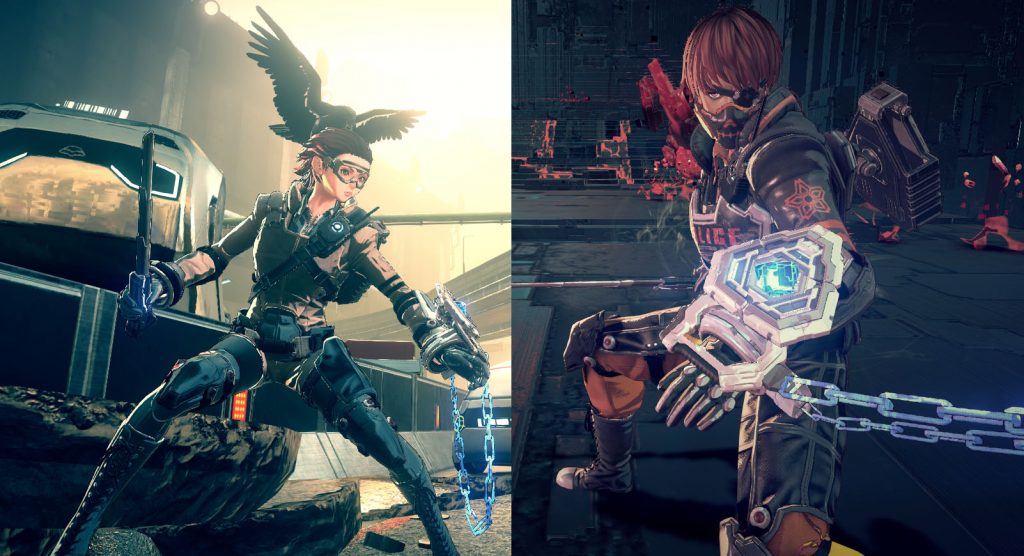