Hi! I’m John Neal from the localization team here at PlatinumGames. Though I’d helped out on several PG projects before, with ASTRAL CHAIN, I had my first opportunity to step up as localization lead.

Making sure the game gets translated is a big part of that job, but localization tasks go beyond just translating text. At PlatinumGames, our loc team works directly with the directors, designers and artists to help make sure their creative vision gets across clearly, accurately and – most importantly of all – enjoyably to players all over the world.

If I may, I’d like to share a look at a few parts of the localization process. And luckily, the breakout secret star of the game provides a great example.

From the moment ASTRAL CHAIN came out, I kept a sharp eye on the internet so I could share players’ reactions with the team. While I was gathering those reactions, I noticed a pattern starting to emerge. Further research revealed an undeniable truth: all around the world, people love Lappy. Task Force Neuron’s big, friendly, bright yellow police dog mascot plays a relatively minor role in the overall story, but it’s fair to say that Lappy (along with his, uh, close friend and confidant Marie) represents the quirky heart of the game. 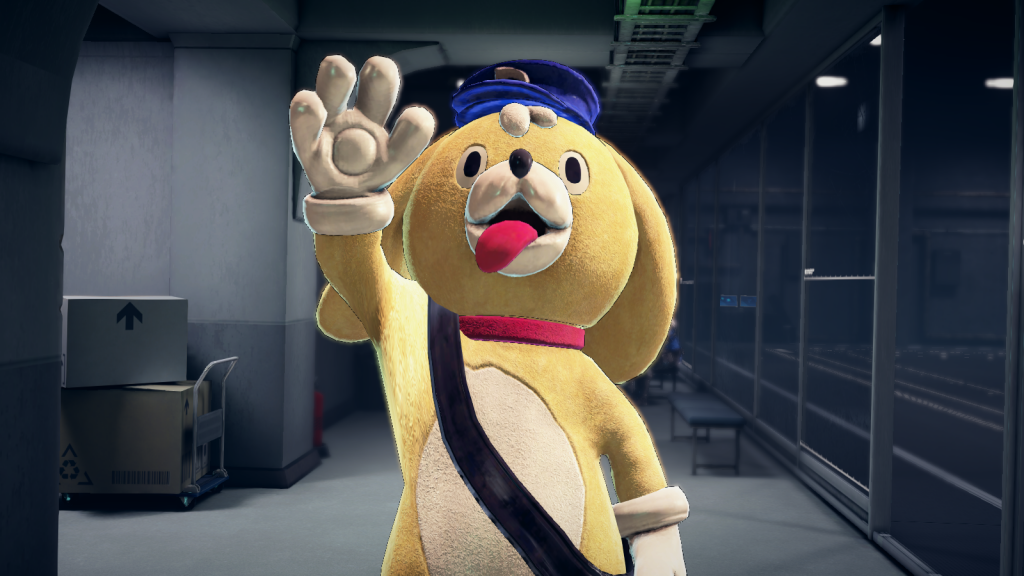 Mascot characters like Lappy are extremely common in Japan. They represent cities, landmarks, brands – and yes, even police departments, like the Tokyo Metropolitan Police’s own Pipo-kun. My personal favorite is Hikonyan, a white cat in a samurai helmet that represents the Shiga prefecture city of Hikone, where I used to live. Anyway, all over Japan, you’ll find merchandise featuring such characters, like Brenda’s mug here…

Lappy’s full-size incarnation as a wearable costume may feel slightly familiar to Americans around my age, who grew up seeing PSAs featuring McGruff the Crime Dog on TV. But for the most part, having a cartoon character as the public face of the police is a decidedly Japanese phenomenon. (And even McGruff cut a more imposing figure than ol’ Lappy.)

Still, I think you’ll agree that changing Lappy in some fundamental way because he seems extra-unusual outside of Japan would have been the wrong call. So is the challenge for localization was figuring out how to make sure Lappy stays as funny and friendly in English (and other languages) as he is in Japanese.

In Japanese, when Neuron’s office manager Marie gets into character as Lappy (spoilers!), she pitches her voice an octave or three higher and ends most of her sentences with a special vocal flourish. Take a listen to Lappy’s Japanese voice below. Hear how the actor throws in a few extra “–py!” sounds here and there?

This kind of verbal tic is common among Japanese mascot characters like Lappy. If you’ve ever tuned in to her YouTube channel, you may have noticed that PG’s virtual YouTuber Pt Shirogane ends her sentences with a trademark flourish of her own, too.

Unfortunatelappy, in English this comes off more than a little strangeppy! We needed another way to give Lappy’s lines a distinctive twist. When translating Lappy’s dialogue, I cranked his level of enthusiasm through the roof and gave him a signature phrase in English, too: note his tendency to call everyone “partner.” He is a police dog, after all. 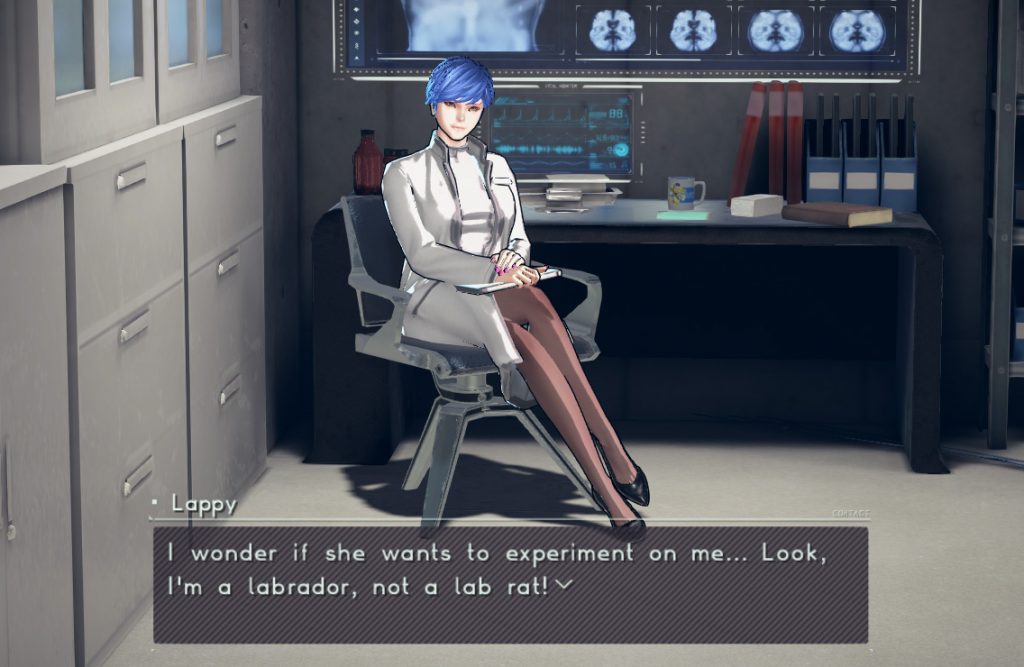 When it came time to record the English voice track, it was important that Lappy still sound like Marie, but not too much like Marie. Marie’s voice actor (the inimitable Cassandra Lee Morris) had to convincingly portray a character who not-so-convincingly portrays another character. It’s a taller order than it sounds!

Incidentally, the original English script didn’t specifically call for Lappy to have his trademark Southern US accent. That particular quirk came up during recording. After experimenting with a few other accents and intonations, Cassandra tried a bit of a Southern twang – and, well, you know the rest, partner!

Here are the English versions of those same Lappy lines from before. I’ll include the Japanese ones with them, so you can listen and compare.

As you can hear, we took a rather different approach from the Japanese voice, but the overall characterization remains the same in both languages: Friendly, eager, lovable and just the right amount of annoying. That’s Lappy!

As a localizer, seeing players from all over the world fall in love with a character that, at first glance, seems distinctly attached to a very specific facet of modern Japanese culture has been extremely gratifying.

One more thing before I go! Most of what I’ve written so far relates most directly to the game’s English version, but Astral Chain comes in ten text languages in total! This wouldn’t have been possible without the cooperation of translators across Asia and Europe.

Whatever language you’ve set your Nintendo Switch to just happens to be the lingua franca of the Ark (what are the odds?), but that doesn’t mean there aren’t other languages spoken throughout the city. Look around and you’ll see Japanese, Chinese, Russian, Korean, Arabic… The neon signs and billboards put together by our environment artists do a great job establishing the Ark as a truly international undertaking. 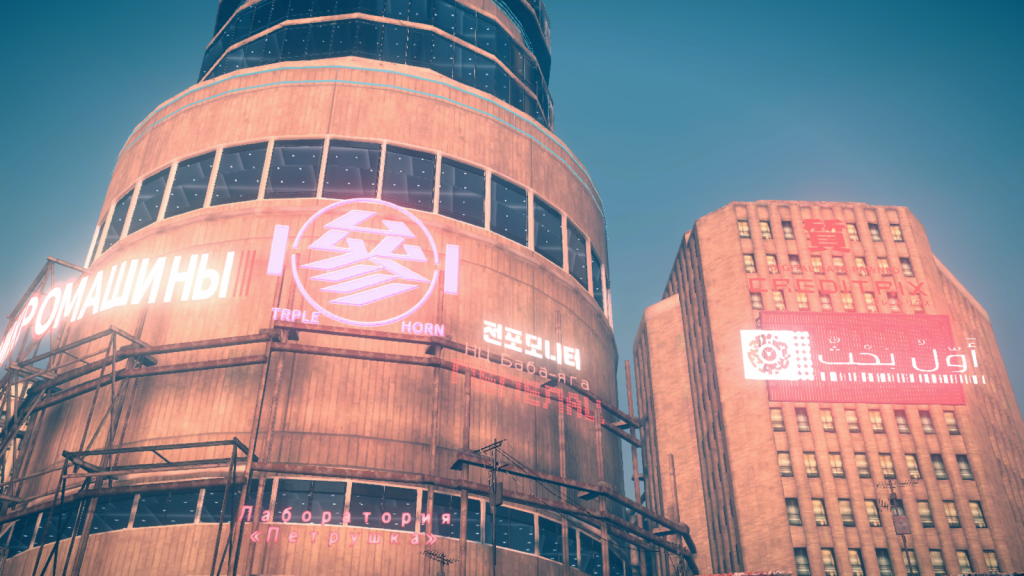 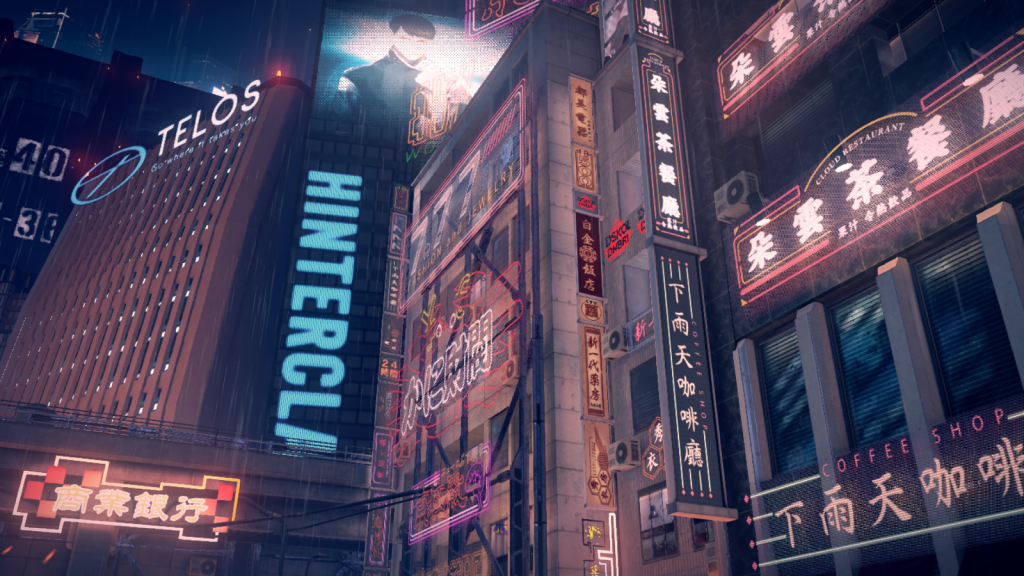 Most of the English text on these signs and news tickers came out of brainstorming between me, my localization colleagues, and our lead environmental artist. For other languages, we had to rely on outside help! Luckily, PlatinumGames has staff members from seventeen different countries here in our Osaka office, so a quick native check was just a few desks away for many of those languages. Nintendo of Europe’s translators were more than willing to provide feedback and guidance for all the others! The result is a visually rich environment that reflects the multinational roots of both the characters that live there and the team that created it.

John Neal Follow @pg_neal
John joined the localization team at PlatinumGames in 2015. Since then, he’s provided localization support on PG titles like NieR:Automata and TRANSFORMERS: Devastation. ASTRAL CHAIN is his first title as a localization lead.