During our “SOL CRESTA Drama-Filled Live Stream” on Friday, February 4th, we announced the sale of a Limited Collector’s Edition of our upcoming shooting game SOL CRESTA and a release of the game’s original soundtrack.

The collector’s edition will be made to order by Limited Run Games, with preorders already open and delivery slated for Autumn 2022. In addition to the physical version of the game, the set also includes a miniature SOL CRESTA cabinet, a metal Yamato figure, and various other exclusive items.
https://limitedrungames.com/ 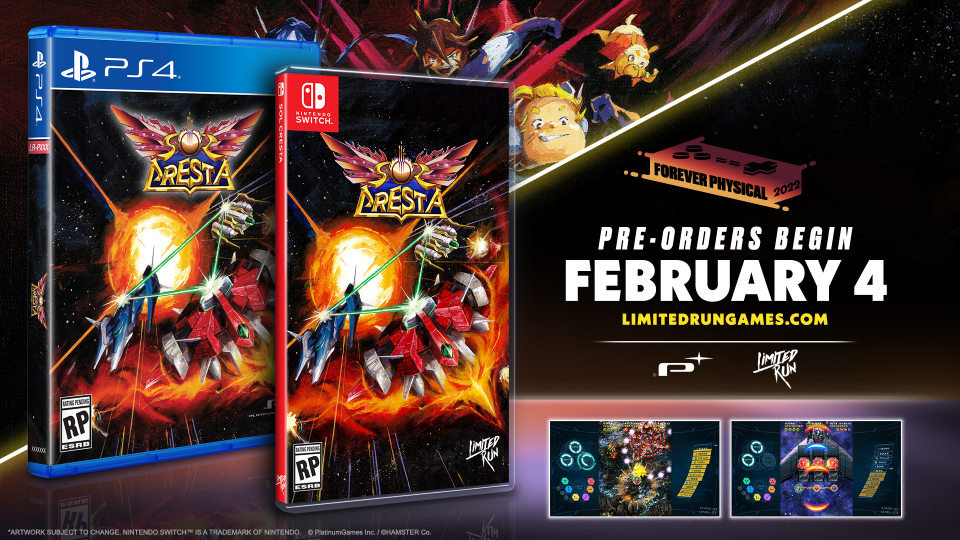 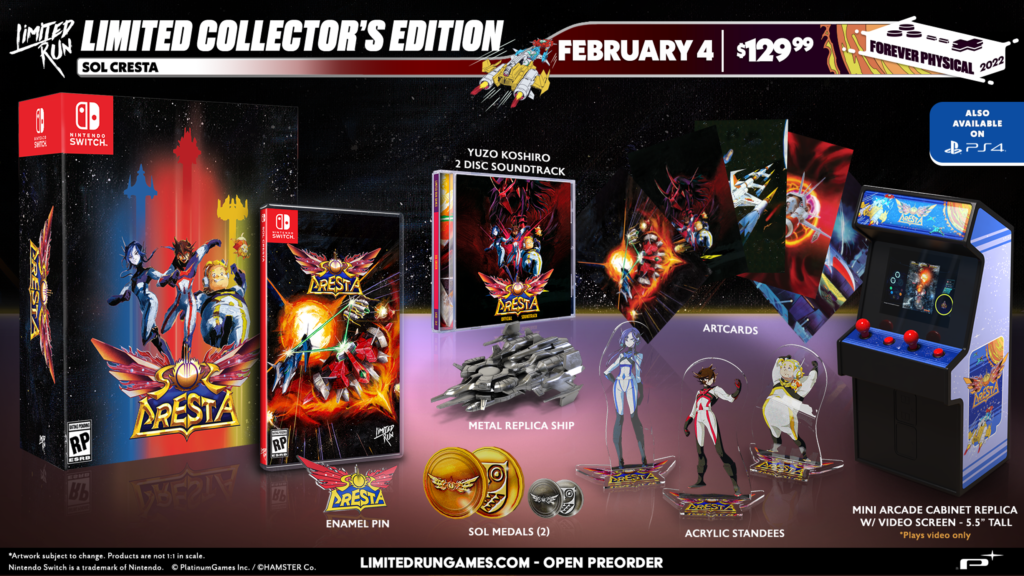 The SOL CRESTA Original Soundtrack is a 2-CD set that includes both music and sound effects and is accompanied by a 12-page booklet featuring messages from composer Yuzo Koshiro, Hamster Corporation president Satoshi Hamada, creative director Hideki Kamiya, other members of the SOL CRESTA team! During the stream, Yuzo Koshiro played the Neptune stage theme “Neptune Storm” to celebrate.

The soundtrack is being sold through Sweep Record with preorders already open.
https://sweeprecord.ocnk.net/product-list/1/0/normal
*International shipping is available. 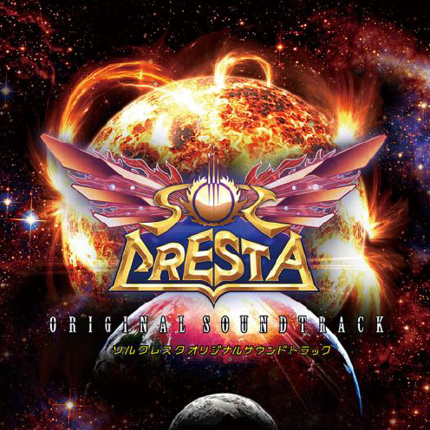 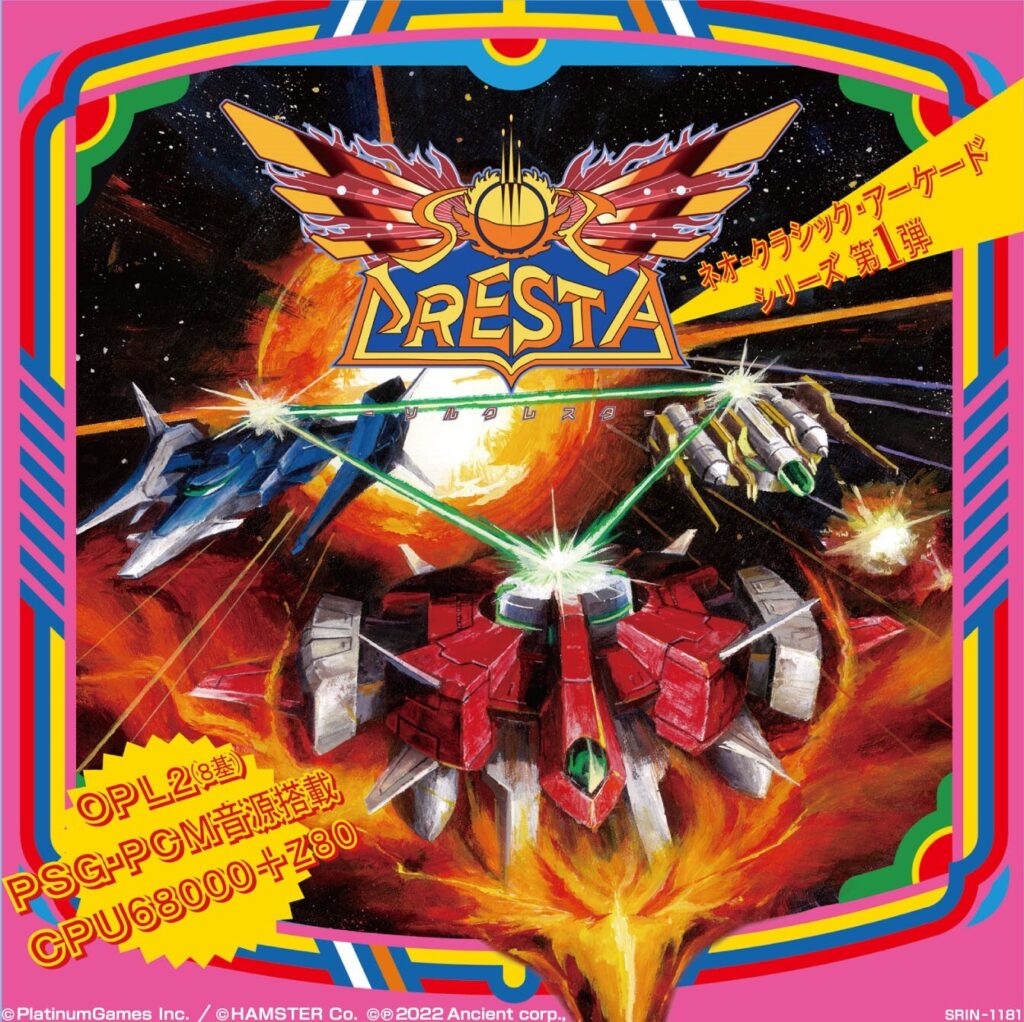 SOL CRESTA creative director Hideki Kamiya, producer Takahito Washisaka, director Takanori Sato, and character designer Manami Saito discussed the content of the Dramatic DLC,  going into detail about the content as Sato played through the first stage and part of the second stage. Additionally, the team talked about how the characters that appear in game came to be and showed off the volume of story written by Kamiya himself.

The Dramatic DLC also includes a robust Database, full of information on characters, enemies, and ships. Priced at $10.00, the DLC will also be available on February 22, 2022, the day of SOL CRESTA’s release. 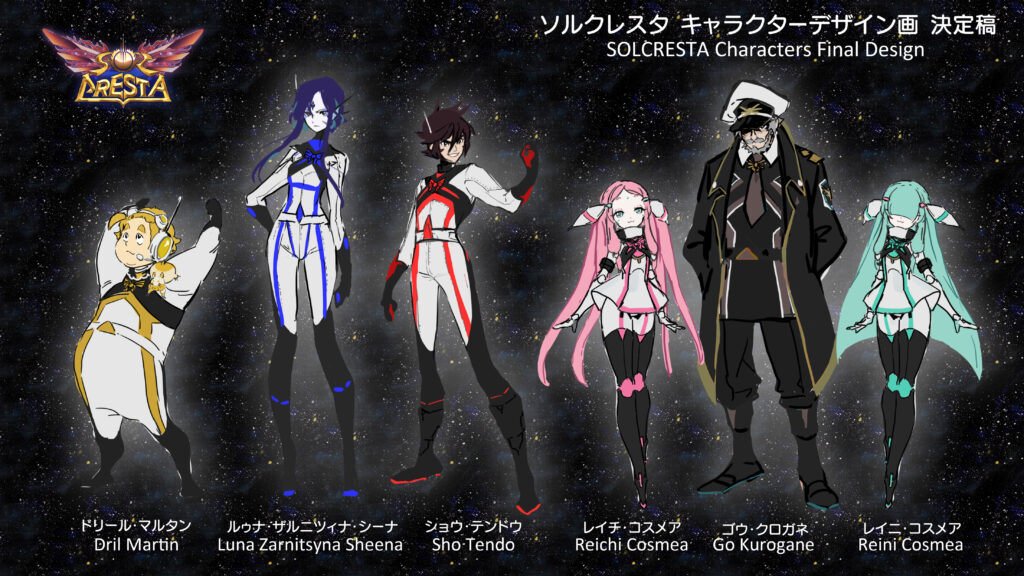 To show off another feature of the game, the Caravan Mode 5-minute time limit score attack mode, Kamiya and lead game designer Hiromu Nakazono faced off encouraging fans to try their hand at getting in the rankings as well. The team also revealed a parody SOL CRESTA commercial that pays homage to the 1985 Japanese commercial for Terra Cresta. Not only is the parody commercial detailed and faithful to the original, but the team also revealed that the commercial will also be shown on television in Japan, and an English version will later be added to the PlatinumGames YouTube channel. Additionally, a SOL CRESTA demo cabinet will be placed at the famous Mikado and Zarigani arcades in Tokyo and Osaka respectively, from February 15th-24th (Zarigani) and February 16th-24th (Mikado).

*Archives of the Drama-Filled Live Stream can be viewed on the PlatinumGames official YouTube channel. 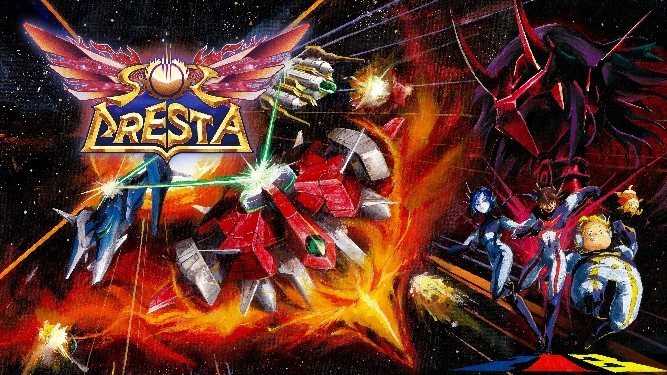 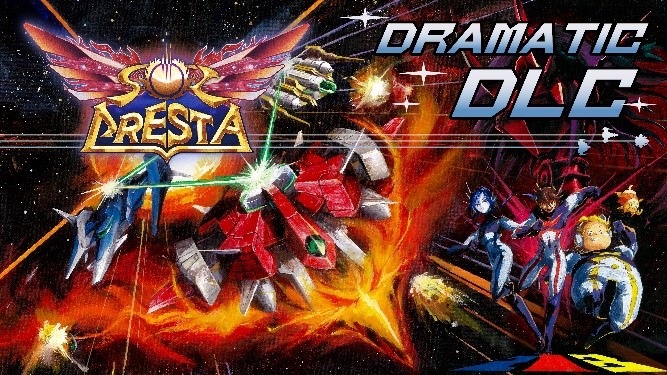 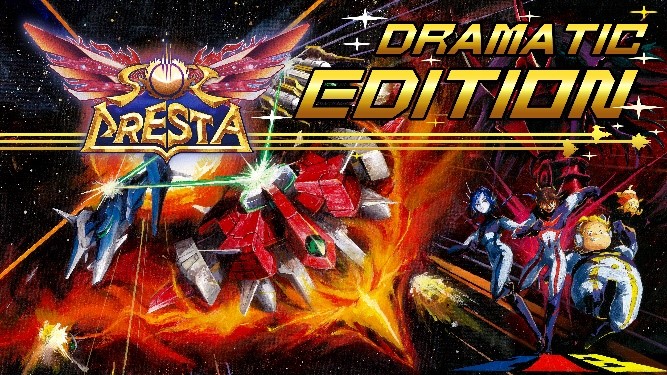