Hello everyone!
Welcome to the second Sentinel Report. In this Sentinel Report and the next, we will be sharing messages from the Babylon’s Fall Operations Team about Character Building, separated into Basics and Advanced.

In Basics, we will be sharing elements that are also used in orthodox hack and slash games, and in Advanced we will focus on the unique customisation elements in BABYLON’s FALL. There is plenty of information, so please stay with us until the end! If you are already familiar with hack and slash games, feel free to start with Advanced!

What is “Character Building”?

Since this is the Basics, let’s go over the term “Character Building”, a key component of hack and slash games.

Hack and slash is a genre of games where fighting enemies is the main content.

It may be easier to imagine the hack and slash gameplay in BABYLON’S FALL from the image below. 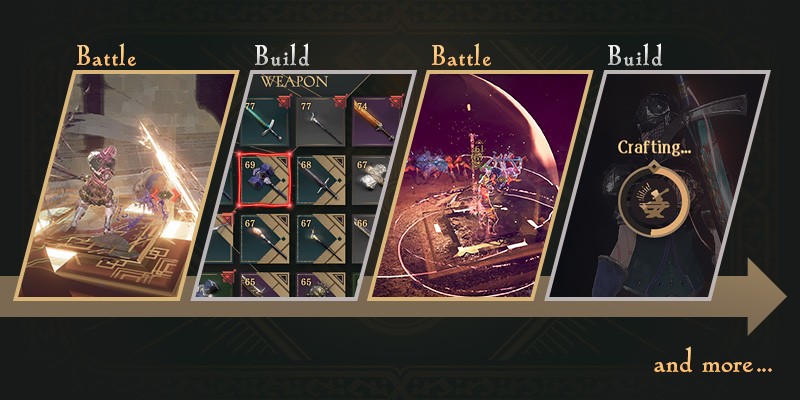 To explain the flow of the game simply, you repeat battles and building to take on stronger enemies and more challenging quests.

This “building” part is the theme of this Sentinel Report, “character building”.
Generally speaking, character building is used as an umbrella term for multiple customisation features. “Which pieces of equipment do I choose?” “Which skills do I learn?” “Which Enchantments do I set?” Making your own choices from these many options to create a strategy just for you is one of the charms of character building.

From this point, let’s look at “how to become stronger in BABYLON’S FALL”! 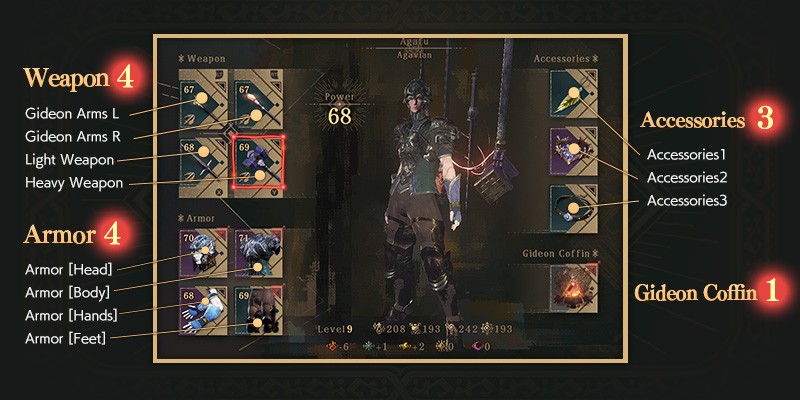 At first, you start with 4 weapons, 4 pieces of armor, and 1 piece of accessory. Through progressing the story, more accessory slots will be unlocked, and different Gideon Coffins can be equipped.

Changing the weapons and armor equipped to each slot to your liking is the basic principle of character building.
From the next section, we will be explaining how to distinguish different pieces of weapons and armor.

The most important thing when looking for stronger weapons and armor is the Power Level.
The higher the Power value, the better the weapon or piece of armor.

When changing equipment, a comparison with the one that is currently equipped is displayed on the right side of the screen, so we recommend changing to those with higher Power Levels. 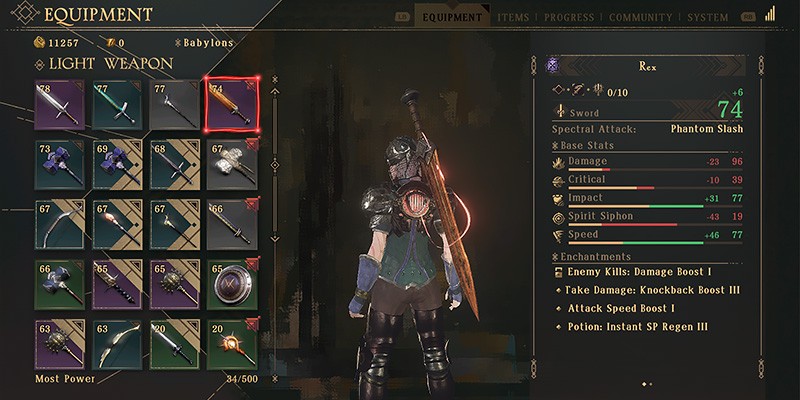 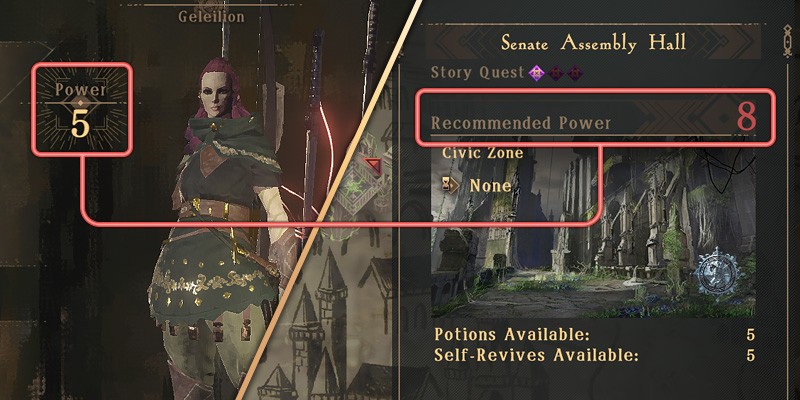 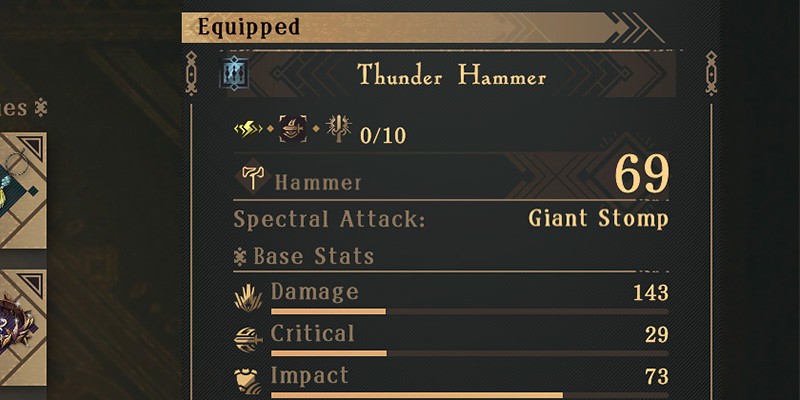 If you land an attack with a stronger element, the damage figures are displayed with decorations above and below them as seen in the image below. 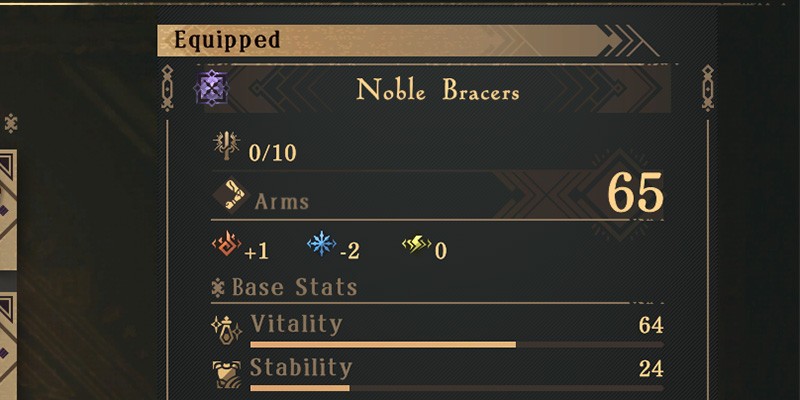 Many enchantments are triggered by certain conditions or actions. Combining these enchantments is key to create a unique and powerful character. 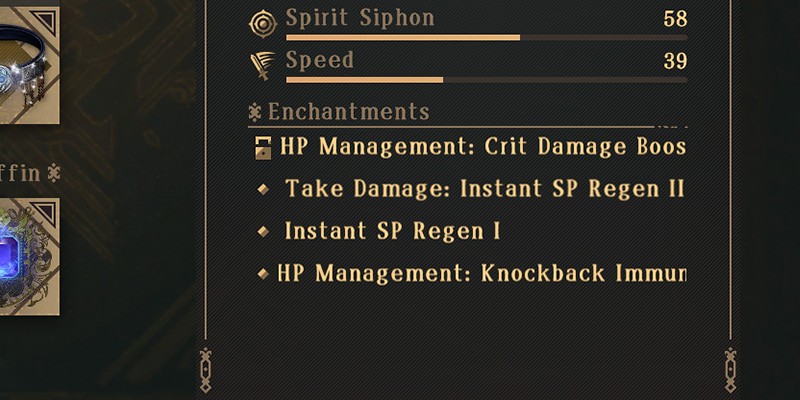 Conditions that trigger enchantments include the following:

Here is an example of a combination of enchantments attached to a weapon, a piece of armor and an accessory.
You can create a slowed down space with a perfect dodge, poison the enemy, and set the enemy on fire by landing consecutive attacks.

Of course, this is just one example. There are various other effects such as recovering HP or SP, speed boosts, and summoning a barrier that reduces damage taken by party members. Optimising different enchantments for each quest will bring you one step closer to an advanced player!

To start with, you can just focus on changing to equipment with higher power levels, or weapons and armor with many enchantments!
Once you are comfortable, try choosing the best elements and enchantments for each quest, and you should be able to experience further heights!

What’s in store for the next Sentinel Report?

The next Sentinel Report is “Advanced Character Building”.
We will bring you more in-depth customisation features, so please read on!