Hello, my name is Yuki Suda and I’m the art director for Bayonetta 3.
In this development blog entry, I’d like to talk about one of the ways we brought the game’s world to life.

The game takes us to various spots across the globe, which seem totally different with the simple addition of “Bayonettas”. 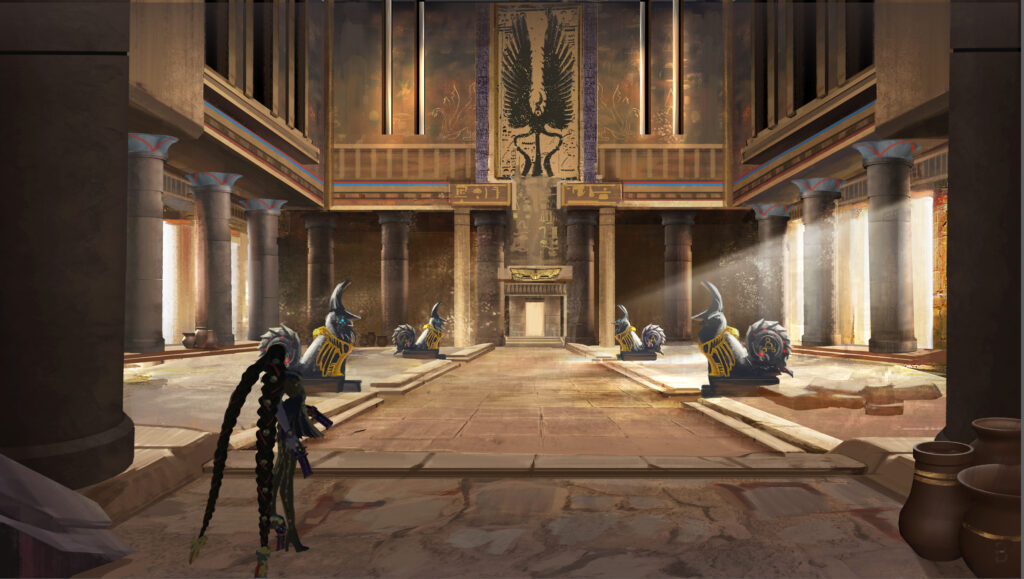 This title marks a turning point in the Bayonetta series, and we had to be conscious of the expansion of the Bayonetta world as well as of the scale of the game itself.

And we can’t forget about these! 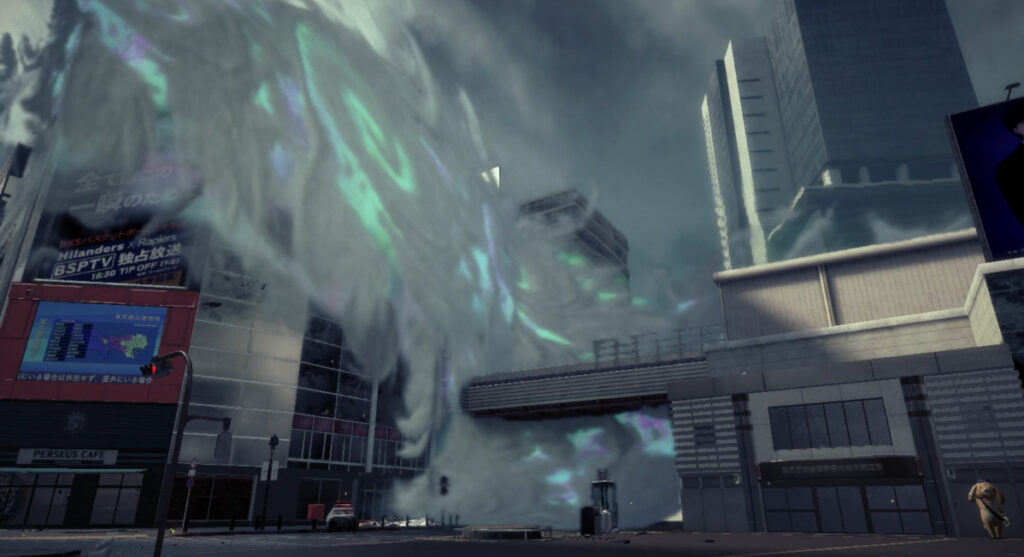 These cloud-like things dotted about are called “Erasure”.
This phenomenon occurs when Singularity uses its powers of erasure to obliterate the world.
The portrayal of this phenomenon is something important that we see throughout the game, and it really was a process of trail-and-error to get it right.

We wanted to make these clouds represent “solid objects being sucked up from the edge and then evaporating.” During development, we brought up various key phrases such as “vapor”, “volume”, “shaving cream” and “the sensation of being pulled into a void” in order to express the phenomenom.

My initial idea for the portrayal of Erasure was more akin to an “abstract-like crystallization” of sorts, however, that didn’t quite convey the movement needed to express the scale of this phenomenon, or the feeling of being sucked into a void and evaporating. 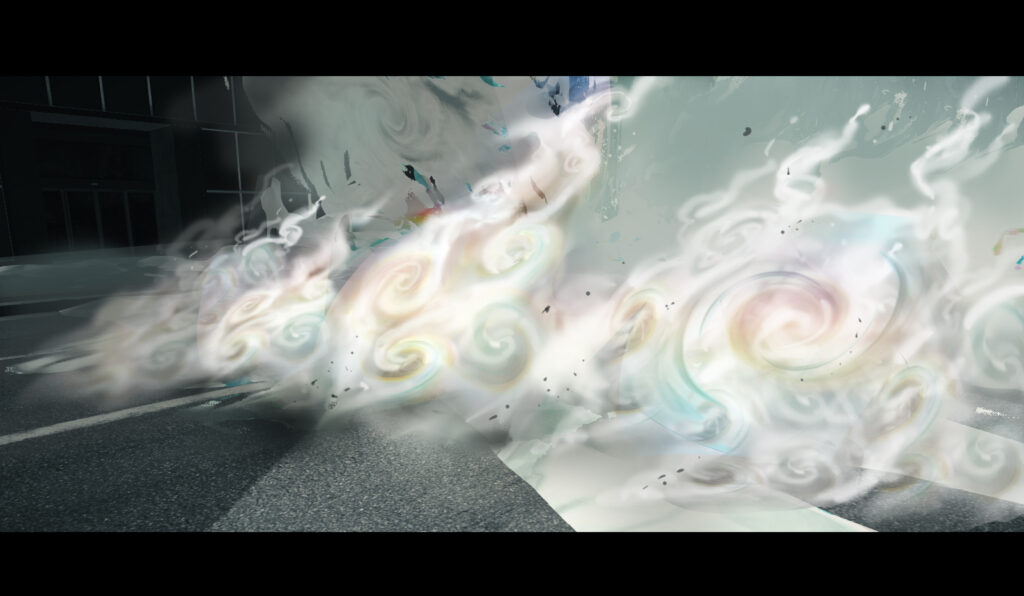 Although the Erasure is vapor, it needed to behave like gas. I also wanted bring out a phenomenon which exudes a sense of volume, which led me to use these dense clouds to convey the message.
As Singularity hosts a cloud motif, I think this direction fits perfectly.

I then tried incorporating the spiral pattern that represents the Homunculi, together with some iridescence. 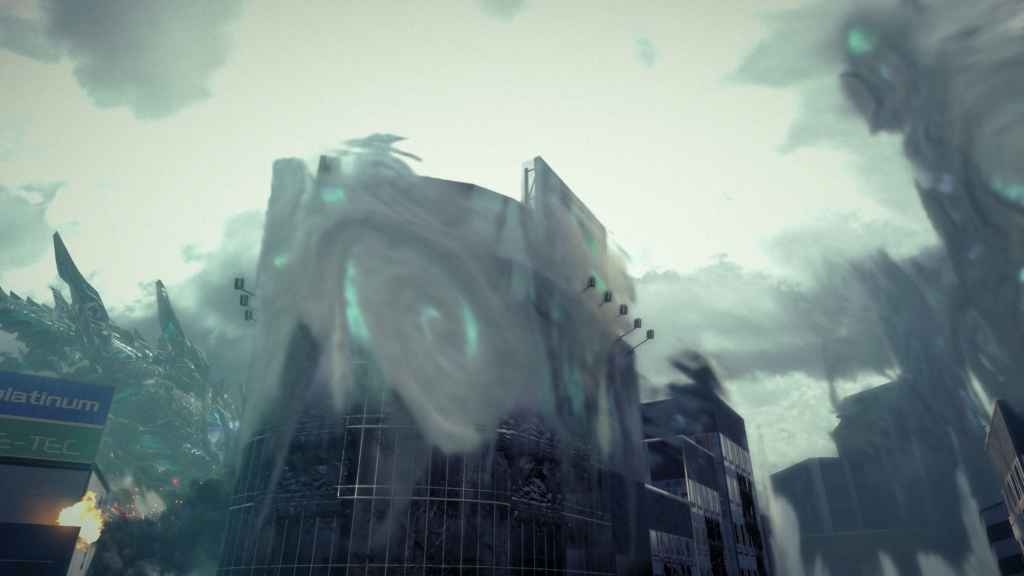 The spiral pattern is more heavily emphasized, and we get the sense that there is some kind of strange force of erasure lurking from where the clouds are emerging.

The visuals that represent the Erasure enveloping the world is one of the game’s focal points.

I hope that you will keep an eye on these touches as you enjoy your Bayonetta 3 experience.