I mostly worked on the 3D character models for this game, but I also handled a wide variety of models for the Homunculi and Infernal Beasts.

In this Umbran Studies entry I’d like to show you some of the 3D character models for the Homunculi.

I’ll be showing you some models made with digital sculpting software ZBrush. These aren’t the models used in the final game, but served as the foundation for them. 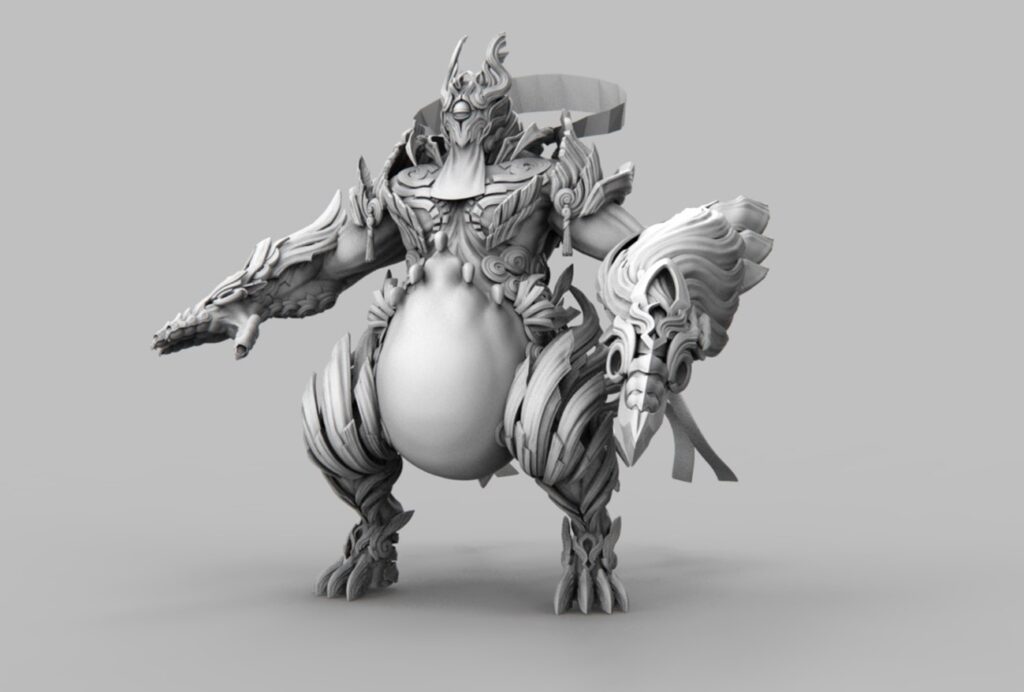 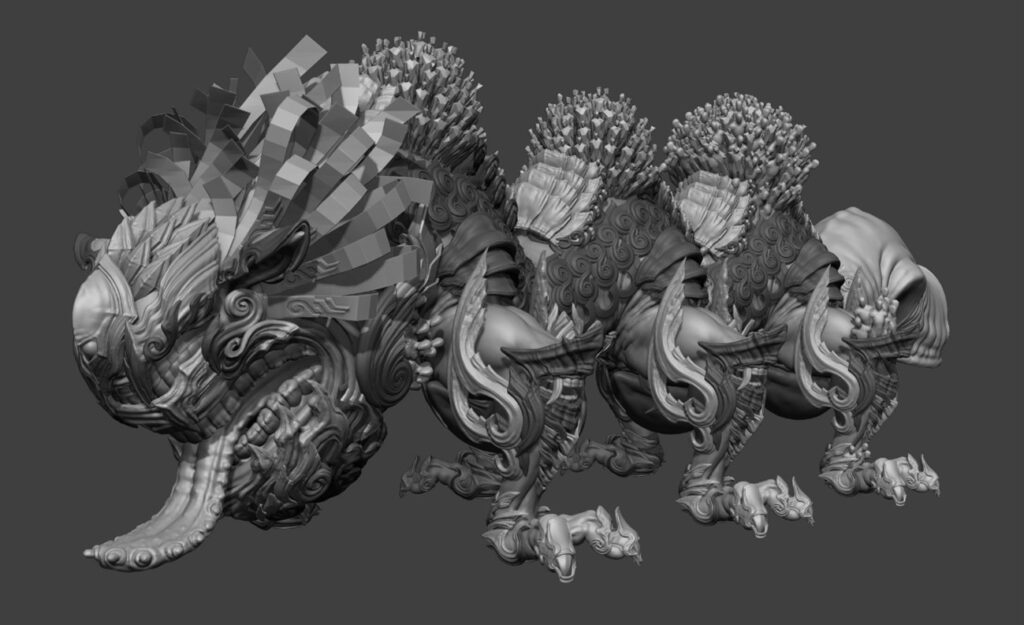 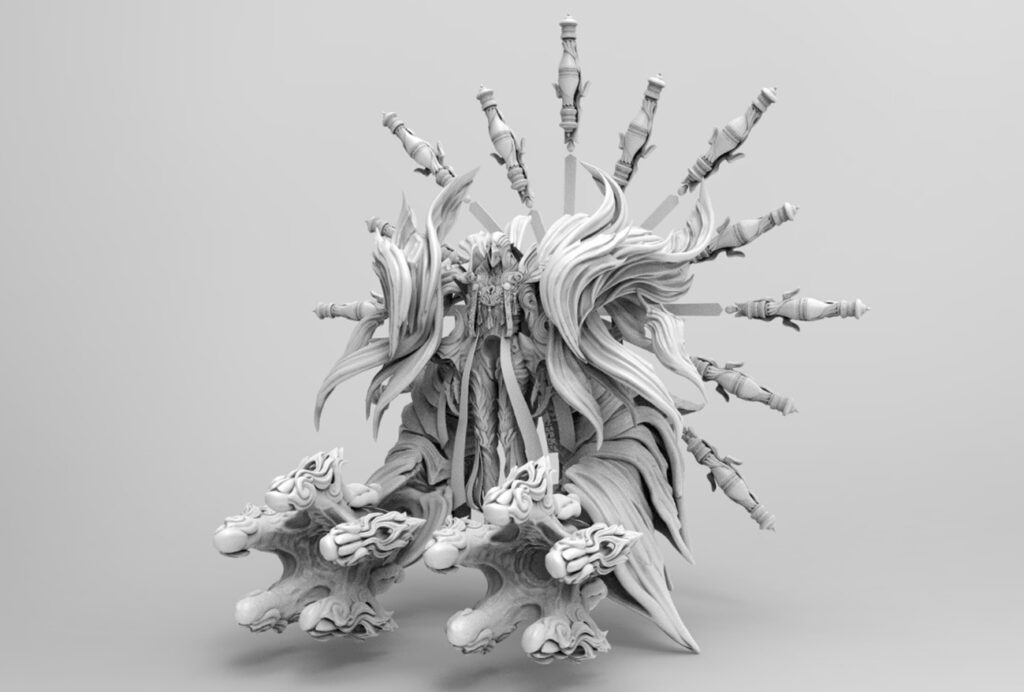 Singularity Balance high-poly model data
The sculpt was created by Masahiro Mune and the finishing was handled by Ajay Panday. 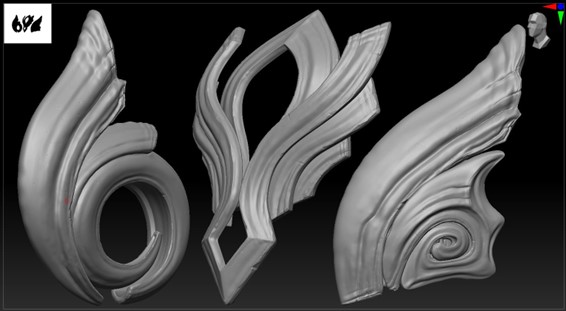 Close-ups of the white armored sections.
These are meant to be a shell-like material.

So what do you think so far?

You’re seeing the models in their high polygon states, as they are made up of tens of millions of polygons.
In order for them to be able to move properly in the game, we need to get the texture map applied to just tens of thousands of polygons. This simplification is an arduous process and how well it’s executed has a massive effect on the visuals of the final game.

Being resourceful with time is another important but difficult aspect of the whole process.

As you may be able to tell, the Homunculi are made up of a variety of materials.
Including all of these without losing quality was quite the challenge.
I narrowed down the number of components that made up the homunculi, and I reused them in order to increase bulk while preserving the overall quality.
These kinds of crafty cheats can really help with efficiency. 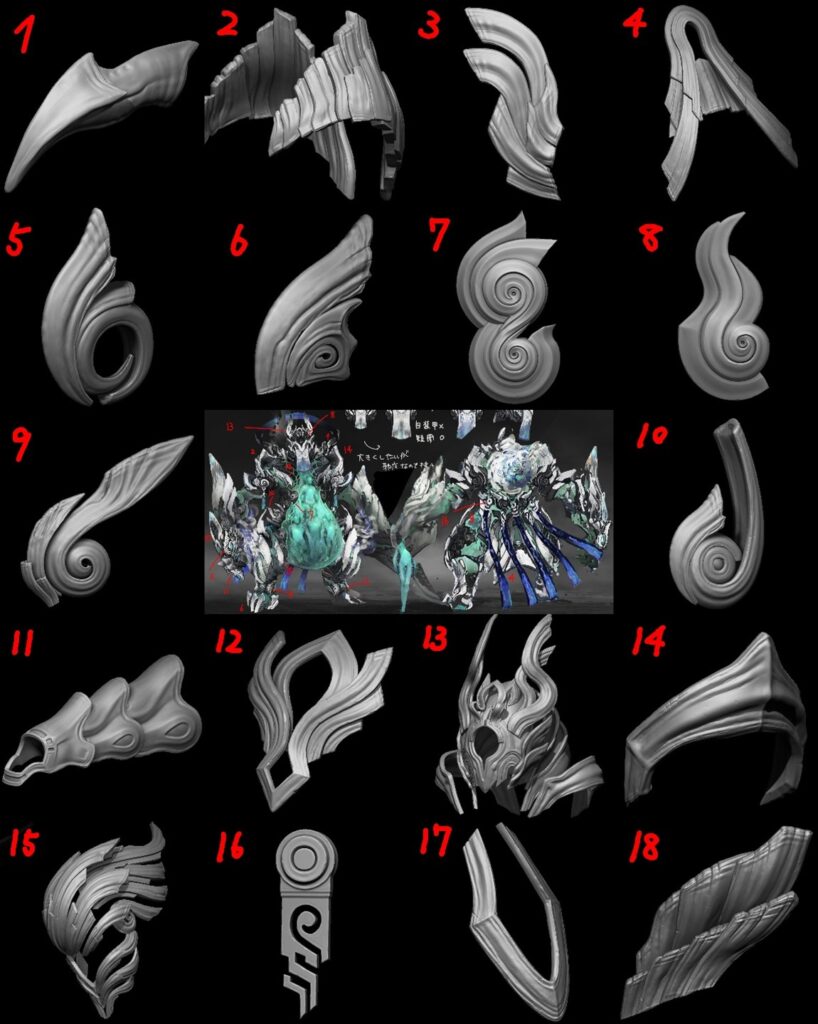 These parts were designed so that they could also be used for other varieties of Homunculi.

Next up, I’ll show you something that I had particular trouble with.
Have you noticed that there appear to be some Homunculi inside the Floccus’s midsection?
During the design stage I actually did use individual models for each Homunculus, but all those individual models would put a strain on the system in the game itself. 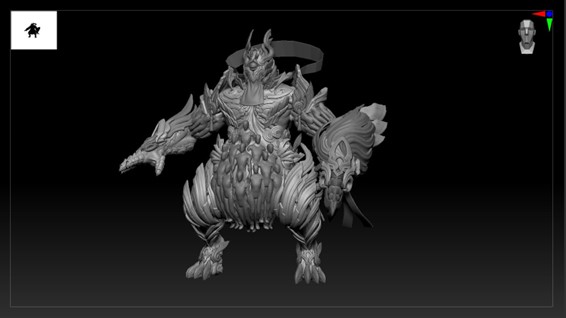 Floccus with individual Strati layered on the midsection

In the game itself, these are actually a texture with shading to make it seem like there are individual Homunculi in there.

There are other Homunculi in the game than the ones shown here.
The final result was possible thanks to a lot of trial-and-error and the hard work of a whole team of people.
The huge volume of work was certainly difficult, but as a character modeler I have to say it was fulfilling work.

Although some time has passed since the release of Bayonetta 3, I hope you’ll feel like picking up and playing the game.