This is Naoto Tanaka, music director for Metal Gear Rising: Revengeance. Rising’s soundtrack is going to be released alongside the game, and I can’t wait for both. For this entry, I’d like to talk about the music we made for the game.

The Metal Gear series was one of the first games to adopt Hollywood-style production methods. The soundtracks for these games are like something out of a movie; one of the reasons why the experience is so immersive. For Rising, we went to Jamie Christoperson, another composer who who just happens to reside in the apex of the movie making world.

Listen to the Tokyo Game Show trailer and I think you’ll be able to hear how talented he is:

Those who have played the demo might also remember the music that played in the town or on the coastline. Jamie made unique pieces for this scene using traditional instruments from Abkhazia, a country facing the Black Sea, and the setting for this chapter.

For the battle scenes, a pivotal part of any action game, I decided to the game needed to switch gears from movie soundtracks to metal. Jamie was able to find a powerful ally to join our music production team: Logan Mader, original guitarist for the metal band Machine Head. I’m not especially well-versed in metal myself, but I know the name Machine Head, and I think his cooperation in the game’s music might come as a surprise to a few metal fans.

So don’t just expect Hollywood-style cinematic tracks; Rising also comes with enough metal (complete songs, with lyrics and vocals) to fill an entire CD. I think the vocal songs are powerful and add to the appeal of the game.

At this point, we were sure the game had a solid soundtrack, but we wanted to take the metal tracks a step further. We decided to remix the vocal tracks to make them really fit the game.

One of the artists we came across was a dubstep outfit known as the Maniac Agenda. Their ability to intelligently remix metal tracks, coupled with their love for video games, made them perfect for the project. If you ever listen to their original material, you’ll see that it doesn’t stray that far from the sound of their Rising remixes.

I also decided to have some remixes handled internally at PG as well. Akira Takizawa, a member of our sound team, was who I tapped, as I knew he’d be perfect for the job. One of his remixes, which you can hear during the fight with LQ-84i, has already received praise from those who’ve tried the demo. While the game isn’t out yet, those positive comments have put me at ease.

As you can see, the music of Rising couldn’t have been possible with just one person. It was a team effort, and each member’s unique style came together to create the music of the game.

Finally, a bit about the soundtrack CD themselves. There are two different CD releases scheduled. The first is the Metal Gear Rising OST, part of the limited edition package, which features the instrumental tracks from the game. The second CD is called “Metal Gear Rising: Revengeance Vocal Tracks,” which like its name implies, features all the vocal tracks from the game. The contents of both CDs have no overlap, so only by getting both soundtracks will you be able to complete a full collection of music from the game. I’m sorry if this is sounding like a sales pitch, but I wanted to make sure fans aren’t misled by the multiple packages and make the right purchases. There are plenty of times that a lack of information has led me to purchase the wrong soundtrack myself. 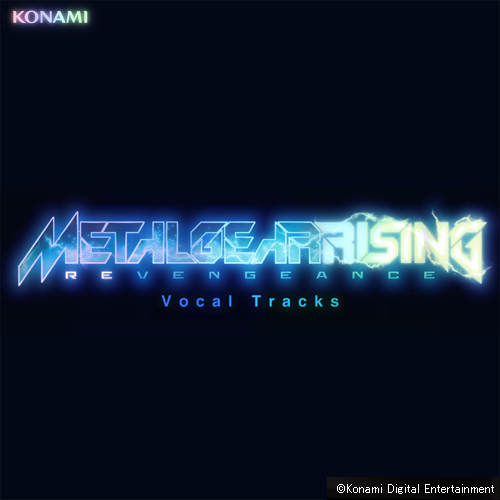 I hope you enjoy the game’s music and, of course, the game itself! Nothing would make me happier as a composer.