For this blog I’d like to talk about our creative process behind all the character models of Bayonetta 2. Read on to see how it works. 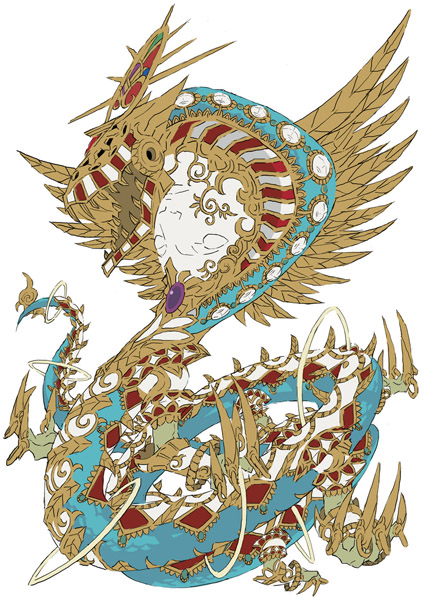 Here is a piece of concept art.

Bayonetta’s well known enemy, an angel. Seems pretty twisty and curvy, right? Must be a snake or a dragon or something. Okay, let’s see what we can do with it. 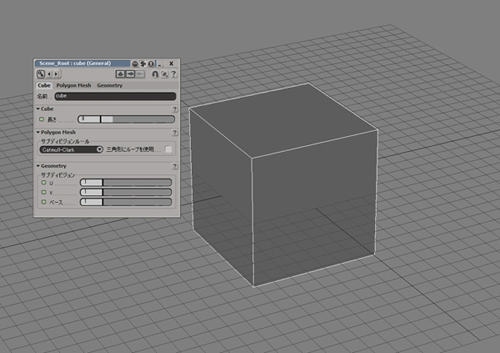 Chop it up a bit, give it some shape… 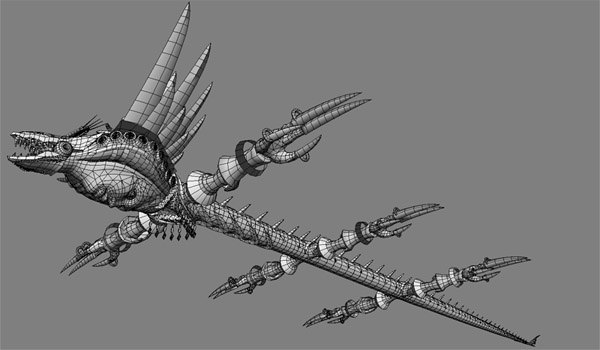 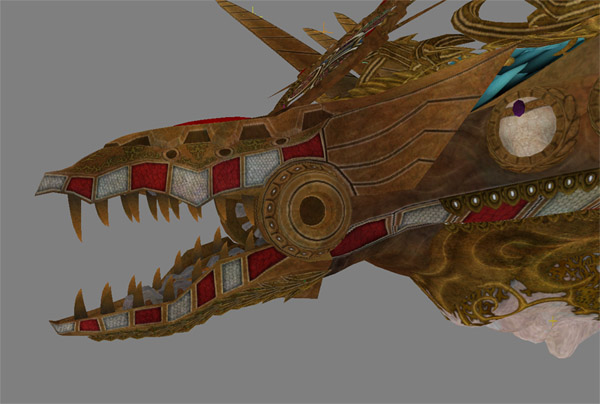 And we’re done! Easy as drawing an owl, right? 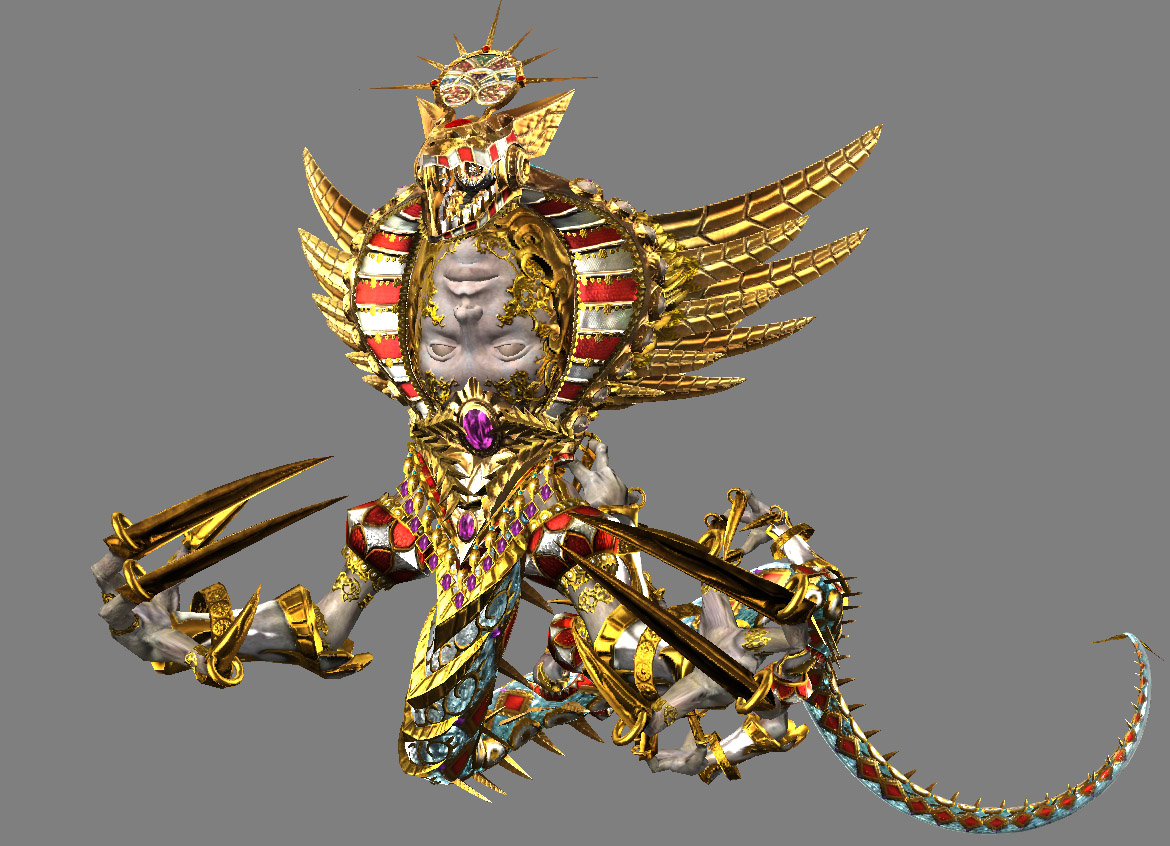 Okay, let’s rewind a sec, back to the start.

So, when you make something, not just for a game, but anything, you need some kind of direction in your process. When you’re making a 3D model for a game, your direction is usually provided by concept art. Because, first, you have to know what it looks like, right? Different projects will have varying levels of detail for their concept art, but, well, as long as you have one, you can start putting a model together, I guess. So, what exactly does “put together” mean?

I mean, even if you have a still image, there’s a lot of work left to be done. This character is an enemy, so it has to fulfill the role of being a THREAT to the player. So first of all, we have to make it MOVE. All we have is this piece of concept art. From that one image, we have to decide each movement, each attack the enemy can make. This means that part of the model designer’s job is to really understand the minute details of the enemy they are creating. Since it’s snake-like, it’ll probably slink around. Since it’s got wings, obviously it can fly. Does it chomp at the player? Maybe spit something at them? Also, this thing has two faces. Which is the real one? How does it make its appearance in the game, what is its personality, is it male, female…???

Initially, I see what I can come up with by myself.

After we’ve deliberated by ourselves for a bit, next we go and ask other people on the team. Specifically, we ask the game director, and the game designer and character designer of the monster.

Before concept art is completed, the intentions of the director have to be reflected, and the game designer has to decide on the monster’s specs.. All this is worked into the concept. So, by the time it reaches my hands, it’s already passed through a few departments.

Now, if I want to know what this monster’s all about, I suppose the best person to ask is the guy who made it. Fortunately, in Bayonetta 2, the guy who did the monster designs also happens to be the director: Yusuke Hashimoto. As the artist, he obviously also thinks about how each character is going to behave. So he’s basically the director, game designer, and character designer all in one.

Sweet! That makes my life a lot easier!

Step 3: Use your own creativity

Here’s what I got out of my conversation with Hashimoto.

This is a “dragon angel.”

The face on its chest is its real face.

Technically, angels don’t have sexes, but from its personality, and the look of the face on its chest, it seems feminine.

Now, what kind of textures would this monster have? A monster, of course, is a fictional creature, but when we create it, we have to build it using materials based on what you would find in the real world. The key features that play into this enemy’s texture are the jewel-like scales embroidered all over its body, and the gold skin shared across all angel designs.

Now that I’ve asked around and gotten a feel for the enemy, I think I’m ready to start making him. But wait!! There’s a problem we haven’t addressed yet. What are we going to do about the parts of the enemy we can’t see on the concept art. Sometimes you’ll get concept art that has every inch of the enemy covered, and you can just copy it as-is, but not this time. Where’s its back? What’s the inside of its mouth look like? Guess I’ll have to figure it out myself! This small piece of creative freedom is one part of being a model designer that I love. There are a lot of staff from the original Bayonetta team that I’m sure could have finished the entire drawing for me, but instead, they gave me my own space to play with. So I will!

Step 4: Making a game is a team effort

As character design usually has to pass through the director, game designers, and concept artists before it reaches me, after I create a model for it, animators have to give it motion, effect designers have to create effects for its attacks, sound designers have to give it sound effects, and programmers have to program it into the game. What I’m trying to say is, the process I’m involved in is only one small element of the game’s production, and yet if I mess up anything during my process, the entire game will suffer from it. So you can’t just toy around. You have to consider the other legs of the team.

After I’ve finished the model, I pass it along to the animators to give it movement.

That means I have to give my model a skeletal structure so it can move in the first place. Also, there’s a limit to how many bones I’m allowed to include in my model, due to technical limitations, and so on. So I grab the animator and discuss where I need to allot the model’s bones. When I make a model, I have to think about the people who will use it after me, the machine limitations, and my deadline. 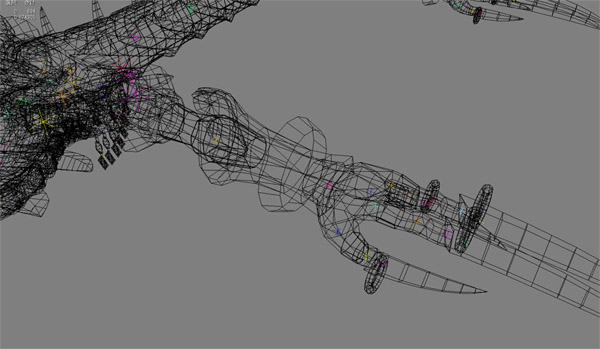 By the way, considering it can use a kind of energy-like breath attack (Ice Breath) and likes gulping down its enemies, I gave the inside of its mouth this kind of mech feel, and I gave a lot of depth to the center, so that it seems like you’ll get swallowed right into the abyss. 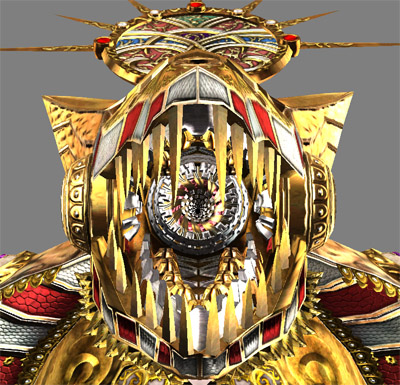 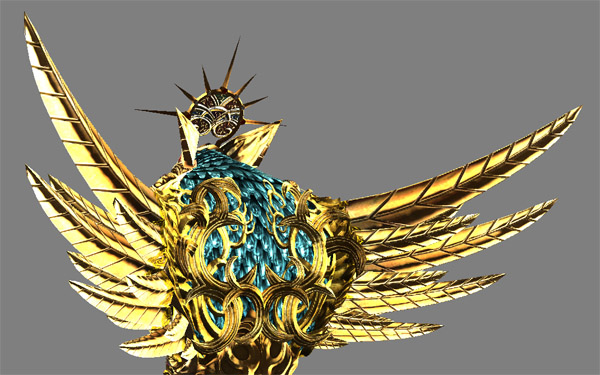 Or at least, you think it is, but sometimes it doesn’t work exactly how it’s supposed to. In these situations, it might get sent back.

Hey, you again! Long time no see! Sure let’s fix you up a bit…

Anyway, that’s about it!

In conclusion, we learned a lot about model design today, so please forget all of it. Don’t think about the swan’s legs paddling furiously beneath the water’s surface. Just enjoy the way it seems to glide angelically across the lake. What I mean to say is, just enjoy how fun the game is! Don’t sweat the small stuff. Have fun with Bayonetta 2! See you again!