How’s everyone enjoying the game?

The game has already been out in the west for two weeks, so now I’m getting bombarded with messages from all sides of the globe! Thanks so much, everyone!

I’m writing a special blog this time to introduce some of the storyboards I wrote for the game. Let’s give one scene a look: 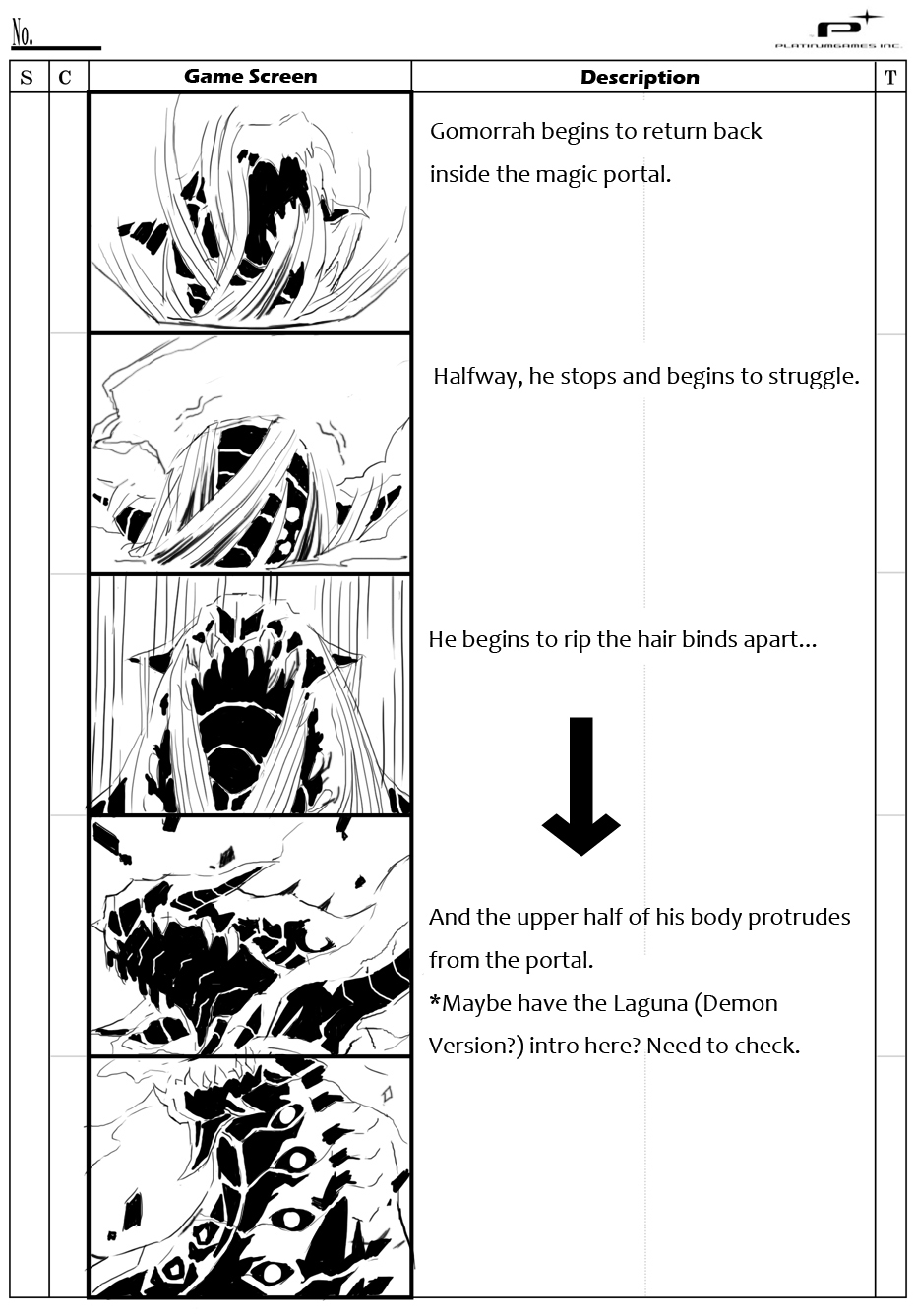 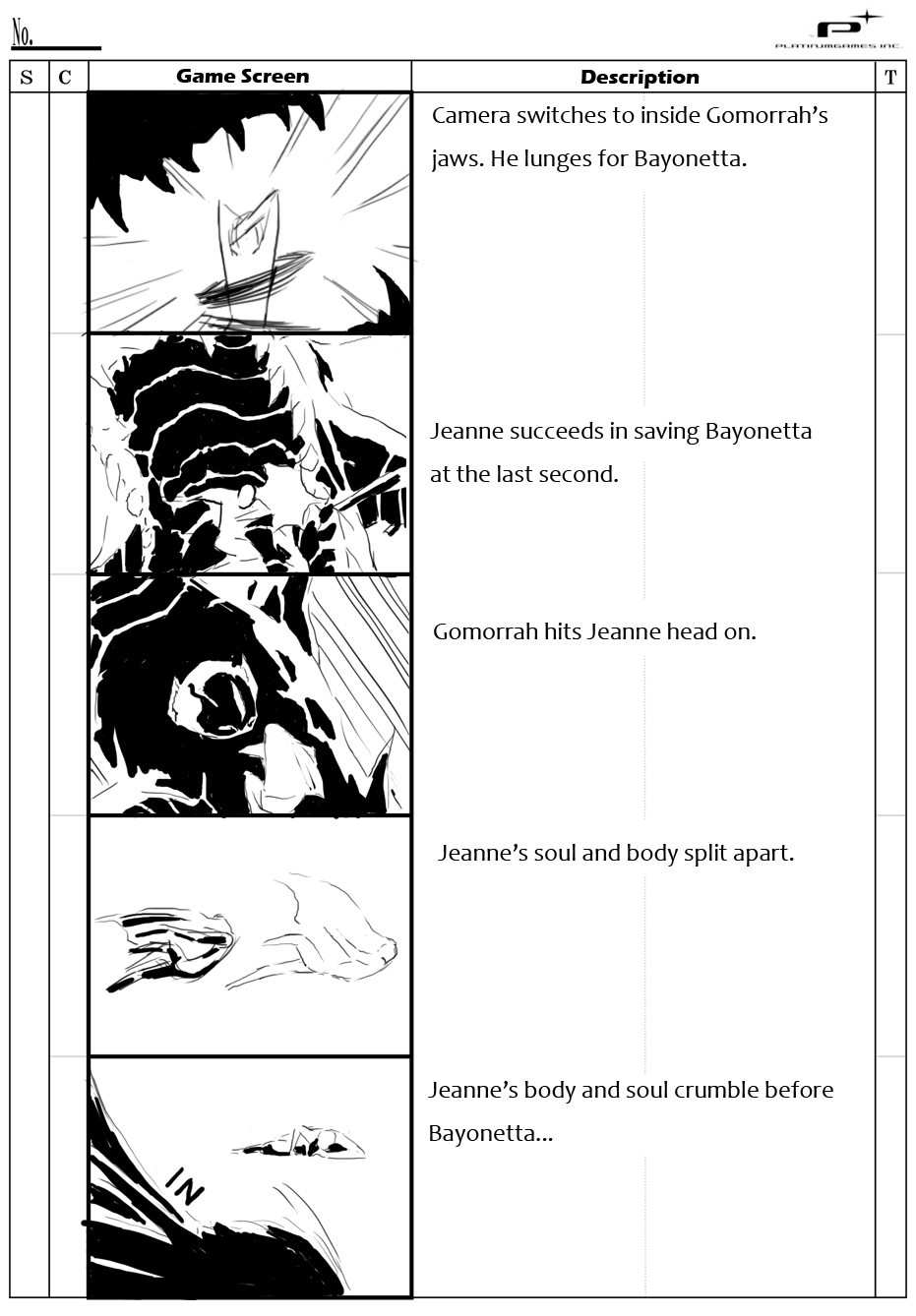 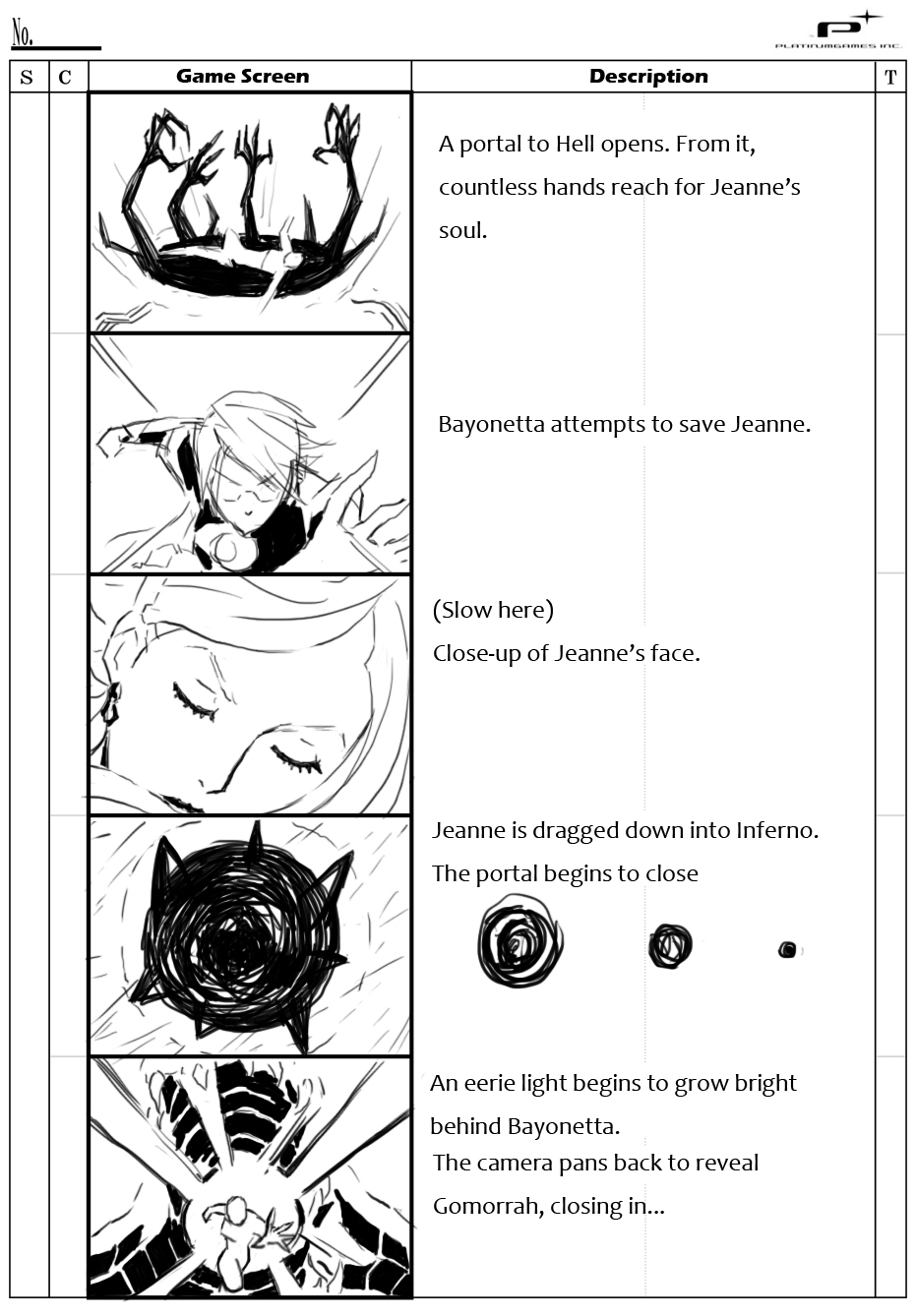 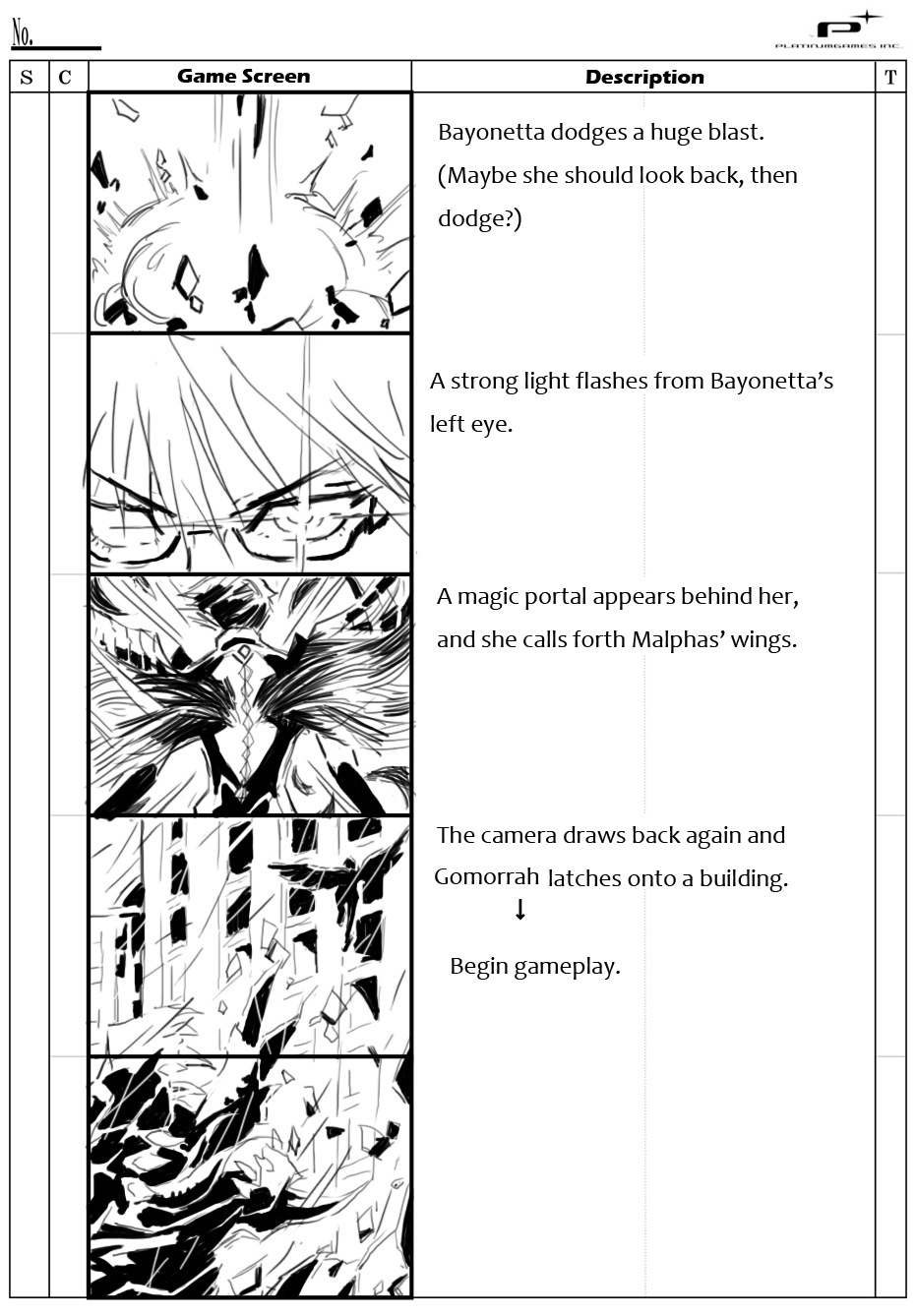 These are the storyboards for the Gomorrah boss battle at the beginning of the game.

I drew them after it was decided that we were going to have a playable demo at Nintendo’s booth for E3, the first actual footage of the game to be shown to the public. Only, we hadn’t done any voice recording at this time, so I was a little curious as to how things were going to come together.

This is a video recorded for IGN Live. The playable portion consisted of three parts: the jet battle, train battle, and then the Gomorrah fight. We designed each scene so transitions would require as little dialogue as possible.

Sometime after E3, we eventually finished voice recording and went back and worked voice back into the scenes. Might be pretty interesting to watch them back to back and see how they differ.

I now realize that doing these first storyboards for E3 helped us figure out some key parts of the game, such as how bosses should be introduced, and how to move from one part of the game to the next at a pace that doesn’t hurt the action.