Hi, everyone! I’m Misaki Shindo, the lead sound designer for NieR:Automata. As a lead sound designer, I played a lot of roles – from creating and implementing sound effects to handling overall sound direction for the game. I’d like to tell you about some of the work that went into creating NieR:Automata’s sound effects, but first, let me back up to about a month ago.

From August 30 to September 1, I attended CEDEC – the Computer Entertainment Developer’s Conference, an annual convention for the Japanese game industry. Now, this wasn’t my first CEDEC. In years past, I’ve always gone as a regular attendee, taking in other people’s presentations and reaping the benefits of their knowledge. But this time was different. This year, I had the honor of joining PG audio programmer Shuji Kohata in presenting a session of our own! We were given the opportunity to talk about the technology we used to create NieR:Automata’s sense of acoustic space.

Our presentation has roots reaching back three years ago, to CEDEC 2014. That year, I caught several fantastic and inspiring sessions from big-name sound teams. But along with that inspiration, I also felt a sort of chagrin. I turned to Kohata, who was there with me, and told him, “We’ve got to pack NieR:Automata with the most interesting techniques that we can. We’ve got to do something we could present at CEDEC!” We vowed to earn ourselves a turn at the podium.

Take that initial goal, and add three years of effort and aspiration, and you can imagine how emotional it was for me to present!

Kohata and I got down to the nitty-gritty of our techniques at CEDEC, but today I’d like to give you all a look at a different side of the sound design process. Please allow me to introduce the studio where we recorded the sound effects for NieR:Automata’s cutscenes! Making cinematic sound effects is tough work, but we didn’t have to go it alone – we had help from friends at Square Enix and the beBlue sound studio.

So without further ado, let’s take a trip to the Toei Digital Center, where the foley recording for NieR:Automata’s cutscenes took place. Foley is the process of reproducing and recording all sorts of sounds to match the action you see on-screen. When you hear footsteps through sand, or clothes rustling as a character walks, or something crashing to the ground, that’s foley! Foley is a vital part of making a cinematic scene believable.

Much of NieR:Automata’s foley went into the sounds of 2B and 9S’s footsteps and the rustling of their clothing, as well as the machine lifeforms’ unique movement sounds. 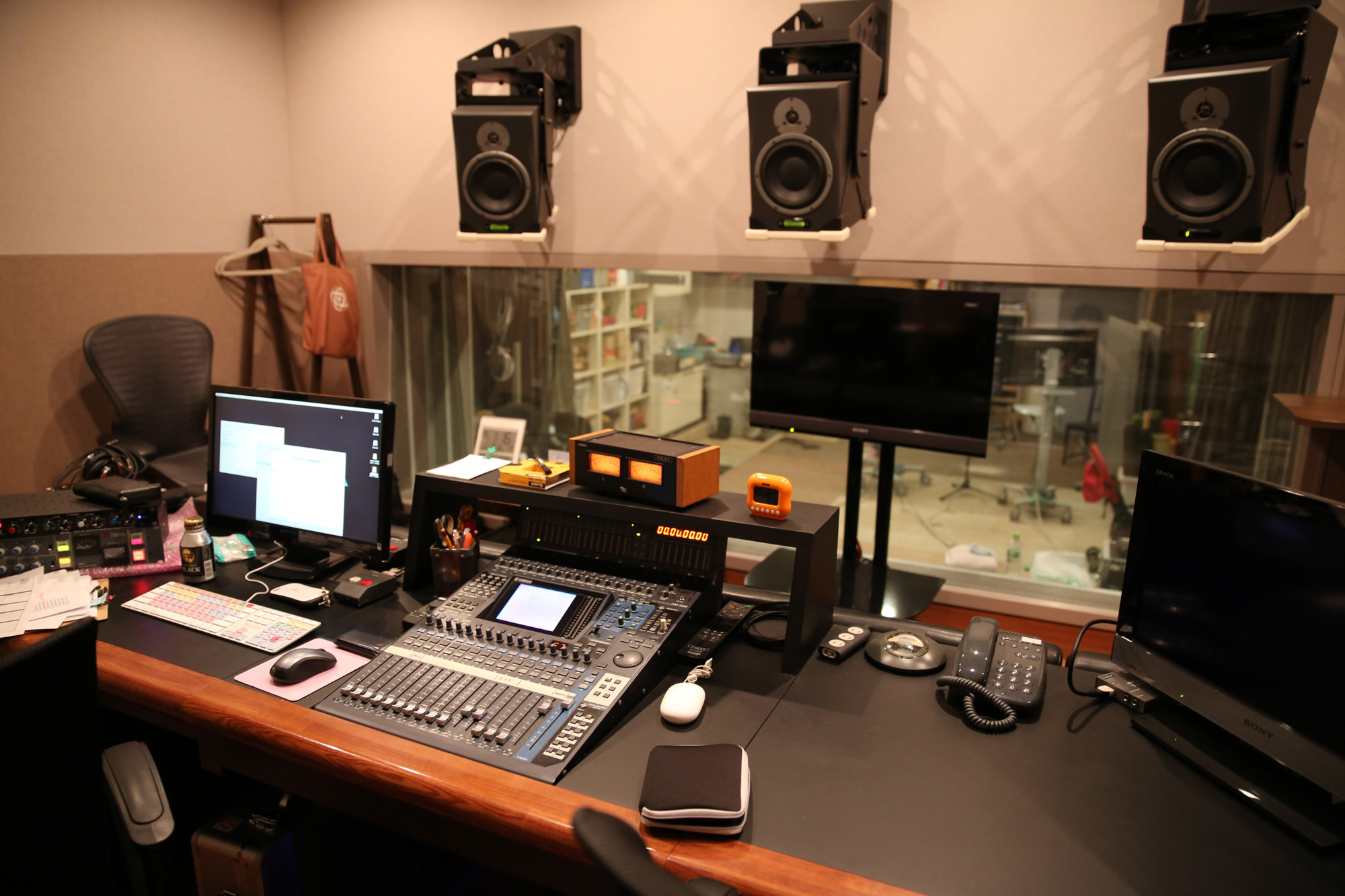 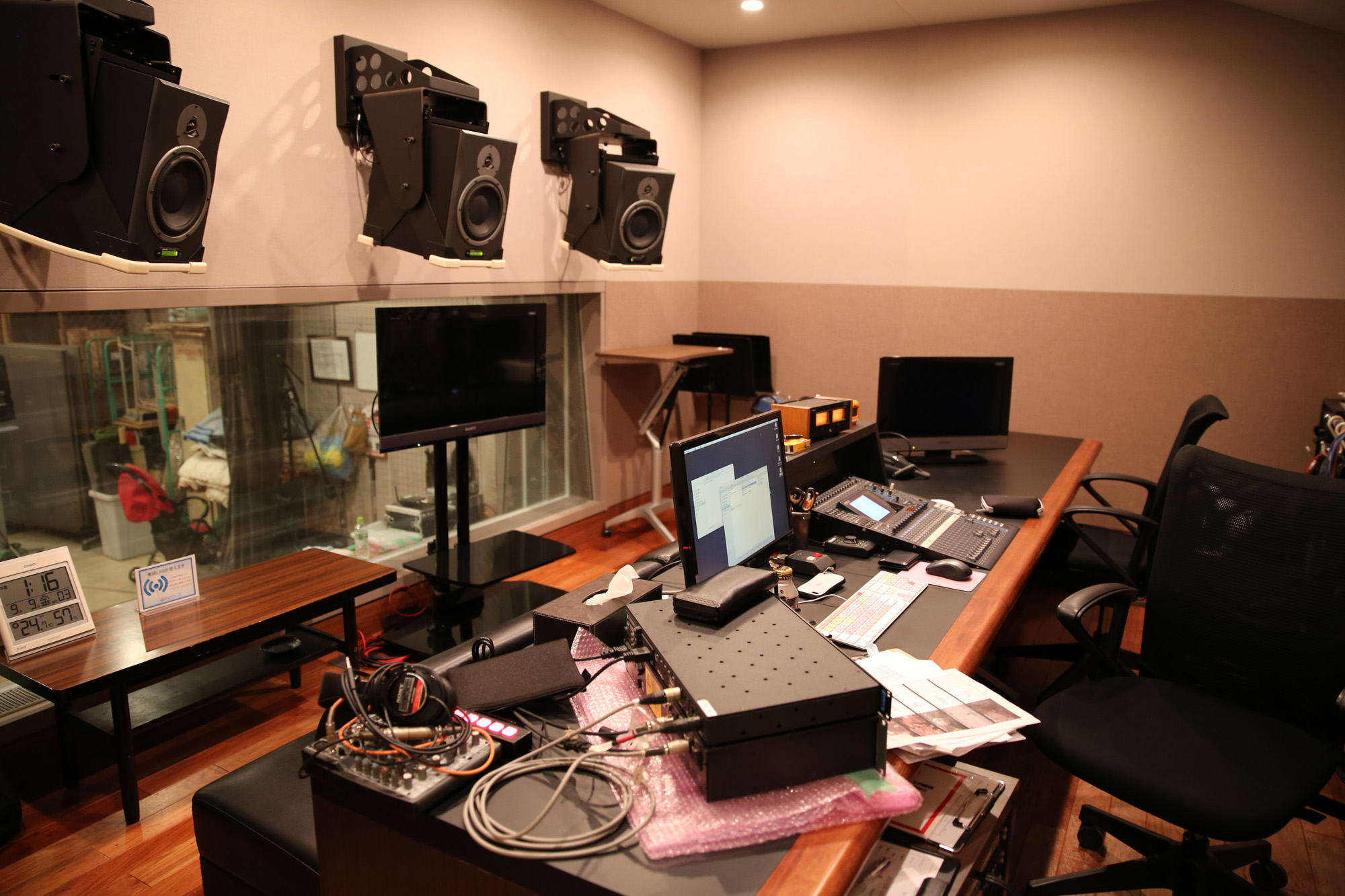 This is the control booth. Kazuhiro Hosoe from Square Enix listened to everything we did from this seat, giving each recording the OK or offering detailed suggestions for corrections. Look through the window and you can see the recording booth, equipped with props and different types of flooring. 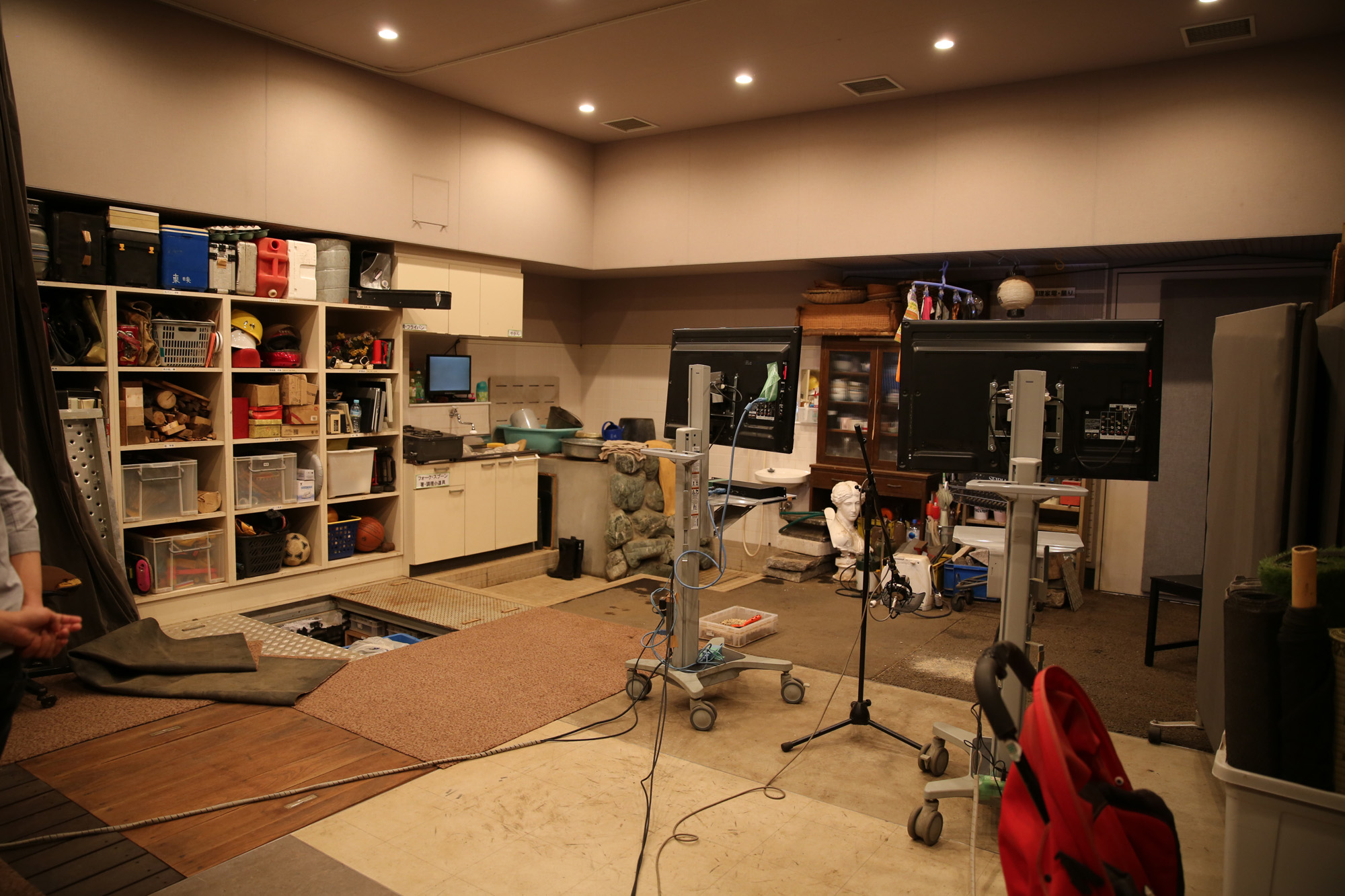 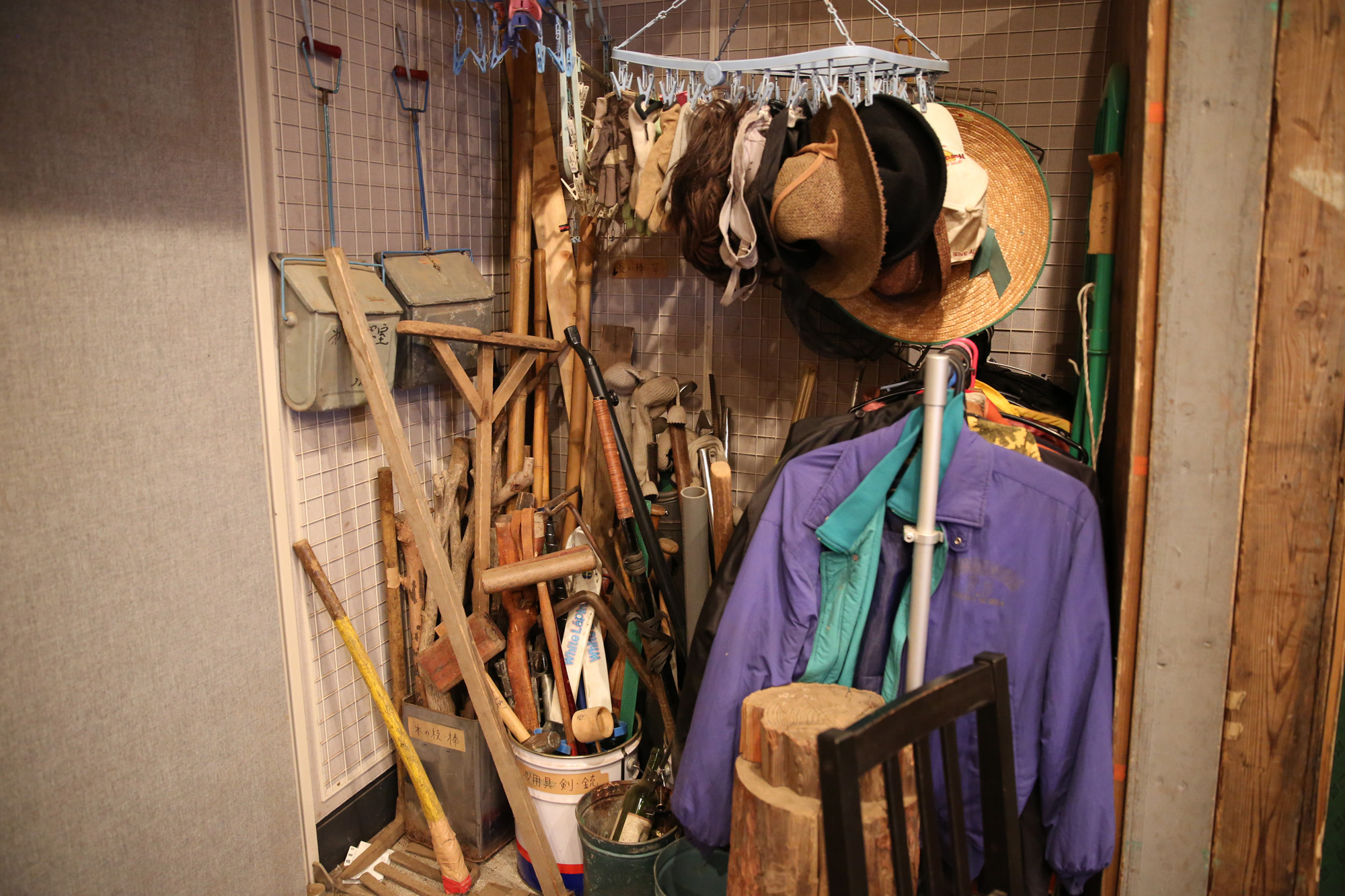 Here’s the recording booth itself. It’s packed with all sorts of objects, each one full of potential sounds. From all these supplies, we choose the ones that seem like they’d match the scene we’re recording. Then the fun starts. We beat, scrape and twirl these props until we find the ideal sound. There were a few objects even a seasoned sound designer like myself couldn’t imagine uses for. 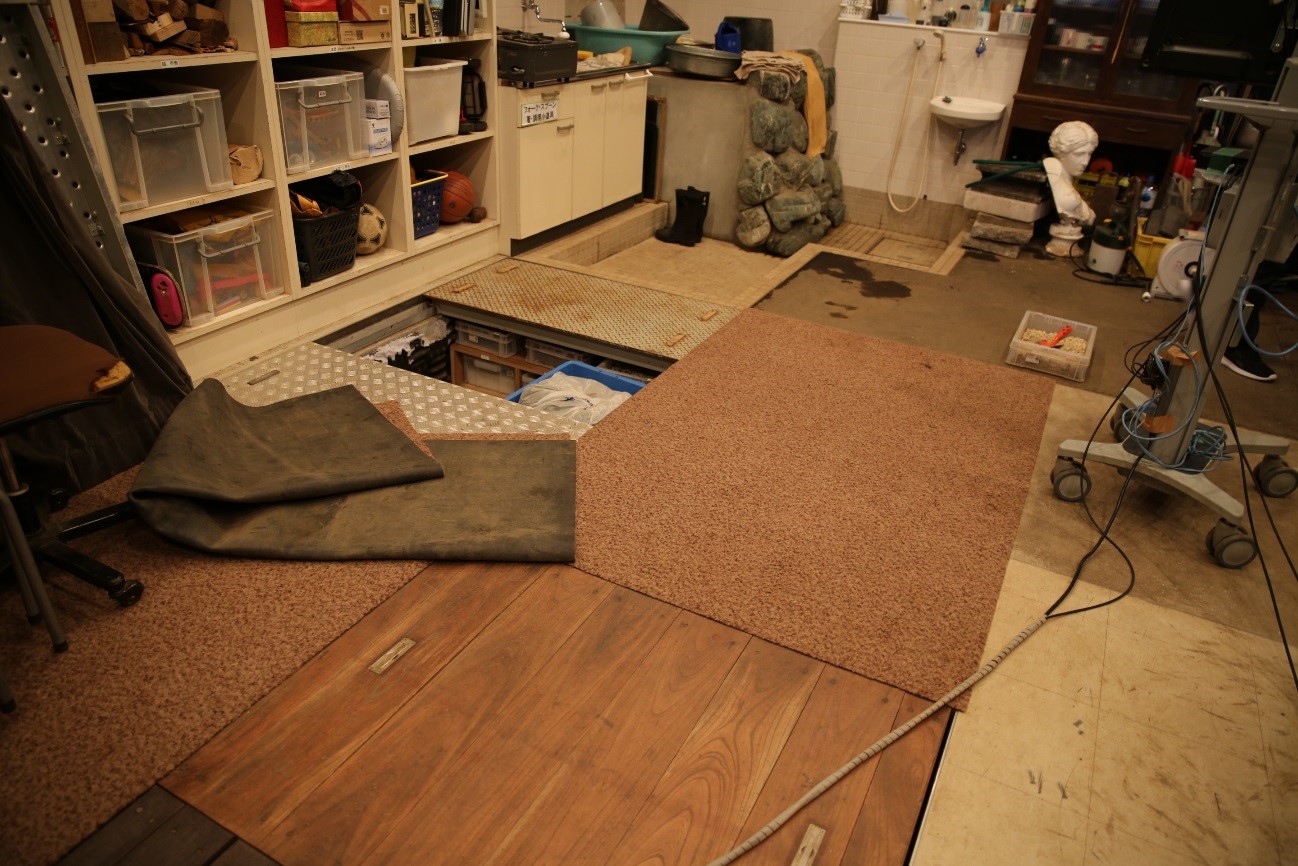 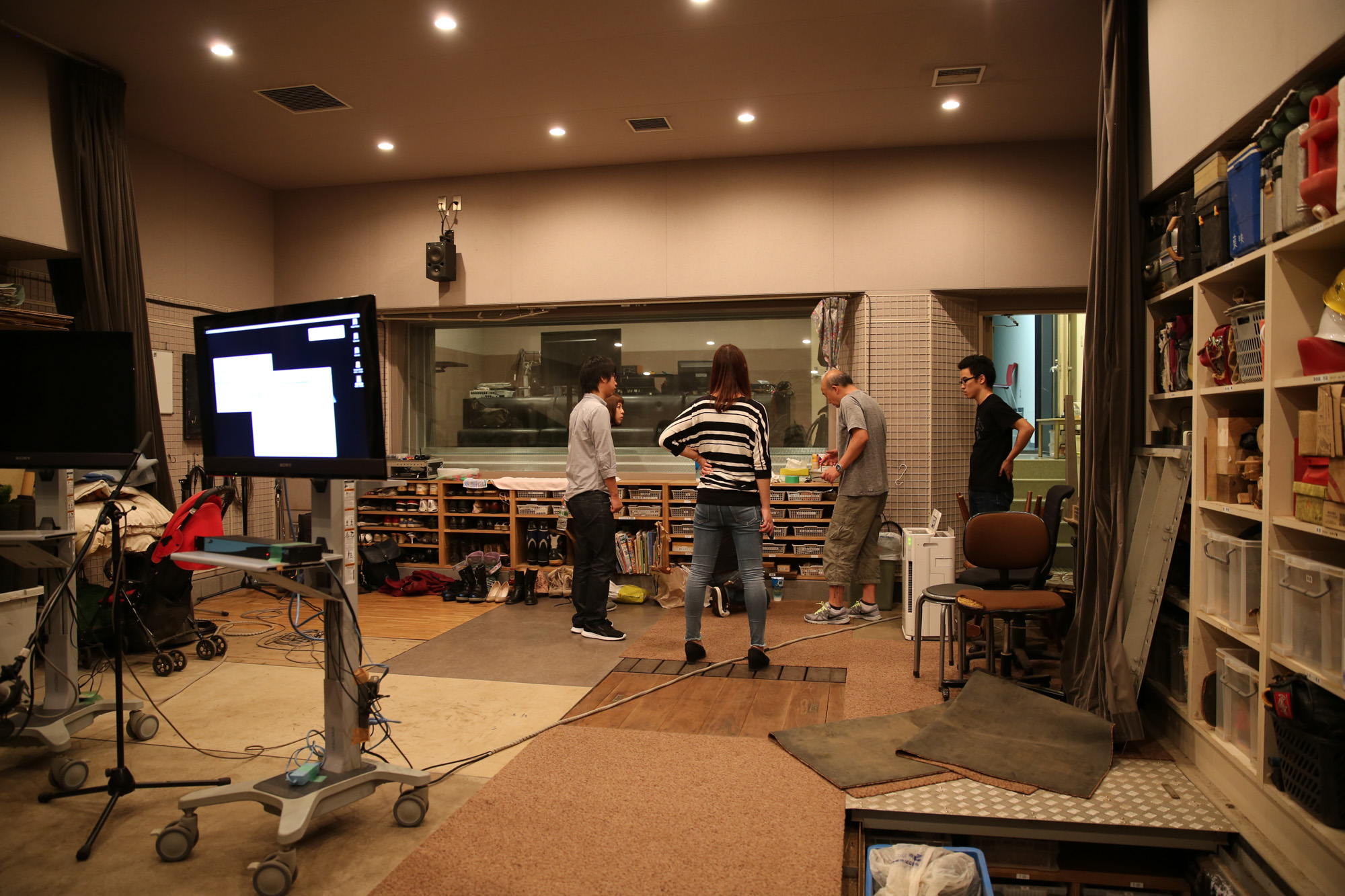 Even with all these props at our disposal, there were some sounds that called for a little extra ingenuity. In this picture, we’re brainstorming ways to make a certain effect – which object would give us the sound that best suits the action? As the cutscene in question played on the monitors in front of us, we tried out all sorts of sounds, looking for the perfect one. 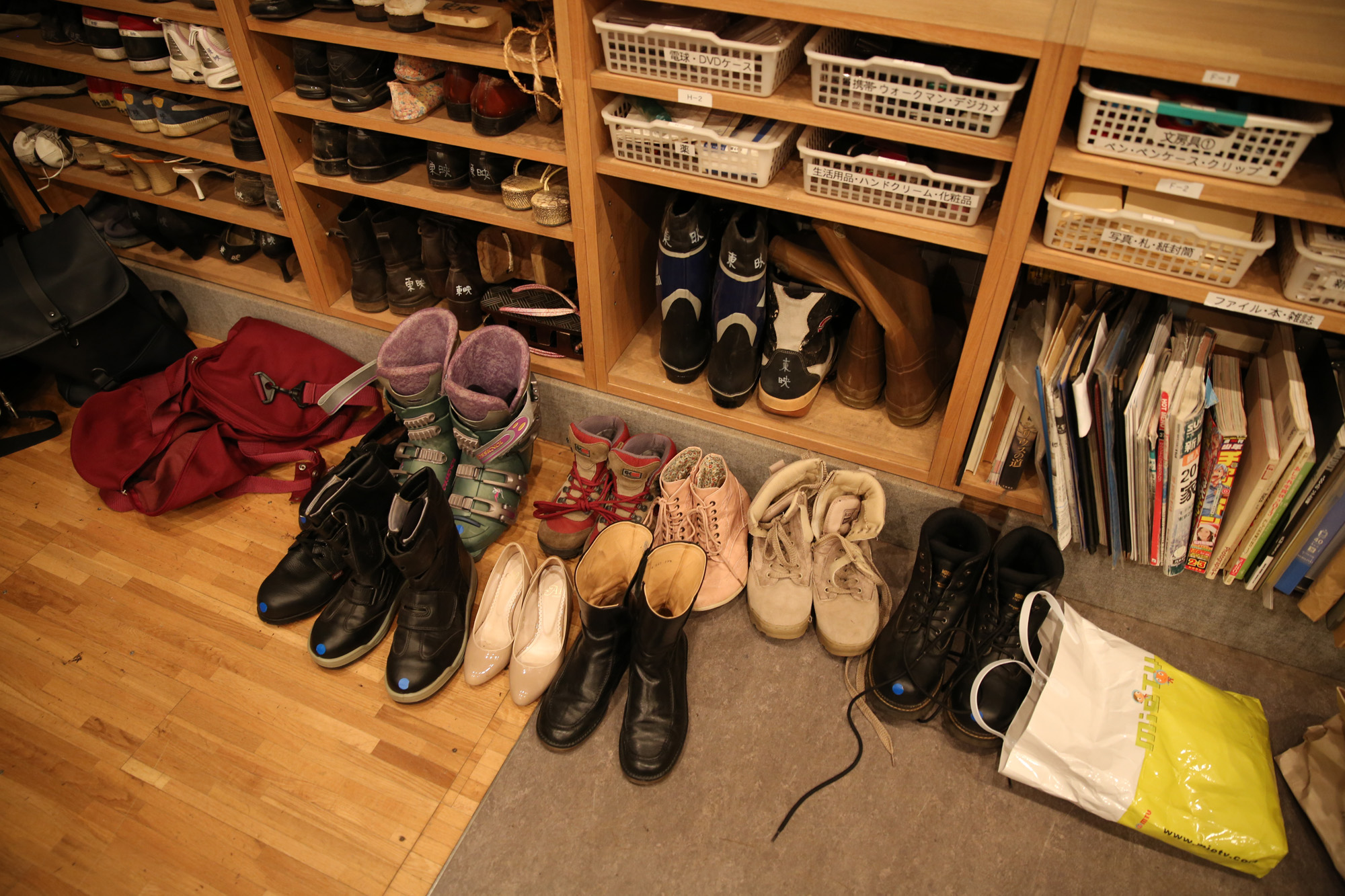 Different types and sizes of shoe were on hand for footstep sounds. 2B and 9S’s footsteps were made using some of these shoes! We originally recorded them for use in cutscenes, but some of those recordings were also used for in-game situations. After all, it would sound pretty unnatural if 2B’s footsteps suddenly changed when the game went to cutscene. 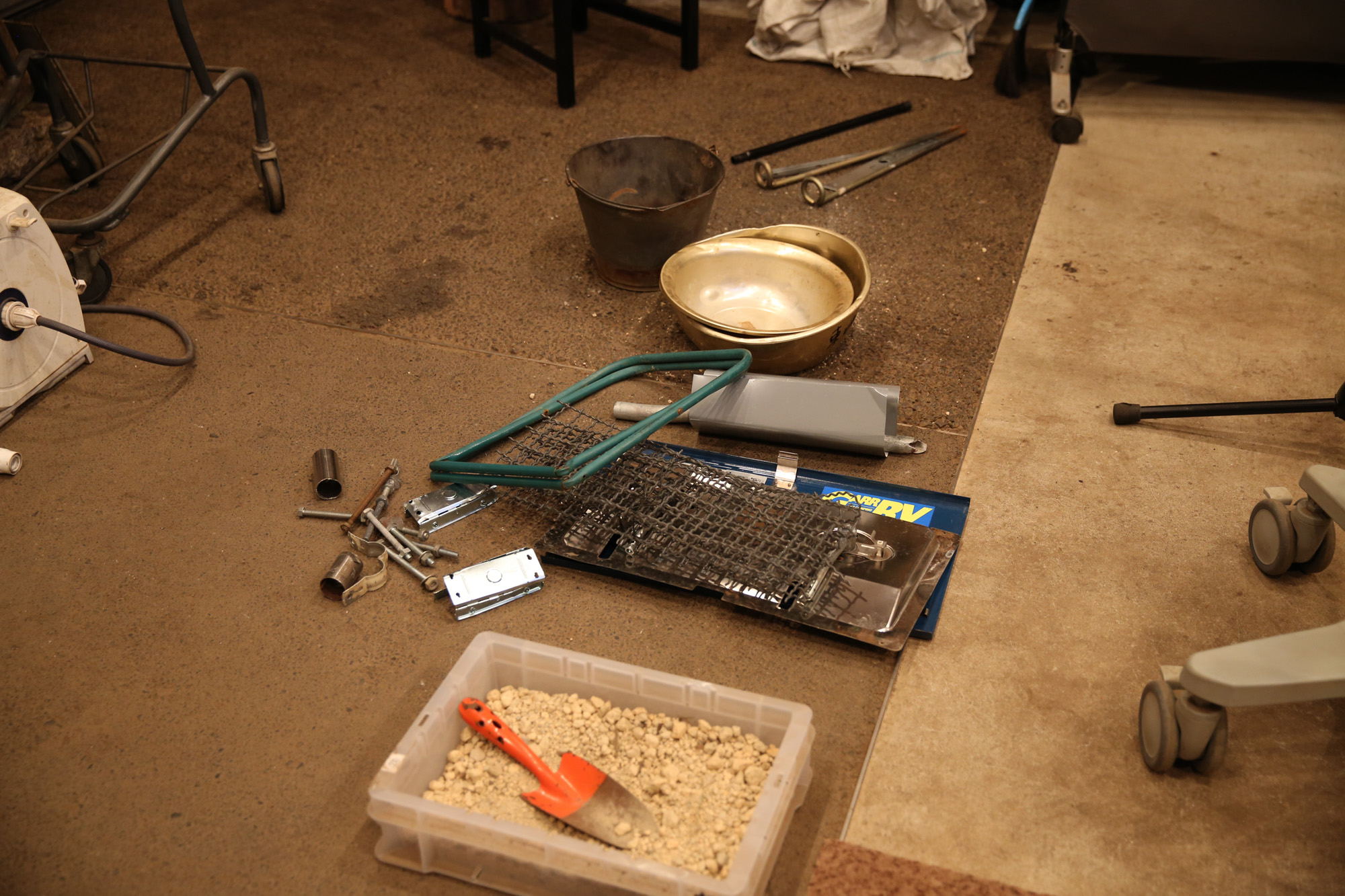 The machine lifeforms of NieR:Automata rattle and creak like old machinery when they move. Here are a few of the objects we used to make those sounds. All of these objects came from the studio’s extensive library of junk! Listen closely to this video clip and try to imagine us using these odds and ends: 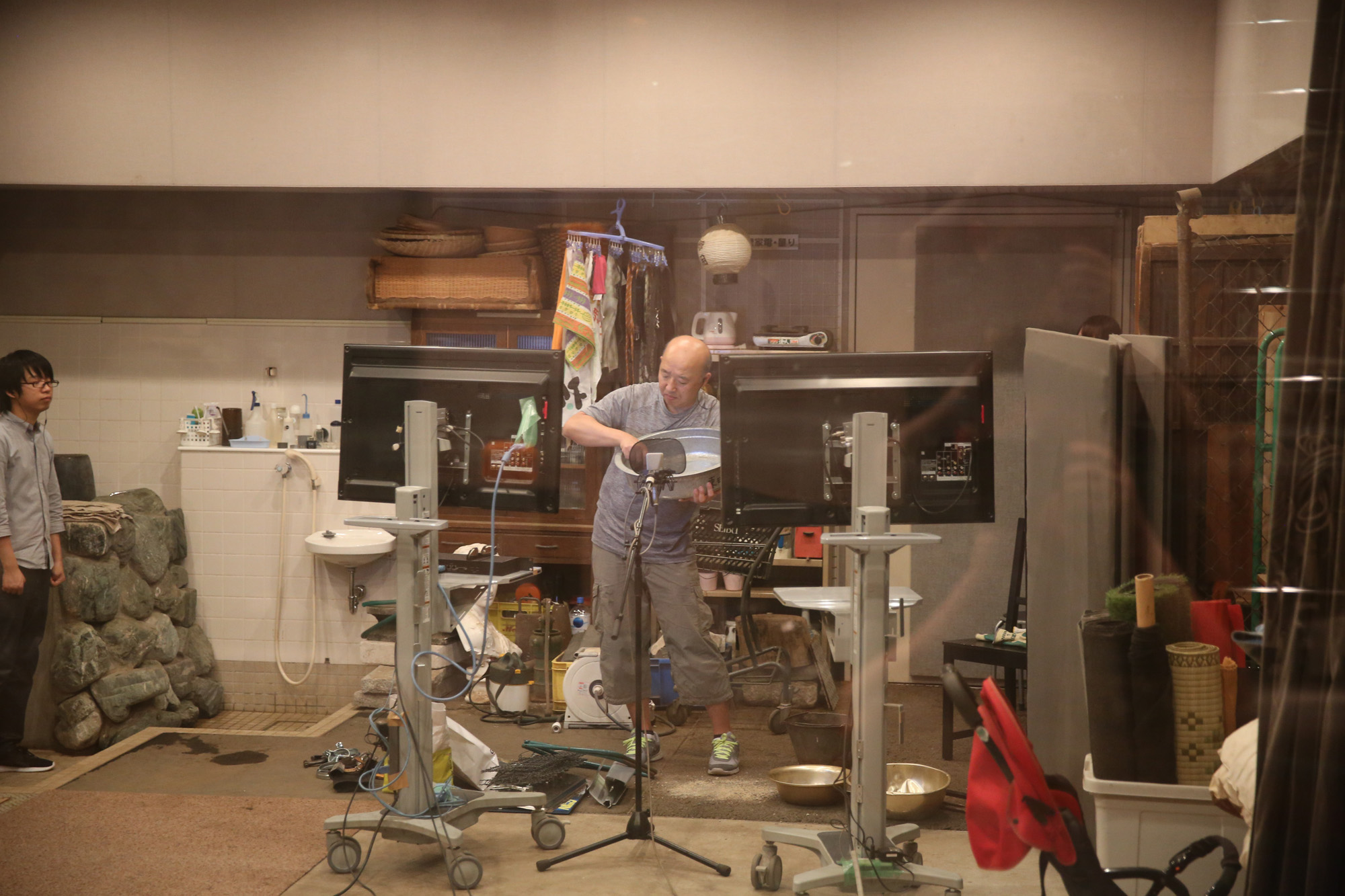 Here’s Kazutaka Someya from beBlue making machine lifeform sounds! Mr. Someya is not only an extremely knowledgeable foley artist, he’s also pretty strong! That comes in handy when he needs to pound on an iron washbasin… 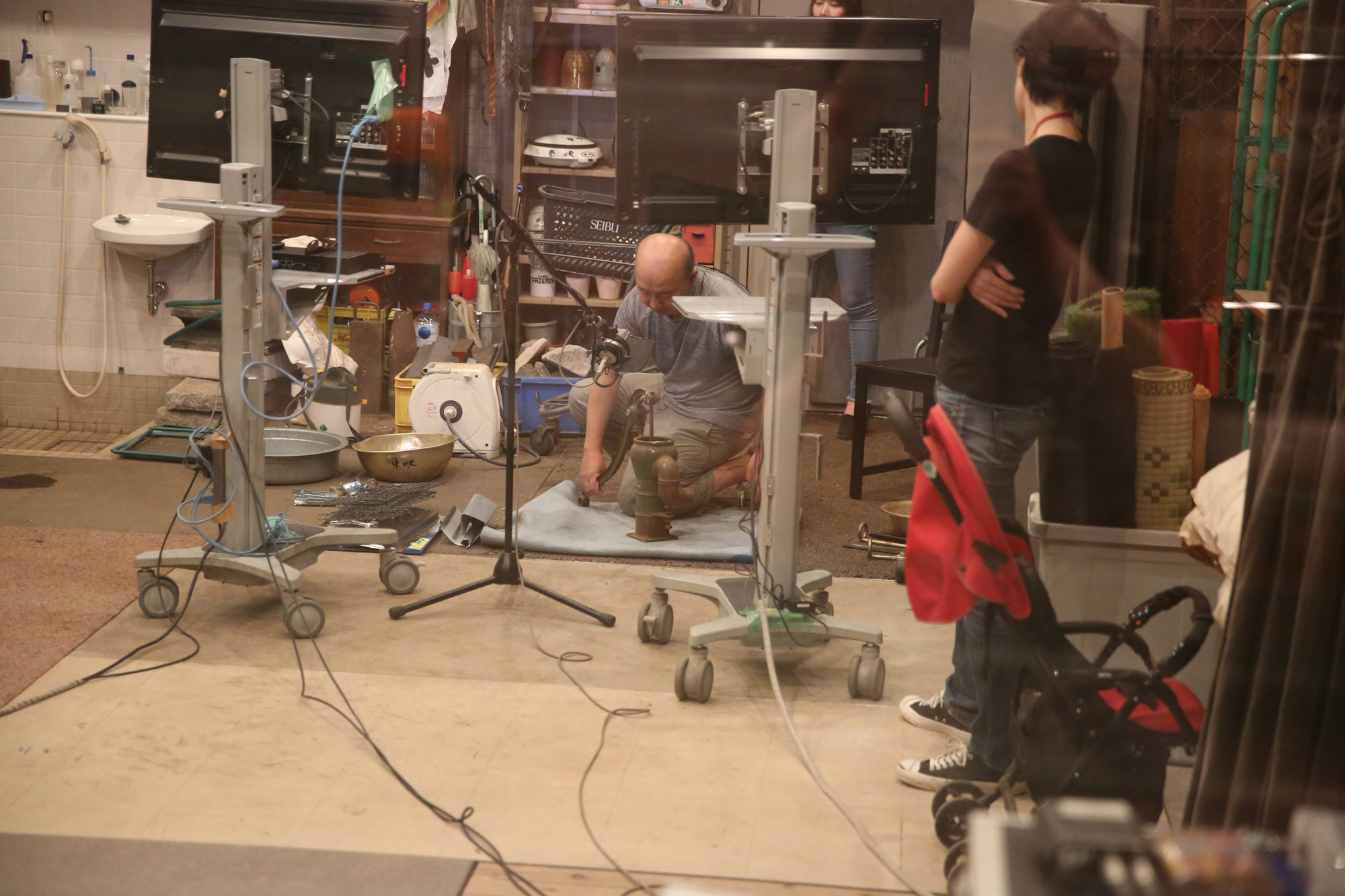 …or crank an old metal water pump over and over again. The rusty, scraping sound you get from an object like this can make you a little uncomfortable, but there’s also something really familiar – almost comforting – in it. Just like the machine lifeforms, right? 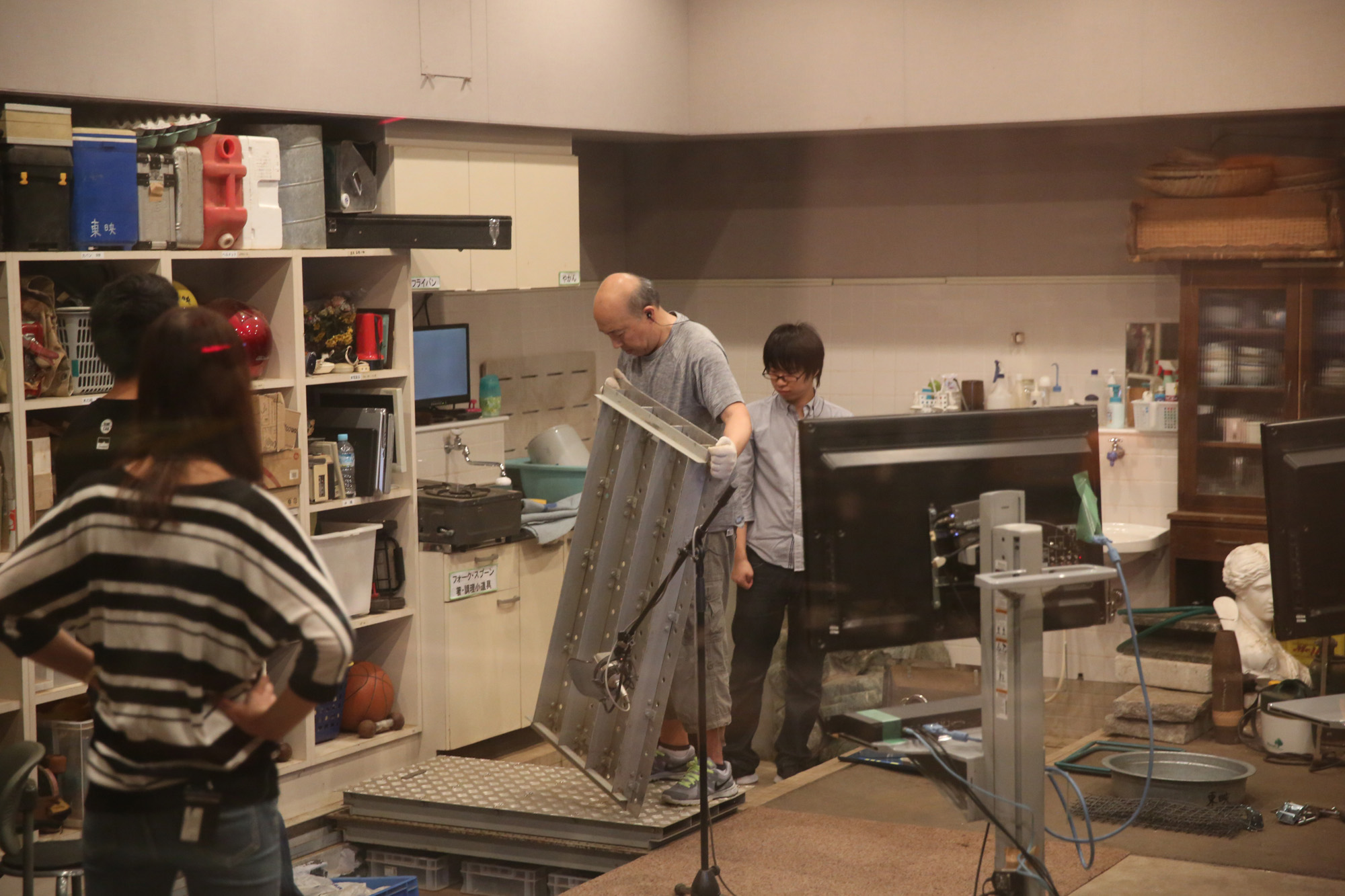 Rubbing these huge metal plates together created a rasping sound that you can hear when Engels, the giant machine lifeform, moves. Of course, there are all kinds of great sound effect libraries on the market for sound designers to use. But the literal hands-on approach lets you create the exact scraping sensation you’re after. (On the other hand, sound libraries aren’t nearly as heavy…) 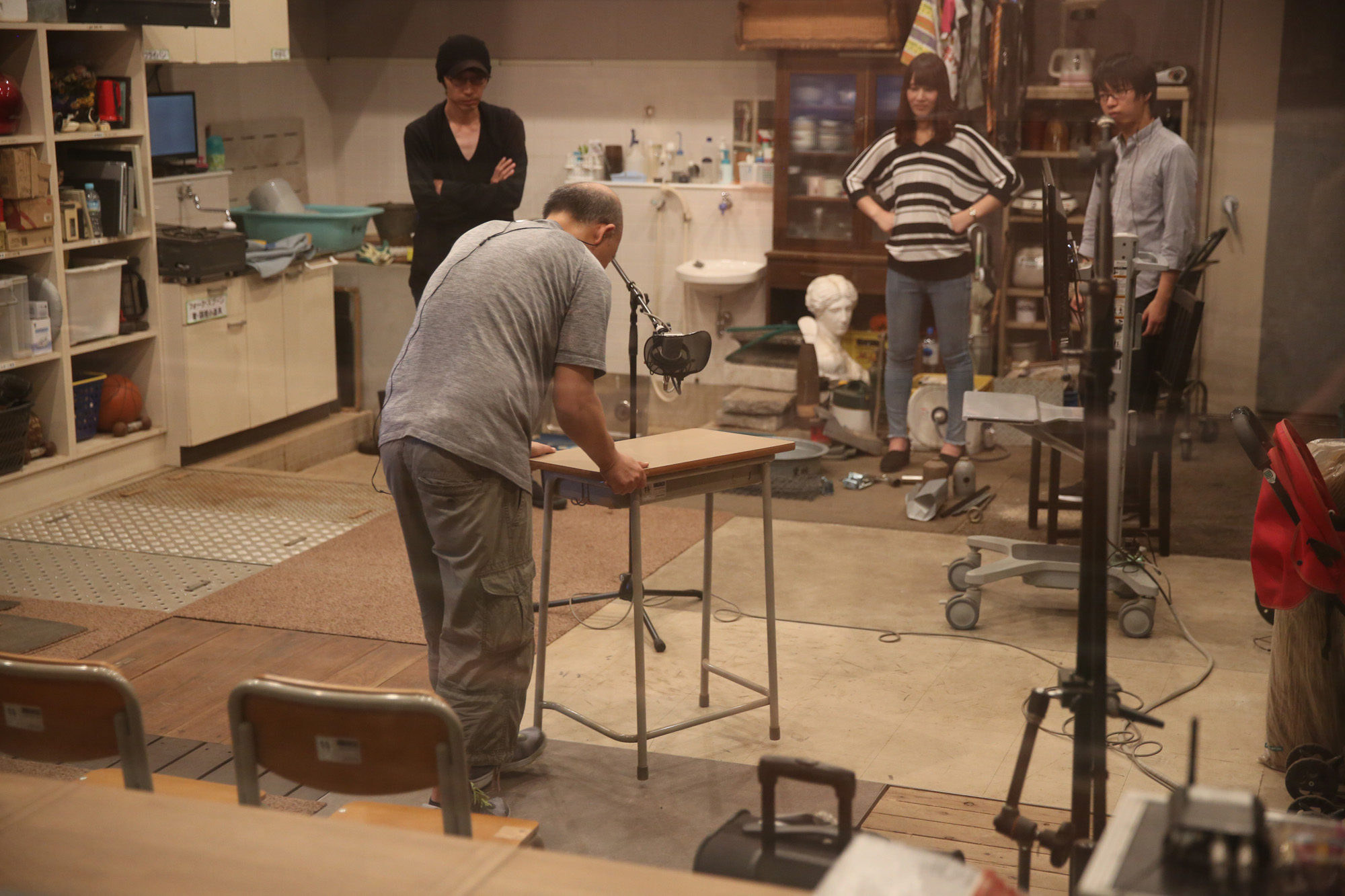 Hearing this desk squeak against the floor brought back vivid memories of my elementary school days. Again, hands-on foley work gives all your recorded sounds a personal touch. The machine lifeforms are machines, but they also have a certain warmth about them that this allowed us to capture. 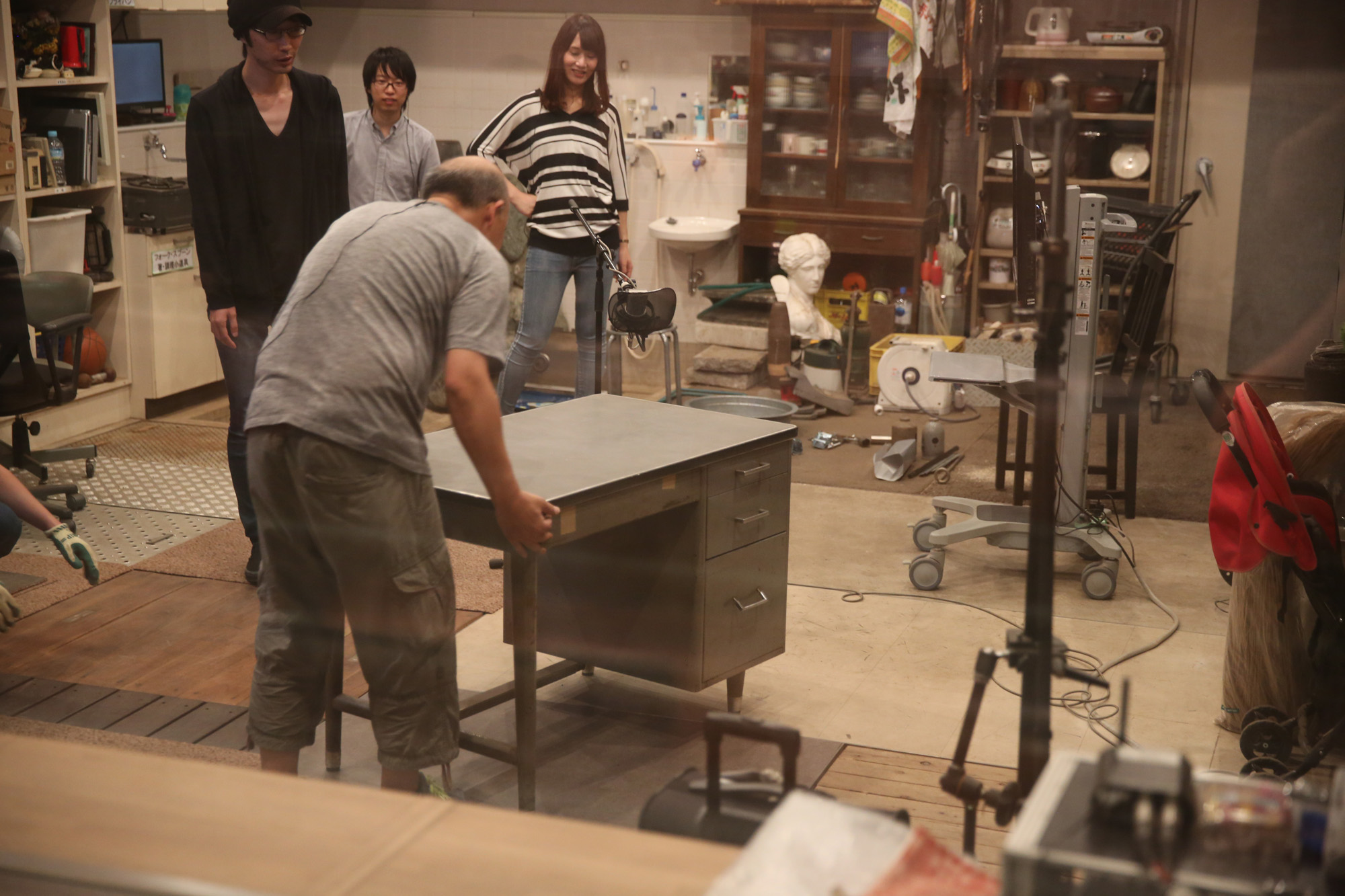 It may look like a bunch of junk at first, but it was all put to good use to bring memorable sounds to the world of NieR:Automata.

There are two types of mechanical characters in NieR:Automata. On one side are the androids – Almost human, but cold and futuristic. On the other are the machine lifeforms – Far removed from humanity, but warm and familiar. We aimed to convey this difference even in the sounds that characters make as they move. I think our foley work was particularly effective for creating the warmth of the machine lifeforms.

Of course, foley recording wasn’t the only technique we used. Lots of the cutscene sounds in NieR:Automata started in the foley studio, then got augmented with synthesized sounds, or mixed with ambient recordings, or had voices added to arrive at the final effect.

What do you think? It may be hard for the average person to imagine what a place where sound effects are made looks like; as you can see, in fact, it’s a pretty active place! If you’re out of shape, you’ll find yourself out of breath in no time.

As for the ambient environment sounds, most of those are actual field recordings. Since PlatinumGames’ office is located in Osaka, one of Japan’s largest cities, we often had to get out of town to record the natural sounds we wanted. Remember the refreshing sound of the river outside the Resistance Camp? You can hear it live and in person if you ever visit the Kansai region of Japan!

For the sounds of the factory ruins area, we took a trip down to Osaka’s shipbuilding district and recorded sounds around there. While we were recording, several factory workers mistook us for a TV crew and posed for us! I guess they didn’t notice we hadn’t brought a camera…

Sound effects don’t often stand out very much, but we made NieR:Automata’s with close attention to acoustic techniques and sound quality. Please keep an ear out for them, especially in the quiet moments between pieces of background music! 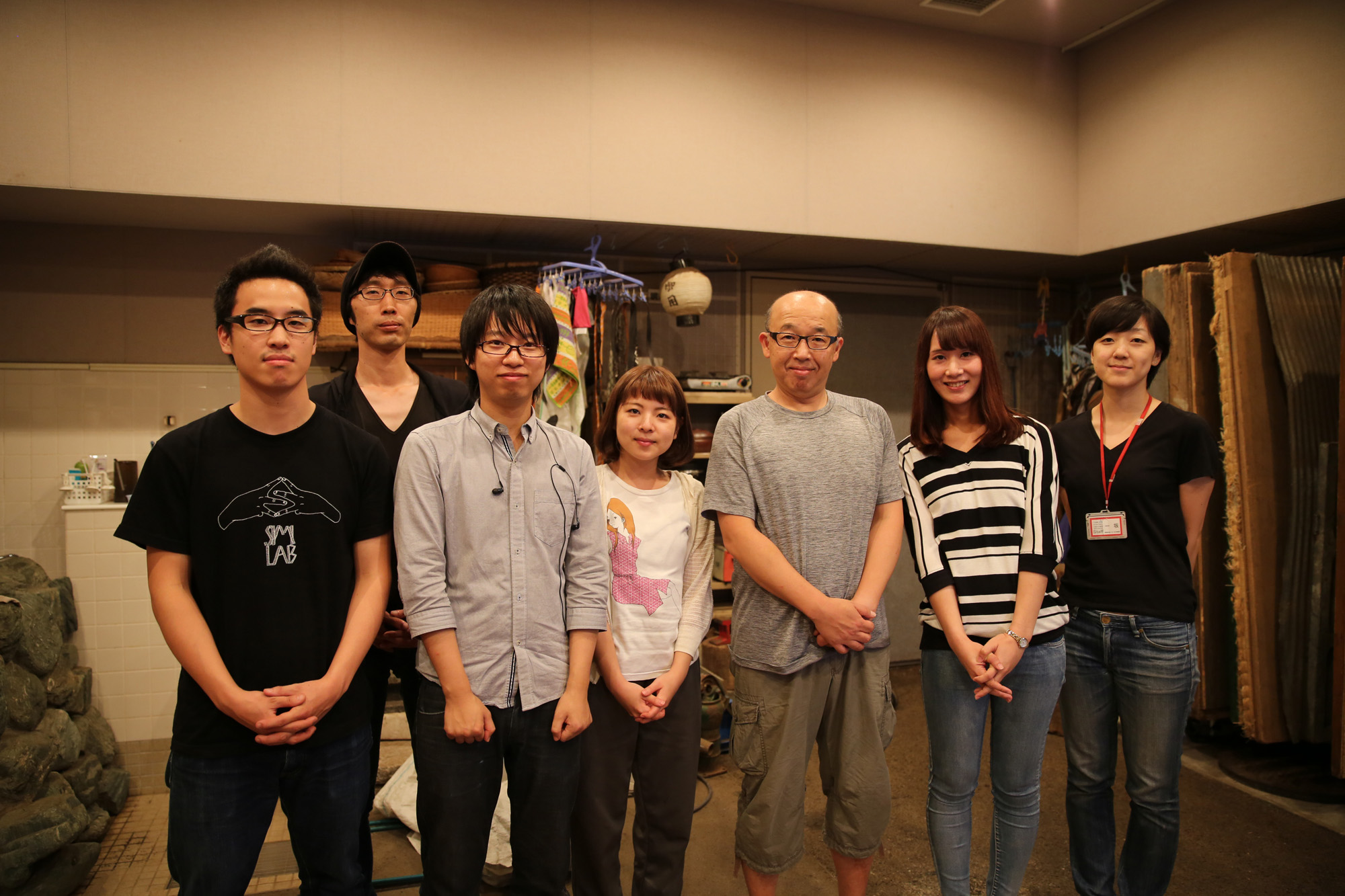 Posing with the Square Enix and beBlue teams.

Misaki Shindo
Misaki Shindo has surrounded herself with music for years, from playing in an indie band to working at a musical instrument shop. She joined PlatinumGames as a sound designer in 2008. Since then, she has played many roles in making our games sound great – Bayonetta, Bayonetta 2, The Wonderful 101 and more.
Shindo worked as the lead sound designer on NieR:Automata, handling not only sound effect creation and Wwise implementation, but also building the systems for all sound effects in the game.