A team of heroes from around the world must UNITE to protect the earth from vicious alien invaders!

This band of 100 Wonderful Ones works together using their fantastic abilities to create a variety of forms. Whether it be a giant fist or a sharp blade, they’ll use their wits and power to overcome the enemy’s pitfalls and perils!

And the final member of this team of courageous heroes—is you. 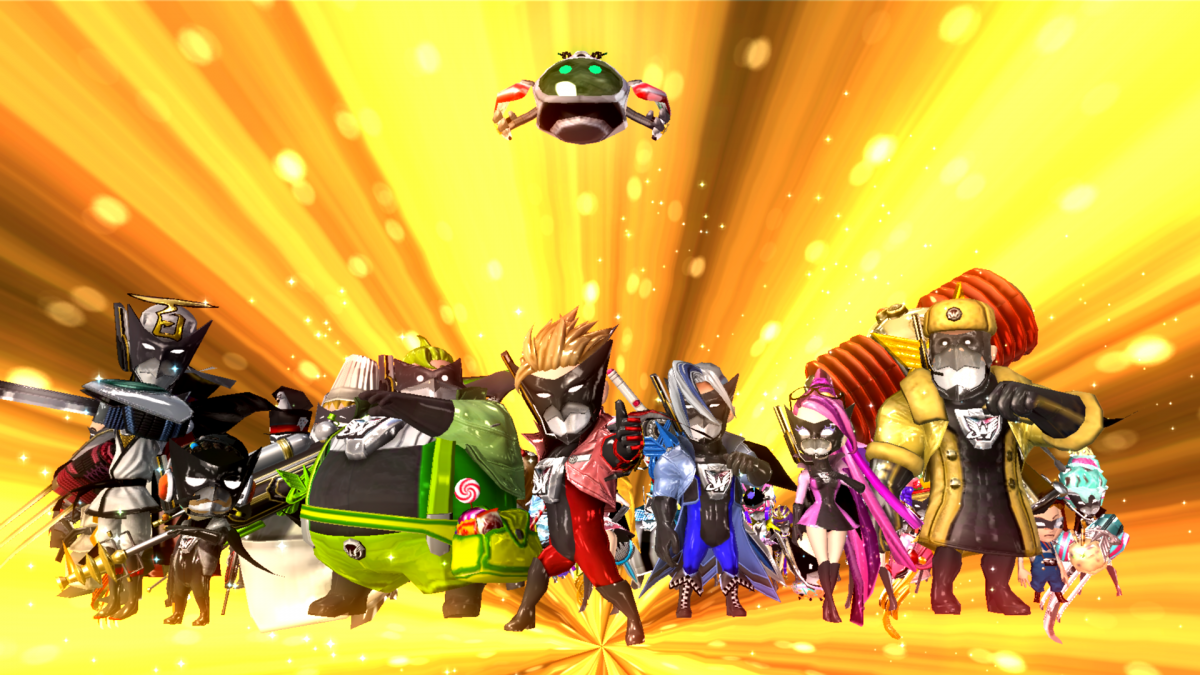 About seven years ago, we released The Wonderful 101. I’ve moved up to become a member of the PlatinumGames executive board, but back in those days, I didn’t think very much about the business end of things (okay, I’ll admit that maybe I still don’t). I devoted all of my attention to creating games that met my own personal standards. The Wonderful 101 was the sixth game I’d directed throughout my career. Unfortunately, I can’t say it was much of a success, from a business standpoint.

But I’ve also never thought of it as a failure. I didn’t back then, and I don’t today. That’s because, to a game creator, a game is only a failure if it disappoints the gamers who play it. From the start, The Wonderful 101 didn’t quite reach a large enough audience for me to clearly call it either way.

So regardless of how The Wonderful 101 fared in the marketplace the first time around, I’m considering this a chance to show it to the world again. I’m looking forward to seeing how it measures up.

The Wonderful 101 has gotten this miraculous second chance thanks to all of you who’ve told us you wanted to play it, as well as the passionate PG staff who worked on it with me. We’re delighted to see it return on Nintendo Switch, PlayStation 4 and Steam.

This isn’t just a simple port, either. We’ve tuned the controls for each new platform and made several adjustments that should make it easier to grasp and play. On top of that, we’ve improved the image quality and frame rate to suit modern hardware. On the whole, I’d say The Wonderful 101: Remastered is the definitive edition of the game!

We’ve loaded The Wonderful 101: Remastered with as much Platinum spirit as we could. I sincerely hope you’ll all play it and let us know what you think! 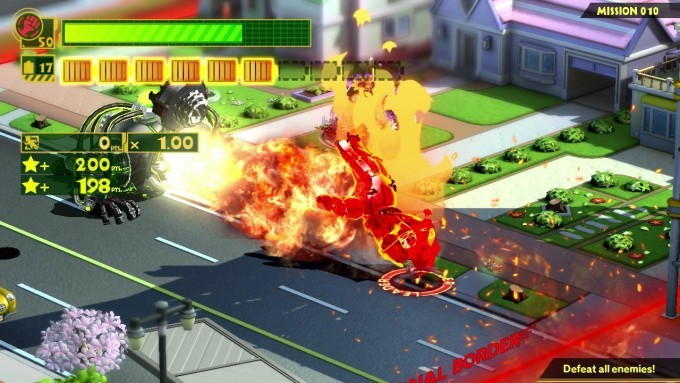 The Wonderful 100, a group of transforming superheroes from all ends of the earth, assembles to stand against a mysterious race of alien invaders. And you’ll be leading all 100 of them! With their powers combined, these heroes display the unique abilities and destructive power like never seen before!

With their will united, these heroes can morph into various weapons and items. Fly through the sky, shatter the ground, use everything at your disposal to escape evil’s clutches! 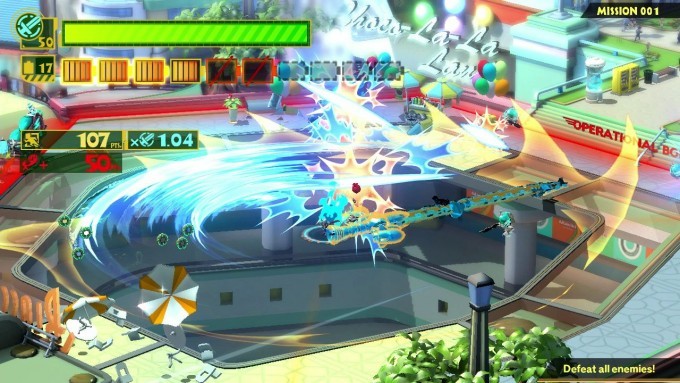 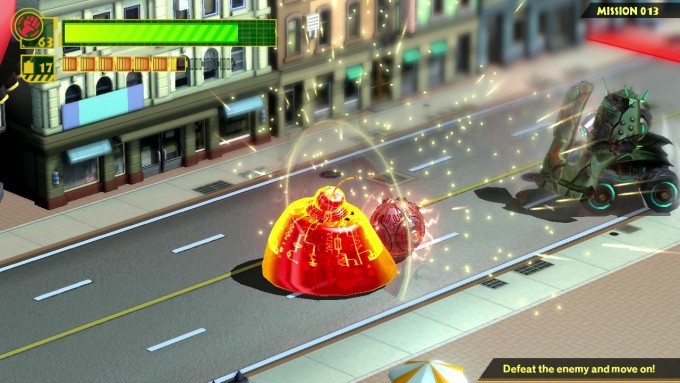 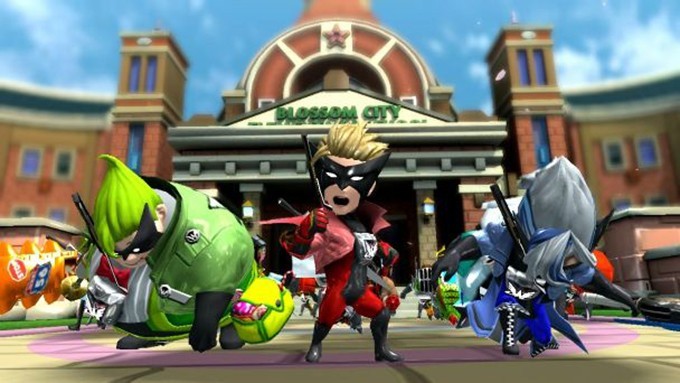 Coming from all parts of the world, this elite squad of 100 costumed superheroes includes some pretty unique characters! Though varying in age, nationality, and (above all) personality, these heroes are brought together by their will to protect their beloved planet from the hands of evil.

Watch as our heroes grow and learn about themselves in a journey packed with adventure, conflict and friendship. 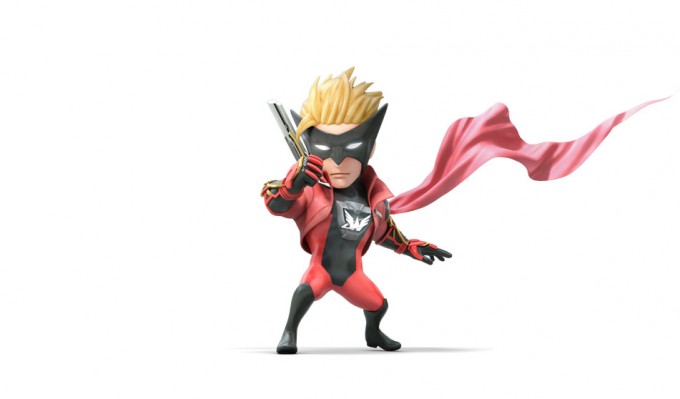 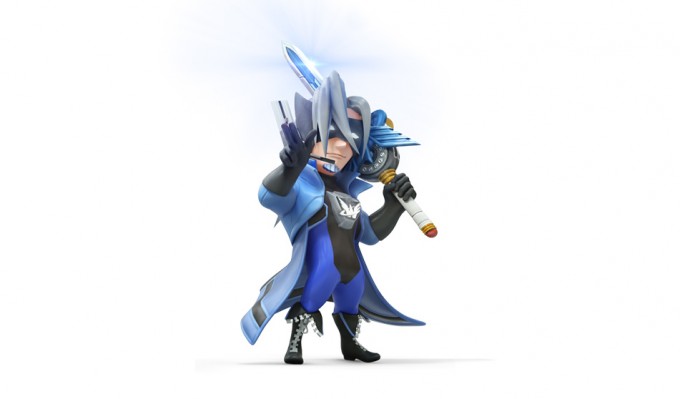 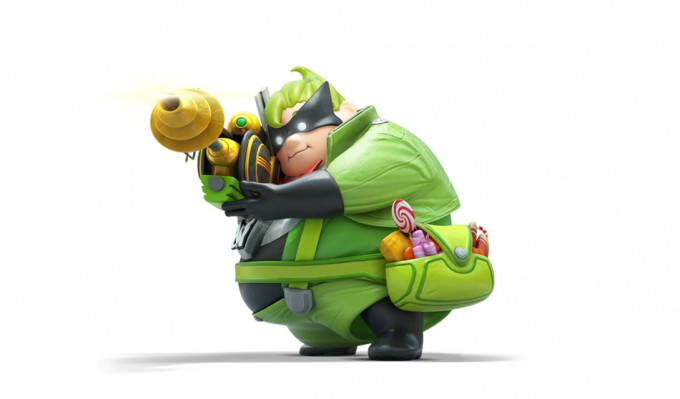 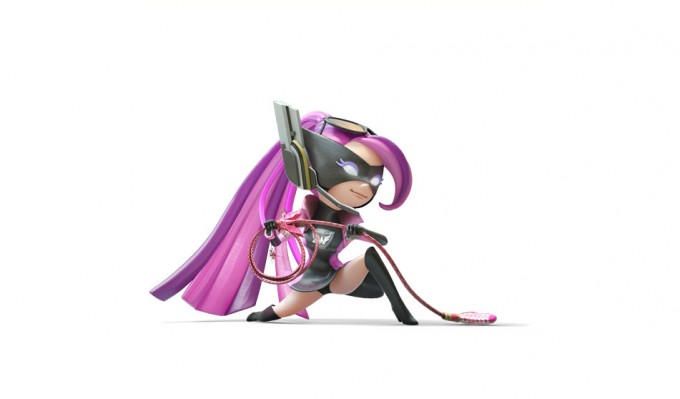 Wonder-Bayonetta joins the battle! The Wonderful 101: Remastered Wonder-Size Cadet Free Demo is out!

These are the people who graciously supported our first ever kickstarter project!
MORE

Message from Hideki Kamiya, director of The Wonderful 101

PlatinumGames launches a Kickstarter campaign to bring The Wonderful 101 to additional platforms and add new modes and other enhancements.
MORE

The Wonderful 101 is featured on Nintendo’s “Iwata Asks” web feature, including interviews with director Hideki Kamiya and other development staff.
MORE

Both volumes of the original soundtrack are released on iTunes, and Sumthing.com.
MORE

Director Hideki Kamiya appears on Nintendo Direct to talk about the game.

If you have any questions, please first try reading our FAQ.
If the FAQ does not contain a solution to your issue, please reach us on our contact form.

Q1 Which platfoms can The Wonderful 101: Remastered be played on?

The Wonderful 101: Remastered can be played on the Nintendo Switch, Playstation®4, and Steam.

Q2 What languages does The Wonderful 101: Remastered support?

The Wonderful 101: Remastered offers text in Japanese, English, French, Italian, German, and Spanish, with Japanese or English options for voices.

Q3 How big is the digital version of The Wonderful 101: Remastered?

The data size per platform is as follows:

Q4 What are the minimum specs required to play the Steam version?

Please see the System Requirements on the store page for The Wonderful 101: Remastered.

Q5 What are the diffrences between the different platform versions?

The content of all versions is essentially the same.

Both the physical and digital versions can be used with the Playstation®5, but some features may not be available. Please see the following for details:
https://www.playstation.com/support/games/ps5-backward-compatibility-games/

Q7 This game is too difficult!

The “Normal” setting is difficult even for action game veterans, so we recommend trying “Easy” or “Very Easy” for first-time players.

Q8 How can I change the difficulty level?

Q9 Is there any DLC planned?

On June 16th, 2021, we released a new “Time Attack” mode as free DLC.
We have two additional DLC in the works featuring Luka as a main character with side-scrolling gameplay, currently titled “Luka’s First Mission” and “Luka’s Second Mission”. Release dates and prices for these DLC are TBD.

Q10 Can I upload or stream gameplay of The Wonderful 101: Remastered?

You can upload and stream gameplay in accordance with the  guidelines we have created, which you can see here.