Today marks the beginning of our ASTRAL CHAIN developer blog series! Going forward, we’ll be sharing blogs from various members of our ASTRAL CHAIN team, giving you some extra insight into all the work that went into the game. I hope you enjoy this inside look at the game development process.

To start off, think back with me to the Nintendo Direct on February 13, 2019. That’s when the world outside our offices got its first look at ASTRAL CHAIN as we unveiled the first trailer.

Throughout the development of ASTRAL CHAIN, I’ve become well acquainted with the joys and the struggles of creating a completely new, completely original title. Each day brings new challenges to overcome. But then, last February, we finally gave the world a glimpse at the fruits of our labor. And now, we’re so very close to the release date! All that time’s passed by in a flash.

With this trailer, the world got its first-ever look at the main character as they call their Legion – their powerful, living weapon – to their side. This was our first chance to show off ASTRAL CHAIN’s concept of Synergetic Action: one player using two characters to take down enemies. 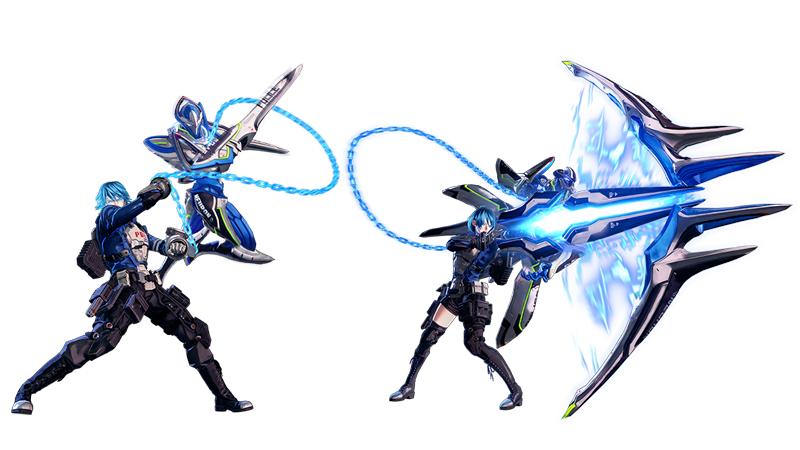 As you play ASTRAL CHAIN, you’ll give orders to your Legion and use them for flashy pair attacks. But that’s not all! You and your Legion will do so much more together than simply attack your enemies.

For example, you can use the Astral Chain that connects you to your Legion to restrain targets… 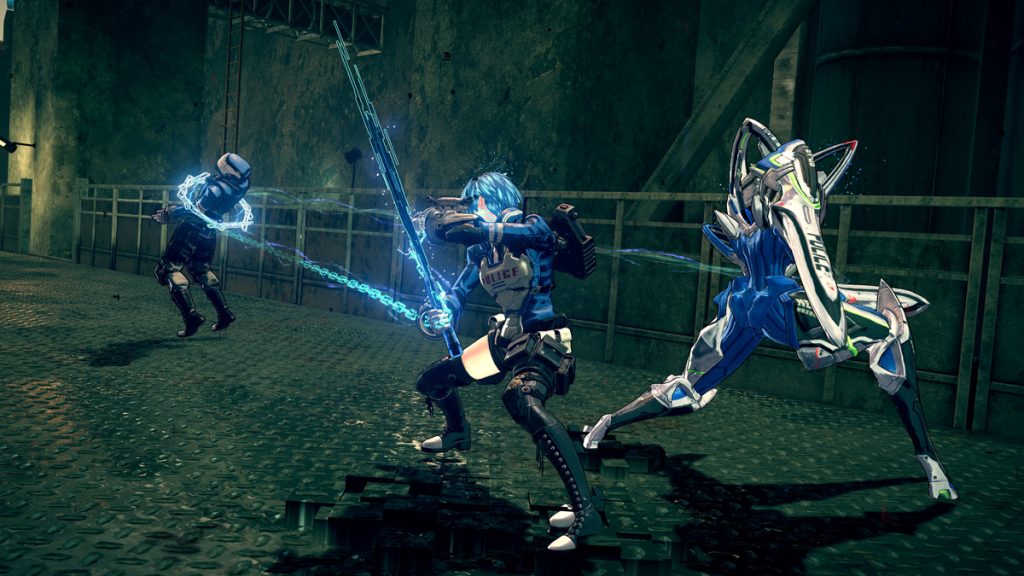 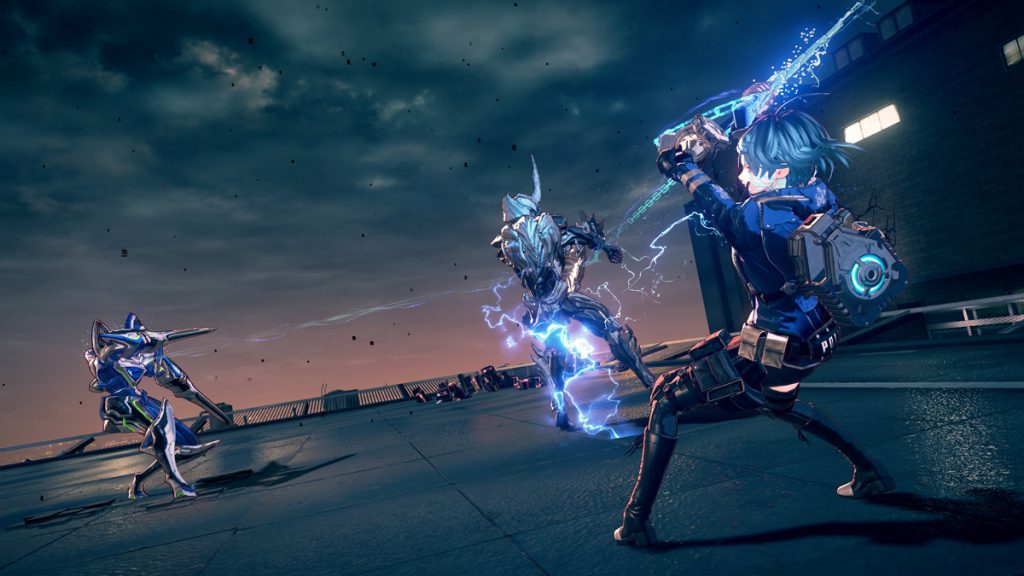 … or to pull yourself towards your Legion to jump to hard-to-reach places. 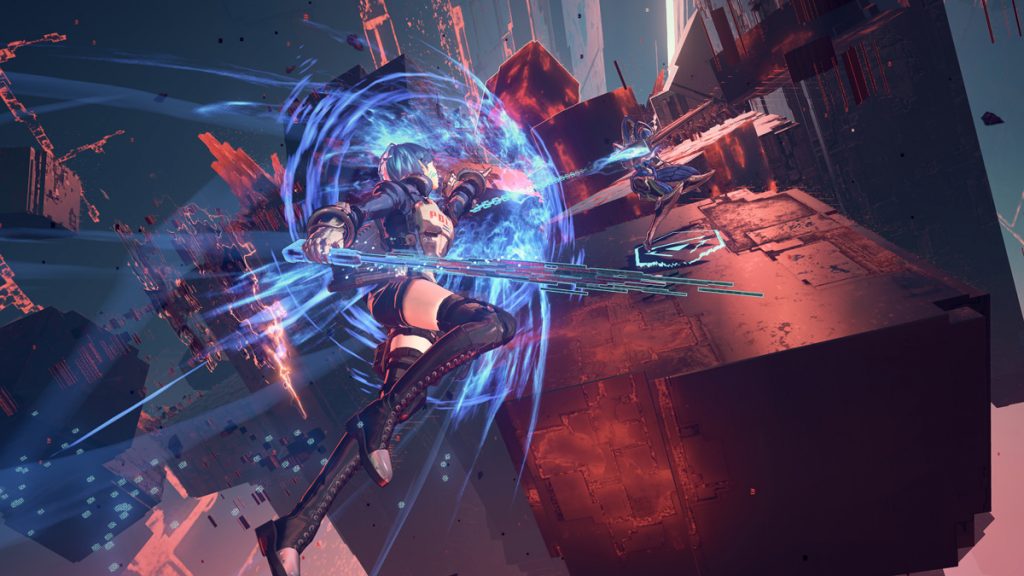 Whatever situation you find yourself in, there’s probably a Legion type that can help you out. 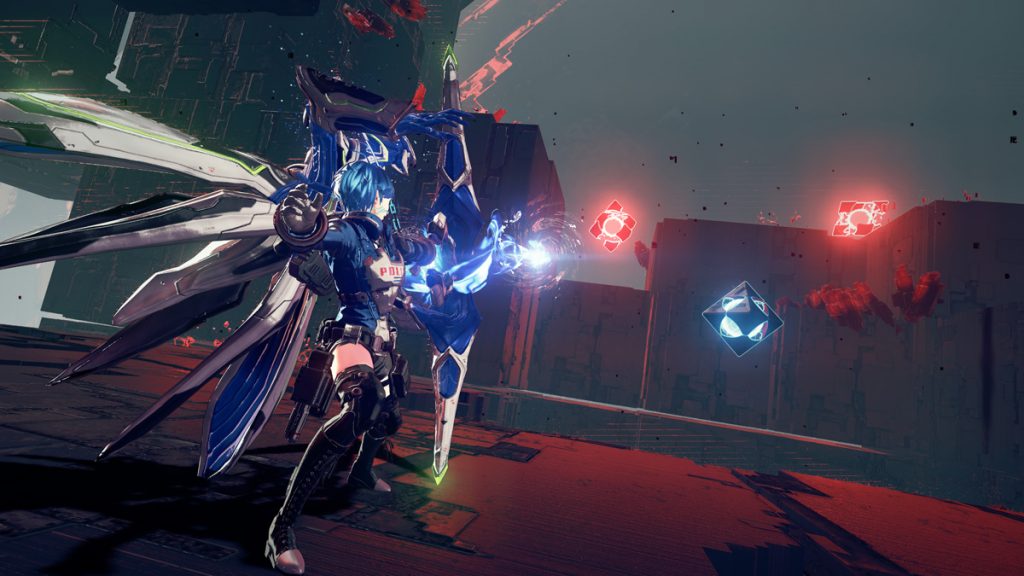 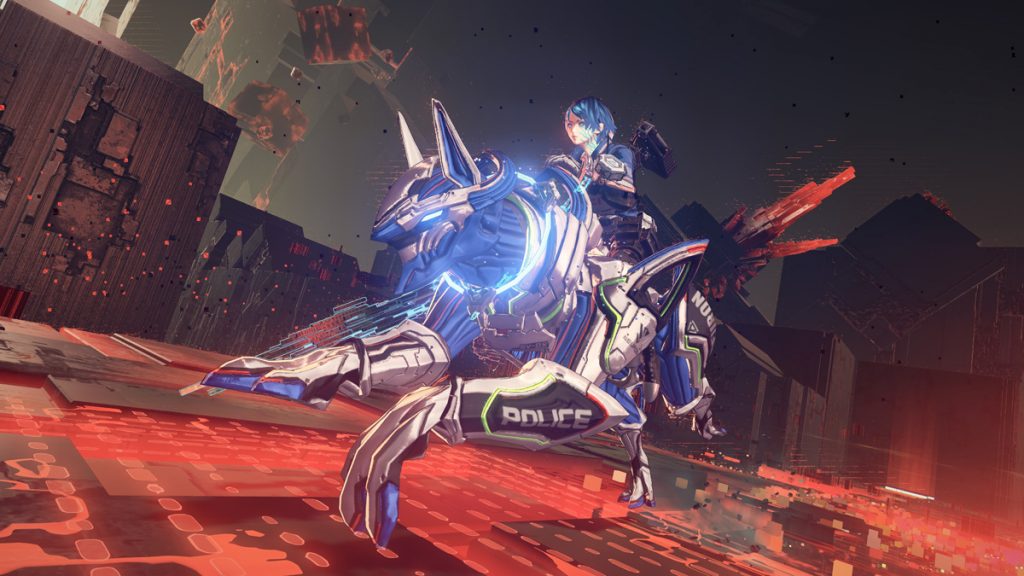 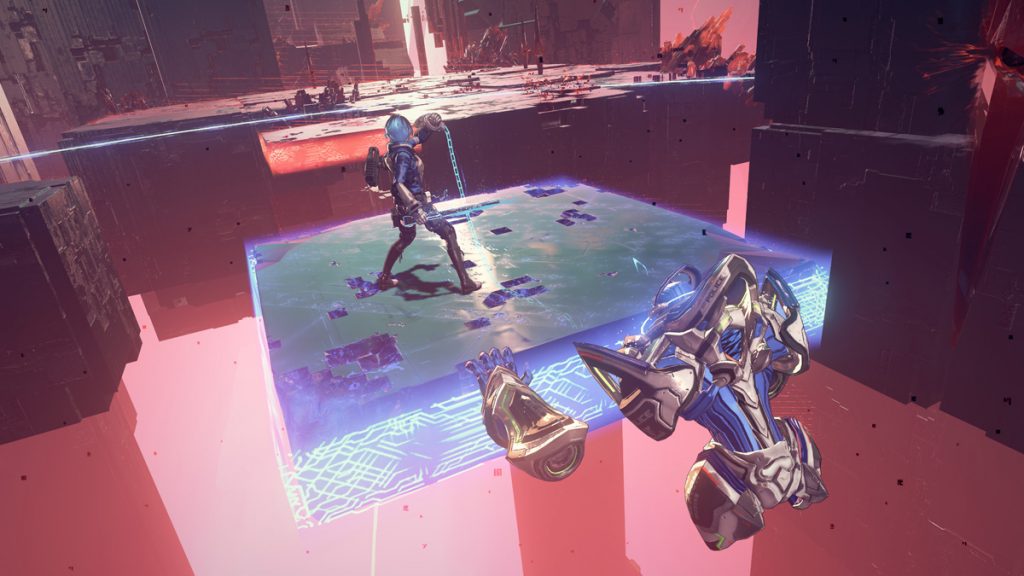 This connection between two bodies, the main character and their Legion, is the conceptual foundation of the action in ASTRAL CHAIN. You could say we’re quite attached to it.

As the game’s release date draws closer and closer, we’ll have more chances to tell you even more about the Synergetic Action at the heart of ASTRAL CHAIN. Please stay tuned!

Now, I know there are some of you out there who aren’t too comfortable with action games, even when you only have to control one character, let alone two. Don’t worry! We’ve been hard at work on a gameplay mode that will let you enjoy ASTRAL CHAIN on your own terms. We’ll have more information about that for you soon, too.

For a while now, I’ve been trying this and that, attempting to come up with a whole new style of action game. All that stumbling has finally led me to ASTRAL CHAIN. It’s been a quite a journey, and now I’m proud to show you – drumroll, please – the second trailer!

This trailer provides more information about the chimeras that you’ll be facing, as well as the origins of the Legions you’ll use to fight them. It also gives you your first look at the chimeras’ homeland – the strange, alien Astral Plane. It’s just a glimpse, but if you watch carefully, there’s plenty it can tell you about the world of ASTRAL CHAIN.

The special site is also now online! Hopefully between the trailer and the site, we’ve given you enough ASTRAL CHAIN info to tide you over for a little while…

August 30 will be here before you know it…

But until then, I hope you’ll keep an eye on the official site and our devblogs to make sure you’ve got all the latest ASTRAL CHAIN information we can provide. Thank you for reading!

Takahisa Taura Follow @pg_taura
Since joining PlatinumGames, Takahisa Taura has worked on MadWorld, Anarchy Reigns, Metal Gear Rising: Revengeance, The Wonderful 101 and The Legend of Korra as a game designer. He specializes in designing gameplay actions for both player and enemy characters. As senior game designer, Taura played a major role in the action of NieR:Automata. He’s currently working on ASTRAL CHAIN – his directorial debut.