Not just an animator – a game animator 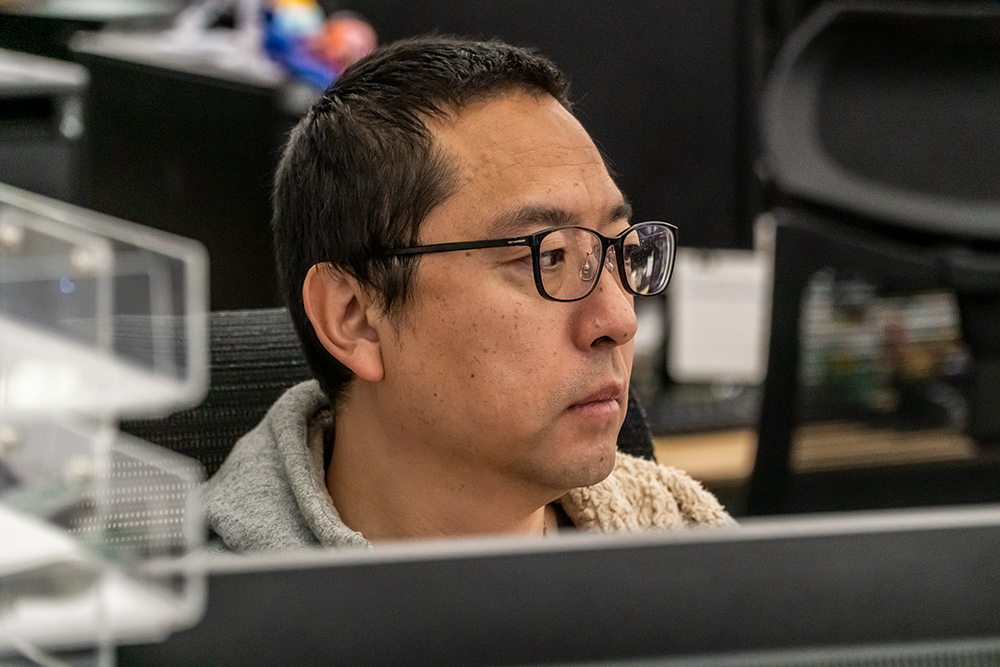 Connecting with the Player through the Controller

The culture at PlatinumGames encourages each of us to go beyond our exact know-how and get involved in the game design aspects of the features we’re working on. There are a few things that are absolutely critical to the kind of action games we make at Platinum. We must give players a sense of control over their character. We must make that character’s attacks look and feel thrilling to perform. And we must ensure that their enemies’ attacks are easy to identify, while also having plenty of variety. Good character animations can’t be mere one-and-done assets. Animators, especially at PlatinumGames, have to think of themselves as game designers, with animation as the medium through which they design.

Let me give an example from my career. Without naming any names, I worked on this one game where the player character was a wolf. To make that wolf move correctly, I filled my head with how real wolves actually move; I studied their anatomy and watched lots of reference footage. With that knowledge in mind, I blocked out my animations for wolf-y movements, tested them in-game, polished, re-tested and re-polished, again and again, until I was sure I had animations that made it feel great to be a wolf.

When I was lead animator on Bayonetta 2, I set out to build combat around enemies that felt powerful, but also believable. That required creating combat animations that looked extremely cool and satisfying, without becoming so unrealistic that they taxed players’ suspension of disbelief. I focused all of my prior experience animating games on that goal. I pored over each enemy’s concept in painstaking detail, trying to think of what kind of attacks they would have, and how many each one would need. I think the result of all that experimentation and variety is a rich, satisfying combat experience, worthy of the Platinum name.

Player character animations are a vital part of helping players connect with their characters, through the controller in their hands. And animating their foes is a major part of designing satisfyingly heated battles for them to overcome.

The most fun part of the job is seeing all of our game creators, across each discipline, suggest and try out all sorts of different ideas as we create. We’re not working off of immutable design documents, handed down from on high; each member can take full control over the features that they’re working on. It takes a lot of self-motivation to come up with ideas, implement them, check them, fix them, and repeat. When that cycle is going well, the opportunities for learning and discovery are practically endless. When you see an idea taking playable form, and put your hands on it and discover that it’s fun – There’s nothing in the world quite like that moment.

One such moment that lingers with me came when I was working on Vanquish. Specifically, when I was animating the enemy “Unknown.” I’ve had plenty of opportunities to work on the technical side of 3D CG animation since its early days, so the Unknowns were far from the first transforming, unstable characters I’d ever been tasked with animating. Still, Unknowns – essentially moving, shape-shifting scrapheaps – were quite a unique concept. They had plenty of moving parts to play with, which meant a very long process of trial and error when animating their actions. After all that, it was incredibly satisfying to see them finished in the game. (I do wish I’d been able to make them a bit stronger, though!)

Finding the Fun in Trial and Error

As I said, I’ve worked on 3D action games since the genre itself was still new, and I’ve learned some important lessons along the way. If there’s one thing that I want to impart to everyone around me, it’s the importance of thinking and acting like you’re not just an animator – but a game animator. I’ve also picked up a few points that help projects go more smoothly throughout my career, and I strive to share some of that managerial know-how as well. Building up work experience like that goes hand-in-hand with personal growth and evolution.

If you aren’t constantly trying new things, you won’t make great games. You have to adopt a flexible, experimental style. So I want to work with people who are constantly thinking about how to bring concepts into reality, and who sincerely enjoy learning from trial and error. If you’re passionate and aspirational – not just about games, but about yourself – then please consider working for PlatinumGames!