We All Aim to Surprise 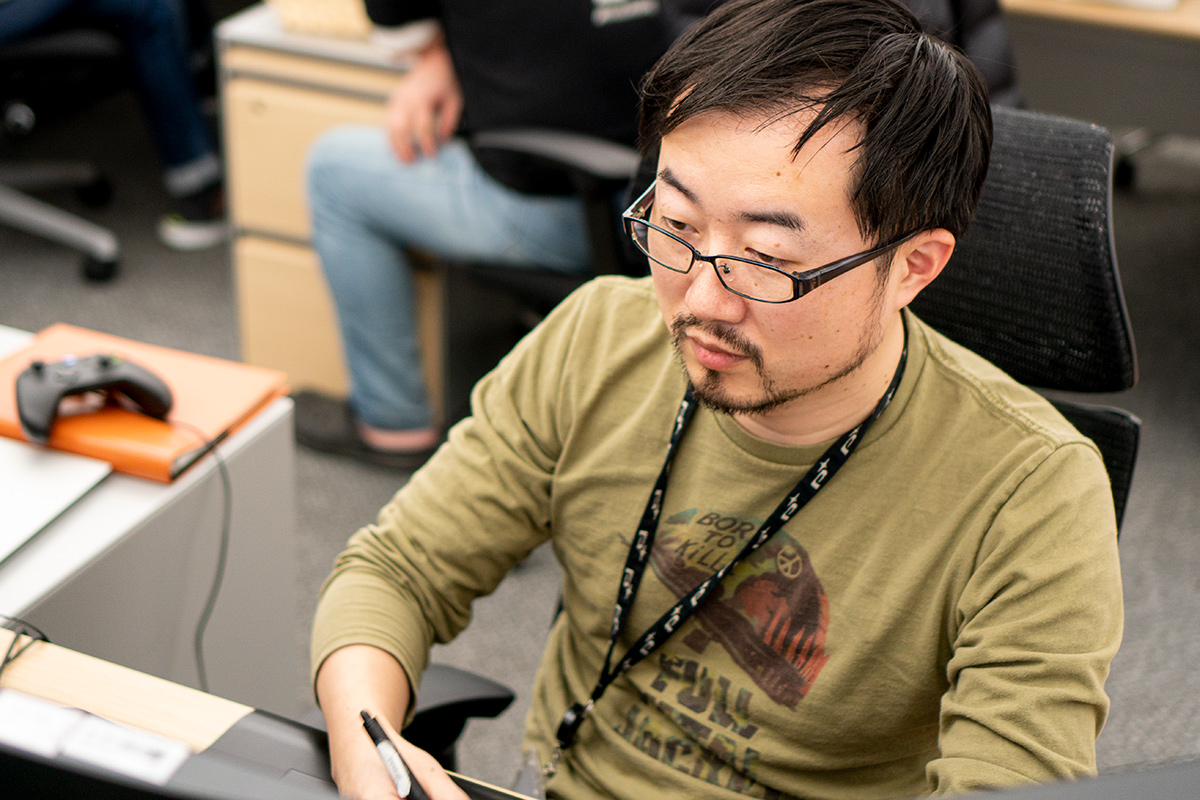 Playing Along with Your Coworkers

I was responsible for modeling the main characters’ faces on Metal Gear Rising: Revengeance. Metal Gear is a long-running, beloved series, known for its high quality, and packed with memorable characters. You can imagine how much pressure I was under, making faces for new additions to such a beloved cast.

From the beginning, I knew that I wanted to make MGR’s characters every bit as unique and memorable as the ones that appear in the main Metal Gear series. I got together with the concept artist, and we came up with two main pillars to support the facial designs:

With those rules set, we tried a few different approaches. Sometimes we’d start with concepts for faces with unique characteristics, then work to make them anatomically realistic. Other times, we’d start with realistic faces and add quirks and unique points. It was a long process of trial and error between me and the concept artist.

I was fastidious about these faces, and I probably got on a few other coworkers’ nerves a bit with all my tweaks and adjustments! The characters’ appearance can make or break a game’s believability, and I remember making countless minor requests of our facial animators in particular. I’m sure my modeling gave them lots of hard work to deal with, too. But still, they responded to every improvement I made to the facial models with even better facial animation! It was a delight to watch those characters I’d modeled come to life – all throughout development, I could hardly take my eyes off the in-game cinematics they were working on!

In the end, I think I succeeded in helping make the cast of MGR truly memorable. I definitely couldn’t have done it without coworkers who were willing to play along with me and my detailed directions.

I think I speak for everyone here, in every section, when I say that it’s a lot of fun to watch your work get a reaction out of people. But it’s especially true for character modelers! Since our work is directly visible in the game more or less at all times, we’re extra motivated to surprise and wow people. It’s hard not to feel that rush of self-confidence at a test play, when a particularly impressive model comes on screen and draws a crowd.

Everyone at Platinum shares the urge to do the unexpected. There were certainly times on MGR when attention to minor detail led to surprising results. For example, I was asked to model an “out-of-place, cutesy magazine” for one particular scene. Since that magazine could be flipped through in-game, I had to fill in pages on the inside, too. Our illustrators made up a fictional girly anime for the magazine to be about, and as we worked, we started to think more and more about what that anime might be like. Word eventually reached the director and game designers, who added their own ideas to the mix. Once all the illustrations were done, we decided to have a few real-world hard copies of that magazine printed up to share around the office. It was a lot of effort for such a minor detail, but such serious devotion to playfulness is common at PlatinumGames. Again, everyone wants to do the unexpected.

It’s a character modeler’s duty to boost the quality of the game by making its characters look great. But the most important goal isn’t to make a great-looking game; it’s to make a fun game. That means modelers can’t stay isolated. We have to keep an open mind and get involved in other ways, too. For example, in addition to my work as a modeler, I help out with character design, and occasionally try out scripting and testing out tools like Houdini. Right now, I’m trying my hand at art direction with BABYLON’S FALL.

I’ve always liked learning new skills, but before, I was never sure how I could apply the things I’d learned in a practical way. But all of those seemingly disparate skills can be put together towards the goal of making fun games. Luckily for me, that sort of experimentation is prized at Platinum. I hope in some way I’ve become a role model for my fellow character modelers, showing them new ways that they can contribute to game development.

It’s important for everyone on a development team to bring the same level of enthusiasm to their project. When you’re on your own, no matter how lofty your goals are, you’re going to hit a wall sooner than later. It’s very difficult to bring your full vision to fruition without help. At Platinum, there’s plenty of people who’ll jump in to join you on your next challenge. Game development can feel like a hard climb sometimes, but you’ll be climbing with us, and together we’ll definitely reach the summit. We can always use more allies.