“Okay” is Not the End 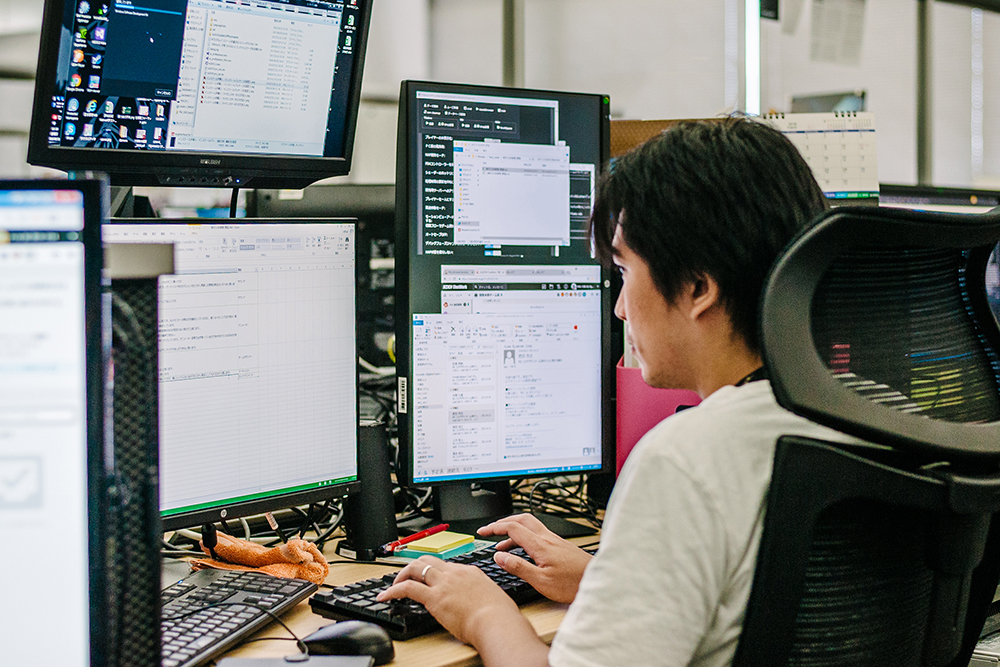 I Sure Hope This Works…

Back when we were making Bayonetta 2, I was assigned to the project as an application programmer. That put me in charge of implementing the various gimmicks and happenings that players encounter as they play through the levels. All told, I was in charge of about eighty percent of all the levels in the game. Out of those, the one that left the biggest impression on me was the prologue stage, which we used for the playable demo. I worked together with one of my colleagues from the environment artist team to work out how the level should look, and we ended up cramming it with environmental detail. Way more detail than normal.

“See that spot Gomorrah hits with his hand? That needs to get busted up!”
“We should change how the flame damage looks over here.”
“What if we destroyed the environment behind them while they fight?”

So on and so forth, to the point that even now I clearly remember worrying about whether or not the processor could handle it all, even while I was doing it. Nearly every day, we’d add something new, the processor load would increase, and I’d scramble to adjust it and bring it back down. In the end, I think that prologue does a great job of conveying the big, climactic feeling of the game as a whole, so all that hard work paid off.

Speaking of Bayonetta 2, did you unlock the hidden Star Fox version of the shooter levels? I spent a lot of time adjusting those to make them feel just like Star Fox 64. Playing and loving Star Fox 64 so much as a kid, it’s safe to say I never thought that someday, I’d go in to work and try to replicate it as closely as possible. Life’s funny like that. Star Fox 64 has a unique control scheme where you move your crosshairs and your Arwing follows behind, and you’d be surprised how much work I had to put in to getting that just right. Luckily for me, I copied it accurately enough to earn Nintendo’s approval!

As application programmers, players will directly interact with most of our work, and so we need to make sure that what we do is fun. Our first goal is making something that the people around us in the office enjoy playing. Personally, I get a kick out of seeing their reactions… Let me give you an example.

In the NieR:Automata prologue, there are enemies named Marx and Engels, right? And they’re much stronger than all the small-fry enemies that you encounter leading up to them. I spent a lot of time tweaking that gap in power to find the exact experience I wanted to give players: I wanted them to breeze through the minor enemies, feeling sleek and powerful, and then suddenly run into a much bigger challenge. Once the game came out, I heard that plenty of users struggled with that rude awakening, exactly like I hoped they would.

But the first to taste that suffering was the game’s producer. Those of us who created that enemy started clapped and cheered as it wiped the floor with him during one of our regular play checks. Just another day at PlatinumGames!

At Platinum, we do a lot of play checks. The whole team gathers in front of a big screen TV to watch someone play the game we’re working on. It’s an exciting chance to watch all of our hard work take form, and also adds a little extra motivation: While making enemies for Bayonetta 2, for example, part of me would think, “How much can I make the director and producer suffer?”

Even if a part of the game passes an initial check, there are more checks to come – and more chances to add new patterns or attacks to make enemies even stronger. Okay, maybe that makes the first check a little pointless… Anyway! Even if something gets the producer’s “okay,” that doesn’t mean we can’t pick it back up again if we find another way to make it even more fun. That’s how our games get to Platinum quality. And as it turns out, striving to make things more fun can be pretty fun in and of itself.

Not Just a Programmer – a Game Creator

Rather than a “programmer,” I prefer to think of myself as a “game creator.” That’s because I think that it’s important to make contributions beyond just programming to make our games as much fun as they can be. You can’t let your job title dictate everything you do. At PlatinumGames, we’re always on the lookout for “game creators” because we know that fun is something you have to approach from all sides. Sometimes that means attacking from a different angle than just programming, even if you’re a programmer. As a Senior Programmer, I hope to inspire the rest of my team to take the initiative to think of themselves as game creators, too.

I feel that recently, many programmers aren’t just thinking about making games – sometimes, they’re even more focused on making environments for making games. But the truth is programming is only one way to contribute to a game. I think there are good ideas for great games that programmers, specifically, can think up. If you’ve got the technical knack that programming requires, but you also want to challenge yourself to step outside of that box and approach fun from different angles, I’d love to work with you.